Where Is Chiquita Tate’s Family Now? 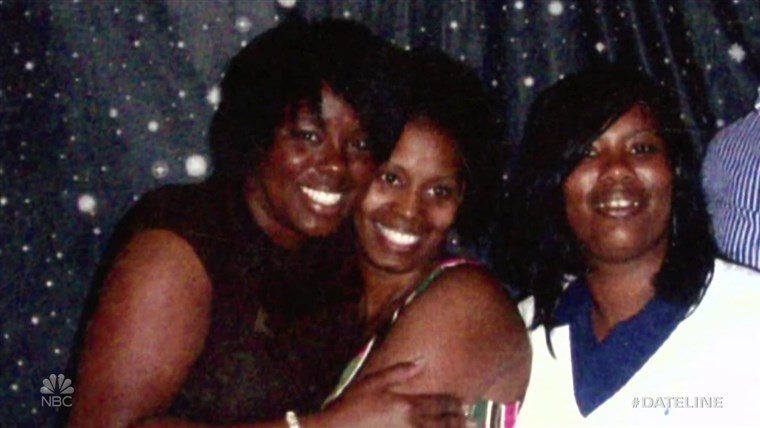 The savage slaying of a criminal defense attorney named Chiquita Tate, that transpired back in 2009, has been the subject of a few true-crime investigative journalism shows over time. Adding to ‘Crime Watch Daily’ and ‘In Ice Cold Blood’ by Oxygen in this is NBC’s ‘Dateline’ with their episode ‘Shining Star.’ Telling the story of how Chiquita was found murdered in her office where she was supposed to spend all night preparing for a high-profile case, the episode delves deep into the reality of what happened to her with the help of law enforcement officers, other attorneys, and her family members. Chiquita’s sister Danita Tate had the most prominent role.

Chiquita Tate was born on October 15, 1975, to Catherine Tate. Her father was never around. Growing up in Baton Rouge, Louisiana, she was raised by her grandparents in a boarded-up house, but still, she was surrounded by loudness and laughter, which isn’t all that surprising considering the fact that she has 6 siblings – Robin Michelle Tate, Danita Tate, Juantonja Tate, Jonathan Tate, Joshua Tate, and Emerald Tate. It was Chiquita’s passion, love, and ambition that helped and inspired the family to go on in life and do great things. After all, she was the first to go to college out of every one of them.

The siblings’ love for each other has always been fierce. No matter where they are or how old they are, they try to defend each other as much as possible. So, of course, when Chiquita’s husband, Greg Harris, was charged and arrested for her murder, they wanted justice. In 2011, when the case went to court, every single one of her siblings told the judge and jury – via in-court testimonies or letters – that he deserved no mercy, just like he had shown Chiquita none. Some of them even said that even though it’s been more than 2 years, they haven’t deleted their sister’s number from their phones, hoping that one day she might pick up when they call.

Robin Tate, the eldest of the seven siblings, gave a passionate testimony as well. And, at one point during the sentencing hearing, she looked Greg Harris right in the eye and asked him, “I can’t believe she’s gone. Why did you take my sister’s life?”

Where Is Chiquita Tate’s Family Today?

Chiquita’s mother, Catherine Tate had passed away long before she did. As for the rest of her family, well, it seems as if they are all alive and well. Robin, Danita, Johnathan, Joshua, and Emerald seem to all still reside in Baton Rouge, whereas Juantonja Tate, now Juantonja Richmond, resides in Waverly Hall, Georgia. The latter is currently raising funds for the National Multiple Sclerosis Society. Jonathan is happily married, and Danita has a family of her own as well, but as far as we can tell she is the sole caretaker of them.

Danita is doing her best to keep her sister’s memories alive. She worked with Chiquita as her assistant/secretary before she was killed, and now, she is running three businesses that are all named after her. A few months after her passing, Danita bought a franchise with Jani King and named it Chiquita’s Blessed Hands, it provides janitorial services. And in 2018, she launched Chiquita’s Miracle Works and Chiquita’s Snack Shack. The former is the most successful, and one of the reasons for it might be the fact that Danita launched it on her sister’s would-be 43rd birthday.

Chiquita’s Snack Shack provides short order fast foods and Chiquita’s Miracle Works sells the cleaning supplies that Danita herself created. She hopes that in the next five years, her company will be nationwide, with such a demand that she would have to provide to every grocery store with shelf space available. Danita credits faith and support from her family as her motivation to always keep the best foot forward.