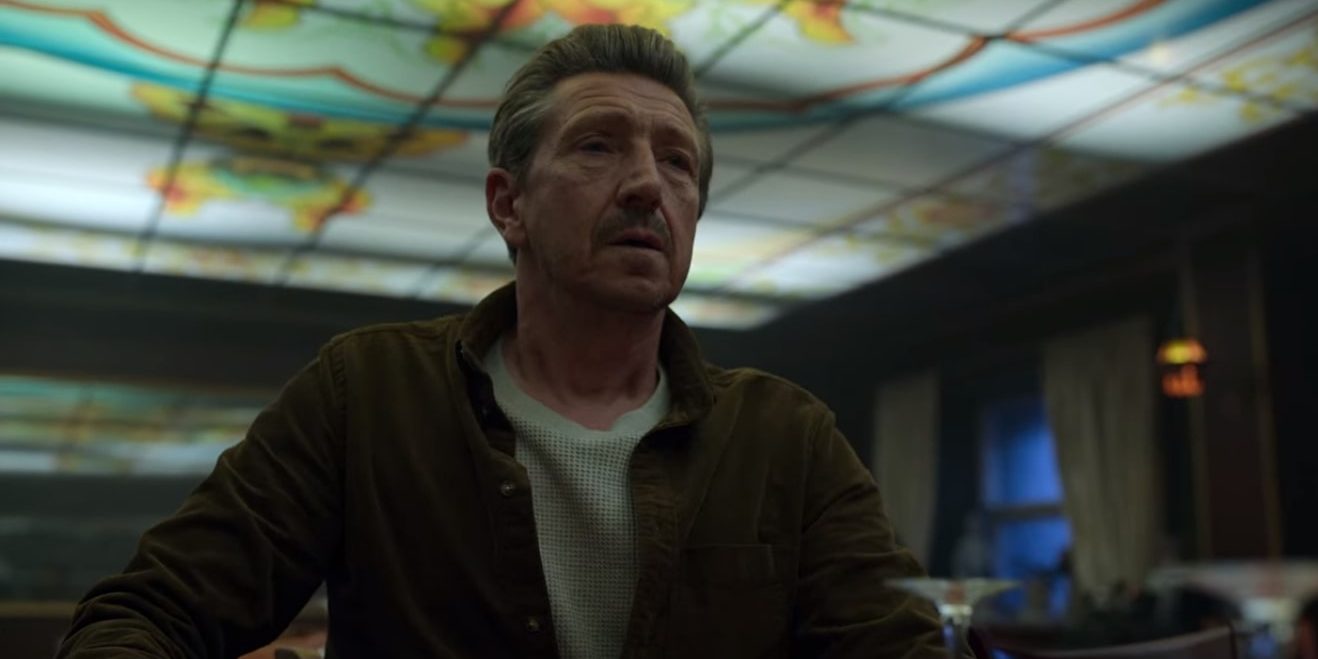 If you feel like an alien in your surroundings, you are not alone. Created by Jannik Tai Mosholt, Ida Maria Rydén, Kaspar Munk, and Christian Potalivo, the Danish-original sci-fi mystery thriller series ‘Chosen’ explores teen issues under the guise of extraterrestrial allure. When deep-seated secrets of the small town of Middlebo come out in the open, 17-year-old Emma finds her reality turning upside down. The story veers off course with the surfacing of an intergalactic signal and a mysterious company along with it.

The biology teacher may be hiding something, as is Emma’s mother and almost the entire town. Emma teams up with a group of persuasive and obnoxious teens to decode the mystery. But the truth may change her perception forever. The cinematography is enticing, and the first-person perspective adds a bit of spice to the visuals. The ending brings us to a mind-boggling finale, and several questions may pop up in your mind in the wake of it. If you are intrigued, let us decode the conclusion. SPOILERS AHEAD.

Emma lives with her mother, Lykke, in the small town of Middlebo. She has a hard time keeping jobs, but at the beginning of the series, she works as a touring instructor on the impact crater, a significant tourist attraction in the town. Seventeen years ago, a meteor crashed just outside the town. Now, a chunk of the extraterrestrial object sits in a glass box for tourists.

Emma lets a boy touch the rock when he instigates her, smashing it in the process. After the casual destruction, Emma’s boss Hussein fires her. But he later calls her to reveal that the original meteor was destroyed during the impact. But Emma still cannot get her job back, although Hussein gives her drink coupons for the fair.

People at Astraeus detect an intergalactic signal, and someone answers it from Middlebo. Meanwhile, Astraeus’ heavy enforcement raises suspicion among Emma and others. Emma meets Susan, her therapist, and they talk about Emma’s alienation. She almost bails out on the fair, only to change her mind, thanks to the “mom veto.” However, Emma gets upset at the fair after catching her boyfriend Jonas and Noreen making out. Hussein introduces Thomas, the CEO of Astraeus, to the town, while Emma’s whistleblowing about the meteor being fake falls flat.

Emma gets way too drunk and passes out. The following morning, she meets Marie, Elvis, Mads, and Frederik. According to them, the town holds secrets. According to Mads, the meteor was a spaceship. They are looking into people within a 500 meters radius of the site of impact. Among the list of suspects are Susan, Emma’s therapist, and Hans, her biology teacher. Emma takes up a janitorial job at Astraeus to learn more about the organization. Meanwhile, Hans invites Emma to his house, and although Emma is hesitant, Marie pursues her to go.

At Hans’ house, Emma has an otherworldly experience, and the trance breaks when she wakes up at her house. However, Emma realizes that she was not dreaming when Hans mysteriously disappears the following morning. Substitute teacher Lukas joins them, but he may not be human. Emma thinks she is special after discovering the blue ball planted on her neck.

On the other hand, Mads pursues the Astraeus link. According to his theory, Astraeus works through subsidiaries that set up bases near UFO sightings. The ball transmits a signal, indicating an abandoned sawmill. Mads tries to ascertain superiority, But Emma, Marie, and Frederik head to the mill under Mads’ nose. When the group disperses, Emma finds a companion in Lukas. But maybe she is making a mistake trusting him.

Chosen Season 1 Ending: Is Emma an Alien? Is Lykke Dead or Alive?

After the encounter with Hans (where Hans dies), Emma tells Lukas, the alien, about Hans’ previous “relationship” with her psychiatrist Susan. Emma brings the light therapy devices from her house to replenish Lukas’ energy. Emma also gets a bottle of codeine, but she empties the bottle in the bathtub after some validation from Lukas. The following morning, Emma and Lukas head to Susan’s house. Emma breaks into the house, retrieving some blood samples (one of them is hers). She throws magazines on the floor to make it look like a burglary.

Susan comes home to discover the break-in and mysteriously heads to the grocery store, where she buys tangerines. Emma and Lukas stay on the lookout, whereas Lykke and Adrian, the guy from the sawmill, converse with Susan. Susan says they will have to tell Emma everything, but Lykke buys some time. Meanwhile, Emma excuses herself from Lukas after spotting her mother in the group, but Lukas senses a lie. Encouraged by Lukas, Emma later confronts her mother, asking her to tell the truth. Lykke is not her biological mother, but she knew Emma’s mother. Emma sets up a meeting with Lykke at Mama Thai and asks Frederik to give her a lift.

However, while Lykke is not present at the venue, she has sent Adrian to explain everything to Emma. Indeed, a spaceship descended near the town seventeen years ago, but well, it instead crashed. As Adrian explains to Emma, they were fleeing from a war on their home planet. Since their appearance resembled humans, they chose Earth. Emma’s biological mother, an alien, passed away shortly after the landing. But thankfully, Lykke, a human, was present at the spot. Lykke changed her identity to rear Emma. Also, the medicine Susan administered Emma is not codeine but medicine to keep the blood red. Otherwise, Emma’s natural blood color, like the aliens, is white.

Adrian takes leave while updating Emma about them going home. With the revelation, Emma also realizes her biological affinity to Hans. After Mads’ investigation, Astraeus knows that Emma is an alien. Emma also realizes that Lukas is not a friendly alien, but perhaps too late. After the enlightening encounter with Adrian, she finds Lukas has breached her house. He has already assailed Lykke and goes on to choke Emma. However, Emma breaks a snow-globe on Lukas’ head and flees the scene. After walking all night, Emma finds the site of departure.

Is Adrian Dead or Alive? Are There More Aliens?

Towards the end of the season finale, Emma walks up to the shore to find a luminescent white globe. Emma spotted the same globe inside the sawmill. She also finds Adrian and other aliens waiting for the ship to take them home. The intergalactic signal came from their home planet, indicating the end of the war, to which Adrian responded. However, the spaceship turns black and explodes in front of their eyes. 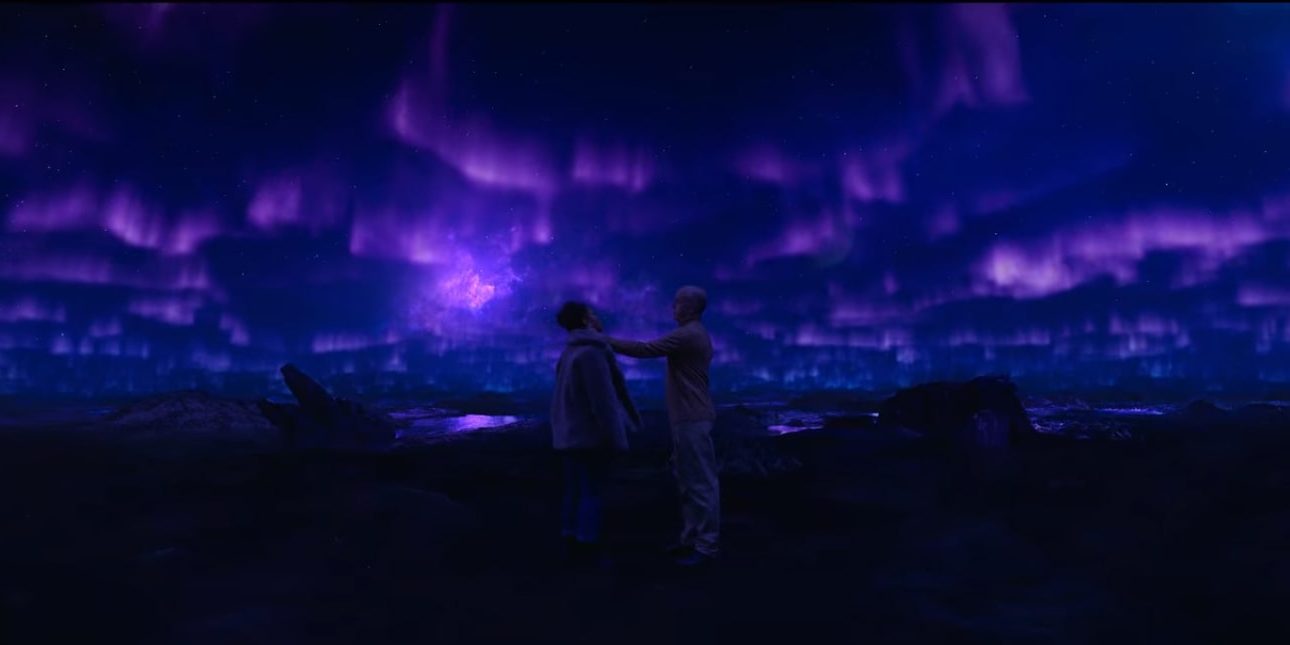 Maybe the fight is not over yet, making a case for Lukas being an agent of the same battle. Adrian tells Emma that she must find others of their species, dispersed around the country and maybe even the world. Shortly after, Lukas lands in the scene and snaps Adrian’s head, killing him in effect. While they cannot go home, Emma still has much to discover about herself and her species.

Read More: Where Is Chosen Filmed?