Investigation Discovery’s ‘Deadly Women: Love Leaves Town’ chronicles the gruesome murder of 23-year-old Chris Ingraham in Jonesboro, Maine, in January 2001. The authorities arrested the perpetrator within hours of the crime after they started making inconsistent statements about how the homicide happened. If you’re interested in the killer’s identity and current whereabouts, we’ve you covered. Let’s begin then, shall we?

How Did Chris Ingraham Die?

Christopher “Chris” Ingraham Jr. worked in the US Navy and was the son of Patricia and Christopher Ingraham Sr. He was 21 when he met 18-year-old Katrina Marie Bridges in New York in late 1999, and the two started dating. They initially lived at his parents’ New York home before moving to the town of Jonesboro in Maine after she became pregnant. Chris wanted Katrina to be close to her family during her pregnancy and even resigned to take a job at Commissary in Cutler to stay close to her.

The couple’s son, Logan Ingraham, was born in late 2000, and they were living in a Look Point Road residence in Jonesboro in January 2001. Hence, it was a shock when Katrina showed up with the baby at her mother, Ellen Bridges’ home, claiming her family had been a home invasion victim. According to court documents, Ellen noticed that Katrina was not wearing shoes, her face was swollen, and her lips were red. Worried, she drove her daughter and grandchild to the Machias Police Department.

The police accompanied Katrina to their Look Point Road apartment sometime between 1:00 and 1:20 PM to find Chris lying naked in the bedroom. His hand and left foot were partially covered by a blanket, with dried vomit and blood around his mouth and face. He was breathing, but he was unconscious and unresponsive. He was transported by ambulance to Eastern Maine Medical Center in Bangor, where a CAT scan revealed a small‑caliber bullet lodged in his brain. He succumbed to his injuries around 13 hours later. The officers found a spent shell casing, several live .22 cartridges, and a Sears and Roebuck shotgun at the scene.

According to the show, Katrina suffered from a compulsive need to steal; she stole from her family, friends, and even the state. She allegedly received welfare benefits after falsely claiming her family had no source of income, even though her husband had a job. Moreover, the show explained how she was accused of stealing money from Chris’ parents, even forging her grandmother’s checks and attempting to cash them. Former FBI profiler Candice DeLong explained how “compulsive thievery could be a sign of psychopathy.” 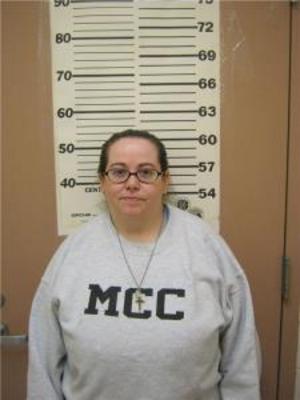 However, Katrina was finally caught when she forged her grandmother’s checks. An embarrassed Chris gave her an ultimatum to seek professional help, or he would take their 4-month-old son and move to New York. He could not trust his wife anymore and did not want to raise their child in such a household. According to the show, it might be the point where Katrina snapped and plotted to murder her husband. She got an incentive when he got a life insurance policy for $15,000 that paid double indemnity in the event of an accident.

On January 2, 2001, two guns – a Sears and Roebuck twelve-gauge shotgun with a cracked stock and a Remington Model Nylon 66 .22 rifle with a scope and a broken screw – were reported stolen from a Columbia Falls residence. The episode shows how Katrina went to Main Street Discount in Machias and pawned sixteen PlayStation games. She then called Chris at work and made up a story of a burglary, stating a few of his games, some of her jewelry, and a shotgun, gifted to him by his parents, was stolen. Despite this, Katrina never reported the robbery to the police.

According to court documents, a gas station security camera recorded Katrina purchasing gas and a drink with cash on January 3, 2001, at around 4:35 AM. The station attendant also remembered seeing her with her baby, driving a dark-colored Nissan Pathfinder. The episode shows how she turned up at her mother’s home about eight hours later, at approximately 12:30 PM, narrating a home invasion story. When the police interviewed her, Katrina started altering her story with every other interrogation.

She initially claimed two Canadian men had shot Chris and kidnapped her and their son at around 3:00 AM on January. The alleged perpetrator drove them around till noon in her Nissan Pathfinder before dropping them off in Whitneyville. However, the police tracked her vehicle in a Flats Road woodlot in Marshfield with a loaded shotgun and eighteen .22 bullets in the back. They interviewed Katrina’s great uncle, Raymond Getchell, to learn she drove the car to his woodlot sometime around 12:30 PM, claiming the automobile had broken down and asking him to drive them to her mother’s place.

When confronted with her lies, Katrina changed her story and claimed the Canadian intruders had shot Chris after she refused to perform sexual acts for them. The police refused to believe it, and she alleged she accidentally shot him while they were attempting to carry out a murder-suicide pact. Katrina even claimed her husband helped her pull the trigger while she held the gun to his head. Chris was proclaimed dead at 2:37 AM on January 4, and his wife was arrested on murder charges.

Where is Katrina Bridges Today?

As Katrina was awaiting trial in prison, a custody battle ensued between her mother and Chris’ parents over the 4-month-old infant. In March 2001, the court gave the child’s custody to his paternal grandparents, citing how Ellen Bridges had a broken relationship with her husband, Teddy, and the baby was required to grow up in a loving home. However, the court approved her to visit her grandchild in New York twice a month. 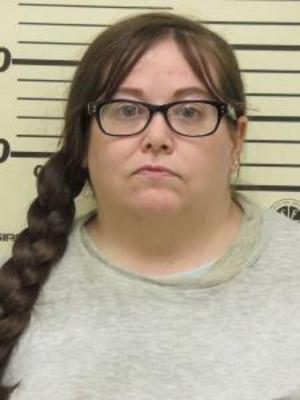 Katrina was found guilty of murder and sentenced to 47 years in jail in Washington County Superior Court. But the murder conviction was overturned by the Maine supreme court, ruling her statements to the police inadmissible. A new trial was held in Androscoggin County Superior Court, and she was again convicted of murder in October 2003. Katrina, 41, is serving her sentence at the Maine Correctional Center in Windham.