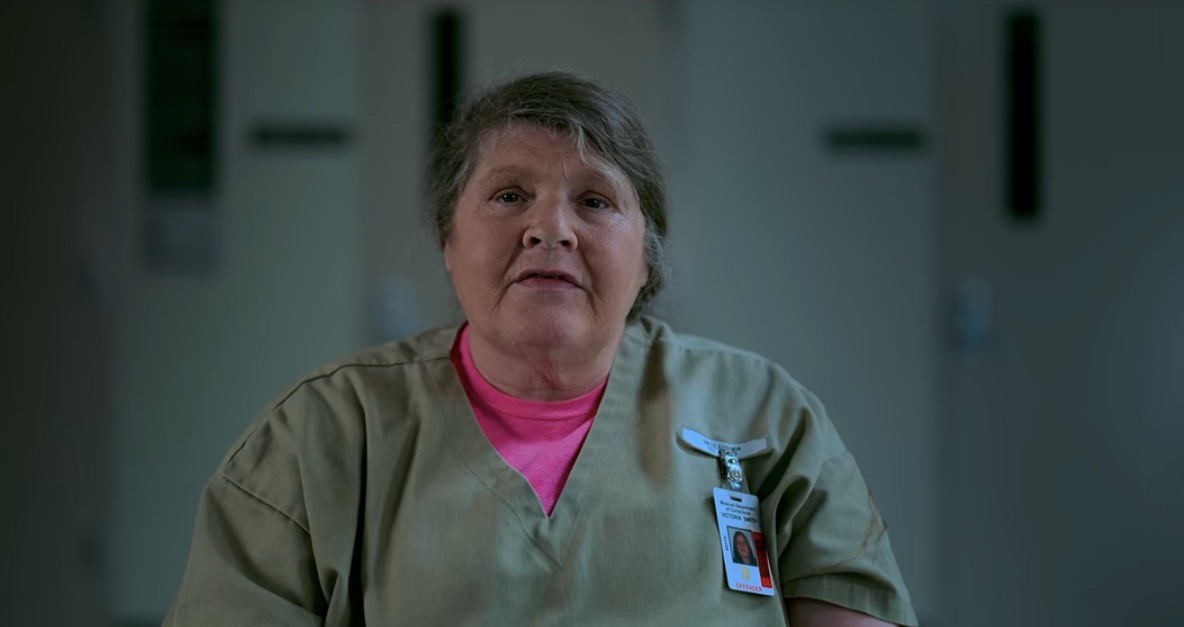 Netflix’s ‘I Am A Killer’ focuses on the story of the people who are serving time in prison for committing a capital crime. In every episode, one inmate recounts the events that led them to commit the crime, while shedding light on their thought processes and their version of events. One of those inmates is a woman named Victoria Smith.

While there are many people who are found guilty of all kinds of crimes, there are only a few who admit their guilt. When Smith killed her husband, she didn’t wait for too long before calling 911 and confessing. She faced harsh punishment for this, and because she confessed and there was no one to refute her claim, everybody accepted her version and the case was closed. However, there is more to Smith’s story than was reported in the papers.

Smith had a difficult life, first suffering abuse from her mother while she was a child and then being in abusive relationships. In the documentary, we get to see her backstory and get a sense of her state of mind during the murder. If you want to know more about her, especially where she is now, then we’ve got you covered.

How did Chris Isaac Die?

In 2000, Chris Isaac was 30 years old when he started dating 34-year-old Victoria Smith. They got married in 2001, and Smith said, in the Netflix documentary, that things had been good between them, as opposed to her previous relationships. Things started to change when Isaac hurt his back while on the job and started taking opioids for it. This led to a considerable change in his behavior where he got more violent and aggressive with time.

In 2012, Smith became reliant on prescription medication after she suffered a stroke. As their relationship got worse, Smith’s mental health deteriorated to the point where she started to have hallucinations. She had planned to leave Chris, but on May 14, 2013, something to told her to end him. While Chris was asleep on the couch, Smith got a pistol and shot him ten times, according to prosecuting attorney Russ Oliver, who appears in the Netflix documentary. She quickly made a call to 911, confessing her crime, and soon, the cops were on the scene. The blood splatter and the gunshot residue on Smith confirmed her confession, even though she didn’t give a motive for the murder at the time.

Where is Victoria Smith Today?

Victoria Smith was sentenced to life in prison for the second-degree murder of her husband, Chris Isaac, and a consecutive sentence of 25 years for the charge of armed criminal action. Her attorney had sought leniency regarding her history of mental health problems, but it was not considered while delivering her sentence. Reportedly, she told the authorities that she was “just laying in bed and ‘something’ told her to get up and ‘end him’. According to the probable cause statement, she said she’d planned to kill herself too. But she didn’t have enough time to reload the gun by the time her son walked into the room.

She is serving out her sentence in Chillicothe Correctional Center, Missouri. Smith had pleaded guilty to the charges, which made it look like she must have submitted to her fate peacefully. However, according to Stoddard County Prosecuting Attorney Russ Oliver, Smith and a relative of hers shouted obscenities and threatened Isaac’s family and court personnel, which led three court bailiffs to restrain Smith.

While Smith confessed that she killed her husband, her sister, Betty Frizzell, believes that Smith was not the one who murdered Isaac. She believes that it was Smith’s son, Kenny, who had recently started living with the couple and who had had altercations with Isaac, who shot Isaac. The 911 phone call that Kenny made a few days before the murder, in which he confessed suicidal and homicidal thoughts, is used as one of the circumstantial pieces of evidence by Frizzell to point toward her sister’s innocence. However, nothing concrete has been found to further her claims.

To advocate for Smith’s innocence, Frizzell wrote a book titled ‘If You Can’t Quit Crying’, You Can’t Come Here No More’, which was published in 2021. She also wished that her sister’s history of mental illness, the abuse she’d been through in her childhood as well as her adult life, and her borderline intellectual disability were considered for her sentencing. Despite her concerns, Frizzell found that Smith seems to be doing better now that she is in prison as opposed to how she’d been before.

“The first time I saw her in prison was in Chillicothe. She was prettier than I had seen her in years. She was happier, there was a glow about her — and that’s sad that your outside world was so terrifying that going to prison brought you happiness,” she wrote. Being in prison put Smith away from her abusers while also giving her a chance to get clean and take care of herself. The title of Frizzelli’s book also comes from a line that Smith said when Frizzelli first visited her in prison, “If you can’t quit cryin’, you can’t come here no more.”

Since the murder, Smith had maintained that she was the one who shot and killed Isaac. At the beginning of the first episode of ‘I Am A Killer’ Season 3, she was very straightforward about her confession. However, in a follow-up interview, which appears at the end of the episode, it looked like Smith had changed her mind about accepting something directly. Her statement changed from confession to doubts about what really happened that night. It is not confirmed whether this doubt will be carried on to the legal proceedings and whether the case will be reopened to go into more details of the murder.