Christie Mullins’ Murder: How Did She Die? Who Killed Her? Where is Jack Carmen Now? 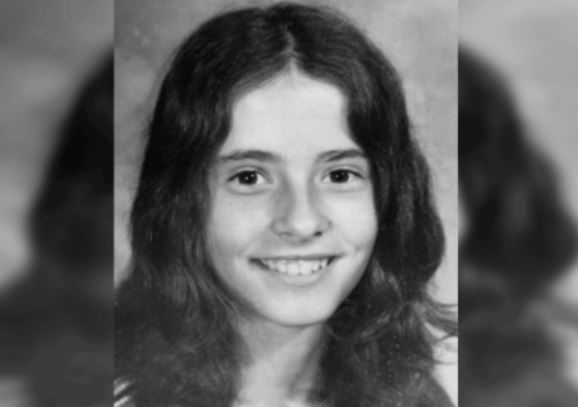 Investigation Discovery’s ‘Welcome to Murdertown’ profiles some of the most brutal homicides to have transpired within tight-lipped communities. Here, investigators reveal how they broke down the people’s silence and talked to close-knit families until they finally received all the necessary information needed to solve a case. So, of course, its episode, ‘One Hot Summer,’ chronicling the slaying of 14-year-old Christie Mullins, is no different. This matter, involving evil actions, a senseless attack, and sexual abuse, baffled the state of Ohio for about four decades. And now, if you’re curious to know all the details about it, we’ve got you covered.

How Did Christie Mullins Die?

Christie Lynn Mullins resided with her parents on a residential street in Clintonville, Ohio. By all accounts, the 14-year-old was a kind, sweet, and loving teenager. So when she was found dead, no one could believe the heinousness behind it. At approximately 1:30 p.m. on August 23, 1975, Christie, along with a friend, was walking to a department store located in the Graceland Shopping Center a few blocks away from her home. Her friend had received a call about a cheerleading contest to be held there, so the girls had decided to check it out.

When the two arrived at the scene, while Christie’s friend went inside to ask about the event, she stayed out, only to disappear. The friend waited for about 20 minutes for Christie to make a reappearance before she left, not realizing that the teenager was being attacked just nearby. At around 2 o’clock that same afternoon, a couple walking in the wooded area behind the shopping center saw a man deliver the final blow that ended Christie’s life. When they ran towards her, they found the partially naked girl tied up and bludgeoned to death.

The couple who found Christie’s body gave the investigators a detailed description of the man they’d seen and how he’d fled upon realizing that he’d been caught in the act. And just a day later, officers apprehended 25-year-old Jack Allen Carmen, a mentally disadvantaged ward of the state, in downtown Columbus. He did not fit the couple’s classification, but because he confessed to the crime within hours of being detained, he was charged with Christie’s kidnapping, rape, and murder. On September 3, 1975, Jack pleaded guilty and was sentenced to life in prison.

However, shortly after, with the American Civil Liberties Union’s help, Jack withdrew his appeal and decided to stand trial for the same. Thus, in December 1977, after a week-long trial, he was acquitted of all charges. This verdict came after it became known that Jack had developmental disabilities and a child’s IQ, meaning that he’d go wherever he was led, even going as far as to give a false confession just because someone was nice to him. The most crucial person then became the prosecution’s star witness in the trial, then-27-year-old Henry Newell Jr.

Henry, who was serving time in prison at that moment for burning down his own home in order to collect insurance money, said that he’d seen Jack kill Christie, after which he went over to cover the teenager’s face with his shirt. He also added that he had touched the two-by-four board used to kill her. The subsequent cross-examination discredited Henry’s testimony, and several other witnesses then came forward to place Jack on the other side of the city at the time of the murder.

Ultimately, the case went cold until it was reopened in 2014. Once reopened, investigators spent about a year and a half accumulating concrete evidence before revealing that it was, in fact, Henry Newell Jr. who killed Christie. This new data included two of his relatives coming forward after his 2013 death from cancer to claim that he had confessed to them. Another relative of Henry’s detailed his August 23, 1975, actions, which the authorities deemed “incriminating in nature.”

A polygraph test had confirmed their statements. Since then, Henry’s family members have shown remorse for not coming forward sooner. In November 2015, the Columbus police formally apologized to Christie’s friends and family, who had insisted that Henry was the guilty party for years, for not being able to give them the justice they deserve.

Where is Jack Carmen Now?

Jack Allen Carmen, who worked at Volunteers of America at the time of Christie’s murder, was taken in by the organization’s director, Graham LeStourgeon, following his fully exonerated release from jail. The director said that he would give Jack a place to live until he could move into a group home. Unfortunately, any other information about Jack or his current whereabouts is not publicly known. But we can guess that he would have been happy to hear that Christie’s real killer was identified, even if it took nearly 40 years. The Columbus Division of Police has made it clear that if Henry Newell Jr. were still alive, they would have pursued charges against him.

Read More: Margaret Jack Sliger: How Did She Die? Who Killed Her?