Investigation Discovery’s ‘Unusual Suspects: Knives and Lies’ chronicles the brutal stabbing of 14-year-old Christopher Mosier in his Taylorsville apartment in Salt Lake County, Utah. The investigators had the perpetrator in sight, yet it took nearly a decade to gather forensic evidence against them and book them for the crime. If you are interested in the killer’s identity and current whereabouts, here’s what we know.

How Did Christopher Mosier Die?

Christopher James Mosier was born to Sylvia and Scott Mosier in Salt Lake City in Salt Lake County, Utah, on September 18, 1979. The 14-year-old was an eighth grader at Eisenhower Junior High School in December 1993. Christopher lived with his mother, Sylvia, in an apartment in Taylorsville, Utah. One of his school counselors said, “A lot of younger kids saw (Christopher) as their advocate, a big brother who took (them) under his wing.” On December 30, 1993, Sylvia was babysitting an infant, but the parents were late to pick the child up.

Christopher volunteered to take over so that her mother would not be late for her work. Sylvia returned from work at around 9:20 PM to find all the lights turned on; she called for her son and was suspicious when there was no answer. Sylvia then entered the dark bedroom to discover her son lying dead on the floor. She called 911, and the officers arrived to find the teen victim had been stabbed 15 times, with one wound on the back and the remaining in his chest and abdomen.

Christopher had defensive wounds to his left arm, his right leg, and both of his hands. Besides, the medical examiner observed all the inflicted injuries appeared to be recent and sharp-force ones. The investigators noted some valuables, such as a video camera, a 35-millimeter camera, and a bar of soap, were missing. In addition, the teen’s piggy bank had been knifed open, and there were signs of forced entry, indicated by the bent striker plate on the apartment’s door jamb.

According to court documents, Sylvia worked as a waitress in a local restaurant and wanted an additional source of income. She placed an advertisement in newspapers offering babysitting services, and Terry L. Johnson and his wife responded. Sylvia began babysitting their infant child in late November 1993. On December 30, 1993, the Johnsons dropped their kid at the Mosier residence at around 1:00 PM, with the promise of picking up the baby at 5:00 PM. However, Terry was late, and Christopher took over while his mother went to work. 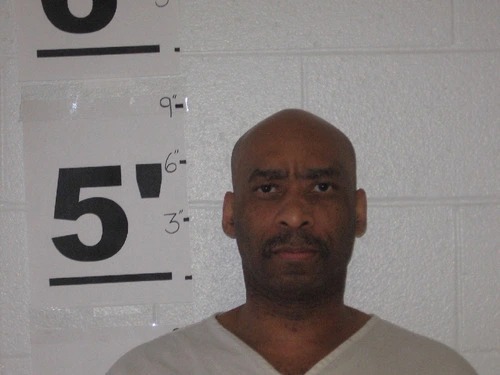 The investigators questioned Sylvia and learned she had phoned Christopher at around 7:10 PM, and her son picked up and assured her everything was alright with the baby. His grandmother also talked with him at approximately 7:30 PM for about five minutes. However, the teen failed to pick up his mother’s calls at around 7:45 PM and again at about 8:00 PM. A concerned Sylvia left for home at about 9:00 PM to arrive home 20 minutes later to find her son’s body.

The officers interviewed Terry and discovered he had picked up his baby and gone to the North Salt Lake apartment of a friend, Madgy Hassan. According to court documents, he reached there at about 8:30- 9:00 PM with his child, alcohol, and some crack cocaine. Madgy told the police that Terry had gone to the bathroom to change his clothing and left a soap bar at his apartment. When questioned, the latter made many incriminating statements, including the number of times Christopher had been stabbed – a piece of information that had not been released to the media.

The investigators sent two baby blankets and a baby jumper, seized from the Johnson residence on the night of the murder, to the Serological Research Institute (SERI) for DNA testing in 1994. Since forensic technology was yet to advance, the results were inconclusive. With only circumstantial evidence against Terry, the investigators had nothing to link him directly to the homicide, and the case turned cold.

The case was re-opened in 2001, and the State Crime Lab used new technology to analyze the evidence again for DNA. While one of the blankets and the jumper lacked sufficient DNA, the other baby blanket had Christopher’s blood on it. One of the criminal analysts stated, “It showed the baby was in the room when it happened because it was splattered.” Terry was charged with murder, a first-degree felony, and arrested.

Where is Terry Johnson Today?

According to court documents, Terry shared a cell with another inmate, Matt Rushton, who initially claimed his friend and two others murdered Christopher. But when law enforcement officials found discrepancies in his tale, Matt recanted his testimony and alleged the former had offered him $100,000 to fabricate a story. In 2004, Terry was convicted and sentenced to life in prison. His defense counsel repeatedly challenged the conviction and was denied each time.

In 2019, the Rocky Mountain Innocence Center filed a “post-conviction relief” petition on Terry’s behalf, and the DNA evidence incriminated him more when authorities found his blood was found on Christopher’s wristwatch. The victim’s father, Scott, divulged, “More and more DNA-strong evidence against him (Terry).” After 17 years in prison, Terry was eligible for parole and appeared before the parole board in January 2022.

News reports state that Terry refused to admit to the homicide, saying, “I am never ever going to confess to something that I didn’t do. This is awful, and we certainly know whoever had done this is probably in public watching this thing right now as we speak.” As per official court records, he is serving his sentence at the CUCF Boulder unit in the Central Utah Correctional Facility in Gunnison, Utah. His inmate records show he will be eligible for parole in January 2025.