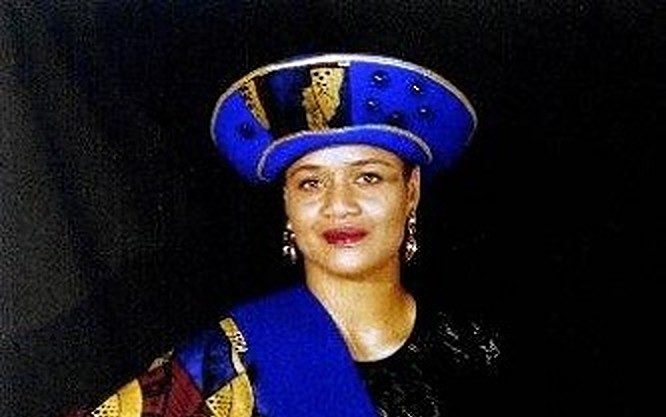 Investigation Discovery’s ‘Unusual Suspects: Housebound Homicide’ follows the brutal murder of 36-year-old Renee Ealy in Denver County, Colorado, in June 2000. The investigators had a nagging suspicion about the perpetrators, but it took more than a decade to prove they were the ones who committed the crime. If you’re interested in knowing the identities and current whereabouts of the killers, we’ve your back. Let’s dive in then, shall we?

How Did Renee Ealy Die?

Renee Ealy was born to Barbara Ealy on March 11, 1964, in Denver, Colorado. She had severe health problems since she was only nine, suffering from breathing troubles and being admitted to the hospital for over a year. Renee’s respiratory concerns led to more ailments, and her mother, Barbara, explained, “The drugs for her breathing and to keep her alive deteriorated her joints – knees, ankles, shoulder, hips. She lived in pain every day. She was on a lot of medication just to get her from one day to the next.”

Renee’s family reminisced how she always had a beautiful smile despite her failing health and ensuing disabilities. She was a fiercely independent woman and had resided alone in her apartment on the 1100 block of South Cherry Street since she was 21. Renee was unmarried, and her niece, Natalie Ealy, recounted how her “Auntie NaNa” used to babysit children, including her nieces and nephews, when she was physically able to.

In June 2000, the 36-year-old was recovering from her 16th joint replacement surgery when she was found murdered in her apartment, shocking her family. According to the show, Renee’s nurse, Tasha Bardin, had arrived at her apartment for the daily home-care visit on June 23, 2000, to find the former lying face down on the floor in a pool of blood. Tasha called 911, and emergency responders arrived to declare the victim dead.

The investigators found Renee had multiple stab wounds (around 21) on her chest and back, and the time of death was ruled to be 11:00 PM on June 22, 2000. The blood pattern suggested she was stabbed in the chest first before she fell from her chair and rolled over, with the assailant proceeding to stab her in the back. The medical examiner observed that each wound was very deep and could have been fatal.

The police officers noted no evidence of forced entry, indicating Renee had known her assailant and allowed them inside the apartment. They questioned her caregiver, Tasha, and learned she usually arrived at 10:30 AM every morning to check on her. However, she had not been able to on the morning of June 22, 2000, and had one of her friends, Tessa Hibbard, fill in for her. The investigators interviewed the friend to learn she had taken Renee to fill a prescription and had dropped her at the apartment around 1:00 PM that day.

According to Tessa, another of the victim’s friends, Marie Lynn Marone, was scheduled to check up on her in the afternoon. As per the show, Marie was a former resident of Renee’s apartment complex and had known the latter for more than three years. The two women had grown close, sharing secrets about each other’s lives. When Renee struggled to recover from her latest surgery, Marie and her 18-year-old boyfriend, John Lee Vazquez, stepped in to help. The investigators brought the former, then 27, to the police station for questioning, and she readily complied.

According to police reports, Marie and John had arrived at Renee’s apartment at around 5:30 PM on the night of the murder. She claimed they cleaned the apartment and cooked dinner for her before leaving the residence at around 9:30 PM to go to John’s aunt’s place. He was being interrogated simultaneously, and he confirmed his girlfriend’s story except for one critical detail – he claimed they had left the apartment at around 11:00 PM instead of 9:30 PM, as stated by Marie.

With the estimated time of death to be 11:00 PM, John’s statement was potentially incriminating. However, he and Marie readily cooperated with the investigators, providing DNA samples and even sitting for polygraph tests and passing them. The detectives also pursued other leads, including an ex-boyfriend of Renee’s with prior criminal records, but soon exhausted all avenues, and the case turned cold. A decade later, the case was re-opened after two witnesses came forward, stating John as a killer.

One of the witnesses was an ex-girlfriend of John’s, who claimed in an April 2010 interview that he had told her how he had stabbed a woman to death as his erstwhile girlfriend, Marie, watched from the sidelines. She alleged he had even shown her pictures of the victim. The witness did not know the victim’s name until she came across a cold case article and decided to contact the police. She even contended the duo had murdered because they wanted to know how it felt to do so. Another witness claimed John had told him about how he had murdered under the influence of cocaine.

Where Are Marie Marone and John Vazquez Today?

John was arrested in Boise, Idaho, and Marie from Cheyenne, Wyoming, in November 2011 and charged with the murder of Renee Ealy in March 2012. They were extradited to Denver, and John, then 30, was found guilty of first-degree murder and felony murder after a robbery. Marie, then 40, entered a guilty plea that reduced her charges to second-degree murder and a crime of violence count. She was sentenced to a maximum of 40 years in prison.

According to official court records, John is serving his sentence at the Sterling Correctional Facility in Sterling, Colorado. On the other hand, Marie is incarcerated in a prison cell at the Denver Women’s Correctional Facility. Her inmate records state her next parole hearing date is May 2028, and her mandatory release date is August 2048.