City on the Hill Seasons 3 Episode 6 Recap and Ending, Explained 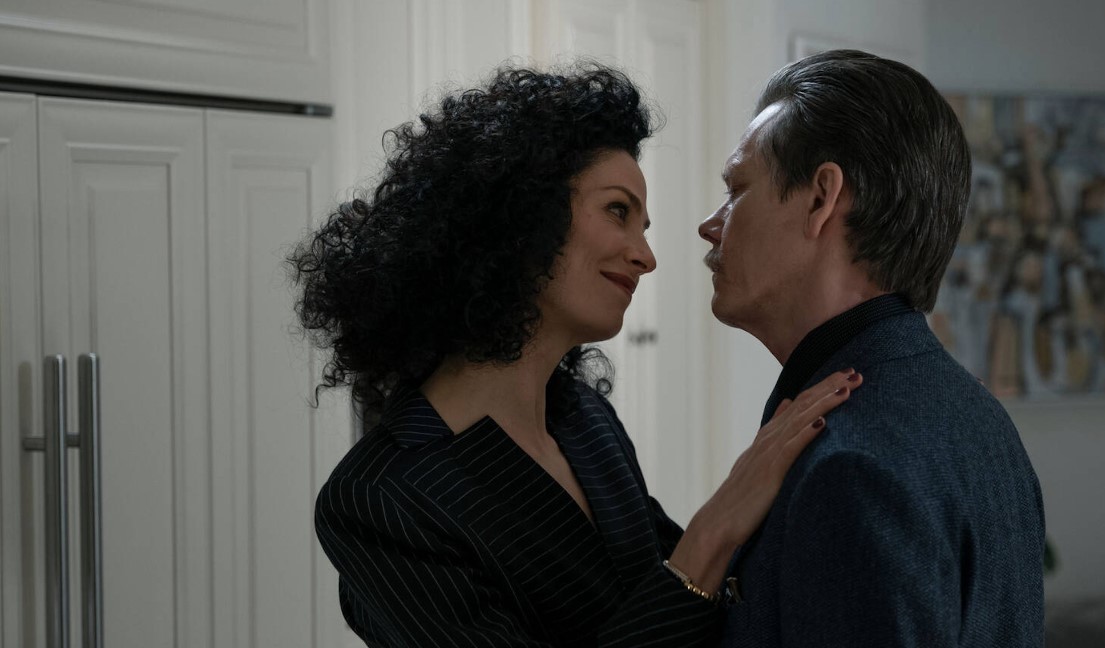 Set in Boston in the 1990s, ‘City on a Hill’ is a riveting tale of corruption and justice. It primarily revolves around two individuals. Jackie Rohr (Kevin Bacon) represents the old Boston, which is perfectly happy to live in the past, whereas  Assistant District Attorney DeCourcy Ward (Aldis Hodge) is the Boston that aspires to be better as it prepares to step into a new millennium. In season 3 episode 6, titled ‘Tenderness,’ Jackie gets shot. Ward begins building a case against Sinclair Dryden. Chris Caysen receives a lucrative offer from the DA’s office. Siobhan must deal with the rapidly escalating situation with her case before it becomes a PR nightmare. Meanwhile, Jenny finally does something for herself. Here is everything you need to know about the ending of ‘City on a Hill’ season 3 episode 6. SPOILERS AHEAD.

The episode begins as Jackie is brought to the hospital. He has been shot while investigating what happened to one of Sinclair’s victims. At the hospital, no one from his past tenure as an FBI officer comes to see him. Ward eventually does, but that is only because Siobhan convinces him. Even the hospital staff quickly realizes who Jackie is and starts to avoid him. After Jackie’s operation, he is shifted to a room that he has to share with a gay young man who has been hospitalized after being beaten up by local goons. The two men have the same cynical outlook about the world and immediately hate each other. Leticia drops by, and her actions cause Jen to pretty much confirm that Jackie is having an affair.

Jen’s unpleasant mother reappears in this episode, declaring to her daughter that if Jackie dies, she will move back into the house. Toward the end of the episode, Jen goes out on a date with Doyle and kisses him, flipping the script on how things have been between her and Jackie since the beginning.

Guy Dan invites Chris to his office and tells him about the in-house investigator position. He also teams Chris up with Blair and tasks them to convict an abortion clinic bomber. Meanwhile, Ward tries to build a case against Sinclair but finds that most of his victims are either dead or gone from Boston before finding one woman still in the city. Siobhan faces a massive uphill battle in the Great Dig case as a reporter comes after her with the knowledge of what she and her friend did years ago. This prompts Siobhan to seek professional help before she gives a candid interview to the reporter. After that, the said reporter publishes an article exonerating her, allowing her once more to focus on her case.

City on a Hill Season 6 Episode 6 Ending: Who Shot Jackie?

Throughout his career in law enforcement, Jackie hasn’t made that many friends, if the number of people that come to see him is any indication, but he sure has made plenty of enemies. For all his lack of moral fortitude, Jackie was an exceptional police officer when he wanted to be. Jackie thinks that the Sicilians are behind the attack, but he learns from his FBI source that all members of the mafia are still in jail.

This leaves only a handful of prospective culprits, the most prominent of them being those working for Sinclair. Jackie’s current boss definitely has a motive to go after him, especially if Letitia has told him that Jackie has been conducting a personal investigation on his victims. Sinclair is an extremely powerful and influential man in Boston. He hails from a family with generational wealth and served as a regional director of the FBI. So, if Sinclair does know, he is bound to come after Jackie. But then again, the attack on Jackie seems like it was performed by two amateurs, and a man with Sinclair’s money and connection will not hire amateurs.

So, if it’s not the mafia and it isn’t Sinclair, it has to be the associates of someone Jackie has angered recently. But that list can potentially be way too long. We know that it can’t be Doyle. Despite his history with the IRS, it is highly unlikely that he will ask two of his associates to go after Jackie. So, we are ultimately back to either the mafia or Sinclair. Given what we know as of episode 6, it’s likely the former.