CJ Franco From FBoy Island: Everything We Know 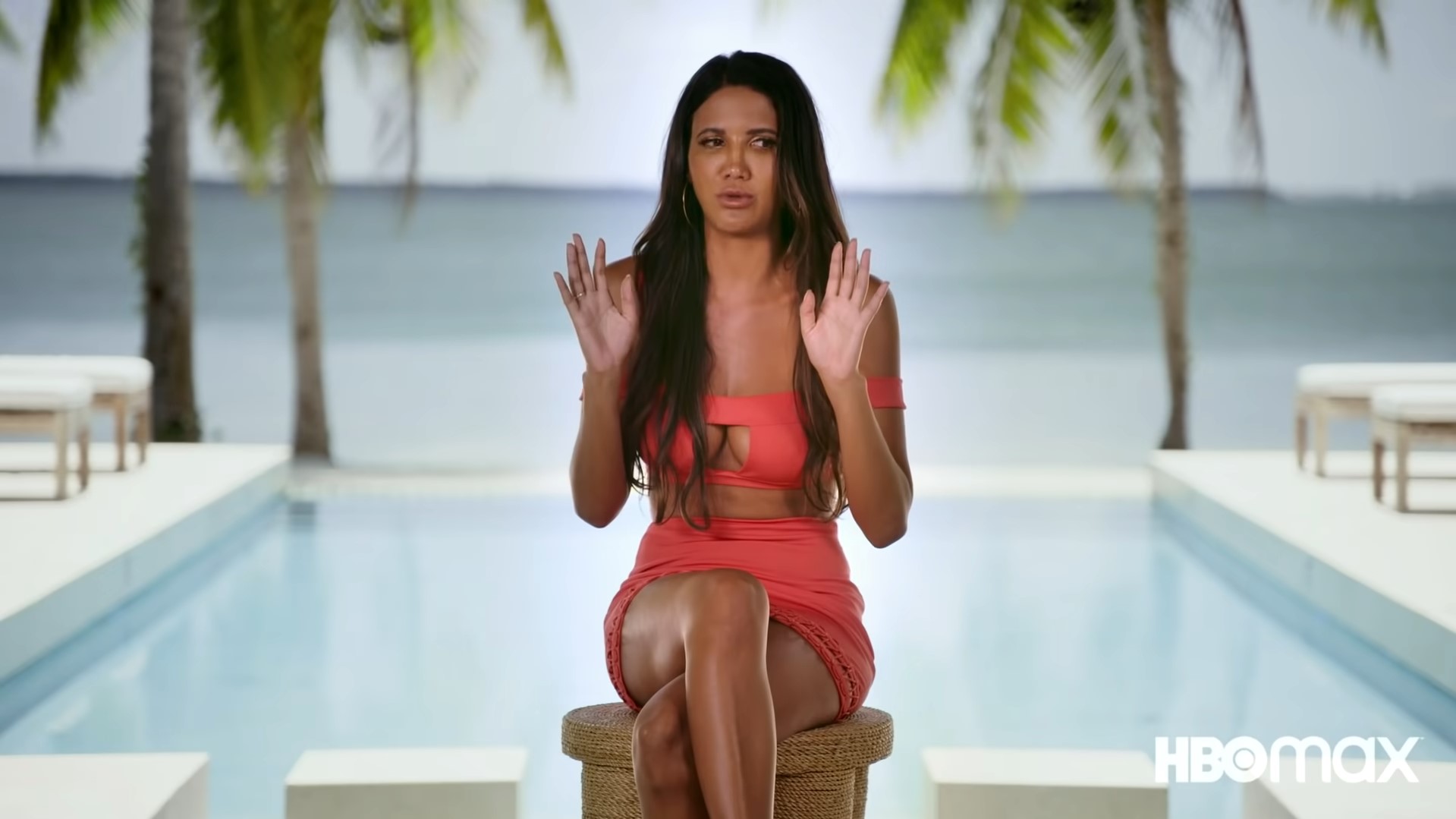 HBO Max’s ‘FBoy Island’ brings a fresh new twist to dating reality TV shows by having 24 men compete for the attention of three women. The contestants are all sent to an island where they stay cut off from the rest of the world. The 24 men are divided into two groups, with one being self-proclaimed “Nice Guys” and the other the “FBoys.” With the show tasking each participant to remain relevant by being chosen by the women, it is interesting to watch how the FBoys masquerade as the Nice Guys as accusations are thrown helter-skelter by all participants.

CJ Franco is one of the girls introduced in season 1 of the show. Being an exciting new face in reality TV, fans are curious to know more about her. Well, the wait is over as here is everything we know about CJ Franco.

CJ Franco’s Background: Where Is She From?

A native of Santa Cruz, California, CJ Franco grew up in a loving household. She has always prioritized her familial bond and maintains a close relationship with her loved ones. Being interested in a host of things, including stand-up comedy and modeling, CJ graduated from high school and moved to Los Angeles to follow her dreams.

While in Los Angeles, ever the brilliant student, CJ earned a degree in Entrepreneurial and Small Business Operations from the University of California, Los Angeles. Since earning her degree, this brilliant model has never looked back and passed one milestone after the other on her way to the top. With numerous successes under her belt, CJ is undoubtedly a force to be reckoned with in whichever field she chooses to dabble her foot.

At 30 years of age, CJ Franco is now an established model, social media influencer, content creator, and stand-up comic. CJ took the modeling industry by storm and has posed for renowned publications like Maxim, GQ, Esquire, Sports Illustrated, and Vogue South Korea. Apart from modeling, CJ is also a former entrepreneur and ran her company, Neon beige, through which she designed and sold athletic wear from 2014-2017. At present, she is a part of Ideal Fit Models and is also a content creator under Role Models Management.

Further adding to her glowing career, CJ Franco is a SAG-AFTRA actress and has acted in several movies and TV series. She also appears regularly on the hit YouTube web series ‘Evil Little Brother.’ Moreover, she took classes at Upright Citizens Brigade, which led her in the direction of stand-up comedy. She has done several shows at the Comedy Store in Hollywood and is quite well known in the circuit. Additionally, she has worked as a guest writer for For Him Magazine and is a top-tier social media influencer at present.

CJ Franco has always been quite private about her dating life and refuses to discuss it in the public sphere. However, reports claimed that the social media influencer was dating renowned director Len Wiseman. The couple was first spotted together in 2015 and according to sources, were still together in 2017. Although it is unclear as to when the couple broke up, CJ was reportedly single when filming for ‘Fboy Island.’ She even went ahead and mentioned that her therapist encouraged her to take part in the reality show in order to build up her resilience and mental endurance.

Although CJ’s social media profile clearly shows the apparent absence of a romantic partner, reports claim that the reality star was spotted together with actor Taye Diggs of ‘All American’ fame in June 2021. Moreover, on the same day she was spotted, CJ posted a picture on Instagram and captioned it with, “Babe are you okay? You’ve barely responded to the Instagram Story I posted to get your attention. I’m not upset jus wondering why you hate me.” Naturally, this led to rumors that she might be involved with Taye Diggs. However, this is still mere speculation, and nothing is confirmed as of yet. With CJ enjoying her fame as a new reality TV star at present, we would like to wish her the very best and hope her future is filled with happiness.

Read More: Nakia Renee From FBoy Island: Everything We Know