In early 2000, Clara Pantazes, a mother of two, was found murdered in the garage of her family home. The bloody crime scene and missing items led the police to believe it was a robbery that went wrong. However, the authorities unearthed more information that pointed to a murder-for-hire plot. Investigation Discovery’s ‘Fatal Vows: Ambition to Die For’ chronicles how the police caught the 46-year-old’s killer. So, if you’re curious about what happened, we’ve got you covered.

How Did Clara Pantazes Die?

Clara met Dean J. “Dino” Pantazes at a wedding in New York back in 1979. For him, it was love at first sight. The two of them hit it off pretty well and started dating. Within months, Dino proposed to her, and they started a new life together in Maryland. Over the next few years, Clara and Dino had two children: Nike and Sotereas. Dino worked as a bail bondsman, and Clara worked with him in the business. They eventually moved to Upper Marlboro, Maryland. By all accounts, they had the perfect family.

But all that came crashing down on March 30, 2000. Just after noon that day, Dino found his wife dead in the garage in a large pool of blood. The distraught husband called 911, and the police arrived at what looked like a robbery. Clara had been shot thrice at close range: once each in her arm, jaw, and temple. Clara’s car, wedding ring, and other belongings were missing as well.

As the authorities continued to dig in, they realized that Dino and Clara’s marriage had been shaky at some points. As per the show, Clara suspected Dino of cheating about 18 years into their marriage. But by 1999, the couple committed to working things out and bought a piece of land to build property for their family. However, there turned out to be some truth to the suspicion. The investigators came across Jermel Chambers, a prostitute with drug problems.

Jermel told the police that a person named Steve, a regular client of hers, had approached him regarding killing his boss’ wife. She agreed to do it for $11,000. It was stated on the show that Jermel picked out Dino from a photo lineup and identified him as Steve. Jermel said that Dino first approached her in January 2000 regarding the murder plot. On March 30, she stated that he drove her to his family home, opened the garage, gave her gloves, and told her about a gun he left inside.

According to Jermel, Dino asked her to wait for Clara in the garage. When she did come down, Jermel shot her thrice, made it look like a robbery, and drove away in Clara’s car. She also called Dino from his wife’s cellphone to tell him that it was done. Another prostitute whose street name was Mimi told the police that Steve approached her with a similar murder-for-hire plot. Mimi also picked out Dino as the person who introduced himself as Steve to her.

Furthermore, the authorities looked at Dino’s phone records and noticed that he made several phone calls to Mimi and Jermel in the months leading up to the murder. Dino was charged with his wife’s slaying. In 2000, Sotereas testified that his mother told him about six months before the murder that she was having problems with Dino. The prosecution claimed that Clara was thinking about a divorce. When Dino found out about it, he decided to have her killed because it would have cost him too much. But Dino’s lawyers claimed that he was only using Mimi and Jermel as informants to find someone who had skipped bail.

Where is Dino Pantazes Now? 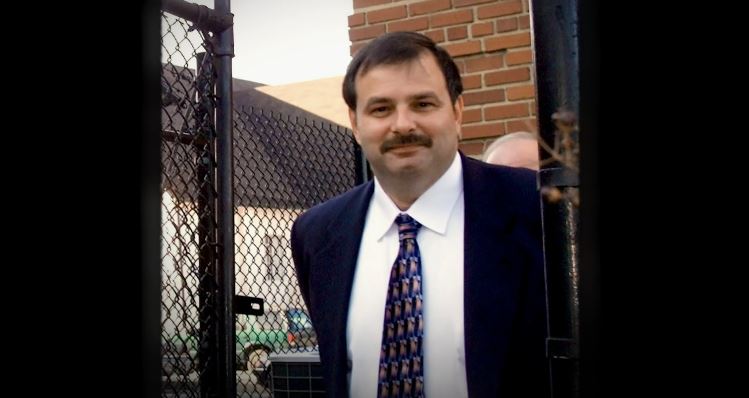 In December 2000, Dino was found guilty on several charges that included first-degree murder, conspiracy, and solicitation to commit murder. He was handed down two life sentences. Jermel agreed to a plea deal and testified against Dino. She pleaded guilty to murder and a weapons charge and received life plus 20 years.

However, Dino’s conviction was overturned in 2001 after an appeals judge ruled that improper testimony may have influenced the jurors. In a new trial, Dino, then 46, was convicted of the same charges in August 2002. As per prison records, he remains incarcerated at Jessup Correctional Institution in Maryland.