Claressa Shields From The Titan Games: Everything We Know 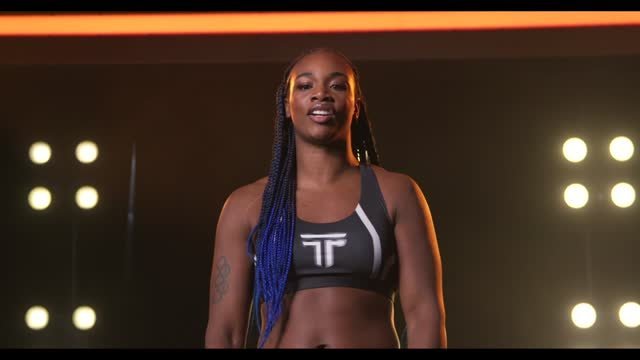 The second edition of ‘The Titan Games’ introduced fans to some of the toughest competitors to have ever graced tv screens. One of the contestants and Pro Titans is Claressa Maria Shields, an American professional boxer, who has multiple prestigious accolades to her name. A holder of all the four major world titles in boxing, she came with a lot of expectations in ‘The Titan Games’. If you want to know her better, read on!

Born in Flint, Michigan, Shields was inspired to pursue a career in boxing by her father Bo Shields, an underground league boxer. Bo landed in prison when she was 2 and was released by the time she turned 9. After Bo returned home, he continued to discuss legends like  Laila Ali before his daughter. This infused Shields with confidence to take up boxing as a profession, although the sport was then considered to be dominated by men. She trained under her coach and trainer, Jason Crutchfield. Shields is extremely close to her grandmother who encouraged her to go on and make her dreams a reality without worrying about her gender.

The 25-year-old boxer participated in her first match when she was only 11. Since then, the star has not looked back. Shields was a competitor in the Olympics at the mere age of 17, and she bagged a gold medal. One of the accomplished amateur boxers in US history, she holds the record of winning back-to-back gold medals in the Olympics.

The holder of the Unified Super Middleweight World Champion and Undisputed Middleweight World Champion titles is branded as the fastest fighter, among both male or female boxers. With nine professional world titles, she served as the headliner for the first women’s boxing main event on premium television. Shields additionally holds numerous other accolades, including the Female Fighter of the Year by USA Today (2017), Nickelodeon Kids’ Choice Sports Award winner for Biggest Powerhouse (2017), and Sports Illustrated’s Fittest 50 (2020), among others.

Shields was one of Dwayne Johnson’s handpicked Pro Titans, as well as, a contestant in ‘The Titan Games’ season 2. The Middleweight boxing champion appeared in the first episode and suffered defeat at the hands of professional track and field athlete Chantae McMillan while racing Mount Olympus. The determined boxer just looked on unfazed as Chantae bagged her first win and was given the title of one of the new Titans.

She later took to Twitter to admire her opponent. She tweeted: “Being a Titan for @therock on the nbctitangames was a great experience ??? Mount Olympus was no joke! So grateful for the lessons and competitors! To all my fans that watched sorry that I let ya down, I did my best!…”

In spite of the loss against Chantae, Shields got one last chance to redeem herself by representing the Central region in the third episode. The game was called Hammer Down and Chantae and Claressa ended up on the golden pole simultaneously. But Shields struggled to climb the pole and Chantae won, once again. After failing in the obstacle, Shields, who had remained undefeated in the ring until now, was seen leaving the stage in tears.

Read More: The Hurd Family From AGT: Everything We Know