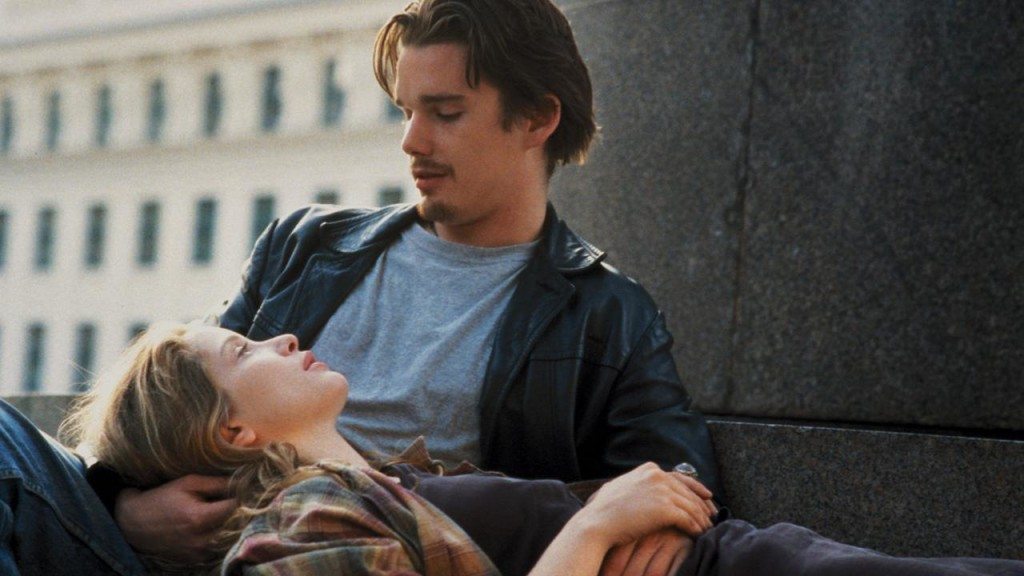 The ’90s was probably the golden age for modern cinema. The kind of films that were made and their iconic status today is enough to affirm that notion. We saw the rise of some of the greatest modern auteurs like Tarantino and PTA. Their genius and inherent aptitude for filmmaking made the decade a hell lot more worthy. It is the ’90s which hold the distinction for the most number of movies in the IMDb top 250 and it certainly isn’t surprising. Here is the list of top classic movies of the 1990s that you must watch. Happy reading! 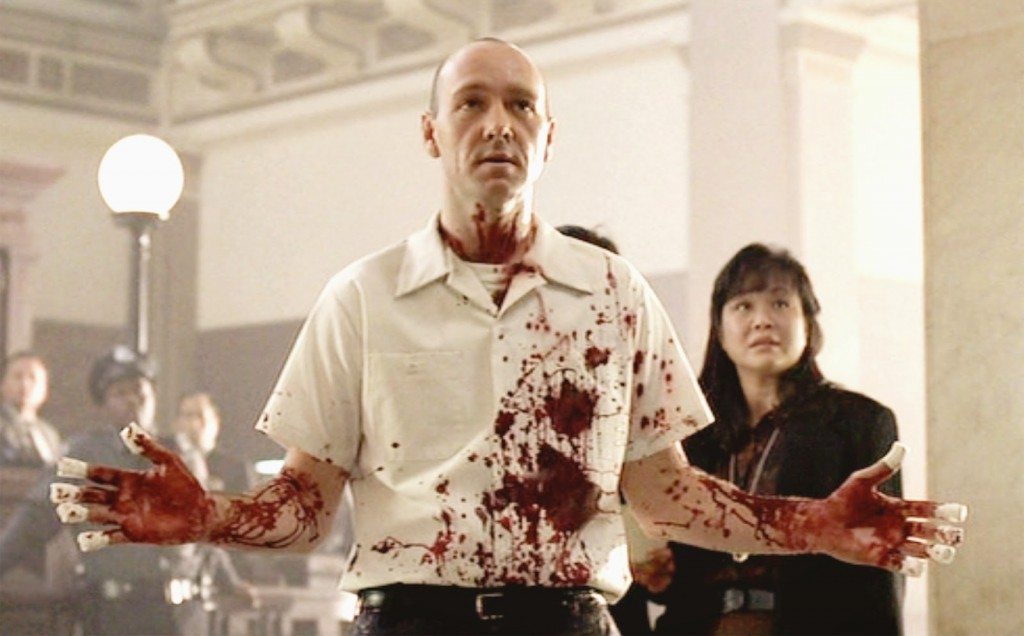 ‘Seven’ is a numerical representation of the seven sins in the Bible around which this gorgeous and immersive crime-thriller evolves around. A veteran detective joins hands with a transferred officer to track down various high-profile and ordinary murders in the town. In the course, they are challenged with accepting their own shortcomings and failures in life, which in the end prove fatal. Led by invigorating performances by Morgan Freman and Brad Pitt and an electrifying cameo by Kevin Spacey,’Seven’ finds director David Fincher in typical form to furnish another taut, nervy thriller. 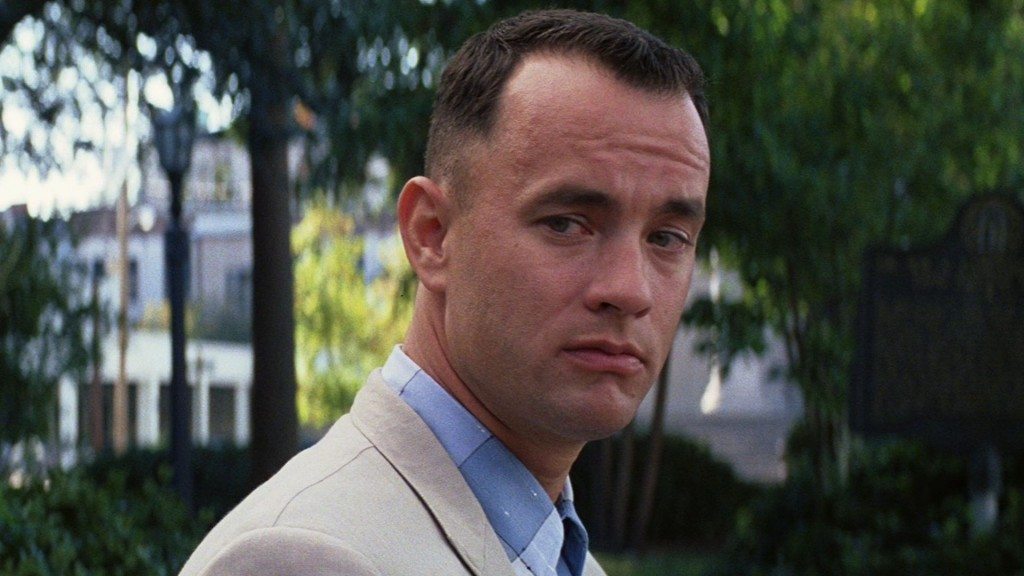 “My mama used to say, “Life is like a box of chocolates. You never know what you gonna get”.” is probably one of the most famous quotes in cinematic history. The symbolism behind the phrase is a recurring motif in the movie and relates to America’s unprocessed and ill-intentioned attack on Vietnam. The war plays a big part in the movie and director Robert Zemeckis cleverly integrates that into his characters and their destinies in the movie. Young Forrest struggles with his legs and carries a speech impediment. His different demeanor attracts the attention of bullies, which he jointly survives with the help of close friend Jenny. A grown-up Forrest returns a decorated war-hero from Vietnam and meets Jenny again. The two finally marry and live happily until Jenny’s death. Tom Hanks’ ingenious and heartfelt turn as Gump fetched him the Oscar and surely will go down as one of the greatest characters in the history of cinema. 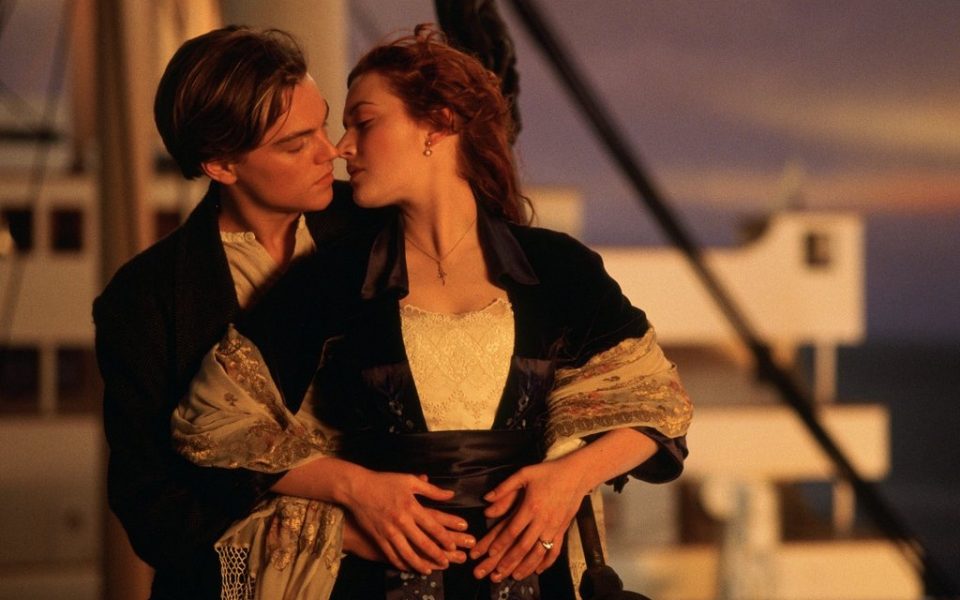 There isn’t a lot to add to what has already been said about this gigantic masterpiece. Rose and Jack’s story is just a prelude to one of the most destructive and tragic loss of human life and property in history. ‘Titanic’ rephrases the sinking of the real ship of the same name somewhere in the Atlantic Ocean on its ill-fated maiden voyage. If you manage to see through the grandeur premise of the movie and the real incident, we’ll notice Cameron’s expert and divisive representation of class segregation in pre-modern America. The uncomfortable but truthful depiction finds itself in almost every frame, but gets dislodged from its place of significance by the setting leading to the inevitable. Probably the most iconic movie of all time, featuring the most iconic song of all time, featuring the most iconic couple on screen, ‘Titanic’, without a doubt, is iconic. 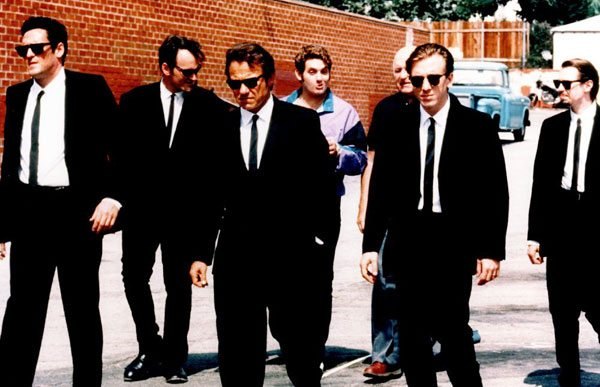 ‘Reservoir Dogs’ isn’t called the greatest independent movie ever made for no reason. The unabashed writing of the movie, coupled with the narrative style and an indomitable cast, the crime-thriller makes for a wonderful debut by a wonderful filmmaker. Six criminals come together to rob a bank. Despite their efforts, the plan is met with repeated failures, leading them to believe one of them is an undercover cop. The film comes alive with Tarantino’s unique brand of cinema, who deploys typical characters in typical situations to make this venture successful and a classic in the times ahead. 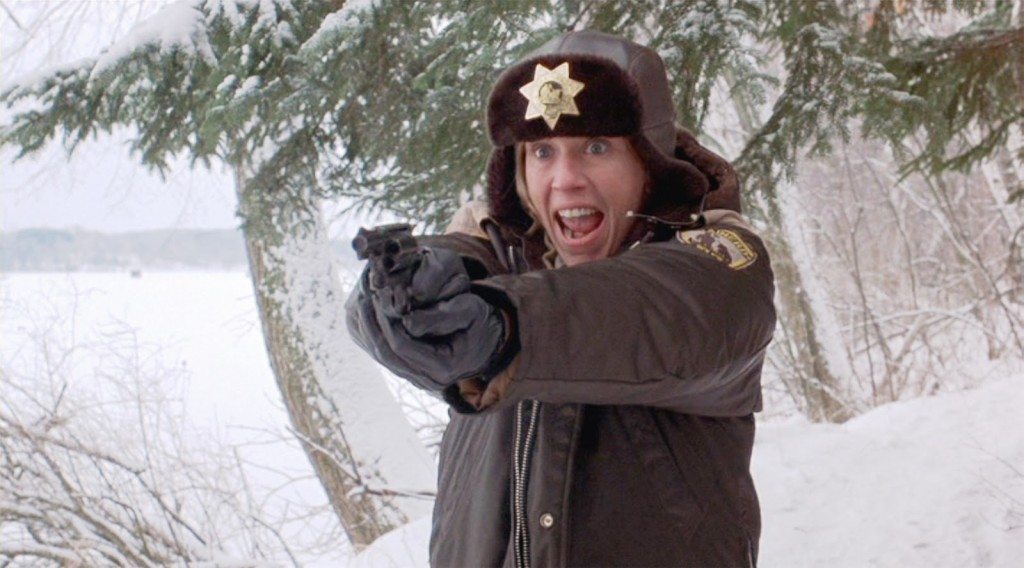 Now. When you talk about the greatest opening scenes in movies, ‘Fargo’ somehow finds itself always in the top half. Set in the vast and expansive snow-covered plains of North Dakota, ‘Fargo’ encapsulates the real-life story of a car sales manager who bribes perpetrators to stage a kidnap his own wife in order to use the ransom money for buying property. The plans derail once the authorities get involved, and the perps make mistakes. Marge leads the investigation and soon realizes what has transpired. Frances McDormand’s towering presence and wonderful performance toast a thoroughly enjoyable and incisive original crime story by the great Coen brothers. 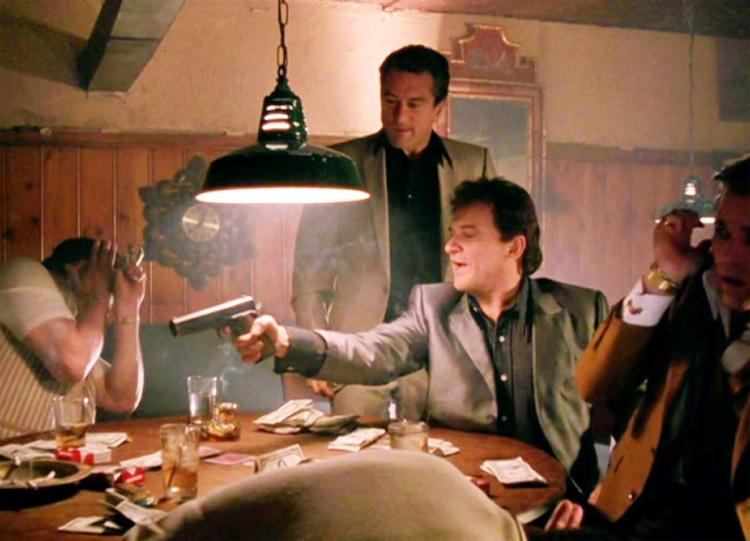 Martin Scorsese. The name is synonymous with a brand and style of cinema that most inherently derives its power from the interspersed ideas of crime and religion. ‘Goodfellas’ is based on the real-life story of Henry Hill, a petty thief who quickly climbs the ladder of organized crime in New York. ‘Goodfellas’ presents to us in breathtaking fashion a story that is so inherently wrapped around the idea of trust and frontier justice, that the end product almost becomes irresistible. Probably Scorcese’s best work until now. 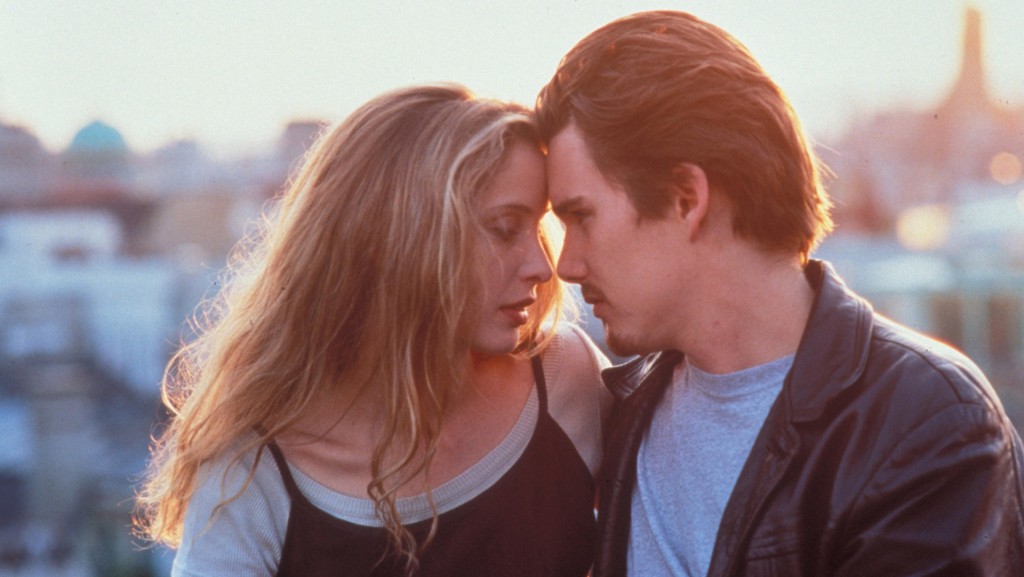 The beauty of the writing and the quantifiable brilliance of the two leads sets this movie apart from other romance movies. Along similar lines of movies like ‘In the Mood For Love’ and ‘In the Bedroom’, ‘Before Sunrise’ packs an impregnable punch and resolves to subsist itself in the form of a gorgeous, profound, and humbling monologue about life, love, and dreams and hopes. The movie is the first installment in probably one of the greatest trilogies of all time, the ‘Before’ trilogy. The film certainly made the ’90s a more bearable time and the decades to follow with its timeless charm. 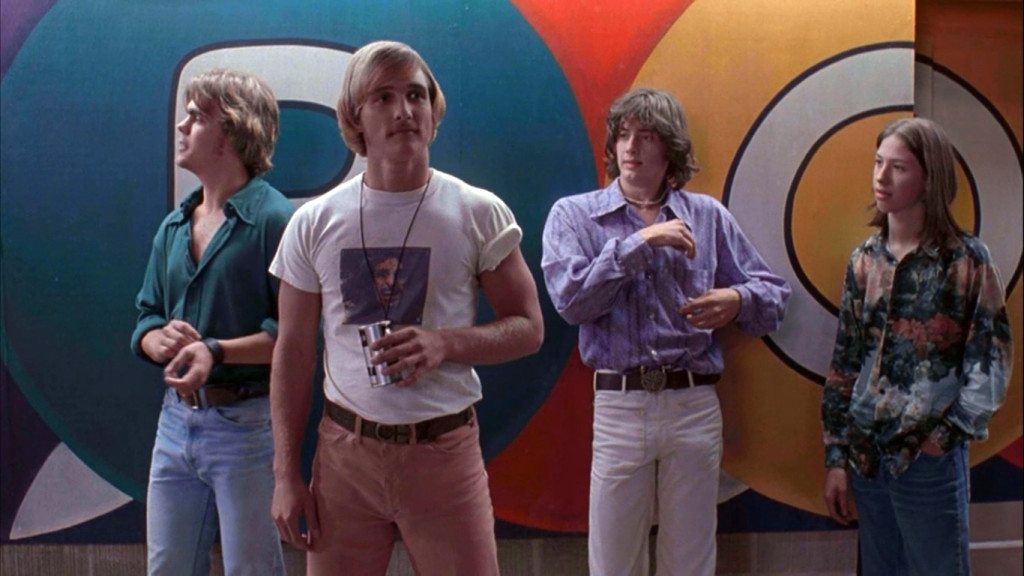 Richard Linklater’s entry into Hollywood is a celebration of teenhood and the liberation of untrusting adolescents into clueless adults. ‘Dazed and Confused’ charts the aftermath of the last day of school for a group of friends who furnish their deep desires and proclivities deep into the dark night. By the time the sun comes up and their formidable journey comes to an end, the posse wakes up to a new dawn of opportunities and a new path in their lives. Linklater’s affection for long monologues and a narrative style centered around conversations is reflected in the movie. Moving at a likable pace with fresh faces, ‘Dazed and Confused’ represents what every filmmaker ever wants from himself in a movie. 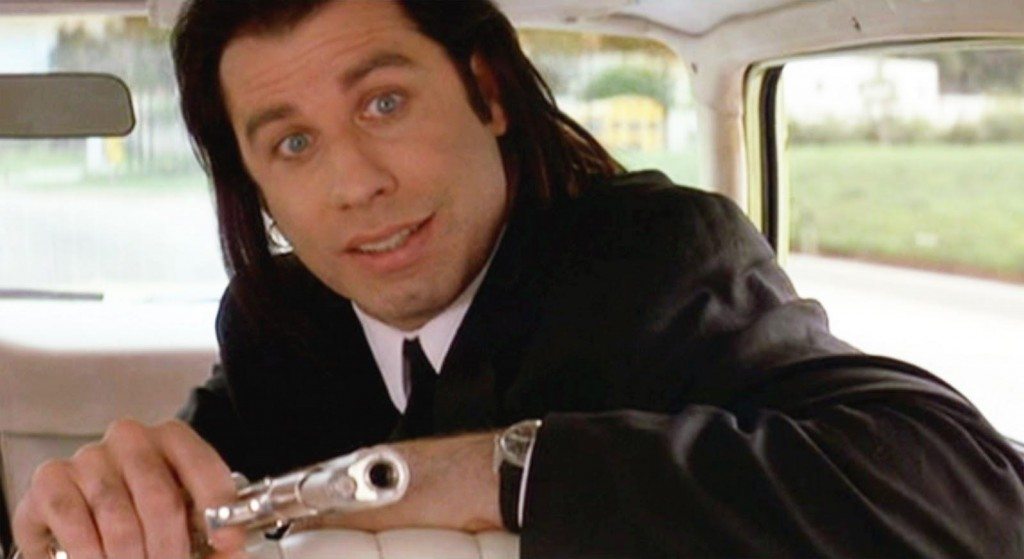 Tarantino’s brand of cinema has made him one of the most unusual and popular filmmakers in modern-day cinema. Only in his second film, Tarantino successfully managed to create one of the most iconic films of all time, with colorful characters and envious self-confidence that oozed style and his understanding of people. ‘Pulp Fiction’ moves in a non-linear narrative style, akin to Tarantino’s overall style, and revolves around two henchmen, out of other significant aspects in the story, by the name of Vincent Vega and Jules Winfield. Events transpire over the period of one day and lead the two men to a restaurant, where it all started with two lovers who decide to rob it. Stylish, energetic, and immensely entertaining, ‘Pulp’ Fiction’ emerges a winner and rests in cinematic annals as an immortal classic. 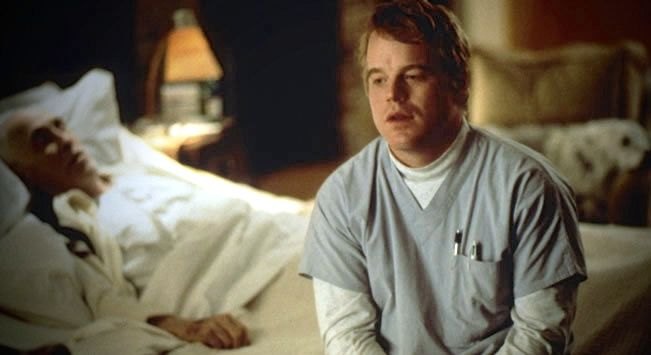 There isn’t a lot PTA can do wrong and ‘Magnolia’ is just another right thing. His visionary object of affectation comes alive in the form of this melancholic and vaguely comic social commentary. The film charts multiple storylines and somehow manages to sustain a sense of excitement and sorrow for the characters. The film in itself presents a contradiction for the viewers and keeps them fluctuating throughout. Moments of incomprehensible laughter are followed by indented squirms and misery. The modernized style of filmmaking took the industry by surprise and planted PTA’s status as one to look out for. A special shoutout for Philip Seymour Hoffman who keeps surprising me every time I see him on screen.

‘Fight Club’ is officially the most quotable movie of all time. David Fincher’s masterpiece (yes, not ‘Zodiac’) is a movie that should be shown in schools and colleges and in offices and construction work sites. The universality of its ideas and the deep-seated and keenly observed gestation of human life is inherently riveting and overpowering in every sense. The narrator is an ordinary slave of the blue-collar workforce whose epiphany comes to him in the form of Tyler Durden, a completely opposite character to him, whom he instantly is infatuated with. They together open a secretive organization, the Fight Club, where people like the narrator come to vent out their frustrations and “live”. The organization slowly builds into a community and envisages to equalize mankind and free it of its delusions and abstract currencies. The twist, in the end, is beyond that of a human hand and makes Fincher an immortal, divine entity in filmmaking. 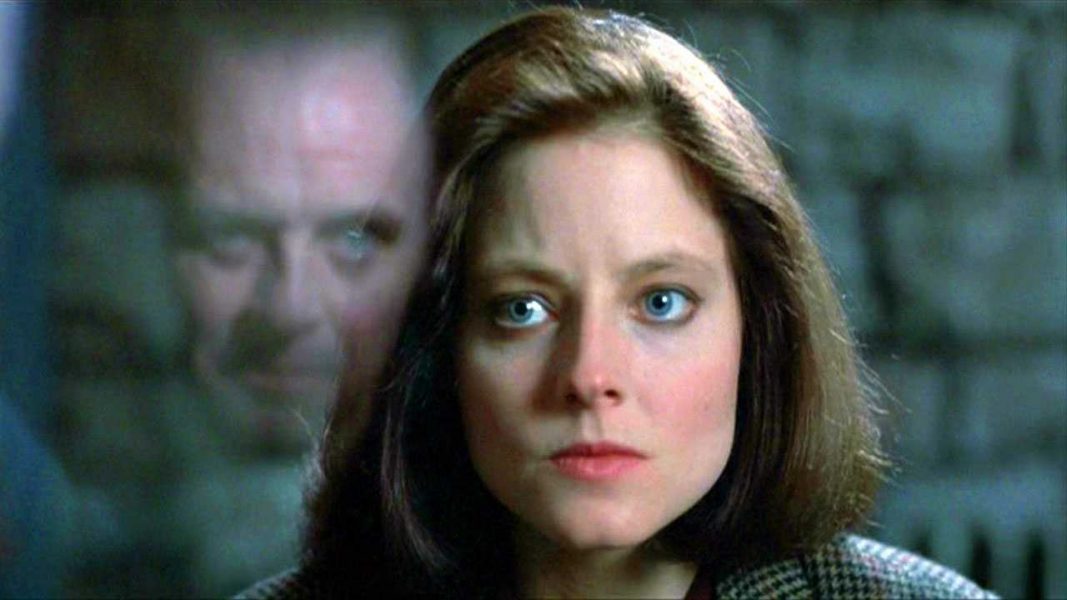 Clarice Starling gets assigned the case of a trail of disappearing young women. She seeks the help of cannibal convict, Dr. Hannibal Lector, and in the process, embarks on a dark and troubling path that she has no idea of. ‘The Silence of the Lambs’ became the first horror movie to ever win the Academy Award for Best Picture and also created the modernized idea of the stereotyped genre. Clever and unique use of the camera and powerhouse performances from Anthony Hopkins and Jodie Foster make sure the film stands out as a classic from the ’90s and will remain so in perpetuity. 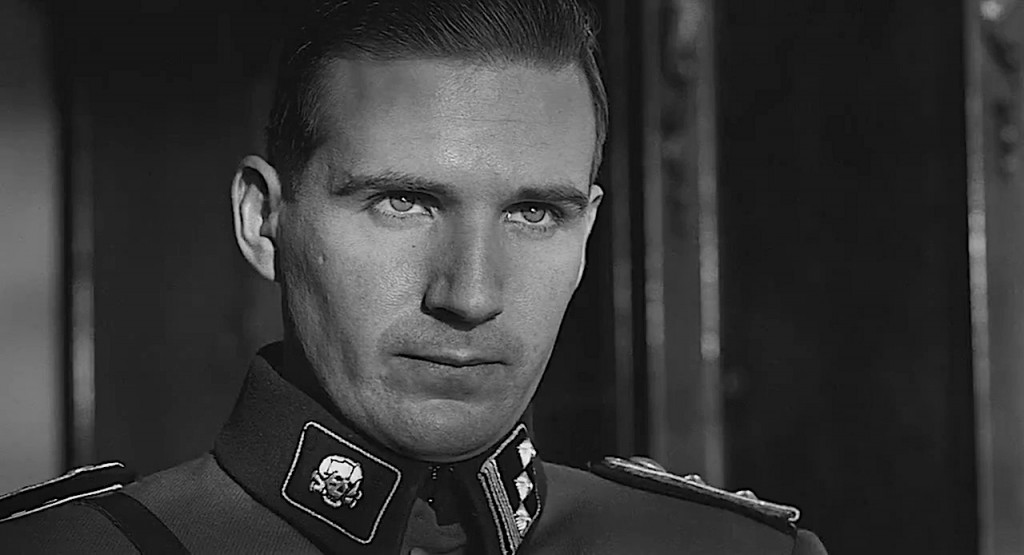 Oskar Schindler, a businessman with connections in the Nazi party, opens a factory with profit maximization and cost minimization in mind. As the WWII progresses and the Nazi’s atrocities get worse, Schindler’s motives change: preservation of Jewish lives. Bribing various high ranking Nazi officials, Schindler draws up a list of Jews, which has led to generations of lives being saved. Spielberg’s touching tribute to the memory of Oskar Schindler and the six million innocent Jews massacred in one man’s lunacy is evocative and implicit in the audience a deep hatred of humanity, while ambivalently striking feelings of great love for the other side of human nature in the form of Oskar Schindler. Even though we don’t see Hitler even once in Spielberg’s frame, he makes sure his presence in the middle of it is felt through Aman Goeth (extraordinarily played by Ralph Fiennes) and other ruthless and inhumane Nazi officers. 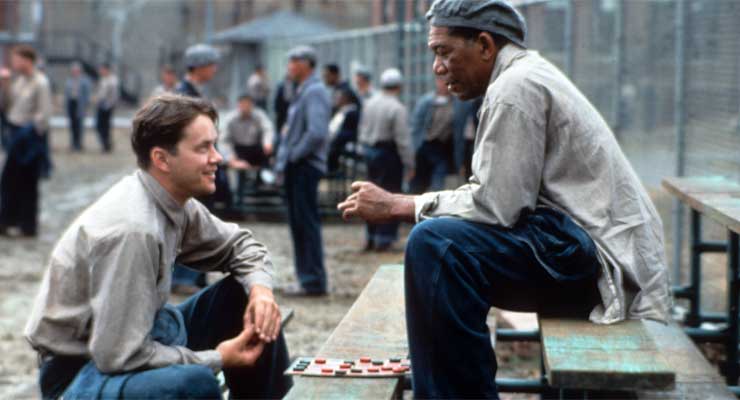 Morgan Freeman’s career in voiceovers came into being owing to this movie. ‘Shawshank’ is widely considered to be one of the most profound and introspective pieces on the American judicial system, justice, and the banality of life. The movie revolves around the secluded facility of Shawshank that houses some of the most dangerous criminals in the US. New inmate Andrew Dufreinse catches the attention of many, some of which gives him new friends, some of which make him new enemies. His education and proficiency leads the guards, and eventually the warden, to coerce him into keeping books for them. The apparent obedience turns out to be a mere veil, which masks his true intentions. ‘Shawshank’ wasn’t received well and failed at the box office. Reconsideration prompted commentators and audiences to title it one of the best movies in modern-day America. The soulful writing and the wonderful, humane performances make ‘Shawshank’ an unforgettable cinematic experience, one that’ll live with us for the rest of our lives. Our hearts will proudly say, “Shawshank Redemption was here”.