Is Clouds Based on a True Story? 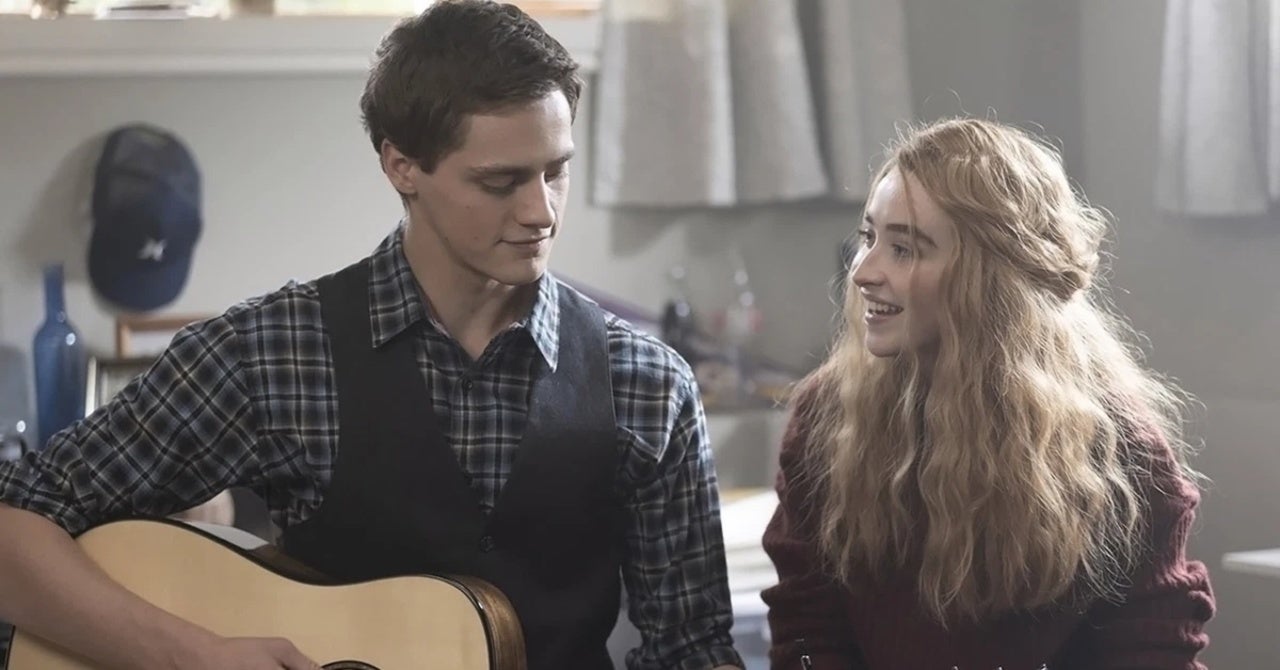 Directed by Justin Baldoni, ‘Clouds’ is a musical drama film that follows the story of a teenage musician, Zach (Fin Argus), who finds out that he will live only six more months as his cancer seems to be getting worse. He starts dating his friend Amy Adamle (Madison Iseman) after he finds out about his situation. He aims to leave his mark on the world through his music. Zach begins working towards materializing his dreams by writing songs with his childhood friend and fellow musician, Sammy Brown (Sabrina Carpenter).

He releases his music online, which gains a large amount of appreciation and also becomes a way to say goodbye to his loved ones. The film is about hope and what one would do if they found out that they didn’t have much time to live. In 2012, Zach Sobiech’s song ‘Clouds’ became a viral YouTube hit, which reflected his thoughts on his mortality as he battled osteosarcoma (bone cancer). Zach succumbed to the illness on May 20, 2013, but left behind an inspiring legacy and story of hope. Let’s find out how true to Zach’s life story, the film is!

Is Clouds a Real Life Story?

Yes, ‘Clouds’ is based on a true story. It is inspired by the book ‘Clouds: A Memoir,’ written by Laura Sobiech about her son’s battle with cancer. She had started writing a blog years ago when Zach was diagnosed, as a way to keep people updated on his treatment. When she found out that he was terminal, it became a way to preserve his memories, which helped her put together the book. She started writing the book three weeks after Zach passed away and finished it in twelve weeks.

Justin Baldoni first met Zach while he was doing a documentary series on people living through their terminal stages of life called ‘My Last Days.’ Zach caught Baldoni’s attention with his viral song, ‘Clouds.’ Justin Baldoni approached his family and admitted to being so moved that he promised him and the Sobiech family that he would do whatever he could to take Zach’s mission forward. A week after the documentary was released, the song hit number one on iTunes, which was also the day of Zach’s funeral.

In his interview with Stefan Pape, Justin Baldoni made it clear that he didn’t want the movie to just be about death or cancer, but hope. In the film, he captured the joy and celebration of someone’s life even in their death and the delicate balance between grief and the joy that comes from a deep admiration for someone. He added that the movie is about capturing “life and living” and the opportunity to “seize the day.”

Fin Argus and Madison Iseman actually visited the Sobiech family at their home in Minnesota before they started filming, and they were welcomed warmly. Sammy played some of her songs, and Amy shared the letters that she and Zach used to write to each other. The song, ‘Fix Me Up’ is used in the film and was written and composed together by Zach and Sammy. Sammy admitted that she found it hard to write music after Zach’s passing, but in 2019, she wrote the song ‘Purple Pink’ in Zach’s memory. This song plays after the end credits of the film.

In an interview with Access, Fin shared that Laura Sobiech showed him Zach’s room and his journal with the unfinished lyrics, which was then fully developed into a song for the movie by Fin, who is a musician himself. Fin Argus was familiar with Zach and his journey in 2013 when the song ‘Clouds’ was topping the charts, and he had even tried to cover the song but wasn’t sure if his voice would sound good enough for it.

In conversation with Dave Lee, Baldoni said that Zach was a person who “believed in living” even though he had his moments of darkness and the messiness that he had to live through. Baldoni felt that it was essential to show these imperfections. This is how he managed to weave the story in a way that it would connect with everyone watching the film.

Read More: Where Was Clouds Filmed?