Are Cole Sprouse and Lili Reinhart Still Together? 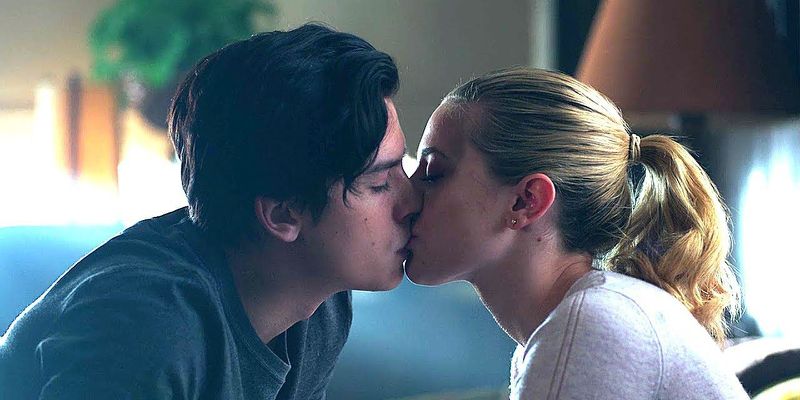 In the world of television and cinema, reel life chemistry sometimes converts into a real-life romance. And fans have always been in favor of the idea of their onscreen couples becoming off-screen couples. Cole Sprouse and Lili Reinhart are one such couple, who found love in a hopeless place. And by hopeless, I mean the not-so-idyllic town of Riverdale. The love of the co-stars, who form one-half of the show’s core four, translated off the show and since then, Lili and Cole have had a very on-again-off-again relationship. Curious to know whether their love stood the test of time? Let’s find out!

If you’re wondering how the two fell in love, who asked whom out, where did they go on their first date, don’t bother! The duo has always stayed away from divulging the personal details of their relationship. Lili and Cole play the popular comic characters Betty Cooper and Jughead Jones in The CW’s ‘Riverdale.’

The show first premiered on January 26, 2017, and romance rumors surrounding Lili and Cole began swirling around the internet in February when Cole left a flirtatious comment on a hot picture of Lili on Twitter. Adding fuel to the fire, Cole, who is also a photographer, posted two pictures of Lili on his Instagram account!

In August 2017, Skeet Ulrich accidentally spilled the beans on their relationship and told Entertainment Tonight, “Well, I know they spend time together because they’re at work all the time together. They have great chemistry and they’ve been at our house with a lot of the Riverdale people and they always enjoy each other’s company. So I wish them the best.”

In January 2018, the couple went to Hawaii, and they also flew down to Paris in April. Lili and Cole made their official red-carpet debut in May 2018, at the MET Gala. This was followed by a mushy Instagram post that Lili posted on account of Cole’s 26th birthday. In a now-deleted post, she wrote “I’m so thankful that our paths intertwined to form this beautiful adventure~ Happy birthday, my love.”

In November 2018, Cole visited Lili’s family for Thanksgiving. Here’s a picture from the trip.

The couple has always declined to comment on their status and has often maintained that they prefer to keep their love life away from the public eye. But that didn’t stop them from dropping playful comments on each other’s pictures.

The couple shined during their second Met Gala outing in May 2019.

On July 22, 2019, news about their reported breakup took the fandom by storm. People reported, “Their friends didn’t really expect them to last in the long-run. At the end of the day, their personalities are very different and their lifestyles often clashed.” But Lili dissed the rumors by taking to Twitter. Check out her savage reply!

Don’t believe everything you read on the internet, kids. And news sources should try a little harder to be less vile. “Reliable sources” can kiss my ass.
🙏🏻

Following the clarification, both Lili and Cole kept showering their love for each other on Instagram via comments or heartfelt posts. But are they still together? Or has the ship sunk?

Are Lili and Cole Still Together?

Brace yourselves for the news is not good. Lili and Cole AKA The OG ‘Riverdale’ couple, have broken up! If their solo appearances at Vanity Fair Oscars party and Screen Actors Guild Awards in February 2020 weren’t enough, Lili and Cole were forced to spend time away from each other because of the COVID-19 pandemic. And in May 2020, Skeet Ulrich once again leaked the details about their relationship. During an Insta-live session with his girlfriend, Skeet said, “I think they were a very cute couple.” Emphasis on “were!”

For anyone looking for the video where skeet says Cole and lili "were" a cute couple 😭😭😭
I honestly dont know what to think. They look high lol. pic.twitter.com/UTXzbdKTO6

In a Zoom interview with ET, Cole’s twin Dylan gave an update about Cole, following his split with his long-time girlfriend Lili. Dylan said, “I mean, he’s living. Him and KJ in the very beginning of quarantine ended up staying together at KJ’s place in Los Angeles. So, they’re isolating together, which is very cute.” Meanwhile, Lili is in isolation with her dog, Milo, whom she calls her “one true love.”

She is currently busy promoting her upcoming film, ‘Chemical Hearts.’

I know, I know, it’s hard to see your favorite couple go their separate ways. But with Lili and Cole, we can always hope to see a snarky tweet or an Instagram caption about how the break-up news was just a mere rumor, a few months down the line. The couple has reconciled once, so they can very well mend their differences and get back together again. Also, we are yet to receive an official confirmation from the couple. So, it’s not over until it’s officially over, right? One can only hope. (Featured Image Courtesy – Axelle/Bauer-Griffin/Getty Images)