Colin Brough Murder: How Did He Die? Who Killed Him?

A seemingly ordinary night off the Northern Arizona University campus in Flagstaff, Coconino County in 2015, soon devolved into a chaotic sequence of events that ended with one dead and three others injured. Colin Brough, a junior at the university, was killed in what was believed to be a scuffle. ABC News’ ‘20/20: A Chance Encounter’ focuses on the legal proceedings after that and how the prosecution and the defense framed their cases. So, let’s find out what happened then, shall we?

How Did Colin Brough Die?

Colin Charles Brough was originally from Annapolis, Maryland, but the family eventually settled in Colorado. He was quite close to his parents, Douglas “Doug” and Claudia Brough, and two brothers. After finishing high school in 2013, Colin enrolled at Northern Arizona University. At the time, the 20-year-old chose to pursue business. At the university, Colin played lacrosse and was a member of the Delta Chi Fraternity. He seemed to have a great life there, enjoying his time with friends away from home.

In the time leading up to the incident, Colin was at an off-campus apartment, partying with his friends and having a good time. But then, during the early hours of October 9, 2015, things began to go awry. The authorities received multiple calls regarding an active shooter in the parking lot near the apartment complex where Steven and his friends were. At a chaotic scene, the police found Colin lying face down in a pool of blood. He had been shot once in his chest and once in his shoulder.

The authorities who got to the scene discovered that three others were injured — Nick Piring, Kyle Zientek, and Nick Prato. They were all members of the same fraternity and had been friends with Colin. The police also arrested Steven “Steve” Edward Jones, an 18-year-old freshman, at the scene. He admitted to being the gunman, but a complex investigation followed, with the authorities trying to figure out why Steve fired. 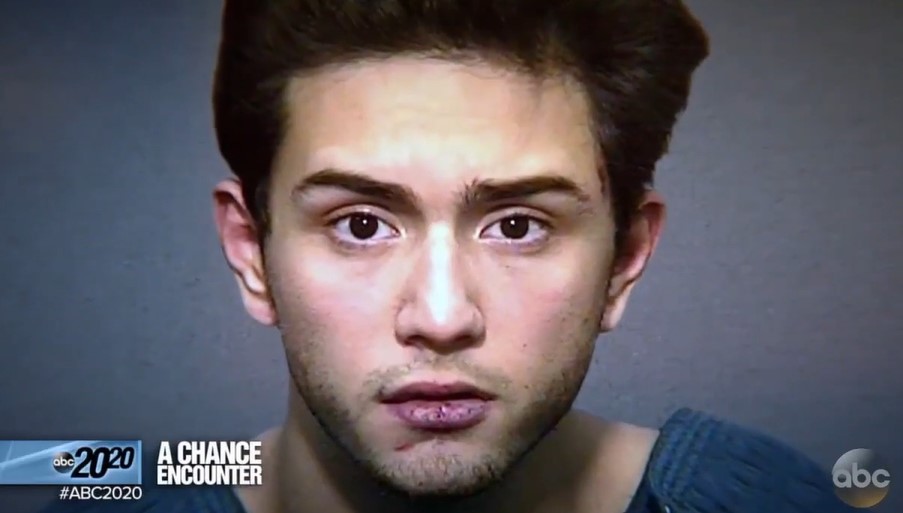 The investigation revealed that on October 8, 2015, Steve and three friends, Shay McConnell, Jake Mike, and Hunter Todd, were at a party at an off-campus student apartment. After hanging out there for a while, they decided to head home. As the group was walking to Steve’s car, parked in a lot, they realized that Hunter wasn’t with them anymore. They then stopped by the apartment where the Delta Chi party was going on.

One of them rang the bell, hoping to find Hunter in there, but they were seemingly confronted by a group of angry fraternity brothers, leading to a verbal altercation. As this continued, Steve was punched by one of the partygoers, completely unprovoked. At this point, Steve ran to his car in the parking lot and claimed that the group chased him as he did. Once he got to the car, Steve, who said he feared for his life, pulled a gun from his glove box.

What happened in the aftermath became the point of contention at Steve’s trial in April 2017. While Steve stated that he and his friends were subjected to violence, the fraternity brothers denied that. Steve told the authorities he fired his weapon after seeing two men charging at him despite warning them about the gun. While Piring, the other person shot along with Colin, said he went to help his friend, he never saw Colin charge at Steve.

As Colin and Piring were down with gunshot wounds, Steve claimed to have attempted first aid on them. At that point, he asserted that others attacked him, prompting him to fire in the air and injuring Zientek and Prato. While testimony from some witnesses stated that Steve and Colin were a few feet apart, the autopsy revealed stippling on one of the wounds, indicating that Colin was two feet or closer. The trajectory also suggested that Colin was possibly lunging at Steve when he was shot.

At the trial, the defense shone a light on the inconsistent statements from several witnesses present when the shooting unfolded. They claimed that Steve feared for his life, so the shooting was in self-defense. The prosecution, though, asserted that the shooting was premeditated. In the end, the jury remained deadlocked, resulting in a mistrial. In January 2020, Steve took a deal, pleading guilty to lesser charges, and was sentenced to serve 6 years in jail.