What to Expect From Council of Dads Episode 8? 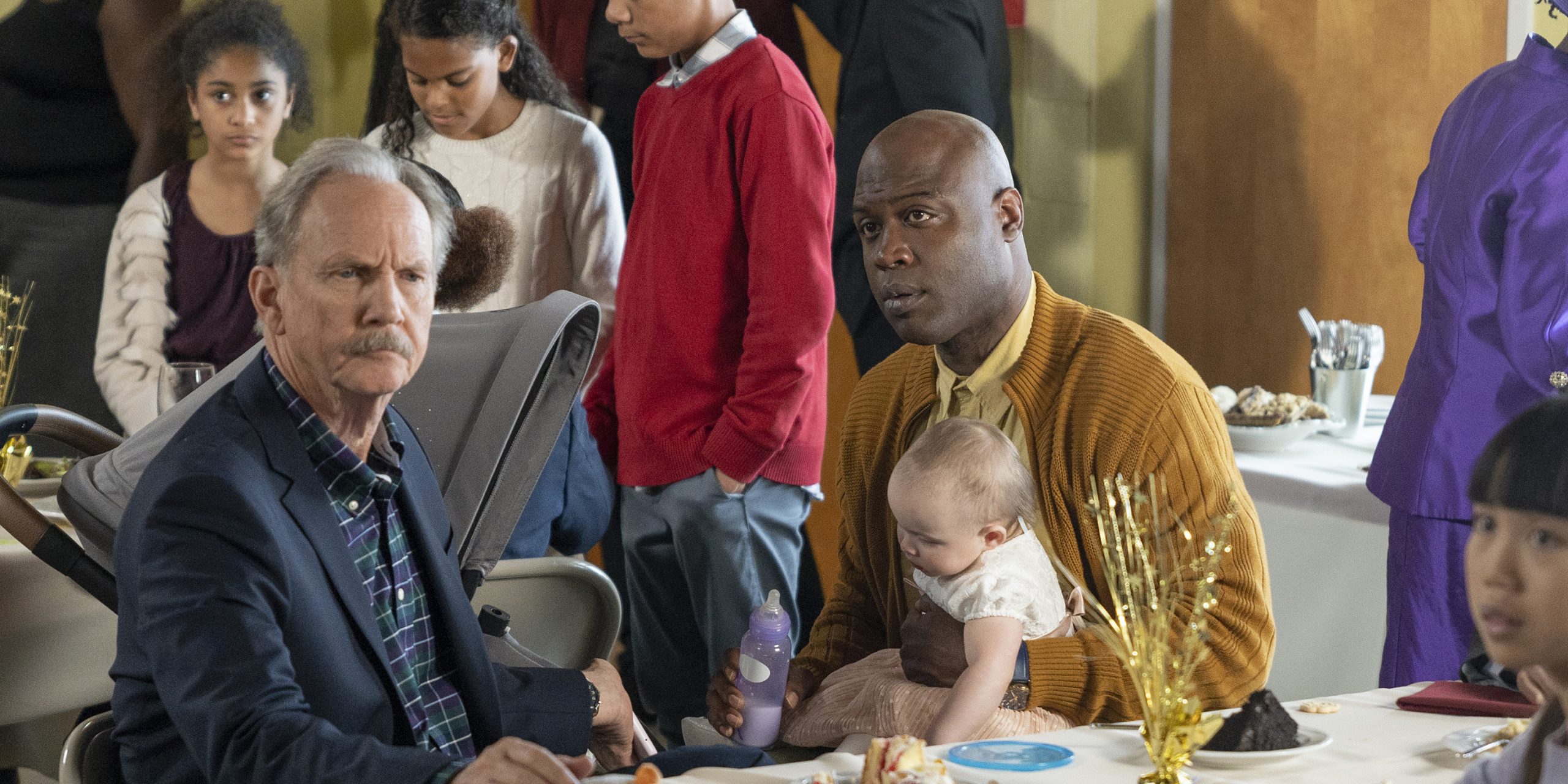 Revolving around the dynamic between the Perrys and the pseudo-dads, ‘Council of Dads’ has been demonstrating the value of family, friendship, and love since its premiere on March 24, 2020. In the latest episode, Anthony turns everyone’s smiles upside down when he reveals that he is moving to Las Vegas to take up a job. Of course, no one is thrilled and they try to find ways to convince him to stay. Luly is the most affected and she almost crashes into a car while driving back to her place after hearing a big “No!” from Anthony. Robin asks Anthony whether he is leaving because he has developed feelings for her, but he straight-up denies and reveals that he is Luly’s father. Evan and Luly fight over her mother’s rude behavior towards Luly.

Quoting a line from Hamlet, Theo advises Luly to go back to Evan and sort it out. Evan takes Larry’s advice and tells his mother that dropping out of school and buying the house were his idea and she must stop pinning everything on Luly and instead treat her with respect. Larry announces that he is ready to invest in Evan’s property. After doing some digging at his clinic, Oliver discovers that Anthony and not Scott is the biological father of Luly and convinces him to stay. In case you are wondering about what goes down in the upcoming episode, i.e., ‘Council of Dads’ episode 8? Well, we are here to help you out.

Where to Watch Council of Dads Episode 8 Online?

You can watch the ‘Council of Dads’ episode 8 by tuning to NBC at the above-mentioned time. You can also catch the show on NBC’s official website and the NBC app. If you don’t have a cable subscription, you can watch the show on Hulu, DirecTV, and Fubo TV. ‘Council of Dads’ is also available as a VOD service on YouTube TV. You can also stream the episodes on Sling TV.

It’s finally happening! The next installment of the NBC series might drop the truth bomb on Luly and things will never be the same again. They have been teasing this since the very first episode and in episode 8, we might finally get to witness the whole scene unfolding before our eyes. Robin, Larry, and Oliver might meet up with Luly and take the cat out of the bag. We can expect her to be in complete shock as she puts together the pieces from her past and present, all related to her and Anthony.

Also, after a lot of back and forth, Oliver and Peter will finally agree on adding a new member to their family via adoption. However, some complications may arise with regards to the birth mother of the child. Remember how in the previous episode, Sam stumbles upon Robin at the hospital and tells her how he and his wife are set to divorce and he would like to go out on a date with her again? Well, Robin might not be able to resist the offer and the two might start dating once again. Despite the chaos in her life, Robin might realize that she is falling for Sam.