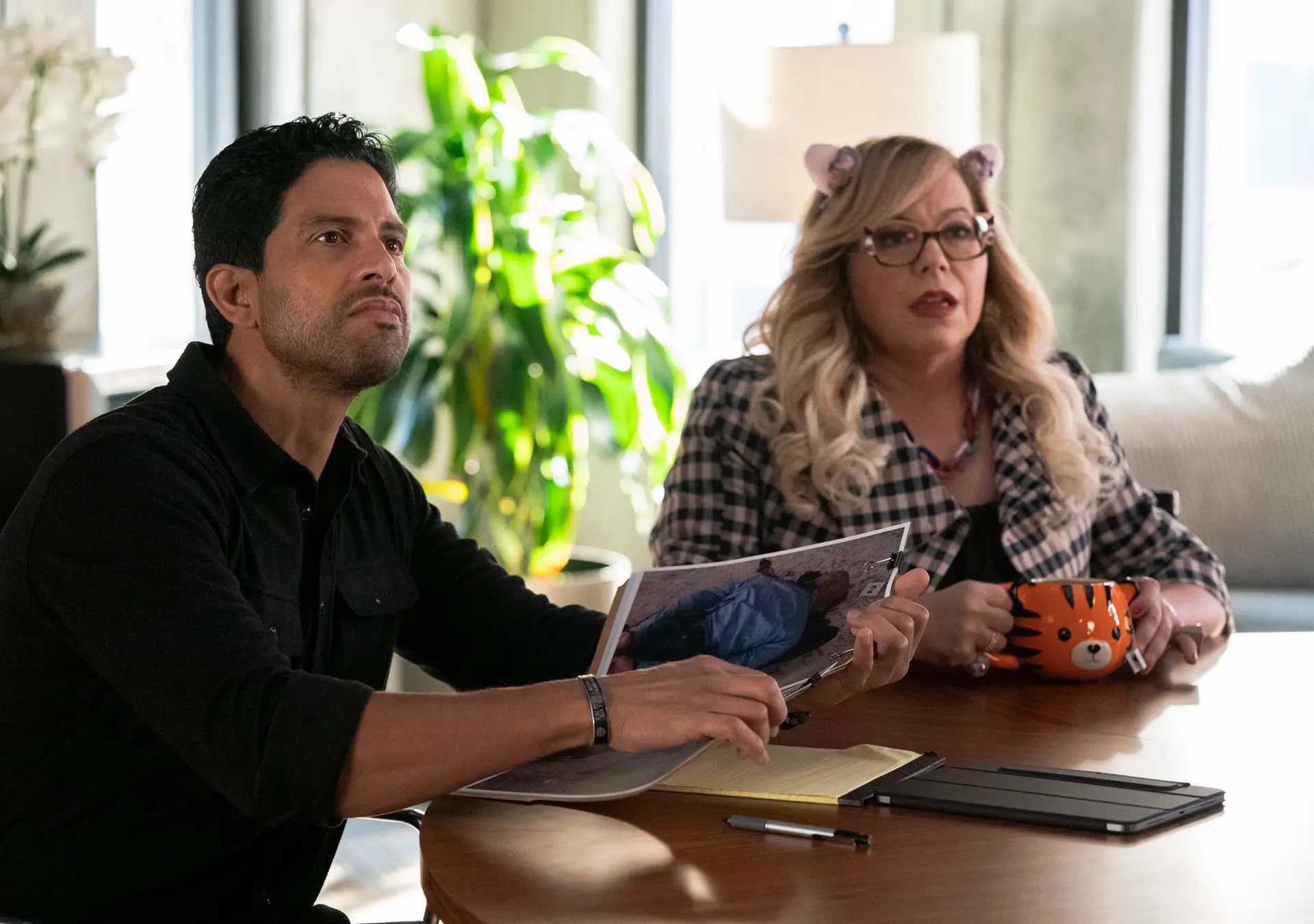 The Paramount+ series ‘Criminal Minds: Evolution’ is the continuation of the main narrative of ‘Criminal Minds,’ with most members of the main cast reprising their roles. It can be considered the 16th season of the show. In episode 4, titled ‘Pay-Per-View,’ the focus shifts away from the overarching antagonist of the season: the serial killer the authorities call Sicarius. Despite this, he remains integral to the narrative as the BAU tries to catch a pair of brutal home invaders and killers. Here is everything you need to know about the ending of ‘Criminal Minds: Evolution’ episode 4. SPOILERS AHEAD!

Even though the plot moves away from him, the episode starts with Elias Voit (Zach Gilford) as he meticulously cleans everything and kills the dog he used to do the deed after killing a man because he looks like his obnoxious neighbor. In the blood, he sees the reflection of a man who isn’t there.

It’s a frequently-used plot device to denote some form of inner turmoil. In this case, it seems that Elias’s methods for killing and has taught others weren’t invented by him.

In the previous episode, the BAU caught the most significant break in the case by arresting Tyler Green (Ryan-James Hatanaka), who the BAU initially believed was just another UnSub mentored by Sicarius. But he is soon revealed to be a vigilante, targetting Sicarius because he thinks the serial killer murdered his sister. However, because the BAU arrested Green while he was moments away from finding out Sicarius’ real identity, he refuses to speak to them.

This prompts Garcia (Kirsten Vangsness) to speak to the man. She thinks that as he was her informant in the Sicarius’ network of serial killers, he will be more forthcoming with her. But their first conversation doesn’t go anywhere as Green refuses to speak to someone working for the FBI.

Later, Garcia realizes that Green is the last to see his sister alive. She and Alvez (Adam Rodriguez) devise a plan to help Green remember those hazy moments of his life, hoping that he caught at least a glimpse of Sicarius. To convince Green to agree to this, Garcia speaks to him again, reminding him that he was the one who forced her back into the world of serial killers.

Meanwhile, a couple vacationing in Miami, Florida, discoverS through their security feed that two people have broken into their home in Maryland. As the couple watches horrified, the home invaders kill the security guard. Realizing that considerable knowledge is required to break into the security system, the BAU initially deduces that the two UnSubs are mentees of Sicarius. However, they are quite young and lack the sophistication that the other network members demonstrated. Toward the end of the episode, JJ learns that her husband can be potentially diagnosed with cancer.

The perpetrators turn out to be Gale and Jude, brothers who experienced a traumatic incident when they were younger. Their father, Cameron, is a security consultant. Years ago, even though Cameron had installed a state-of-the-art security system at his home, two people broke into the house and held knives to the throats of his wife and older son Gale, demanding money. Although Cameron managed to put his younger son Jude in the safe room, the home invaders killed Gale and Jude’s mother. They eventually let Gale go and ran away and haven’t been caught since.

Gale never forgave his father for what happened. It is revealed that their main target was always Cameron’s girlfriend. Fortunately, the BAU arrives in time. Gale is gunned down, and Jude is arrested. When Rossi interrogates the latter, he realizes that the brothers don’t have any connection to Sicarius.

Who Is the Man that Elias Voit hallucinates about?

As mentioned above, episode 4 seems to imply that Elias isn’t the one who invented the methods he uses to kill people. This makes us wonder whether this man, whose name is apparently Cyrus Legare (Silas Weir Mitchell), is the real Sicarius, and Elias learned everything from him before becoming a killer himself.

After accepting to cooperate with the authorities, Green is placed under hypnosis by Alvez, and his hazy memories of that horrible day begin to resurface.

The BAU believes that the man Green’s sister was dating at the time is Sicarius. Green never really got a glimpse of his face. He was supposed to meet up with his sister and the boyfriend but chose to spend time with his friends. Remembering this is agonizing for Green, who reveals that he found his way into the serial killer network during the pandemic, and Sicarius boasted to him about killing his sister even though the serial killer didn’t know who Green was.

As things stand now in the narrative, it’s pretty certain that Voit killed Green’s sister. But with the possibility of Legare being Sicarius, we can’t yet rule out that he was the one who did it, and at some point, Voit decided to take credit for the jobs of his mentor.