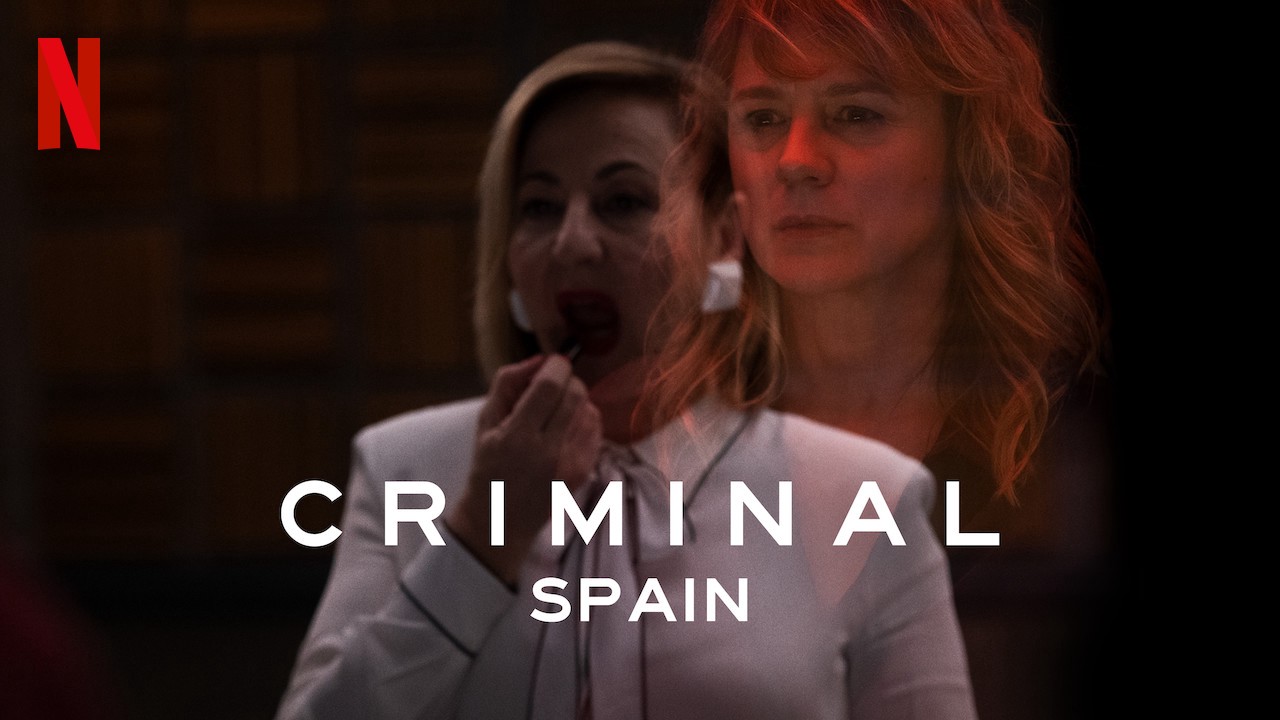 Netflix has heavily invested in Spanish movies and TV shows, so it would seem illogical if one of its most ambitious series didn’t include Spain. All four of ‘Criminal’s’ sections give three stories to the audience. Every one of them rests on a gruesome crime, with the cops trying to get their suspects to confess. It is a game of cat-and-mouse that takes place across the table. The cops come up with new techniques to get them talking, while the suspects come up with their own strategies to swerve the cops in a direction other than theirs. If you haven’t yet seen the series, head over to Netflix.

The Game Played by the Suspects

In its three episodes, ‘Criminal: Spain’ gives us three characters with completely different backgrounds and their varied motives to commit the crimes they are charged with. The first in line is Isabel. She is a middle-aged woman who has nothing more important in life than her Dalmatian. She is being held to give up information about her brother who has murdered someone and fled the country. The interrogation revolves around the cops trying to manoeuvre a way to get her to spill their target’s location. Unlike ‘Criminal: UK’, where the cops rely on pulling strings through conversations, in ‘Criminal: Spain’, they are ready to use every tactic that yields result. Considering the suspects that they have got, we don’t blame them for trying a route different than the mere exchange of words.

Isabel passes the time by talking about self-love and how modern society has distorted it with the physicality of a relationship. In any other situation, she could have easily sold whatever she wanted to. But here, the cops are aware of her true motive. She is trying to distract them by steering the conversation in a completely different direction. Every time they ask a question, she winds it so hard that it ends up at her dog. Maria gets fed up of her blabbering and stages a scene where she cuts to the chase with Isabel. To prevent her from dragging her along in yet another meaningless chatter, she gives her an ultimatum. Isabel had been going on and on about her dog, so Maria uses the animal to get to her. Isabel’s game is reversed on her and she agrees to give up everything.

This episode makes it look like the cops are miles ahead of the people they are interrogating and can see through any and every deception. However, we are proven wrong in the next episode. Maria interrogates a young woman whose autistic sister, Aurora, drowned in her bathtub. At first, Carmen doesn’t talk. Not only is she shook by her sister’s death, but we also notice the bruises on her face. It is revealed that after finding out about Aurora’s death, her father beat her up.

While Carmen calmly replies to every question, she becomes restless whenever her father is mentioned. It is clear that the man has terrorised her, and uses physical force to keep her in check. After spending some time with Maria, she confesses that her parents had asked her to drown Aurora to help her. Right from the start, Maria knew that Carmen was guilty. She only needed to make her confess. In the first case, her confidence helps her have a breakthrough with Isabel, but in Carmen’s case, it blinds her. When she triumphantly returns behind the scenes room, Rai tells her about Carmen’s reaction.

Much like Fallon did in the first episode of ‘Criminal: UK’, Carmen picked up on what Maria wanted to hear and concocted a story that would serve them both. Maria would get her confession and by implicating her parents in the crime, Carmen would get a reduced sentence or at least a more lenient reaction from the jury. When they go back to the interrogation and grill her further about what actually transpired that night, she loses her cool and completely breaks down at the idea of confronting her father. What happened here is this. Carmen’s father had been sexually abusing her ever since she was little. He would also constantly hit her, which is why she was so scared of him.

However, when she realised that the same fate would soon befall her little sister, she could not accept it. She knew there was no running away from her father, so as an act of mercy, she killed her sister. When Rai points out her manipulation of the interrogation, it seems like she was driven by a desire to get rid of Aurora. Because she had been taking care of her for so long without reaping any benefits while losing her freedom, it looked like she killed her sister to solve all of her problems. But the true story paints a different picture, and we realise that mercy, as well, can be a motivation to kill someone. Anger and violence are not the only instigators.

The Personal Angle of the Cops

In the third episode of the series, we meet a man who has a long history in crime and has crossed path with the police department on a number of occasions. Carmelo is a drug smuggler who is caught with one-kilo cocaine in his possession. He resists arrest due to which the officer hits him. The cops know that this incident can and will be used against them so they one-up the criminal by adding some new details to the story.

Now, in the previous cases, the cops were detached. They had no connection whatsoever with the suspects and could maintain objectivity in the interrogation. In this episode, however, there is a lot of personal conflicts which spring from the history they share with Carmelo. He has been brought in for questioning a number of times before. He has been charged with homicide, robbery and whatnot. But every time, he has managed to walk out scot-free. This time, as well, he aims to do something similar. In return for reducing, or even completely scraping, his sentence, he offers information on the biggest names in the cocaine business.

Maria finally gets a chance to nab him and isn’t ready to trade him for anything. What drives her further is that in the homicide case that was levied on Carmelo all those years ago, one of the victims was her cousin. Due to personal involvement, she is ready to bend all the rules to make Carmelo pay. Meanwhile, her relationship with Rai has soured. He is frustrated because she doesn’t want to continue further yet wants to maintain an illusion of some feelings between them. While she is driven by revenge, he is driven by disdain. Her colleagues don’t agree with her methodology but support her when she finally gets it done. Rai, on the other hand, rats her out and all the work she had put in goes to waste.

In this series, we get to see how the personal conflicts of the cops can lead to serious implications for their professional lives. Maria and Rai’s office romance looks like a dreamy tale in the beginning, but the moment they hit the rough patch, it begins to affect their cases. Maria is great at her job, but she is also stubborn and will do whatever it takes to get what she wants. Previously, Rai curbed his inhibitions and supported her in whatever she wanted to do. But now, he lashes out at her by going behind her back. Every version of ‘Criminal’ focuses on the personal lives of the cops, but in this part, we get to see a complete picture of how adversely it can affect their jobs. All it takes to bring everything down is a scorned lover, which is why it is asked to not indulge in a romantic relationship with one’s colleagues.