Critter Pricker on Shark Tank: Everything We Know 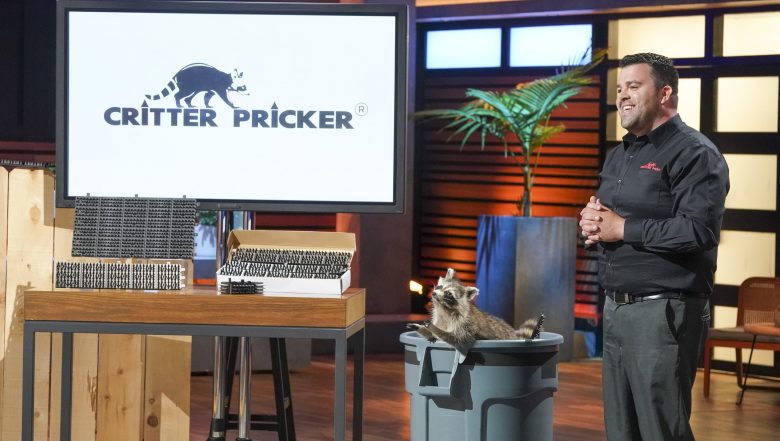 ABC’s ‘Shark Tank’ inspired by ‘Dragon’s Den’ now has a legacy of its own. The more than well-to-do panelists and the massive influx of aspiring entrepreneurs definitely keep the show running. What’s more is that the show still hasn’t faltered when it comes to its entertainment value, which is a rare feat to achieve when a show has been running for several years.  The viewers often find more than one reason to stay amused with most of its episodes. While the sharks can make some frank observations that lack tact, they do believe that it will help the aspiring company keep it real.

Critter Pricker: Who Are They?

Joseph Balistreri, a native of Pennsylvania, has always had a personal problem with getting rid of raccoons and other wild animals entering his property. As animals seldom get the concept of human territory, he devised a product that would help many people who have the same problem. This is how he designed Critter Pricker, which are plastic spike strips that mold around objects and also deter animals from entering one’s property.

Balistreri realized the potential of his product when it sold out completely in a trade show he participated in. Thus, to keep up with the high demands, he ended up on ‘Shark Tank’ in need of a shark to keep the business growing consistently. However, most of the sharks hesitated to make a deal due to concerns of being sued in case the product accidentally harmed a pet or a child. After much contemplation, Joe managed to get a deal with Kevin O’Leary, for $115,000 in exchange for 15 % equity and a $ 2.50 royalty per unit.

Say hello to my new biz partner!! He’s a ruthless negotiator but I think we’re going to be great friends! I’ve always wanted to be in the #critterpricker business. https://t.co/e31TqYxLYv pic.twitter.com/L4XBF15mVq

Critter Pricker: What Do They Do?

Critter Pricker is a wildlife repellent that does not cause them harm but also takes off the customer’s worries by keeping animals like raccoons away from the swimming pool and trash cans. The product which looks like a plastic carpet has spikes on its surface. The product is designed in such a way that it can be wrapped around trash cans and placed along the edge of the pool. The spikes prevent animals, most of whom have sensitive paws, from wanting to hurt themselves, and thus always keeps them at bay.

The Critter Pricker website also provides much information on identifying the kind of wildlife one may be dealing with. They also have other products that can keep such animals away. The company, which is based in Florida, has been in this business for around ten years. The company has a relatively active social media presence that offers more details and updates about its products. The company also has a YouTube page that offers several insights on identifying animals, interestingly, by what they leave behind. In any case, the company seems to be looking forward to expanding its business not only to earn profits but also to help people with this genuine issue. Check out their product video below: