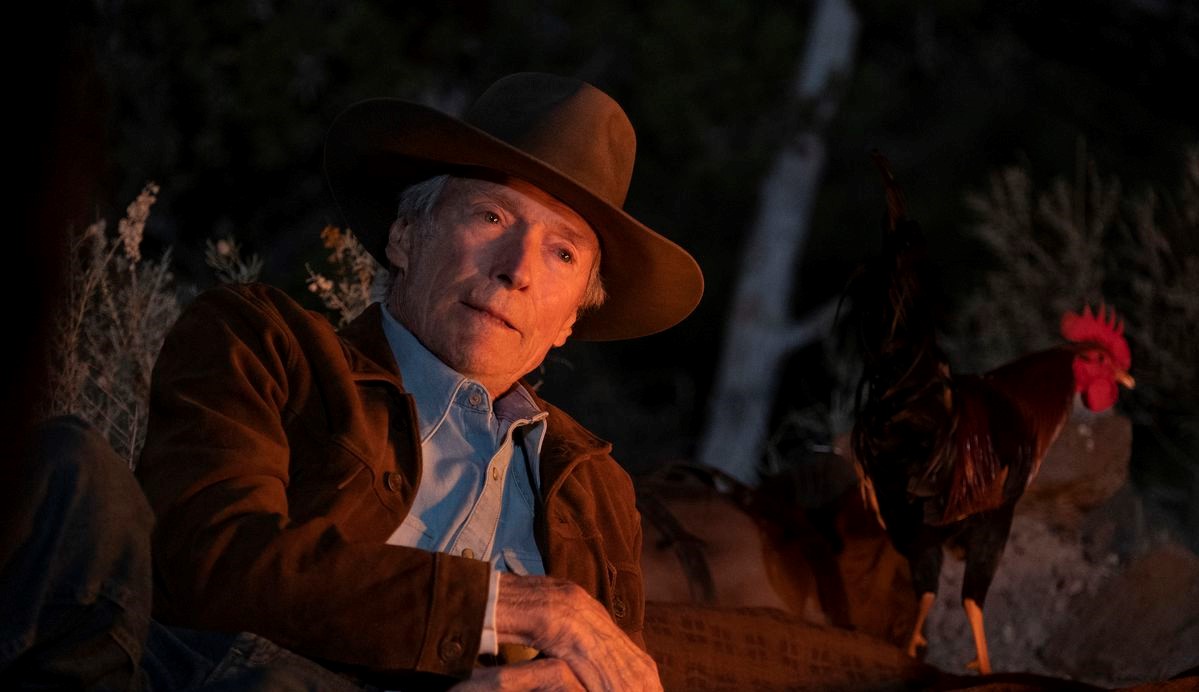 The last time Clint Eastwood set aside his passion project because he wanted to be older enough to play the age-appropriate lead was ‘Unforgiven’ in 1992, the revisionist western that famously won four Oscars including Best Picture and Best Director. In his latest film called ‘Cry Macho,’ the nonagenarian screen veteran — 91 years old, to be exact — made the same creative choice here, even though Robert Mitchum was originally tapped for the role. That was back in the late ‘80s because Eastwood felt his age at the time wasn’t right enough to play the character. He went on to make ‘The Dead Pool’ instead, the fifth and final installment of the ‘Dirty Harry’ film series and the project has been floating around ever since. Potential stars including Roy Scheider and yes, even Arnold Schwarzenegger were considered for the role. In the end, Eastwood decided to direct and star in the film after waiting for over 30 years.

Adapted by N. Richard Nash from his own 1975 novel of the same name, ‘Cry Macho’ follows Mike Milo (Clint Eastwood), a former rodeo star whose glory days are over after a severe back injury ended his career. He was then relegated to working as a horse breeder, only to be subsequently fired by his boss, Howard Polk (Dwight Yoakam), because Mike was late one day, and Howard figured “it’s time for new blood.”

However, a year after he was let go from his job, his former boss came back to him and decided to hire Mike again. Only this time he isn’t tasked to breed and train horses like he used to. Instead, he is required to go to Mexico City to get Howard’s 13-year-old son, Rafael a.k.a. Rafo (newcomer Eduardo Minett in his first Hollywood role) and bring him back to Texas. Howard claimed his son was being abused and he himself couldn’t go to Mexico due to some legal issues.

Once in Mexico, Mike deals with the boy’s crazy mother, Leta (Fernanda Urrejola) and learns about Rafo, who is always up to something mischievous, namely stealing and cockfighting. Mike manages to track him down, but is caught up in a police raid on an illegal cockfight.

Long story short, we soon learn about Mike and Rafo heading back home on a long journey along with the boy’s prized rooster nicknamed “Macho”. En route, they face several obstacles including dealing with Leta’s henchman, Aurelio (Horacio Garcia Rojas.)

While it’s nice to see Eastwood returning to the western genre since ‘Unforgiven’, ‘Cry Macho’ isn’t the kind of a movie you would normally expect from this screen veteran. It’s more of a straight-out drama, even though it does contain some minor action moments here and there. But the “action” in question pretty much takes a backseat, with one of the brief scenes involving Eastwood punching a bad guy. It was as if Eastwood tried to spice things up a little but doesn’t really do much that amounts to something thrilling or suspenseful.

Even the 104-minute running time feels longer than it should, notably the film’s saggy midsection where Mike and Rafo chose to lay low in a small town. Sure, there are genuinely tender moments between Mike and the kind-hearted widow, Marta (Natalia Traven) who runs a cantina. I have to admit they share great chemistry, albeit their language barriers in the film. But personally, I would have preferred if Eastwood played it straight by focusing more on his unlikely father-figure-like relationship between his character and the boy, Rafo. It would have also helped if the stakes were a little higher, to notch up the tension.

The film does include moments of redemptions among the recurring themes often found in Eastwood’s films these days. Too bad it’s all surface-level storytelling here, nothing deep or the kind that resonates emotionally.

Still, ‘Cry Macho’ has a few memorable moments. This includes the aforementioned moments between Mike and Marta as well as some of Ben Davis’ gorgeous cinematography, which was shot on location in New Mexico. There are familiar odd-couple moments too between Mike and Rafo that result in Eastwood’s signature sly sense of humor.

Now, if only Eastwood didn’t approach his ‘Cry Macho’ like he’s making a placeholder film during his free time, we might have gotten a better movie.