Crystal McDowell Murder: Who Killed Her and How Did She Die? 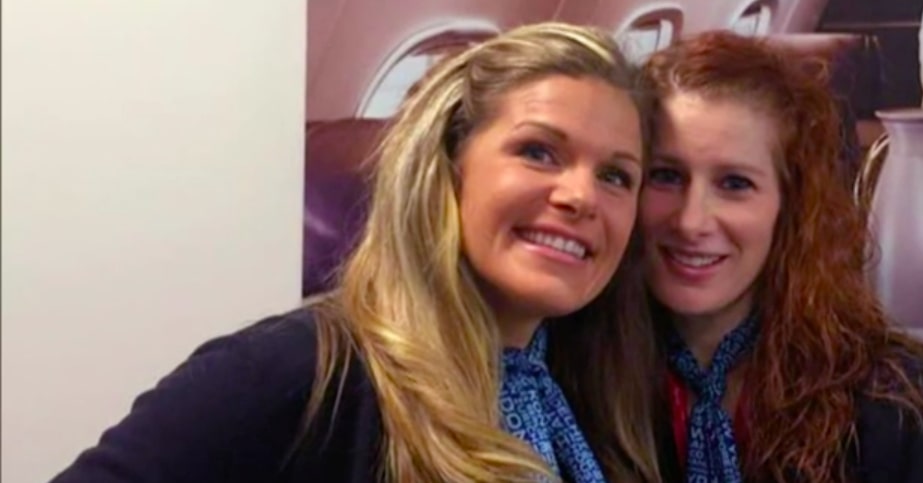 ‘Dateline’ brings to the forefront the disappearance and death of Crystal McDowell, a divorced mother of two children. While crimes of passion are not rare, it does not prepare one for the trauma it induces on the victim’s loved one.  This case gained extensive media attention, and McDowell’s disappearance occurred just hours before Hurricane Harvey hit both Texas and Louisiana in August 2017.

Who is Crystal McDowell?

Crystal Seratte McDowell, lost both of her parents when she was young. She was then cared for by her uncle, Jeff Walters, and the rest of his family. She was a flight attendant for ExpressJet before she became a successful realtor. In the segment with ‘Dateline,’ her uncle Jeff said that she was bringing in tens of thousands of dollars in revenue each month for the company, Virginia Malone & Associates, LLC, their family-owned business.

She had divorced Steve McDowell, whom she had been married to for around ten years; it was publicly known to be an amicable divorce. They had two children together. McDowell’s aunt described her as the breadwinner of the family. After the divorce, the former couple was granted shared custody of their children. In any case, McDowell had moved on from the relationship and had begun dating a local jeweler named Paul Hargrave. Her social media and friends vouched for the fact that she had never been happier. The only glitch was that her former husband was not really aware of this relationship till late.

On 25 August 2017, she left Paul Hargrave’s residence, stating that she had to pick up her children from Steve’s place. However, according to Steve, she never showed up. Later, when she did not respond to any of the texts sent by Hargrave, he called Crystal’s uncle, Walters, to see if he knew her whereabouts. When she did not turn up even on the next day, Walters contacted the police, reporting her as a missing person.

The investigation was not an easy task as it occurred amidst Hurricane Harvey, which turned out to be a real nightmare for those who resided in the affected areas. Regardless, the sheriff’s deputies got to work; one of them even lost his house in the storm. Soon enough, a few people of interest popped up on their list. The police investigators were not happy with Walters as he got in the way of the investigation. This is because he went to Crystal’s townhouse with other members of his family, which then tainted the evidence. His family even went ahead and hired a private investigator.

The next suspects, as can be expected, were the two men closely linked to Crystal at the time of her death—Steve McDowell and Paul Hargrave. The two were quite cooperative with the investigation. During the investigation, Paul said that he was invited for a family cruise with the family; however, he declined since it would be awkward with her ex-husband present there. In a segment with ‘48 Hours,’, he said that Crystal had asked Steve to not come on the trip and he did not take it well. He said, “She was really concerned about her well-being…She was concerned about him finding out about me.” In any case, as the days went on, Steve became the prime suspect in Crystal’s disappearance.

A few days after Crystal went missing, her Mercedes was found parked in front of a motel. The car was left unlocked, and the keys were on the console. This made the investigators believe that it was staged. Though the car was processed for forensic evidence, due to the floods, nothing was really found. Soon after this, Waters offered $ 10,000 to anyone who had information about the case, while Paul offered $ 5,000.

The police also found out that Crystal and Steve did not have a happy divorce, as was told by Steve. The two had a falling out, and Steve was financially quite dependent on Crystal, and shortly before her death, she had planned on putting an end to providing for him. It was also alleged that he was planning on proposing to Crystal on the cruise trip, even though they had just gotten divorced. The police records found that Crystal had previously placed a 911 call stating that he had kidnapped the kids, and he returned them eventually, making her withdraw the charges. On top of all this information, they found surveillance footage of someone closely resembling Steve buying a bicycle from Walmart nearby and riding it out. The case investigators put two and two together and stated that this is how he had gotten home after ditching Crystal’s car in front of the motel.

Almost two weeks after her disappearance, with the surmounting pieces of evidence against Steve McDowell, he finally admitted to killing Crystal. He stated that he had strangled her after a heated argument about her staying out all night. He demonstrated it as a chokehold gone wrong. He then tied her body up, put her in trash bags, and took her body in her own car to a nearby wooded area. He drove the detectives to the spot, where they finally found her body.