Curie Deodorant Shark Tank Update: Where Are They Now? 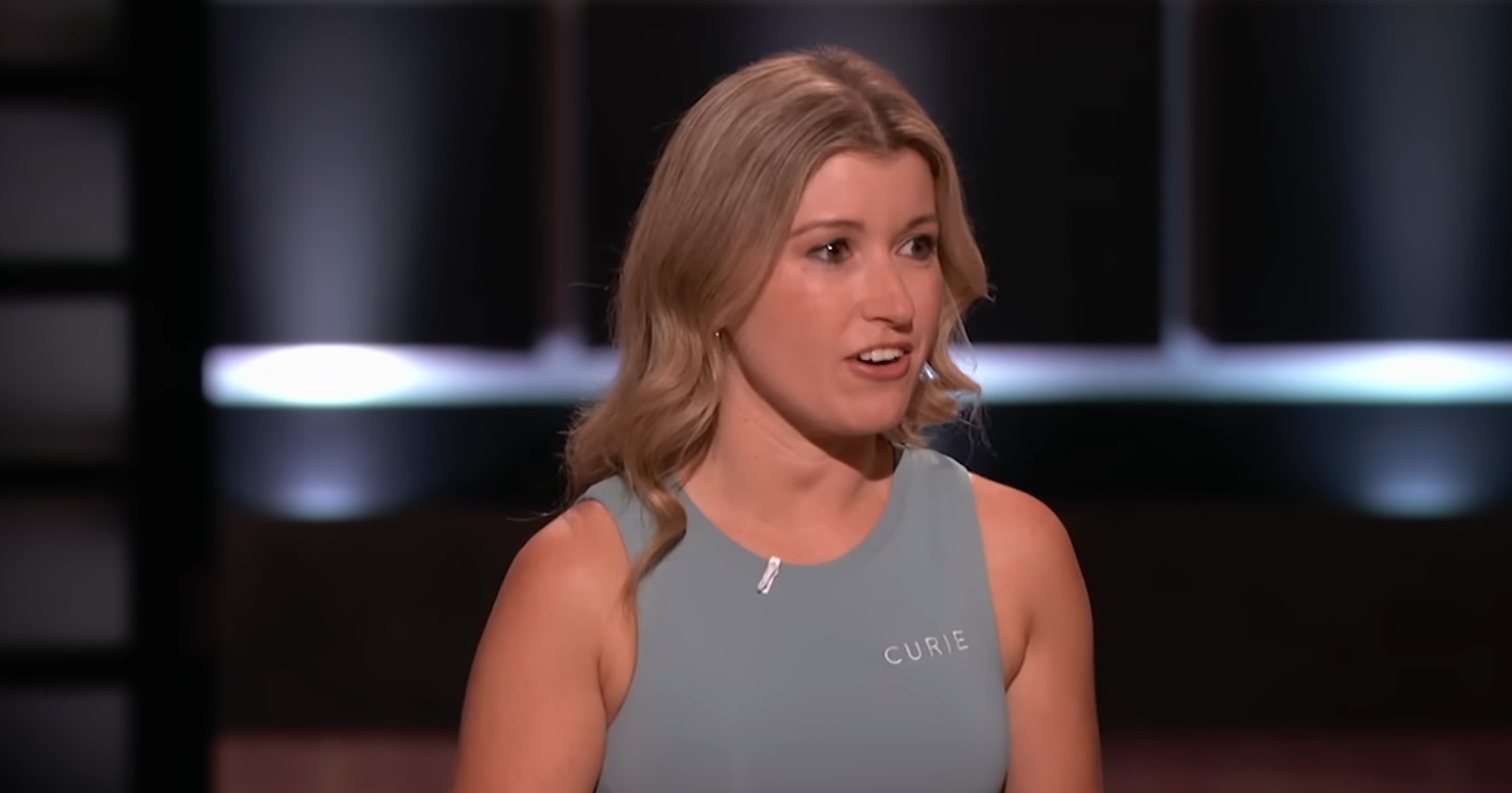 There’s a massive demand for natural products in today’s makeup industry. However, entrepreneur Sarah Moret was surprised to discover the dearth of natural aluminum-free deodorants in the market. Determined to counter the shortage, she came up with her own company, Curie, which provides customers with a range of natural, high-quality makeup products. Incidentally, with Sarah appearing on ‘Shark Tank‘ season 13 episode 17, the interest in her products multiplied, and we decided to jump in and trace Curie’s growth.

Curie: Who Are They and What Do They Do?

Sarah Moret, the brain behind Curie, completed her BSBA in Business Administration from the Questrom School of Business, Boston University, in 2011. Following her graduation, she joined PwC as a Senior Associate in Transaction Services before moving on to take up the post of Finance and Operations Manager at Formation 8. Subsequently, in 2016, Sarah became an Investment Associate with Crosscut Ventures but left the organization in the following year to join Ukko as their Head of Strategy. Eventually, in December 2018, she decided to turn her dream of entrepreneurship into reality and left Ukko to start Curie, where she currently serves as the CEO. 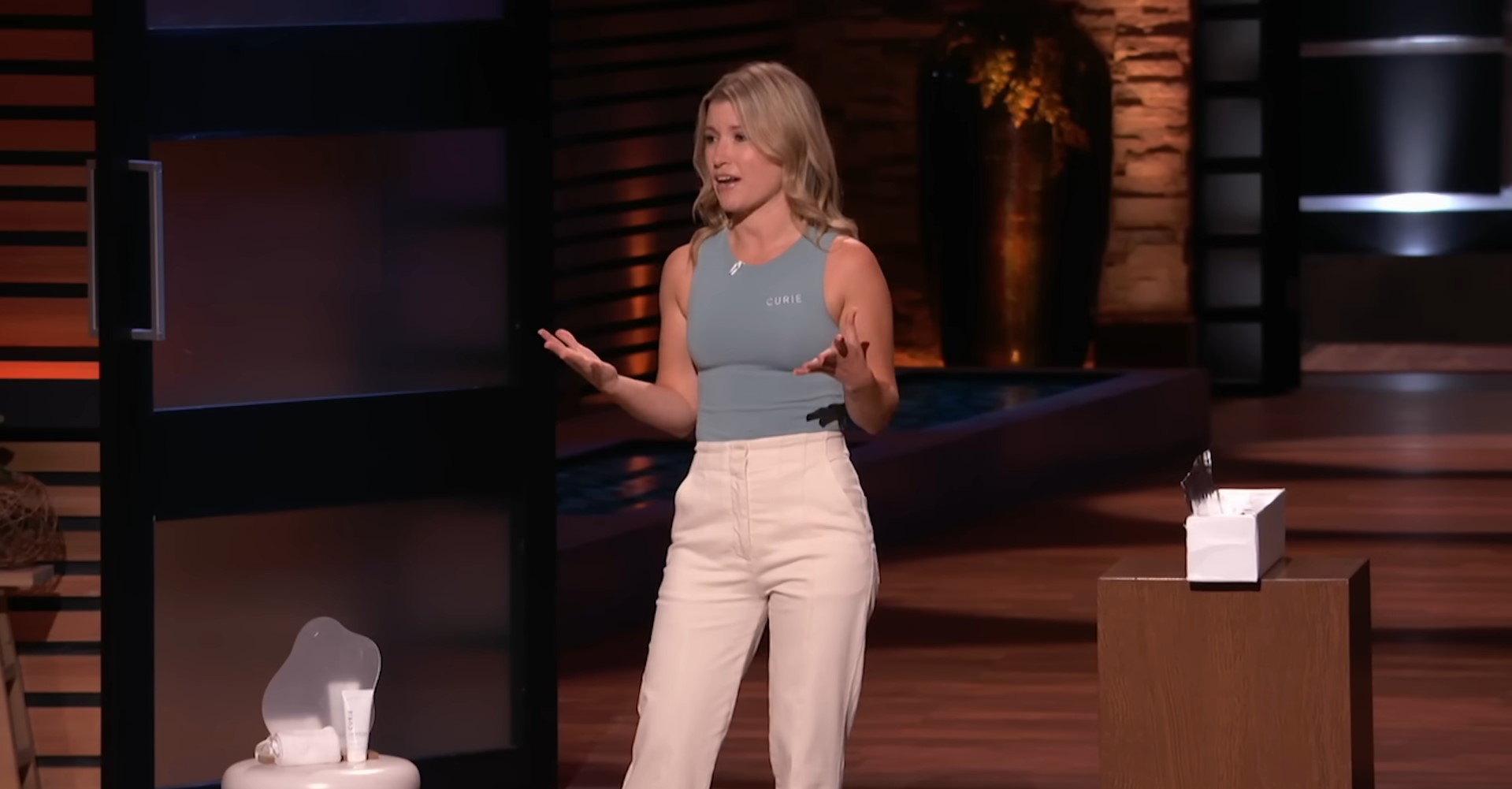 While on the show, Sarah mentioned that she became aware of the lack of quality natural products in the makeup industry. While she was in the market for an aluminum-free deodorant, she found that none of the top brands had a satisfactory product in the same category. Moreover, while some local and average brands catered to the completely natural makeup market, their products compromised heavily on quality while the cost skyrocketed. Realizing the gap in the market, Sarah’s keen eye noticed a business opportunity, and she was interested in starting a makeup business as a form of side income. That was when Curie came into existence, although with the company gaining popularity, Sarah had to drop the side-business idea and started working in her company full-time.

Curie prides itself on manufacturing and offering completely natural makeup and cosmetics, with its lineup now including hand sanitizer, body oil, deodorant, body wash, and even candles, among others. While the products are created using organic materials, Sarah mentioned that all her products are aluminum and paraben free. Moreover, she also took a stand against animal cruelty and insisted that Curie would never test their products on animals or other living organisms.

Where Is Curie Now?

While Sarah funded the business with $12,000 from her own pocket, Curie was received quite positively after launch, and the company earned around $125,000 in revenue in the first year. Although she even managed to raise $1 million in investment in 2020, Sarah mentioned that the business wasn’t profitable at the time of filming. Still, Curie had earned around $700,000 in sales in 2020 and was on course to earn $2 million in revenue in 2021. While the numbers were quite impressive, Sarah came into the Tank asking for $300,000 in exchange for 5% of her company. The Sharks were interested in such an offer initially, but after some back and forth, Mark Cuban and Barbara Corcoran agreed to give Sarah $300,000 in exchange for 10% equity plus 4% in advisory shares.

Once Barbara and Mark came on board with Sarah, Curie witnessed an exponential increase in sales. Sources claim that within three days of the episode airing, Sarah had her stock completely sold out, which naturally led to many backorders. However, the entrepreneur worked with the Sharks and handled logistic issues before fulfilling every order. Besides, by April 2022, she had replenished her stock and was in business online. At the time of filming, Curie products were available exclusively on their official website, but Sarah wanted to expand and has since made her products available on Amazon.

Additionally, Curie products are available in around 300 physical stores all over the United States, including brand stores such as Nordstrom and Anthropologie. Sarah even spoke positively about the effect ‘Shark Tank’ had on her company and said, “It’s really changed the company. It’s the gift that keeps on giving. Obviously, when it aired, we saw a huge increase in sales. But it has continued to have a positive effect on the company because it gives us that legitimacy.” Besides, readers would be interested to know that Curie’s popularity helped Sarah get featured in popular publications like New York Times and Glamour.

Currently, Curie offers a wide range of products, including pit kits, deodorants, clay detox masks, body wash, and body oil, among others. While most of their products fall between the price range of $14 to $48, one can also get Curie branded caps and sweatshirts for $26 and $32, respectively. Sarah’s determination and never-give-up attitude has taken Curie to where it is now, and we are confident that the company will witness further success in the near future.