Investigation Discovery’s ‘Married With Secrets: Sick and Twisted’ re-examines the brutal slaying of Dana Mackay at her home in July 2013. The investigation into the 42-year-old’s murder went on to reveal a gruesome murder-for-hire plot that was masterminded by her own husband. The episode uses dramatic re-enactments interweaved with personal accounts of the people close to the case to help the viewers understand the reasons why Dana was killed. So, if you’re curious to know more about this case, we’ve got you covered.

How Did Dana Mackay Die?

Dana Mackay was a 42-year-old Georgia native who had been living in Williamsburg, Virginia, with her husband, John Wayne Mackay. Dana graduated from Branell Business College in Atlanta, Georgia, and at the time was working at Empire Today, a carpet and flooring business not too far from her home. On July 27, 2013, Dana’s neighbor went to check on her because Dana’s mother had not heard from her. What the neighbor discovered was a horrifying scene at the Mackays’ home.

Dana was found dead in her bedroom. Her body was beside the bed, supine and naked. She had multiple stab wounds to her face, and one of her fingers was almost severed off. Dana also suffered from blunt force trauma and had defensive wounds on her arms, suggesting she tried to fight her attacker off. The investigators noticed that the bedroom door was kicked in, and there was a massive amount of blood at the scene. Naturally, in cases like these, the spouse is considered a person of interest, and as the investigation went on, the assumption turned out to be right.

John Mackay was a Unites States Army staff sergeant stationed at Fort Eustis in Virginia. The 42-year-old was also working a second job at an automotive parts store, where he met the 35-year-old Nicole Houchin. The two began an affair, and Dana found out about it sometime in 2013. According to Dana’s parents, she wanted to fix her marriage and make things better. But John had other plans. About two days after Dana’s murder, John and Nicole were arrested, and they admitted to having an affair with each other. The story only got more sinister after that. 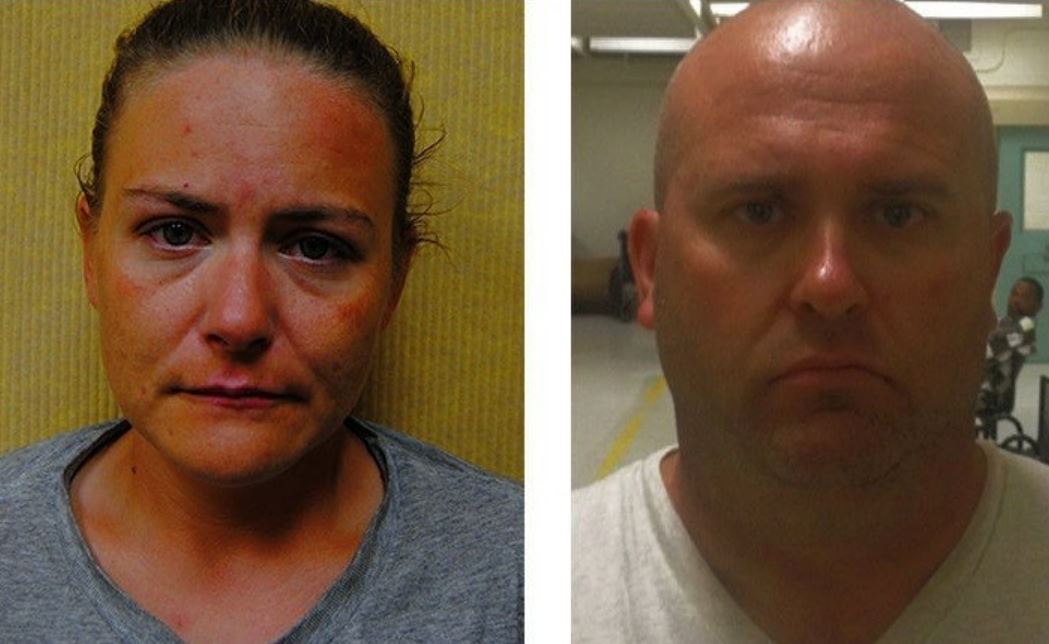 Investigators learned that Dana was not willing to divorce John at the time, and according to the neighbor who found her dead, Dana feared for her safety because Nicole had sent her a few threatening messages and had also been stalking her. John and Nicole had initially admitted to having fantasized about Dana’s death but said they had nothing to do with her actually dying. The police caught a break when a soldier from the same base handed a cellphone over, which was given to him by John.

He had seen that the phone was receiving emails that talked about Dana and immediately alerted the authorities. The email account was looked at, and the police realized that about three days before Dana’s murder, there were exchanges between John and Nicole where John said, “Will she be gone before I get back?” and also “I’ll be forever in debt to you and will show you every day.” Nicole replied, “Trying to make it happen asap.” Eventually, the plot to have Dana killed came to light.

John had discussed with Nicole about having Dana killed before. At the time, Nicole asked her estranged husband Nace Houchin if he would help them out. Nace apparently agreed in exchange for $20,000, and this plot included another employee from the same automotive parts store, 25-year-old Gregory Crawford. He agreed to help under the assumption that he would be paid as well. So, while John was away in New York, the three of them broke into the Mackays’ house at around 1 AM. While Nicole and Gregory stayed downstairs to stage a robbery, Nace went upstairs and killed Dana.

John later admitted that when he called Nicole that night, she told him that it was done and there was a lot of screaming. In February 2015, John, Nicole, and Nace pleaded guilty to Dana’s murder. In exchange for their cooperation, charges of capital murder and conspiracy to commit murder were dropped. Gregory pleaded guilty to conspiracy to commit capital murder. The four of them were sentenced in January 2016.

Where Are John Mackay and Nicole Houchin Now?

John and Nicole pleaded guilty to first-degree murder and were sentenced to life in prison. But given their cooperation with the authorities, they were to spend a lesser amount of time in prison as part of their plea agreements. So, John was sentenced to serve 28 years and 2 months while Nicole was handed down 23 years and 11 months as her sentence. As per prison records, John remains incarcerated at the Deerfield Correctional Center in Capron, Virginia. He will be out of prison in May 2039. Nicole, on the other hand, is imprisoned at the Fluvanna Correctional Center for Women in Troy, Virginia. She will be released in May 2035.