Where Are Nace Eugene Houchin and Gregory Crawford Now?

Dana Mackay’s horrific 2013 murder is the subject of Investigation Discovery’s ‘Married With Secrets: Sick and Twisted.’ In July that year, Dana was found beaten and stabbed to death in her bedroom. As the authorities would later find out, her husband John Mackay planned to have her killed as he was having an affair with Nicole Houchin, someone he met through work. In a disturbing turn of events, Nicole enlisted her estranged husband Nace Eugene Houchin’s help to kill Dana in exchange for money. Also involved in the plot was Gregory Crawford, another co-worker of theirs. Curious to know what happened to Nace and Gregory since then? We’ve got you covered.

Who Are Nace Eugene Houchin and Gregory Crawford?

Nace Eugene Houchin was an ex-Army Specialist who was married to Nicole Houchin. At the time, he was based out of Fort Eustis. John and Nicole had talked about getting rid of Dana, and John was ready to pay $20,000 to get it done. Gregory Crawford, another employee at the automotive parts store where John and Nicole worked, told her that he knew someone who could do that for them.

But, a few weeks later, that plan fell through because that person had been shot and injured. It was at this point that Nicole asked her husband for help. In exchange for the $20,000, Nace agreed to help kill Dana. On the night of the incident, the three of them broke into the house at around 1 AM. Gregory got them in by using a credit card to open the garage door.

While Nicole and Gregory stayed downstairs to ransack the place and stage a robbery, Nace went upstairs and kicked the bedroom door in. He then viciously attacked and killed Dana Mackay with a breaker bar. While John and Nicole were arrested two days after the incident, it was a while before Nace and Gregory were taken into custody. The authorities were helped by John and Nicole’s eventual confessions. Nace was arrested a few months after the killing.

The authorities executed a search warrant on his truck, and in there, they found a wallet with his Army identification card and a handwritten confession saying he had killed Dana. Forensic analysts concluded that he was “more than likely” the person who wrote that note. But Nace initially stated that he had nothing to do with Dana’s murder, and he just wrote that letter to protect Nicole. Nace also insisted that he knew nothing about the $20,000 either. 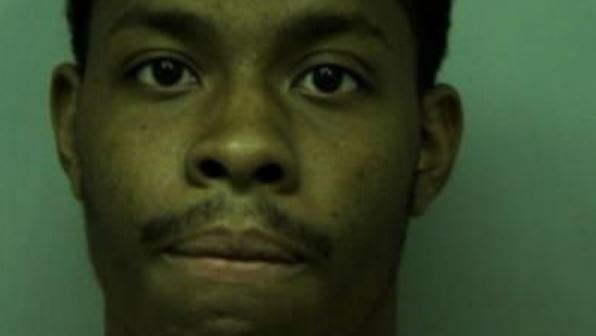 Nicole also told the police about Gregory’s involvement. After the murder, the three of them had gone to Gregory’s apartment, and over there, he collected the bloody clothes and the murder weapon. The next day, Gregory told Nicole that he had burned the clothes and tossed the weapon into a river nearby. Nicole stated that Gregory helped because he thought he was going to get paid as well. The 25-year-old was arrested about a year and a half after Dana’s death.

Where Are Nace Eugene Houchin and Gregory Crawford Now?

By 2016, all four involved with Dana’s murder had pleaded guilty. The capital murder charges were dropped against Nace, and he instead pleaded guilty to first-degree murder. As part of his plea agreement, he was sentenced to life in prison but was given a suspended sentence which meant he would serve 40 years behind bars. As per prison records, he remains incarcerated at the Nottoway Correctional Center in Burkeville, Virginia. He is scheduled to be released in August 2048.

Gregory Crawford pleaded guilty to conspiracy to commit capital murder. He was sentenced to 20 years in prison with 3 years suspended. The judge at his sentencing said, “I have given you just about the maximum punishment because I think that’s exactly what this type of crime deserves.” As per prison records, Gregory is serving his time at St. Brides Correctional Center in Chesapeake, Virginia. His release is set for December 2029.