Danielle Colby From American Pickers: Everything We Know 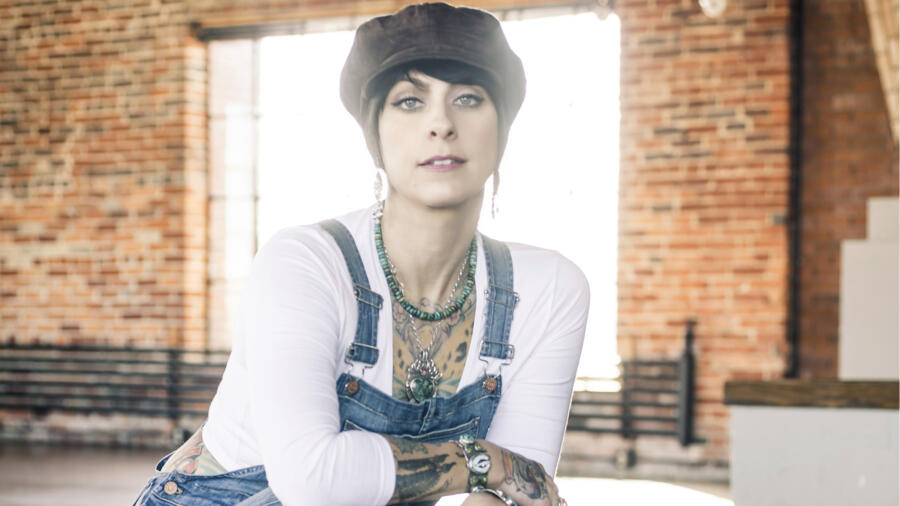 Danielle Colby, among other things, is renowned as the Queen of Rust and is always seen pushing boundaries in whatever she has taken up in life, professionally as well as personally. She has been overseeing the operations at the Antique Archaeology stores in Iowa and Nashville and acting as the pillar of support to the fan-favorite hosts of ‘American Pickers’ since its inception on January 18, 2010. Along with flawlessly being a dancer, artist, mother, activist, filmmaker, and philanthropist, she has also been a responsible daughter to her parents.

Born and brought up in Davenport, Iowa, Danielle has been paying her father’s medical bills, as he got diagnosed with leukemia shortly after she started filming for the show. While she gladly exhibits her professional endeavors to the world, the TV personality acts a bit coy when it comes to the intimate details of her relationships. We were intrigued to dig a little deeper into her life, and here is everything we found out!

Danielle Colby became a household name after she was seen looking after the operations at Mike Wolfe’s successfully-running antique shop, Antique Archaeology. The two had known each other for almost ten years when he asked her to be a prominent part of his brainchild ‘American Pickers.’ When the show got picked up by History Channel, she became a TV star within a brief period. Danielle’s role during the course of the show might seem insignificant, but she is surely the “glue” holding them all together.

In addition to having played a significant role in History’s popular non-fiction show, she has always had a career independent of the television world. Danielle is a talented and popular burlesque dancer and has often shared how she relates the most to her alter ego, Dannie Diesel. Seeing her vibrant personality, her father’s friend gave Danielle the name when she was hardly four years old, and she has kept it with her ever since.

After being an audience to a burlesque performance starring comedian Margaret Cho and dancer Satan’s Angel, her passion for the art kicked in. Thus, she moved back to the Quad Cities area of Iowa along with her family to pursue it full-time. Danielle went on to form a troupe with eight other gorgeous women, Burlesque Le Moustache, to tour and celebrate their curves while entertaining the audience. Combining her love of valuable antiques and the bold dance form celebrating the female body, Danielle is always on a hunt for vintage stage and striptease costumes.

With her years-long experience, she has amassed an impressive collection, including the one from Lillie Langtry of the 1890s, a banana skirt believed to have been owned by Josephine Baker, etc. She is also an entrepreneur and owns a successful boutique for all things antique – 4 Miles 2 Memphis. To top it all up, Danielle is a staunch rescuer of animals in Puerto Rico and collaborates with a noble organization, Barks of Hope.

By 2004, Danielle Colby was married to Englishman Robert Strong and had two children with him. This was before she had garnered much fame or success in her career. Sadly, once she did, Danielle’s “kind” husband, who is also a great father, could not handle her celebrity status. Unfortunately, the “fame and notoriety” led to her first divorce from her partner, but she accepted this as part and parcel of an illustrious career as a television personality.

Danielle then moved on to dating Alexandre De Meyer, a French designer. It is believed that the two crossed paths in 2011 while he was hired to design the brand logo for her antique shop, and they started dating from that point on. She brushed the details of her marriage under the carpet though began to address him as her husband by 2013. With the same secrecy, the former couple parted ways for good. The mother of two, a daughter, Memphis (January 2000), and son, Miles (September 2, 1996), Danielle feels the void owing to the absence of her son Miles but takes pride in his resilience.

After two failed marriages, Danielle Colby did not lose hope and now seems to have found her happy place in Jeremy Scheuch. He is a semi-retired graphic artist, portraying his skills by drawings of “zombie baseball players and unicorns vomiting rainbows” and often holding exhibitions in Chicago and Kansas City. Danielle and Jeremy had been in an emotionally stable relationship for nearly 6 years before she proposed to her “king” on December 3, 2020, the same day they were shooting her birthday burlesque show.

Their relationship seems to be built on sincere love and support, as is evident from Jeremy’s frequent profession of his feelings for his beau. Danielle whole-heartedly reciprocates his affection in her own quirky way and relishes the stability and peace she feels by his side.