Is American Pickers Real or Staged?

‘American Pickers’ is one of the most viewed shows on the History Channel. The reality series follows Mike Wolfe and Frank Fritz, antique collectible pickers who travel around the US to purchase or ‘pick’ different items for resale, their clients, or their personal collections. Danielle Colby runs the office of Wolfe’s business. Mike and Frank go to people’s homes, barns, sheds, and outbuildings, among other places. They see the antiques and collectibles from these amateur collectors and hoarders. Like looking for a needle in a haystack, the duo tries to see if there is anything valuable worth acquiring. However, how much of this process really takes place?

Is American Pickers Real or Fake? 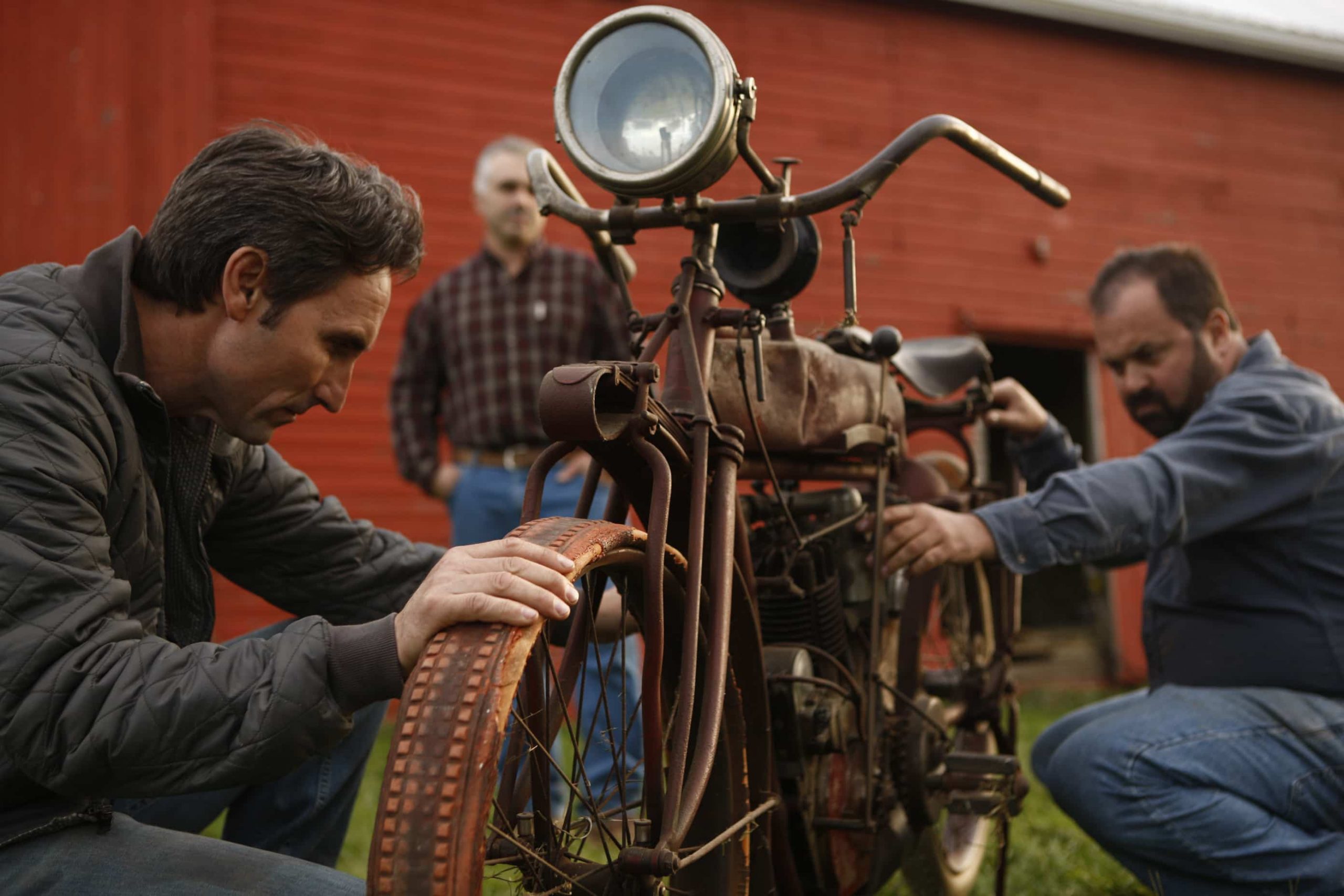 Haggling is a large part of the series, and a lot of drama and entertainment comes from watching Mike and Frank discuss the price of the items. However, viewers might be surprised to know that a lot of on-camera haggling is just for the show. It is the producers who do the real haggling and set the price even before the duo arrives to meet with the collectors. A little wiggle room is provided for Frank and Mike to reach an agreement with the sellers. Similarly, it is the producers who pick the items which are to be purchased. ‘American Pickers’ shows us that Frank and Mike are the ones who select the items, or at least, the items are selected by one of the crew members.

In reality, the items are pre-decided by the producers who also agree upon the prices as well. Frank is not even as committed to picking as Mike. While the latter eats sleeps and breathes antiques, Frank is a collector more concerned about the money than the journey. Reports state that some parts of the show are directly staged. For example, Mike and Frank don’t always get to the filming locations in their iconic van. Sometimes B-roll footage is used to set up the story. Although the banter is not scripted it is not quite natural either. Some of the big-ticket items that the duo finds are also planted beforehand by the producers.

However, in an interview, Mike has stated that the producers only let the collectors know beforehand that the duo is headed to their location. The ‘American Pickers’ host went on to say that often fans call them asking them to rummage through the antiques. Danielle has also assured fans that the business is real, and not just for television. In fact, their livelihoods depend on it.

Despite assurances, most fans have realized that a lot of ‘American Pickers’ is fake because scenes are staged and items planted. However, does any of it really matter? After all, the show is about antiques and there are no compromises there. For example, the Aerosmith van we see in Season 19 is authentic. Ray Tabano, one of the founding members of the band, confirmed that the 1964 International Harvester Metro van is authentic and the band toured in it in the 1970s, during the early days of struggle.

Therefore, if you are an antique enthusiast, who doesn’t mind the slight embellishments and interferences that are part and parcel of reality television, then ‘American Pickers’ is the show for you.