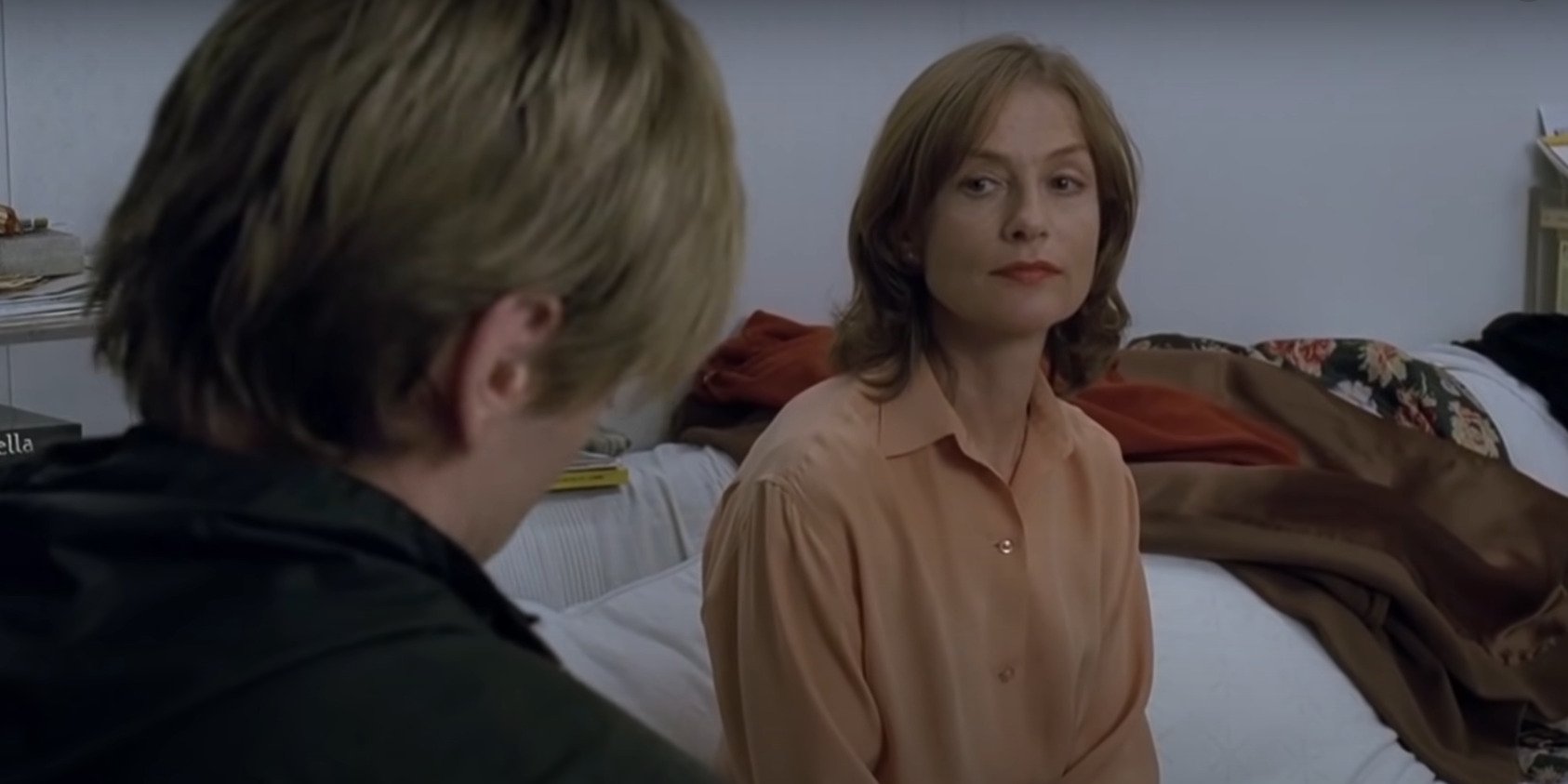 Romance is often linked with comedy or drama. But nothing can be more exciting and intoxicating than romance at its darkest and most morbid. Love can be a wildly fascinating theme to explore, but very few films have peeled off the darkest layers of this tender most human emotion. It might be our voyeuristic pleasure as cinephiles but to watch something dark and disturbing that isn’t, in reality, happening to us is a peculiar nature ingrained in human beings. So with all that said now, let’s take a look at the list of top love movies ever that have darkness at their core. 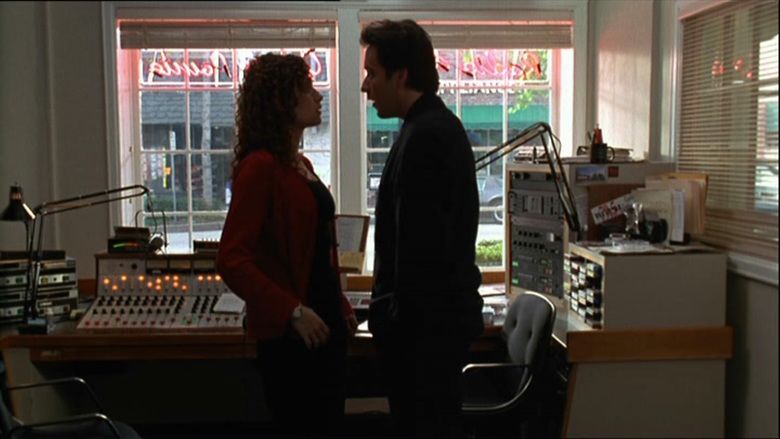 This classic 80s themed comedy crime drama focuses on a professional assassin, Martin Blank, who finds himself growing increasingly tired of his work. Martin soon receives an invitation for a high school reunion but doesn’t seem interested in the same. However, his therapist and secretary convince him to attend the reunion and plan on coinciding his new assignment with the function. He happens to meet his high school sweetheart, Debi, with whom he tries to reconcile, but things take a wild turn as Martin realizes that someone is out to kill him. The plot unfolds with wild twists and turns, and Martin opens up to Debi about his past and how he ended up being the man he is today. It’s an absolute fun ride with a delectable mix of violence, comedy, and romance. 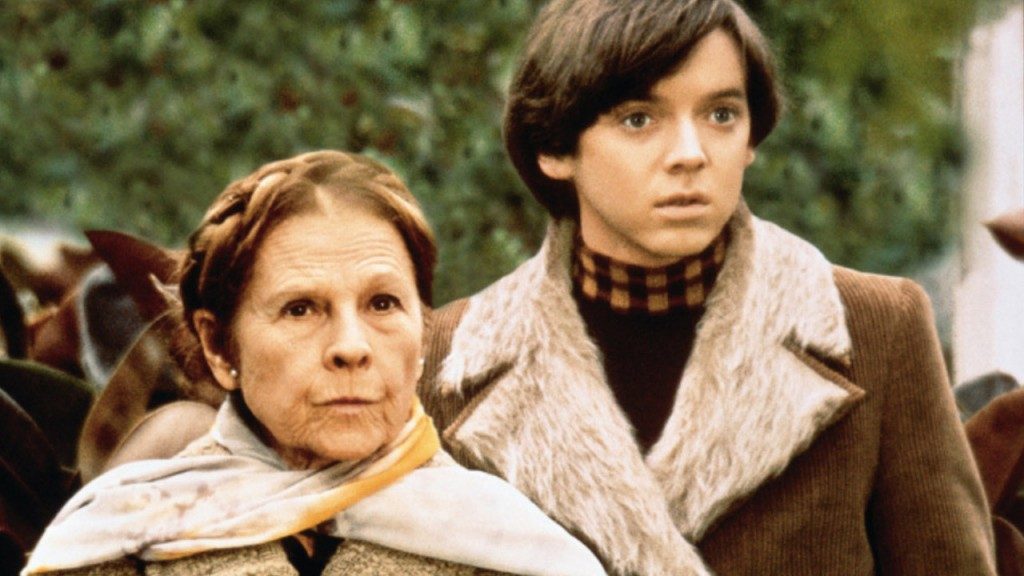 Maybe a surprising pick because apparently there’s nothing dark about this film, although a romance between a 20-year-old and a woman in her 80s may seem quite strange and unusual. But it’s the dark, awkward tone that is present throughout the film that seals its spot on the list. Harold is an emotionally disturbed, lonely man obsessed with death and frequently attends funerals. He meets an 80-year-old woman at one of the funerals, and the two begin a strange, awkward relationship that takes the form of a romance. Their contrasting views on life and death form much of the film’s thematic aspects. It manages to blend elements of comedy, romance, and existentialism. 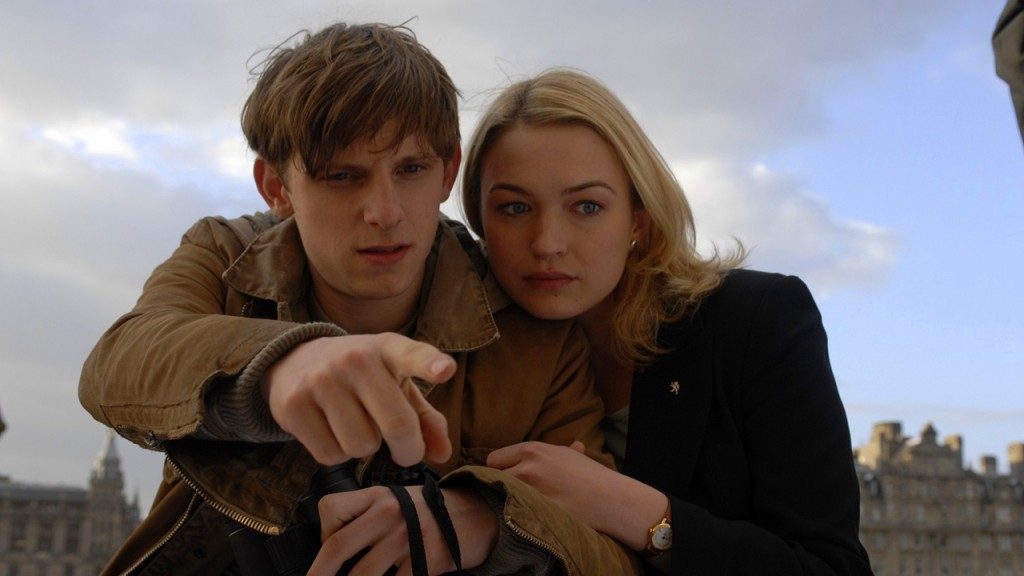 ‘Hallam Foe’ centers around a teenage boy who is obsessed with his mother and believes that her stepmother is responsible for her death. He runs away to Edinburgh and meets a woman who gives him a job. She reminds him of his mother, and the two develop a strange, emotionally complex relationship with dark, mysterious tones. Hallam is desperate for motherly love and affection and falls into Kate’s arms despite initially being hesitant as he tries to make up for the emotional vacuüm created by his mother’s death. 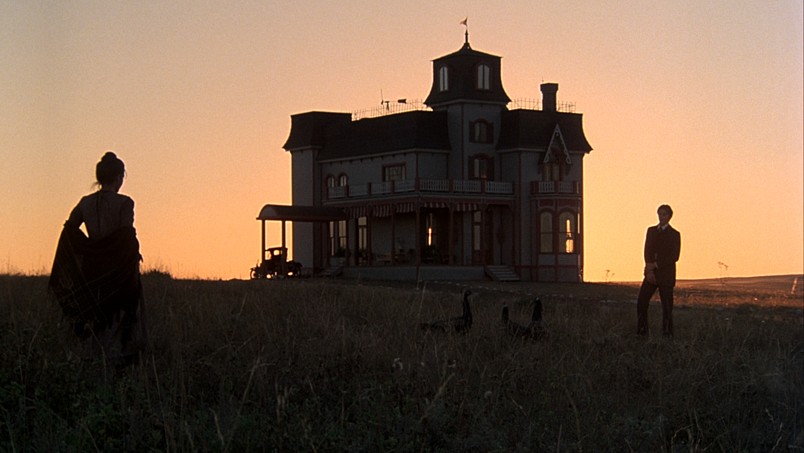 ‘Days of Heaven’ is on the list purely because of the kind of feeling it evokes in you, dark, mysterious, and enigmatic and certainly not because of a well-toned plot or a storyline because clearly, that seems to be Malick’s intentions here. ‘Days of Heaven’ was Malick’s second feature after ‘Badlands,’ and it continues his exploration of dark, tragic romance set in the serene lands of Americana. There’s a hauntingly surreal and poetic beauty that makes the film such an emotionally enriching experience. The genius of Malick turns a romance so brutal and tragic into something so seductively gorgeous and intriguing. 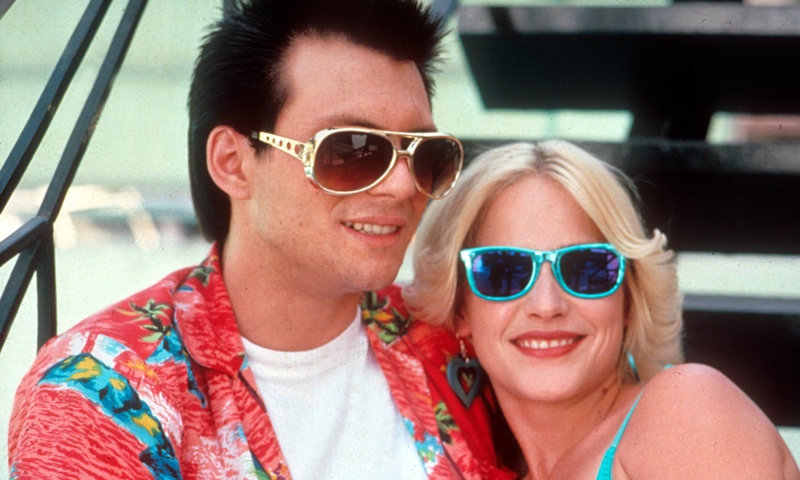 ‘True Romance’ tells the story of a nerdy Elvis Presley fanatic who meets a call girl and falls in love with her. The two set out on a journey for California, trying to sell cocaine stolen from the pimp in California. Written by Quentin Tarantino, the film seamlessly fuses elements of crime drama, black comedy, and romance and is translated on-screen by Tony Scott with raw energy and passion. The characters have a refreshing feel and quality, and they are unapologetically themselves. The romance here is exciting, adrenaline-pumping, and darkly funny in its tone. 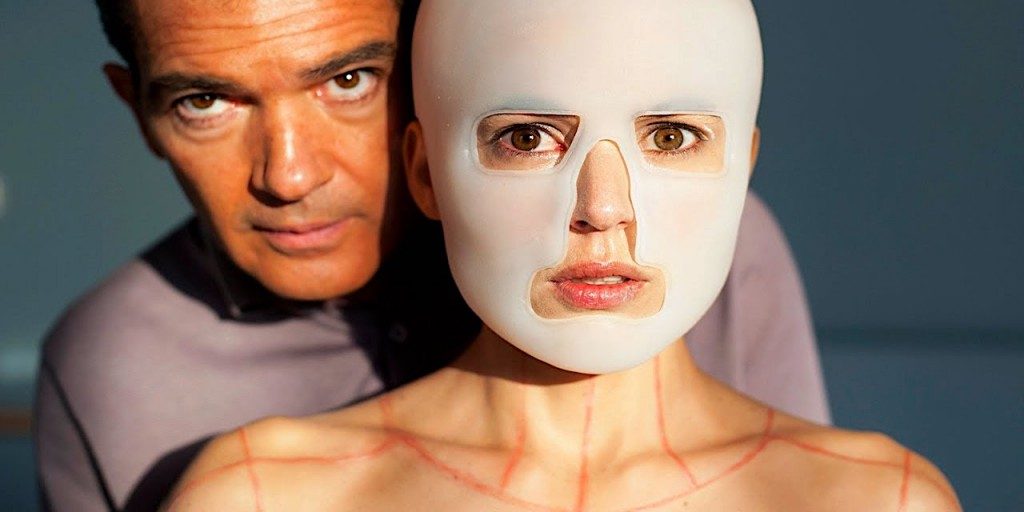 ‘The Skin I Live in’ was, in some ways, a different venture for Pedro Almodovar in that he explores themes darker than the ones in his previous films. It tells the story of a plastic surgeon who, after years of hard work, has managed to create a type of skin that protects the body from burns. He tests this experiment on a woman named Vera, who resembles his dead wife. Robert and Vera develop a strange relationship that turns into something very dark when we are revealed about the characters, their past, and the reason for their actions. It’s stunning what Almodovar manages to achieve here as he exquisitely blends elements of romance, horror, and suspense to craft a fascinating story about identity, pain, and romance.

‘The Reader’ tells the story of a teenager who meets a 36-year-old woman and develops a complex emotional and sexual relationship with her that would have a lasting impact on his life. Hanna Schmitz is quite a bit of an enigma. She remains emotionally distant from Michael and asks him to read her books after every time they make love. Driven by sexual desires and emotional needs, their relationship grows increasingly closer, but echoes from Hanna’s past come to haunt her back as it wrecks their relationship forever. It’s a beautifully dark, tragic tale of romance portrayed with astonishing humanity and restrained emotional complexity. 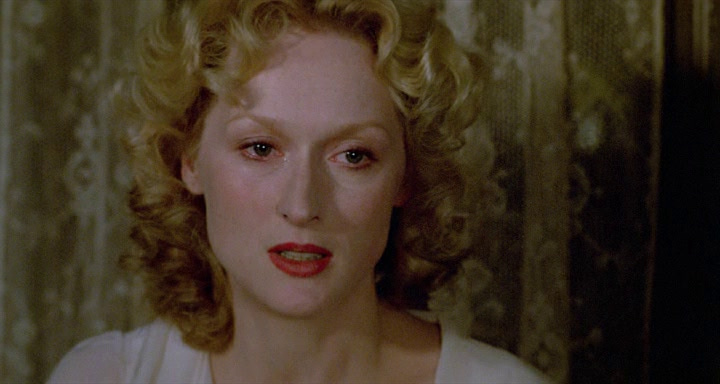 It might seem like a strange choice, but romance is a theme that runs underneath the tragedy in ‘Sophie’s Choice.’ Sophie is involved in a complex relationship with Nathan, a mentally troubled man who often gets very violent. A young writer named Stingo moves to their apartment in Brooklyn, and the three become friends. Stingo learns more about Sophie and her past as he begins to develop feelings for her. Demons from Sophie’s past haunt her forever as it wrecks her life, relationships, and desires. The romance here is dark, painful, and profoundly tragic.

Described by David Lynch as “a picture about finding love in hell,” ‘Wild at Heart’ is one of the funniest and darkest romantic movies of all time. It follows a young couple who run away from the woman’s mother and the people she hires to kill the man. Darkness here exists in the world the couple is thrown in. Like Lynch says, it’s hell, it’s bizarre and strange, and the depths of their true feelings are questioned as they reveal more about themselves through happenings that unfold in the journey. The film might seem a bit too conventional for Lynch’s standards, but nevertheless, it’s a dark, humorous portrait of romance in an unapologetic world.

‘Revolutionary Road’ is simply one of the most harrowing and depressing romantic films I’ve ever seen. Love has rarely felt so human, genuine, painful, disturbing, all at once. It tells the story of an ordinary couple who seem to live a happy life with their children in the suburbs of Connecticut. However, marriage exposes its dark sides, and realities begin to consume them as each of them gets caught up in their own world. It’s an extremely painful experience, watching these two people tear themselves apart emotionally and wrecking their own lives. The film is a deeply disturbing and unflinching portrait of marriage that doesn’t shy away from the ugliest of realities. 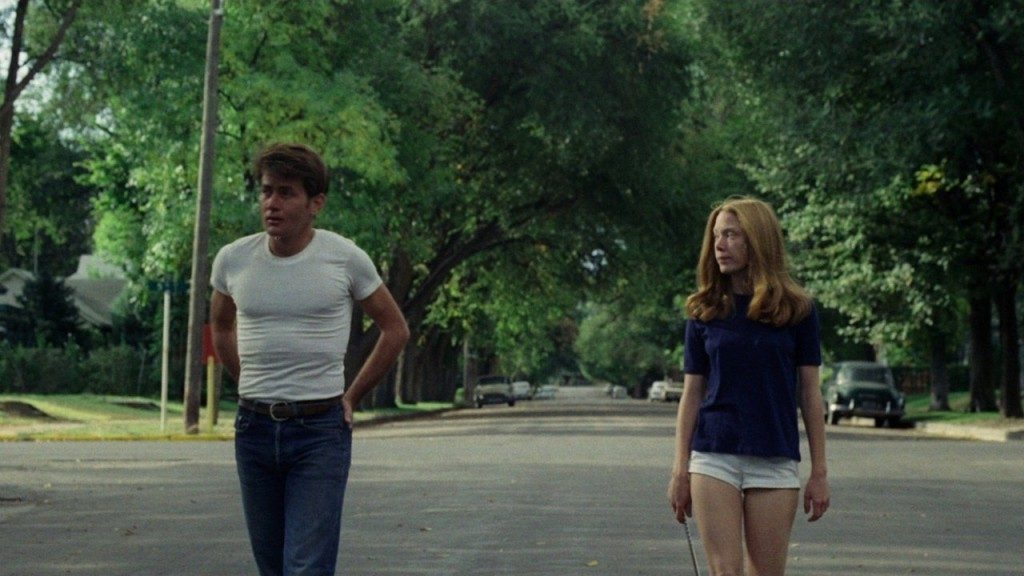 Terrence Malick’s stunning debut is a dark, poetic tale of romance, isolation, and violence. The film focuses on a couple who run away after murdering the girl’s father. Bounty hunters begin chasing them as the couple goes on a killing spree as they try to reach the Badlands of Montana. Holly and Kit are passionately in love with each other. Holly is 15 years old and looking for a father figure, someone who she could hold on to, and she sees that in the 25-year-old Kit. Malick portrays their relationship in a manner that is very disturbing. Both remain cold to violence as they murder people around and are obsessed with each other. It’s an utterly dark and frightening portrait of romance that seduces you with its emotional rawness and poetic brutality. 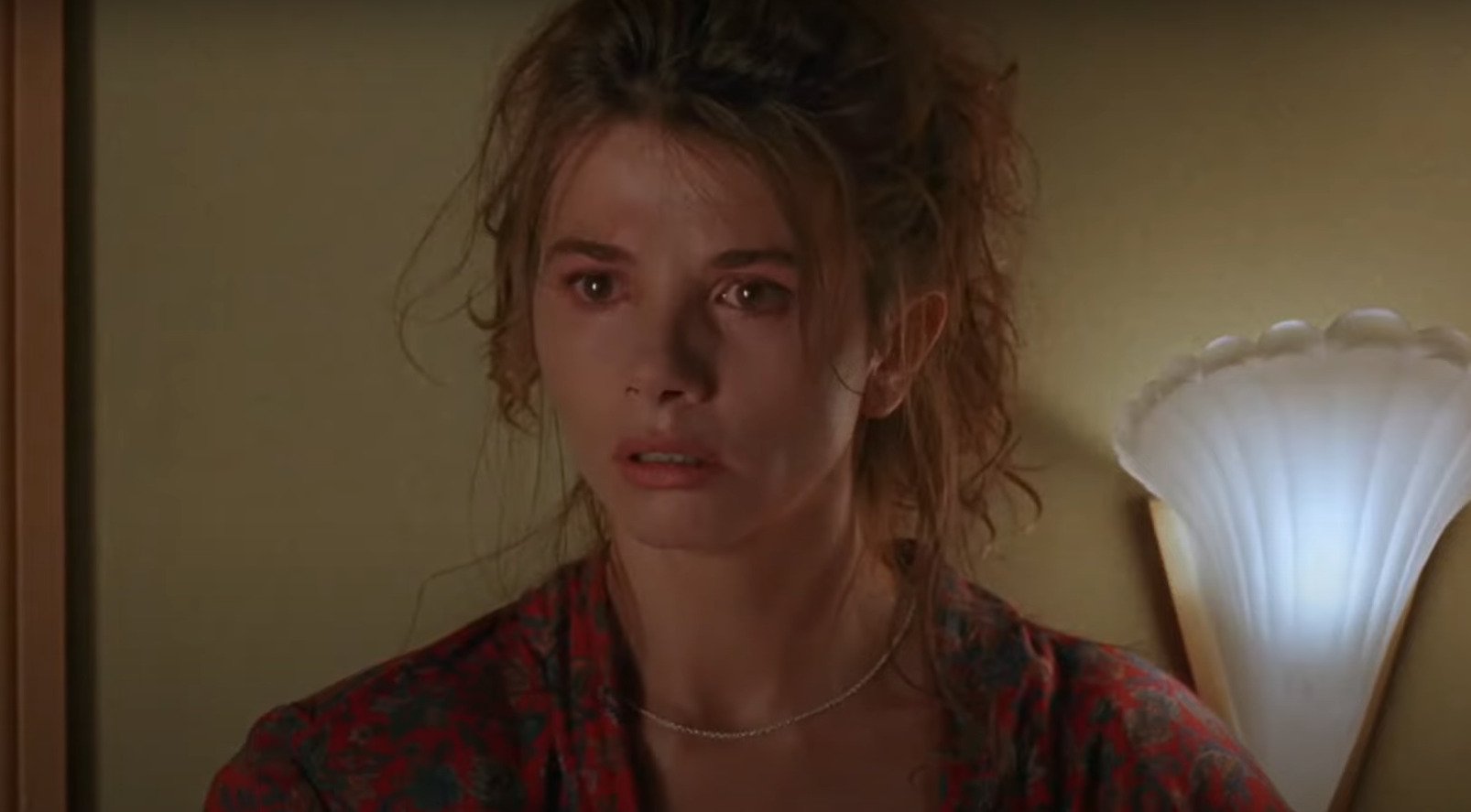 ‘Tie Me Up! Tie Me Down!’ isn’t one of Pedro Almodovar’s greatest works but is still as exciting and thrilling as he has always been. The film tells the story of a psychiatric patient who is recently released from a mental institution and is determined to win the love of a woman he once slept with. She doesn’t remember him, but he is adamant and is desperate to win her love, even if it means going to the extent of hurting her. He sneaks inside her house and ties her up. In a bizarre twist and turn of events, things change dramatically, and the woman begins to feel for his pain genuinely. The film generated a significant amount of controversy due to its visually explicit style and provocative approach. 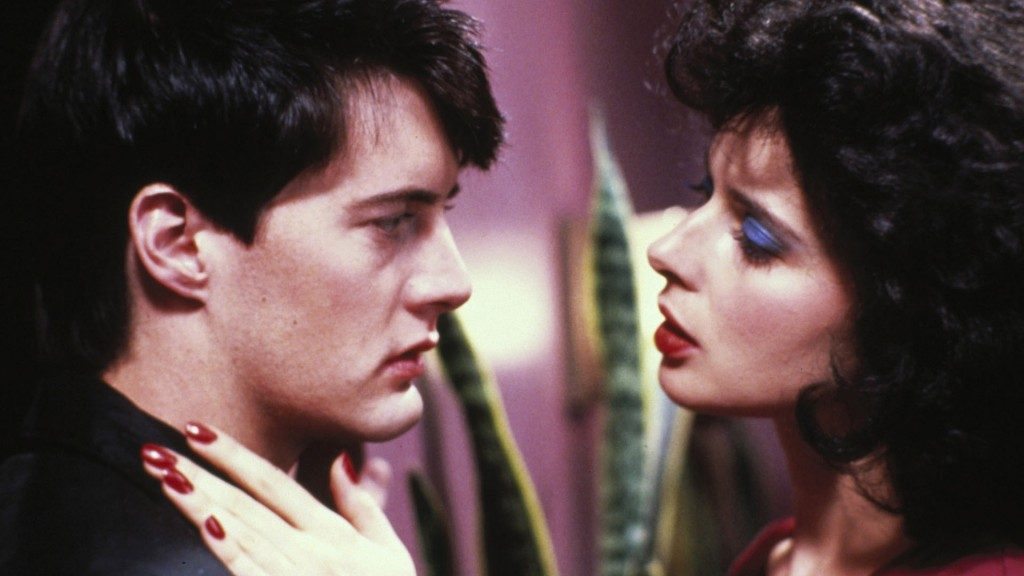 Technically, ‘Blue Velvet’ might be a mystery film, but romance happens to be one of the many themes the film deals with. ‘Blue Velvet’ follows a young man who discovers a severed head near his house, and it leads him to a gorgeous nightclub singer with whom he develops a frighteningly bizarre relationship so full of passion and violence. Dorothy is a disturbed woman with masochistic fantasies that terrifies Jeffrey. Their relationship seems violent and frightening on the surface, but the raw emotional energy of it makes it feel so genuine and passionate. Things get further complicated as it is revealed that Dorothy’s son is kidnapped by a psychopathic gangster as chaos and mayhem erupt in a nerve-racking climax.

What happens when your ambitions and desires get shattered like pieces or fragments from a dream you could hardly remember? ‘Mulholland Drive’ is that dream or, perhaps, that nightmare. Over the years, my interpretation of the film has changed so radically to the point I’d now almost call it a love story. A dark, tragic love story that encompasses every aspect of human desires and ambitions. It’s disturbing not in its imagery but in its sadness, pure naked sadness. The sheer humanity of the film is something that floors viewers every time, and Lynch’s hypnotic powers seduce you into his world of lust, obsessions, desires, love, and nightmares that turn out to be a gateway into your own self. I could probably go on forever, but we have another movie on the list.

It’s a sin to expect romance to be all that simple, heartwarming, and comforting when you know that Michael Haneke is the man behind it. But in all honesty, ‘The Piano Teacher’ might just be his most heart-wrenching film. It might seem strange I used that word, but here, watching the film was more of an emotionally painful and sad experience for me than a disturbing one. Haneke once said in an interview that violence comes out of fear. And this is absolutely true in the case of Erika Kohut. She is scared of herself. She is scared of falling love. She is scared that people would hate her and throw her back to the shell of a world she’s been in all through her life. She loves Walter but is scared of herself and the fact that when he gets to know her, he might hate her. This shatters Erika. It’s incredibly painful, tragic, and haunting.