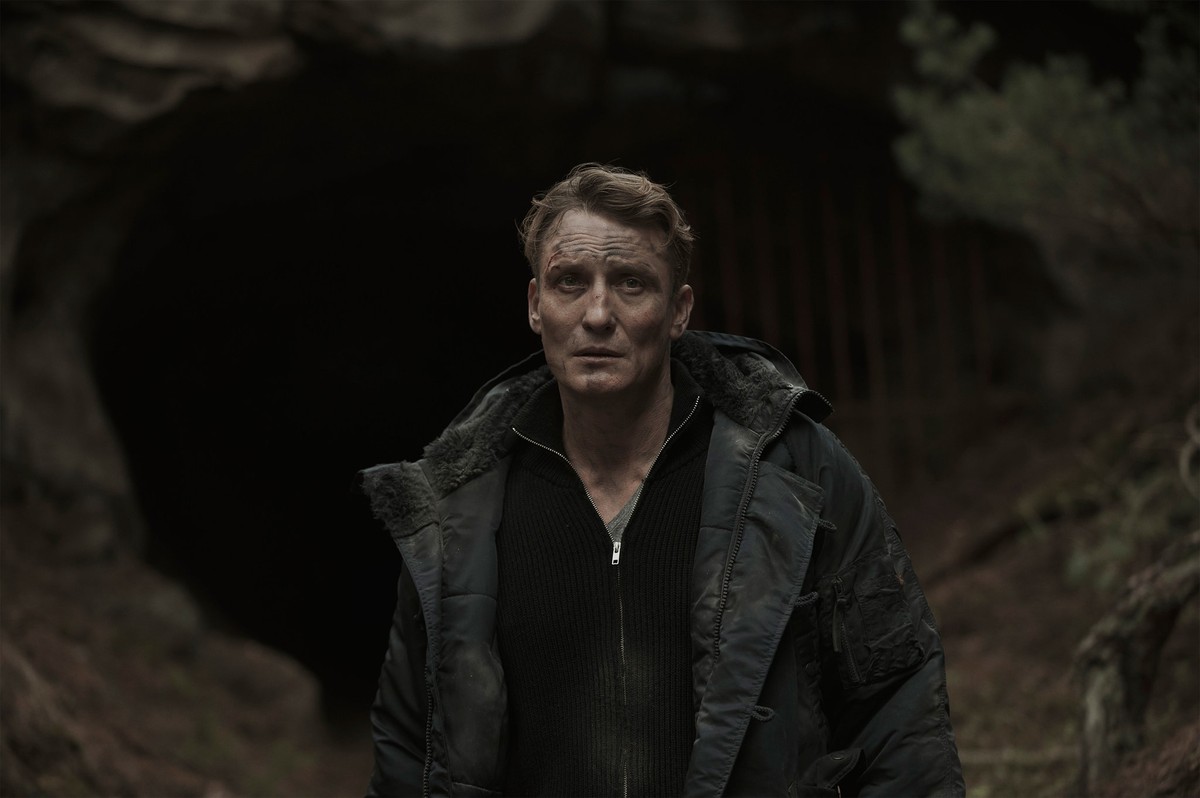 One of the running plots of ‘Dark’ has been the idea of the sides of the light and the dark. At first, it is Adam and Claudia, but with new angles introduced in the story, it takes the shape of a triquetra. While the sides are clearly defined, the loyalties of the characters aren’t. The second season digs deeper into this context and features some betrayals that shape the story differently. If you haven’t caught up with the entire series yet, head over to Netflix. SPOILERS AHEAD

Noah sends young Helge back to his time in 1984, who has been changed by his experience. Egon tries to interrogate him but the boy refuses to speak to anyone. He only breaks his silence when Noah comes back, which makes his mother interested in the priest. Meanwhile, Doris and Agnes indulge in an affair, of which Egon becomes suspicious.

The episode also focuses on several arcs of Claudia, starting with her education in time travel and ending with her death. It turns out that Agnes is working with her, but she also betrays her by relaying a key information to Noah, to get back in good graces of Adam. Before getting killed, old Claudia pays a visit to young Egon. She apologizes to him, but he has no clue about her identity.

In the 80s timeline, Claudia meets Tannhaus and talks to him about the machine and his book. It is also revealed that years ago, old Claudia had met with young Tannhaus and told him about their meeting in the future. In the same year, Egon visits Ulrich and after making a few connections, shows him Mikkel’s picture. This agitates Ulrich and he attacks Egon.

Meanwhile, young Claudia travels to the present day and finds out about Regina’s receding health. Noah, after killing old Claudia, finds the missing pages that Adam had been looking for but lies to him about them after he discovers the location of Charlotte.

The mystery of ‘Dark’ had started with the disappearance of a boy. Before Mikkel vanished into thin air, the town of Winden had already had a missing child in Erik Obendorf. As the cops dug further into the case, they discovered that similar disappearances had also happened 33 years ago.

Later, we find out that some kids, like Erik and Mads, were abducted to become guinea pigs in an experiment while the ones like Mikkel crossed over time through the caves near the nuclear power plant. In both these cases, the reason was time travel. However, moving forward in the show, we also find adults traveling through time, all the time. So, why were they not abducted for the experiments? Why did Noah target only children?

One logical reason would be the same as any other crime on children: because they are easy prey. It is easier to kidnap a child than to attack an adult and risk confrontation. However, when we see the bunker where the children are held captive before they are pushed through time, it is decorated specifically for children. It has colorful wallpaper and there is also a TV to keep them entertained. This means that the abductor knew that they had to target children, it was not a decision they made because they had a bad experience with some grown-up. Which brings us back to the question of why children? The answer could be Helge.

After he is attacked by Ulrich, Helge finds himself in the bunker. Before he can get out of there, he witnesses a rip in the air through which he sees Jonas, and after they try to make contact, Helge ends up taking Jonas’s place. This is where Noah finds him and uses the machine to send him back to his time. Because the experiment succeeds, it convinces Noah that children must be better suited for this purpose. As to who would have suggested he go with children rather than adults, the answer is Adam.

Of the many complexities of time travel, the Bootstrap Paradox appears to be a recurring theme in ‘Dark’. Tannhaus explains it to Claudia as a question of the chicken and egg; no one knows which came first. With things traveling through time, past and future don’t have the same meaning anymore. Anyone from the future can go back to the past and mold it according to their knowledge of it, which, in turn, must have come somewhere from the past. In this way, there is no way of knowing whether the thing originated in the past or the future.

The similar thing goes for the time machine used by Claudia and the others. Everyone credits Tannhaus with creating it, but he couldn’t have made it had he not received help from time-travelers. In the same vein, he is credited with writing A Journey Through Time, but he couldn’t have written it had Claudia not left a copy of it for him. Thus, neither the time machine nor the book is Tannhaus’s creation or anyone else’s for that matter. The same logic can also be applied to the decision of using children for the time travel experiment. Adam knew about Mads and Erik getting abducted and ending up in different timelines, which would have led him to believe that they were better suited for the experiment, which eventually led to the abduction of Mads and Erik.

Read More: Who Is HG Tannhaus? Is A Journey Through Time A Real Book?