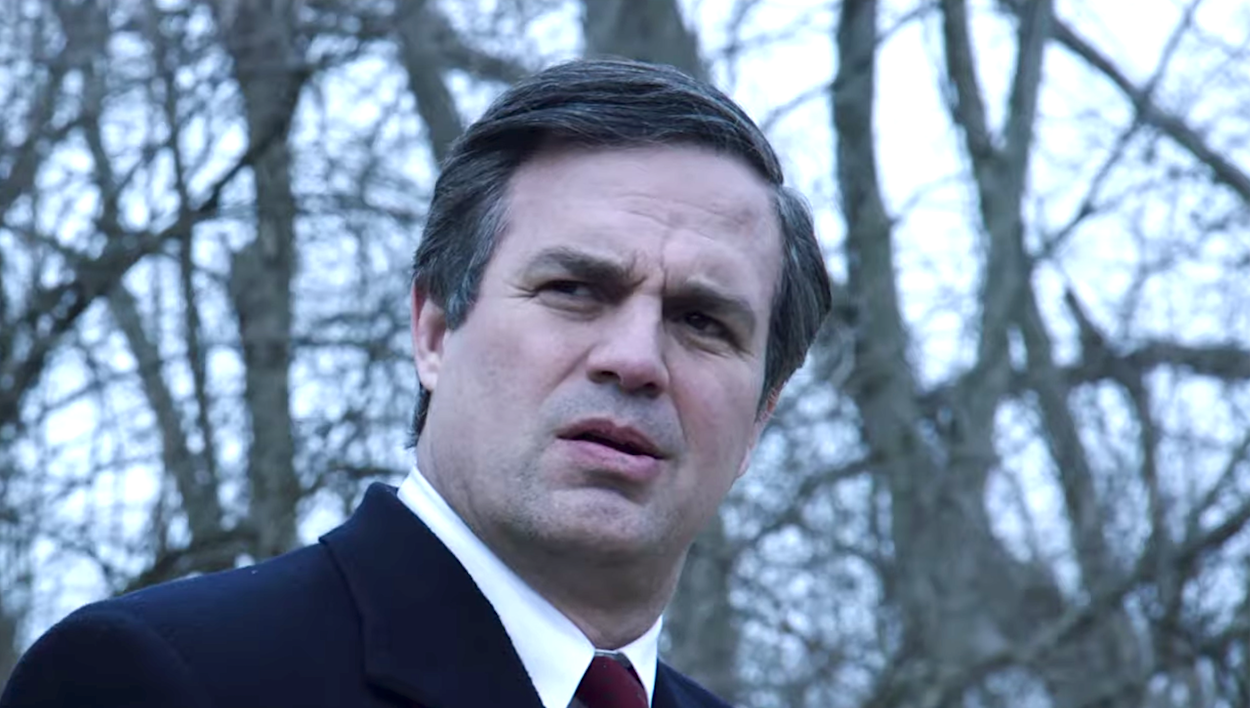 ‘Dark Waters’ is an upcoming American legal thriller helmed by Todd Haynes. It is cut from the same cloth as movies like ‘Erin Brockovich‘ and ‘A Civil Action’. ‘Dark Waters’ is slated to release on November 22, 2019, and has Mark Ruffalo playing the role of a tenacious attorney, who takes the fight to a big chemical company. It is based on a shocking true story, where a series of unexpected deaths and sicknesses are tied to this large corporation, which seems to be engaged in shady activities. One brave lawyer fights for the truth, but in the process, he ends up risking his job, family, and his own life even, in order to help the defenseless people against a company exploiting and poisoning them.

The movie’s promises to be a tight investigative drama along the lines of ‘Spotlight‘. However, before you catch the movie, you should acquaint yourself with the true story that lies at the heart of ‘Dark Waters’, and we are sure that it will shake you to your core. Here is what happened.

‘Dark Waters’ is based on the real-life legal battle fought between Robert Bilott and the DuPont chemical company. Bilott, an environmental lawyer, who specialized in representing corporate clients, received a call from Wilbur Tennant, a farmer in Parkersburg, West Virginia. The farmer complained that his cows were dying and he believed DuPont was responsible. However, the big company seemed to run everything in town, and Tennant could not find any legal recourse, nor could he approach politicians, journalists, doctors or vets for help. Bilott would have turned him down too if Tennant had not blurted out the name of Bilott’s grandmother, Alma Holland White. Bilott had many a happy childhood memory at his grandmother’s, who lived in Vienna, a northern suburb of Parkersburg. He spent a lot of time on a farm there as well, thus establishing a connection with these people that he still felt.

Bilott took a meeting with Tennant and his wife. He was told the story of the Tennant farm, some of whose land was sold to DuPont by Wilbur’s brother, Jim, and Jim’s wife, Della. DuPont called this land the Dry Run Landfill, after the creek that ran through it. The same creek went to the pasture where the Tennants grazed their cows.

Problems started soon after, and the Tennants showed Bilott a tape that has been described as being close to a horror movie. The insides of a dissected cow made it clear that something was wrong, even as the tape showed green discharge with bubbles on the surface being dumped into the creek. Bilott immediately took the case, realizing something bad was going on, and he had the chance to use his skills for someone who needed it. It was the right thing to do.

In 1999, Bilott filed a federal suit against the DuPont chemical company. Their in-house lawyer, Bernard Reilly, resorted to a study of the property conducted by DuPont and the E.P.A. (the United States Environmental Protection Agency). The study found the Tennants guilty of poor animal husbandry, which basically meant that they were to be blamed for the dying cattle. The move against DuPont cost the Tennants socially since people stopped talking to them, even forcing them to change churches four times. Both the Tennants and Bilott were getting frustrated as the trial loomed but nothing concrete came up.

This is when Bilott came across a substance mentioned in the letter to the E.P.A. regarding the landfill. It was cryptically called ‘PFOA’. Bilott had never heard of it in the past and began to dig around. PFOA is actually perfluorooctanoic acid. It was referred to as PFOS by 3M, the technology conglomerate, from which DuPont bought the substance. Naturally, the lawyer asked for all documents regarding the substance but was refused. In 2000, when he filed a court order, his request was granted and he received over 110,000 pages of information. Bilott spent months assimilating the information, but what he understood, read like a horror story.

DuPont began purchasing PFOA in 1951. The chemical was used to keep coatings like Teflon from clumping during production. There were specific instructions on how to dispose of it and DuPont’s own regulations stated that it should not be dumped in the waters. However, the company went ahead and pumped hundreds of thousands of PFOA powder into the Ohio River. The unregulated and unsafe dumping procedures resulted in PFOA entering the local water table and affecting nearly 100,000 people in areas including Parkersburg, Vienna, Little Hocking, and Lubeck.

Over time, DuPont realized the adverse effects of PFOA, while also realizing the alarming rate at which it had already entered the lifestyle of the people, mostly through the water sources. However, they sat on this information, not making any of it public. The final nail in the coffin was company documents that showed how they purchased the Tennant land by the late 1980s, where they had dumped 7,100 tons of PFOA sludge by 1990. DuPont concealed the harmful effects of the chemicals from the family despite discovering extremely high amounts of PFOA in the Dry Run Creek. DuPont went for an out of court settlement with the Tennant family.

However, Bilott was not satisfied. He drafted a public brief against DuPont, which his colleagues titled ‘Rob’s Famous Letter’. The brief outlined how the chemicals released by DuPont might pose a risk to health and the environment. Bilott sent it to the director of every relevant regulatory authority, including Christie Whitman, the administrator of the E.P.A., and the United States attorney general, John Ashcroft in 2001. DuPont tried to get a gag order against the brief, which a federal court turned down. This resulted in the E.P.A. and DuPont settling in 2005 for $16.5 million. Though it was a major win for the E.P.A., it amounted to less than 2% of DuPont’s profits that year.

Bilott was nowhere close to being done with DuPont yet. He filed a class action against DuPont, on behalf of  70,000 people in Parkersburg, whose drinking water had been contaminated by PFOA. Reilly, DuPont’s lawyer, hinted that Bilott’s firm would be better off not being on the prosecuting side of a class action since they represent corporate interests. However, the firm stood by their man, though the expenses did put a strain on Bilott’s relationship with the other members of his law firm.

Ultimately, DuPont ended up paying $70 million for the class-action and agreed to fund scientific research to prove possible links between PFOA and health issues. The study took seven years, but finally, a link was found between PFOA and different illnesses, like kidney and testicular cancer, thyroid disease, high cholesterol, pre-eclampsia, and ulcerative colitis. Several personal injury lawsuits followed, causing DuPont to pay a total of $671.7 million.

The war which lasted 20 years, might have resulted in profitable windfalls for the good guys but was primarily motivated by morals and ethics, not to mention, a genuine effort to make the world a better place. ‘Dark Waters’ should be an equally inspiring tale when it is released.

‘Dark Waters’ is based on a true story that shook America to its core and brought an enormous company to its knees. The characters appearing in the movie are also based on real-life counterparts. First off, we have Robert Bilott, played by Mark Ruffalo. Robert was about to make partner at his Cincinnati firm Taft Stettinius & Hollister when he caught the DuPont case. Unlike most of his colleagues, Robert did not go to Ivy League colleges. Since his father was a lieutenant colonel in the Air Force, he spent his childhood shifting schools, finally graduating from Fairborn High. He went to a tiny liberal arts college in Sarasota called the New College of Florida, where he learned the value of critical thinking. Following his father’s encouragement, Robert took up law at Ohio State, taking a liking to environmental law immediately. Bilott felt he could make an impact, and the DuPont case will go down in history as one of the finest examples of protecting the environment.

This brings us to Bilott’s wife, Sarah. The character is played by Anne Hathaway. Sarah Barlage was a lawyer at a downtown Cincinnati firm, defending companies against worker compensation claims. Sarah was introduced to Robert by one of his colleagues, who observed that the latter had very little social life. Sarah described Robert as being different from other guys. While she was chatty, he was reserved. They complemented each other, getting married in 1996. When their first child was born, Robert was secure enough in his job for Sarah to quit hers, and be a full-time mother.

Robert’s boss, and a partner at Taft, when he took on the DuPont case was Thomas Terp. In fact, Terp sat in on the first meeting Robert took with Tennant. The character is played by Tim Robbins in the movie.

Bill Camp appears in the role of Wilbur Tennant, the farmer who first brought the case to Bilott’s notice.

Victor Garber is going to appear as a heartless DuPont employee, who is more concerned about profit as the bottom line, rather than concern for others. Though we don’t know if he is specifically modeled on anyone from the company, it stands to reason that there were many at DuPont who decided against making the PFOA information public, because they were making a lot of money off it, each year.

Overall, not only does ‘Dark Waters’ have splendid actors, but they have been chosen for pivotal roles that are bound to bring this riveting tale together.