David Campbell From American Ninja Warrior: Everything We Know 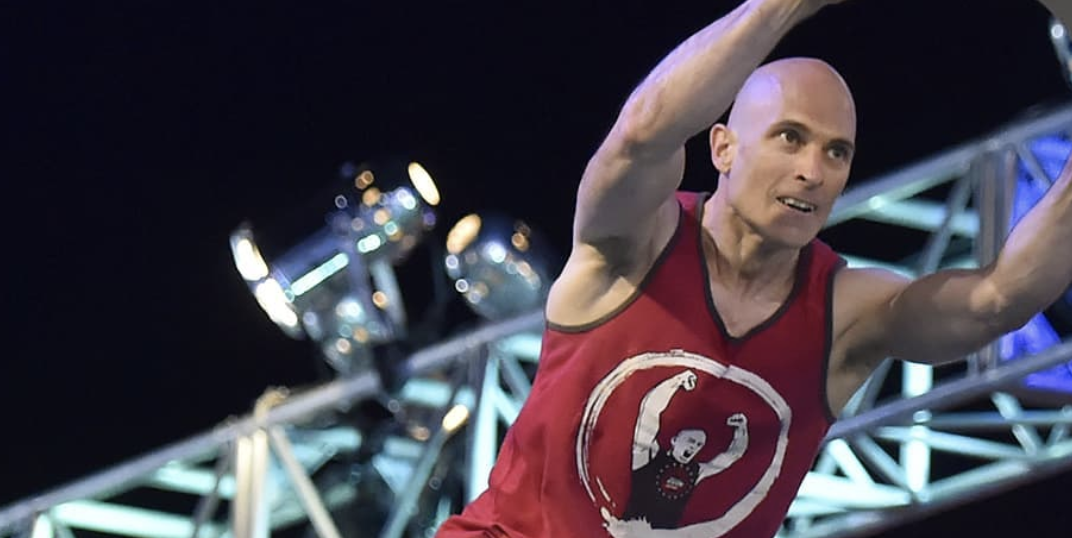 The sports entertainment competition has brought amazingly talented people in the limelight who have been passionate about achieving “total victory” on it. One of the hundred others is David Campbell. He has suffered multiple physical injuries and daily setbacks in his obdurate resolution to come out victorious. Crazy enough to build an entire obstacle course,  in his backyard, David has been honored as the fastest First Stage clear time in SASUKE. In addition to training vigorously for the show, he also works as a freelance illustrator and has a knack for creating comic book art. While gearing up for ANW’s upcoming challenge, David seems to focus less on his career as a musician and guitarist. How interesting must it be to follow the journey of such a multifaceted artist and athlete!

Born on 23 June 1977, David Campbell was raised in Scotts Valley, California. His childhood was spent playing in the nearby forest area or sketching superheroes. During his adolescent years, he developed a keen interest in Martial arts and started training in Karate, Aikido, Ninjutsu, and Jujitsu. By the time he turned 17, the future ninja warrior discovered rock climbing and took membership in the Pacific Edge climbing gym for its youth climbing program.

David put his heart and mind into and knew only weeks later that he wanted to pursue a career in it. The gym routine worked as his primary athletic training before he went all in for the famous sporting competitive series. But his discovery of the show took place after an unfortunate incident. In 2006, his California home got burned down in an accidental fire and David went to his brother’s place for the night, who happened to have a cable connection (not too common back then!) Flipping through the channels, he lit upon Ninja warrior and the passionate gymnast got inspired to try his luck at it.

David Campbell, or as he likes to address himself as “The Godfather”, started his legendary ANW journey from its 4th season that premiered on May 20, 2012. He made his debut on SASUKE 22, the Japanese version of the franchise, and performed excellently, clearing as the fourth and final “American Ninja Challenge”, the American preliminary competition.  Unfortunately, he got a time-out. He tried again in the following season but failed to attain a qualifying spot and got placed 3rd overall. His embarrassing struggle on the course in Japan and America, triggered him to build an exact replica of the entire First Stage as well as many obstacles from the Second and Third one. Naming it “Backyard Midoriyama” he has helped top competitors train on his “Salmon Ladder”, “Shin-Cliffhanger”, and “Ultimate Cliffhanger”. This has also been featured in various sports programs.

In addition to making farthest than the other American competitors on all the seasons he participated in after SASUKE 23, he also became the first-ever to make it to the sixth ledge on the “Ultimate Cliffhanger”. On his journey through the “American Ninja Warrior” in Season 4, he faced numerous problems with the Las Vegas course which led to his downfall. Making an error on the “Spinning Bridge”, in Stage One, he got eliminated but promised to come back with a hell-bent determination. In his next attempt, David managed to kill his Stage One failure streak but timed out on the Rope Ladder.

In the 11th season of ANW, he got qualified to Vegas the 9th time but his slow and steady approach cost him a time-out on “Twist &Fly”. Campbell seems to have had a taste of success by becoming the first-ever American to complete Sasuke Vietnam’s Final Stage, with a remaining time of 0.73 seconds. But because his competitor, Lê Văn Thực, did it even faster, Campbell was not announced as the winner. “The Godfather” trains harder than the last time with every comeback and learns his lessons well.