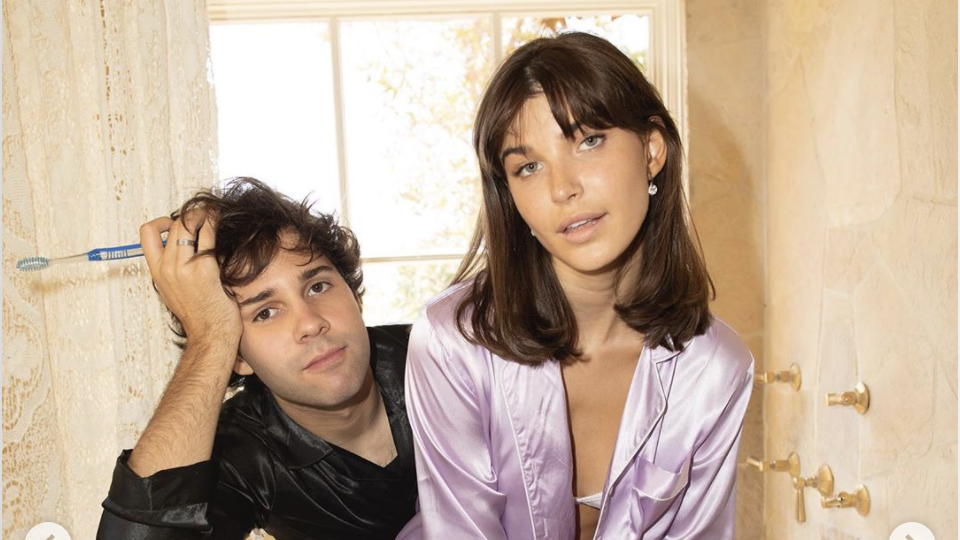 David Dobrik is a Slovak YouTube sensation who found success on the video-sharing platform ‘Vine.’ Considering the 8.07 million followers on his YouTube channel, he is no less than a social media influencer. He recently turned into an entrepreneur by launching his very own fragrance line called David’s Perfume. But that is not why he recently created a buzz among his admirers! Dobrik’s fans have not been able to keep calm after watching the cologne commercial, released on October 2, 2020.

The video features the YouTuber in an intimate frame with the Canadian model, Charlotte D’Alessio. Much like Dobrik, she also tasted success at an early age after being discovered at Coachella. Most people have been calling the ad more of a “girlfriend reveal” than the launch of his new business product. But why is there so much speculation based on an advertisement? Let us try to find out the whole truth!

Are David and Charlotte Dating?

Dobrik’s perfume commercial is not only aesthetically appealing but also shows him and Charlotte in a cozy setting. Seeing them brushing their teeth together, playing under the sheets, and blushing while wrapped up in a towel, it is natural for anyone to wonder whether the two are a couple. Judging from the comfortable equation they seem to share in the promo, it would not come as a shock if he soon reveals Charlotte to be his real-life girlfriend. But maybe it is just great acting?

The big deal about the whole issue is the sharply contrasting reactions Dobrik has received from his followers on the promotional post. Two years ago, Dobrik’s name was almost synonymous with Liza Koshy as the pair collaborated on countless projects and even lived under the same roof as partners.

Some of his videos that featured Liza have a whopping 24M views, and so the amount of love and support conferred upon them by their dedicated fanbase can be imagined. Dobrik has not dated anyone since the fellow YouTubers officially announced their split on June 5, 2018. Clearly, Dobrik’s fans feel divided after seeing their favorite celebrity happy with someone who isn’t Liza Koshy. Thus, all the conjecture!

Undoubtedly, he is no stranger to being linked with fellow artists since his break-up with, self-admittedly, the greatest love of his life. But at this point, it feels a bit far-fetched to declare him in a relationship with Charlotte solely based on a seemingly professional venture. Also, it looks like both of them are trying their best to stop everyone from jumping to this very conclusion. For instance, the model purposefully threw in the word “friends” in the caption, even though the pictures suggest otherwise.