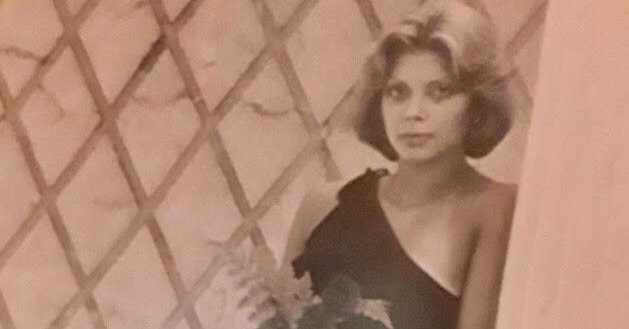 In January 1979, an 18-year-old teen named Dawn Ellen Koons was raped and murdered in Bakersfield, California. However, it would take over four decades of struggle and hope for her family to finally get the closure they deserve. Investigation Discovery’s ‘On the Case With Paula Zahn: Shadow of Suspicion’ tackles this heartbreaking case in an extensive manner, taking the viewers through the various complexities and time frames till the killer was finally brought to justice. If you are curious about the details of the case, the identity, and the current whereabouts of the perpetrator, we have got you covered. Let’s delve into the details then, shall we?

How Did Dawn Koons Die?

Born on April 27, 1960, Dawn Ellen Koons was the middle and the only daughter of the Koons family. She was remarkably beautiful and intelligent, and her elder brother, David Koons, described her as “the light of our family.” She was very devoted to her little brother, and the close-knit Koons family of Yonkers, New York, used to celebrate all holidays together. Dawn studied at St. Mark’s Lutheran School in Yonkers till eighth grade, before shifting to Lincoln High School. According to David, Dawn “was bored with education” and did not graduate. Instead, she began pursuing modeling.

In 1978, Dawn moved to Bakersfield, California, where her high school sweetheart, Steve Scherle, used to live at that time. They lived together for some time before they broke up, and Dawn moved out to an apartment on South Real Road. Steve said that Dawn wanted to make a new life in California by resuming her education and building on her ambitions. She used to work in a local restaurant, and her colleague had dropped off her at her apartment on January 12, 1979, at around 10-10:30 pm. However, when she didn’t show up for her shift or other plans the whole weekend and didn’t even pick up her calls, her colleague got suspicious.

The colleague informed the police, and on January 16, 1979, the Bakersfield police entered Dawn’s apartment to discover her naked body in the bathtub. Her head lay under the faucet, her legs spread apart, and her hands were tied using the telephone cord from her apartment. There were ligature marks on her neck and wrists, and her head was covered with a pillowcase. Her autopsy report revealed that she had been raped and her cause of death was determined to be asphyxiation.

The police initially suspected the ex-boyfriend, Steve Scherle. However, when they could not find any evidence tying him to the murder, Steve was cleared. The police then proceeded to interview Dawn’s neighbors, including Prentice Foreman, who said at that time that he did not know Dawn or had never been at her apartment though they lived in the same complex. Dawn’s colleague and Steve both mentioned to the police a “creepy” black man who had been allegedly stalking and harassing Dawn.

However, with no leads surfacing, the case turned cold and remained so for 40 years. Forensic science had not developed much around the early ’80s, and the investigators had to wait for around four decades before they finally found a match from the DNA retrieved at the crime scene. In 2010, the cold case unit of Bakersfield Police reopened the case, and DNA evidence was sent to the Kern Regional Crime Laboratory for testing.

In October 2017, the California Department of Justice stated they found a CODIS hit on the national database. It belonged to Prentice Foreman, and the investigators confirmed the finding by obtaining samples from Foreman in December 2017. A long-haul trucker, Foreman had a past criminal record of 15 convictions. He was arrested on December 20, 2017, on the charges of first-degree murder, first-degree rape, and burglary.

Where is Prentice Foreman Today?

During the trial, Prentice Foreman’s defense counsel alleged that the semen sample obtained from Dawn’s apartment was a result of a one-time consensual sexual encounter between Foreman and the victim. However, Dawn’s colleague and Steve identified Foreman as Dawn’s stalker and tormentor, and the jury did not believe Foreman’s version of events. Foreman maintained in the trial that he had consensual sex with Dawn months before she was killed.

However, the DNA evidence proved it a lie since it showed that sexual activity could not have happened that long ago. Foreman was convicted by a jury in June 2019. He was sentenced to 25 years to life in prison on July 10, 2019. He appealed against his sentencing in February 2022 but was turned down. As per official court records, he is presently incarcerated in a prison cell at Salinas Valley State Prison in California. He is eligible for parole in December 2032, as per his inmate records.