Is Daymond John From Shark Tank Married? Does He Have Children? 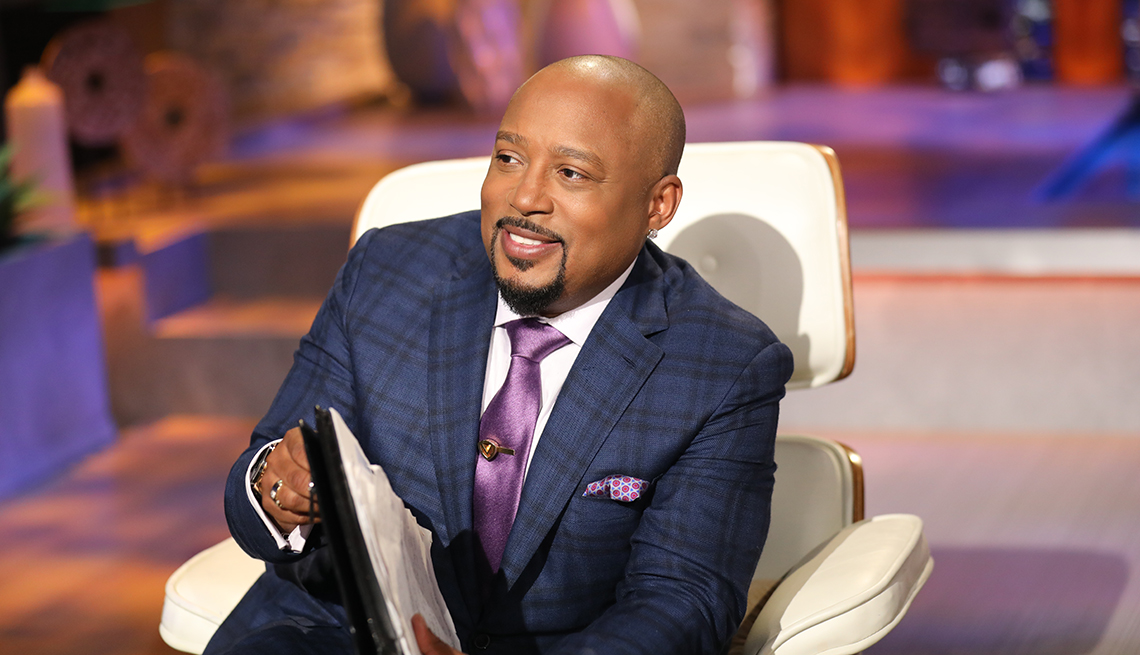 Daymond John is an American businessman, investor, motivational speaker, and television personality. He is one of the five panelists on ABC’s Primetime Emmy Award-winning show ‘Shark Tank.’ Through this platform, the philanthropist helps aspiring entrepreneurs by providing his ingenious business advice and financial aid. Steve Harvey, the famous comedian and host, approached the brand consultant to give his invaluable advice to Philadelphian entrepreneurs and twin brothers, Aaron and David Cabello.

Such is his spirit of largesse for his community and the world, in general. But all has not been hunky-dory for John as he has faced some serious lows despite making tons of money. After reading about his many accomplishments, we got intrigued to know more about his personal life, and here is everything we found out!

Beginning to work at the age of 10, Daymond Garfield John already had a full-time job in high school. He attended school on alternative weeks, and thus, the seed of resilience was sown in him early on. In 1992, the fashion industry pioneer began his clothing brand, FUBU (For Us, By Us), and turned it into a $6 billion world-class brand. At the age of 20, he began grueling at his business that he operated from his Queens home. He made hip-hop styled hats and T-shirts with the help of his mother.

In a van, used for displaying his brand’s products and sleeping in at night, Daymond traveled to various festivals with his business partners, J. Alexander Martin and Keith Perrin. The clothes became a fashion game-changer after they requested rapper LL Cool J to sport their merchandise, and fortunately, the company took off. Undoubtedly, the FUBU mogul has been graced with health, wealth, and a happy family, but only after decades of struggle.

Born dyslexic, John did not let the reading-writing incapacity to hinder his high-reaching aspirations. When he came to a point in his life where he thought he had overcome all the major roadblocks, he got diagnosed with stage II thyroid cancer in April 2017. Building an empire takes years of toil and sweat, but sometimes, after one achieves it all, there is no one to share the narrative with. Ironically, the story of his personal tragedy started shortly after he hit it big in his professional life.

While building his brand, John was already a married man and a father to two daughters, Yasmeen and Destiny. As he confesses to CNBC in an interview, his former partner “literally saw me on TV more than she saw me in person, because I was in commercials all the time and other than that I was hanging out.” Despite being filthy rich, the absentee partner paid the price for his lifestyle… the one that he could not afford! The mystery-first wife decided to pull the plug on marriage and worse so, “took her love and my two little girls away from me.”

But eventually, she pitied him enough to make a “non-negotiable” deal. She agreed to let him see his children provided he used his success to provide for the underprivileged. The New York-based business tycoon frequently stresses to his mentees the countless sacrifices that go into the process of building a brand. But luckily for him, life gave “The Peoples Shark” another shot at love, and he happily accepted it with open arms.

The ‘Shark Tank’ star found the love of his life in a fellow magnate, Heather Taras, and the two got engaged in September 2016. Their six-month-old daughter, Minka Jagger John, was also present when her daddy went down on one knee to ask for her mother’s hand in marriage. John had brushed up his romantic side to propose to his lady on the set of ABC’s hit business series in front of a live audience. Surprisingly, after this grand gesture of love, his nuptials were not publicized. At the Samsung Charity Gala in NYC in 2018, he revealed that the power-couple had already shared their wedding vows in an intimate ceremony, and only a handful of people had known about it.

The specific dates of all these major events have been brushed under the carpet. Being in the same trade, the girl of his “dreams” understands his time-demanding profession. Also, John does not shy away from accepting his mistakes and says that he has learned the art of balancing personal and professional life. He now shells out days from his immersive business commitments to spend some quality family time for “fishing, archery, and snowboarding.” It takes a brave man to accept the responsibility of a failed marriage and, better so, learn from it.

Read More: Is Kevin O’Leary From Shark Tank Married? Does He Have Children?