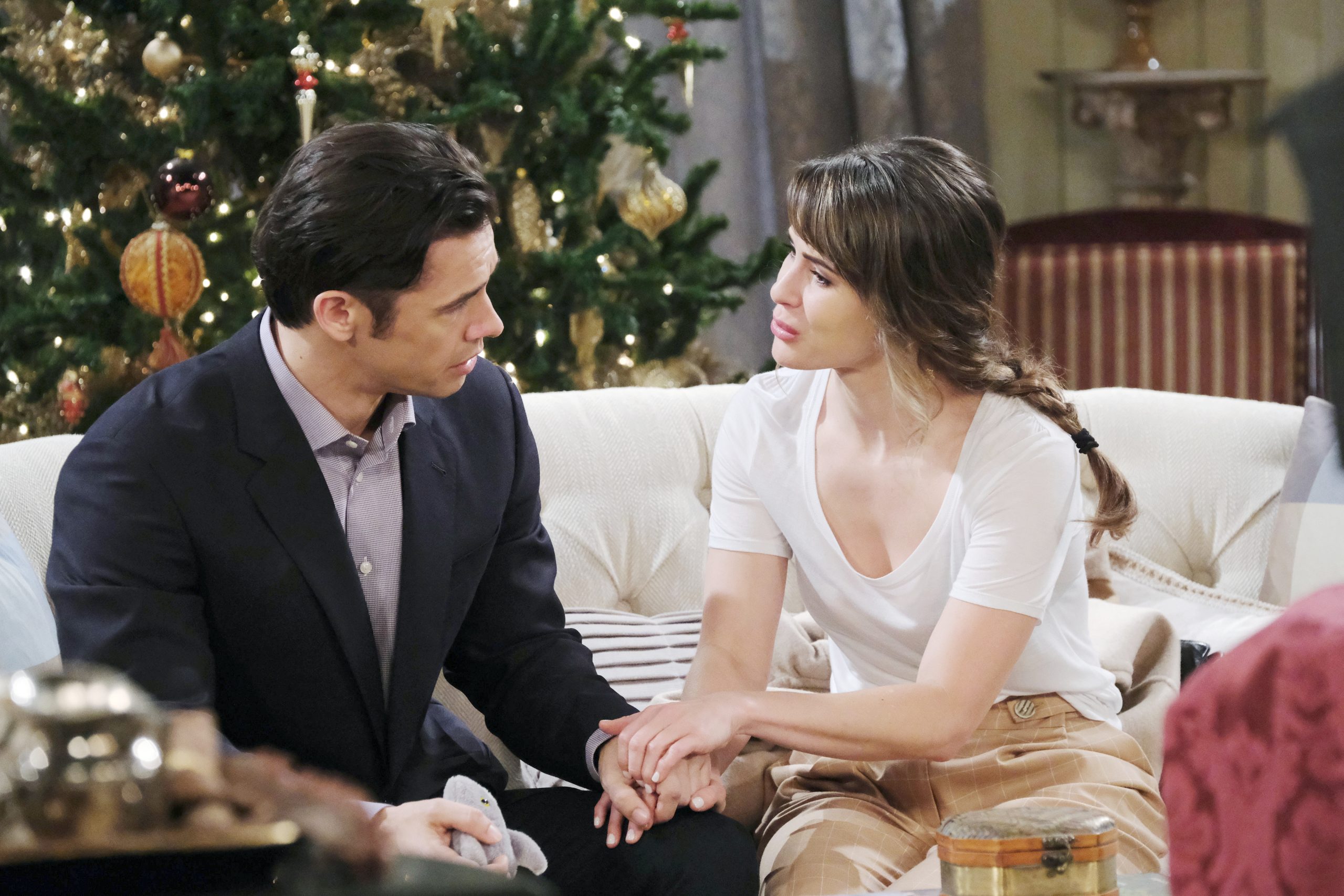 The action continues in ‘Days of Our Lives’ as fascinating events play out in Salem, Prague, and Statesville. We see Stefano is back but in Steve’s body. He makes his moves, trying to win back Marlena, by convincing her that her husband, John, is dead. Meanwhile, Gina, pretending to be Hope, convinces John in Prague that Marlena is dead.

They both make their play, but it fails because of a simple ruse. It appears that Hattie is in Marlena’s body, and the real Marlena is in Prague, where she confronts Gina. Meanwhile, Xander and Sarah do their best to help Mackenzie, even when they realize that Tate was the last good chance for a bone marrow match. Ben makes a daring escape from prison, and in fact, a death sentence, with the help of Clyde, his father.

Ciara gets involved in the plan, and they hide out at the DiMera estate. Gabi, who has been running Stefano’s company, is about to get married to Eli when Lani interrupts the process. You might be interested to know what the upcoming week has in store. We have you covered with all the ‘Days of Our Lives’ spoilers for the week of February 17, 2020. Read on.

Obviously, the first thing that springs out is Lani crashing Gabi’s wedding. Since Hernandez ruined her wedding day, she is determined to ruin Gabi’s. However, making matters worse, Julie collapses at the wedding. Now, we do not know if this is because of her heart condition, and has something to do with the pacemaker that can be controlled by the app on Gabi’s phone.

However, the latter scenario seems most likely. Moreover, we know that Gabi makes some huge admission, in this episode. Perhaps, it has something to do with Julie’s condition. Valerie Grant attends her son’s wedding while Sonny and Will separately recall their last Valentine’s Day together.

Now that Lani has crashed the wedding, she has to explain her actions to Eli. Things are even more awkward for Rafe, who has to arrest Gabi. This is undoubtedly linked to the admission she makes in the previous episode. Jennifer also receives the news about Bill Horton’s death, which makes her sad.

The episode will see a walk down the memory lane, as Doug thinks back to the first time he stepped foot in Salem. Actually, it marks the 50th anniversary of actor Bill Hayes, on the show. The special episode will see Doug recalling good and bad times. However, Doug, too, will face the pain of a loss in the family.

This episode is dedicated to the numerous body switchers. Hattie and Roman share a moment of sweetness, as do Marlena and John. They definitely deserve it, with Hattie almost being choked to death by Stefano, and John nearly being drugged and killed by Gina.

Speaking of Stefano, who is now masquerading as ‘Steve’, he is now hiding out with Kayla. Despite the misunderstandings and arguments between the two, ‘Steve’ convinced Kayla that he was going after Stefano, getting her to help him out.

However, in this episode, she is in for a surprise as ‘Steve’ reveals something. He might end up revealing his real identity. Rafe and Justin, meanwhile, try to track down Kayla, perhaps trying to get to ‘Steve’ or Stefano.

The episode will focus on the couple on the run, Ciara, and Ben. Having broken out of prison, Ben needs to lay low. Meanwhile, Ciara gives him her theory of what might be responsible for Jordan’s passing. Ben might have run-ins with the law, with Rafe trying to take him in, and Ciara trying to stop it from happening.

Kristen dreams about her baby, and it is unsettling. There is a good chance that she is on to the fact that her child might be alive, and needs her. As for Mackenzie, there is some good news. Sarah finds out that there is a bone marrow match for the baby. Sonny asks Will why he hasn’t filed for divorce papers yet, but perhaps the latter does not want to split up, now that Horton knows the truth.

The episode sees Will digging deeper, and asking Maggie some pointed questions about the night of Adrienne’s accident. The situation with Ciara and Ben is rather bleak since the former resorts to extreme measures to free Ben. Undoubtedly, these will have consequences later.

Gabi faces a bleak future, perhaps because Julie dies, and she is blamed for it. Julie’s death seems likely considering Doug receives news of someone passing away in his family. The week’s last episode ends on a note of anticipatory drama as Sarah is shocked to learn the identity of the individual who is Mackenzie’s bone marrow match. You can check out the preview for the upcoming week’s ‘Days of Our Lives’ episodes, below.