Is Dead Sound a True Story?

‘Dead Sound’ is a thriller film that revolves around four young and flossy best friends who find themselves in the middle of a life and death situation after they take a lift from a sketchy stranger. On a bright sunny morning, best friends Jack, Nicky, Ashley, and Carson hit the road to reach the docks and hop onto the ferry with their classmates to attend their high school graduation party on Block Island. However, they get late by a few seconds and see the ferry leaving the shore. As the next ferry isn’t until the next morning, Nicky meets Bobby, a first mate of a fishing boat, and hires him to take them to Block Island, as soon as possible.

Upon boarding the ship, Bobby and the boat’s owner, Captain Stone, reveal their true colors and reveal to them that they didn’t sign up for a trip to Block Island, but to hell. Enraged, the teens begin to lose it and one of them attacks Bobby, only to meet his creator. Soon, one by one, they are all forced to fight for their survival or die, either by a bullet or by freezing in the cold water, for there is no means to escape or get rescued. Initially titled ‘Block Island,’ the movie has been directed by Tony Glazer, while Jon Adler and Ted Weihman serve as the screenwriters. Apart from being appreciated for the foreboding atmosphere and twists, the movie has caused many to wonder: Is ‘Dead Sound’ inspired by true events? Let’s find out!

Is Dead Sound Based on a True Story?

Even after many years of investigation, the jury is still out on whether paranormal entities are real or not. However, a chill runs down our spines every time we see “based on a true story/event” attached to a movie or a television show. There is something really compelling about the words “true story” that makes even a supernatural movie, scarier. ‘Dead Sound’ is one such movie, that is based on true events. 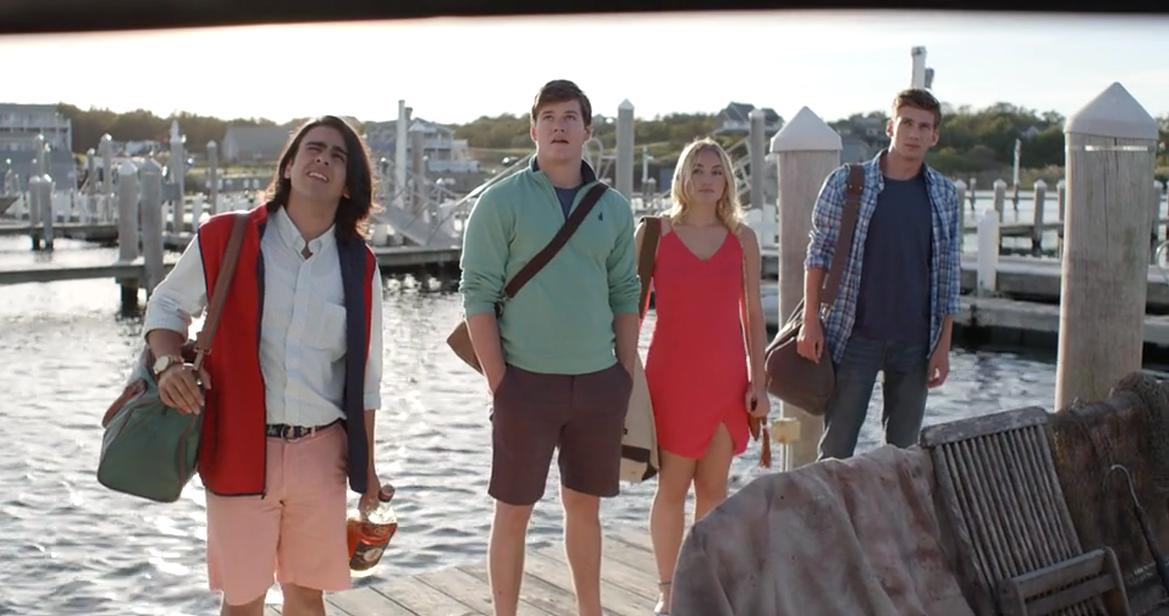 Although it isn’t a mainstream horror film, the events that transpire in the movie are horrifying enough to give you nightmares or worse, make you paranoid about stepping a foot on a stranger’s boat ever again. Writer/producer Jon Adler’s first feature film is based on a gasp-inducing incident that he and his friends had to endure, back when they were in high school. The real story goes like this – Back in the day, Jon and his friends were all set to hit Block Island for a party. Unfortunately, they couldn’t catch the last ferry of the night and were left behind, disappointed and dispirited.

In desperation to get to the party, the friends convinced two sketchy fishermen to take them to the other side. When they were halfway across the Long Island Sound, the two men held the entire group hostage. Luckily, Jon and his friends managed to escape the situation, unhurt. However, the poor characters in the film don’t have it that easy. Both Jon and Ted add more drama and thrill to the script to make it more gripping and spine-chilling. Certain moments in the film make us question ourselves: What would we do if we were stuck in that situation? It makes you sit and think about how fragile life is and how one bad decision could endanger your life. 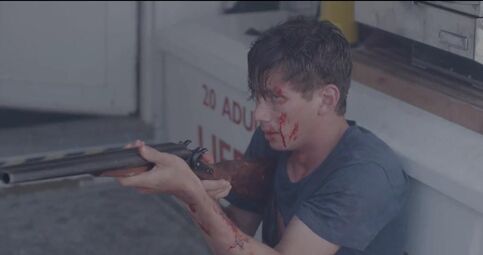 The mysterious vibe and characterization bear a resemblance to the slasher classic, ‘I Know What You Did Last Summer.’ Still, it goes above and beyond the “chosen one” trope and the deaths are pretty gruesome, to say the least.  The movie also features scenes that touch upon real-life issues like drug addiction, sexual abuse, classism, etc. It also showcases how money, fame, and power can’t always be beneficial in saving one’s life but a presence of mind can. So even though the writers embellish the movie with gore and tension, the central premise is as real as a donut.