Review: Dead to Me Season 2 Episode 5 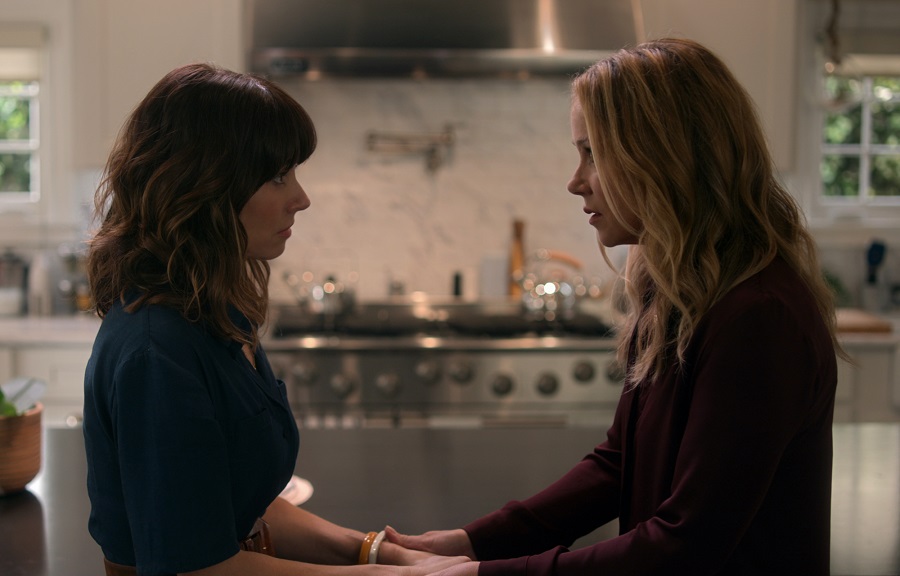 A lot of mistakes were made the night Jen killed Steve. The first was the murder itself, but the threads that connected it to Jen were not cut properly, if at all. She thought that getting rid of the body would be enough to keep her out of trouble, but soon enough, she discovered that there was a lot that the cops could find out to connect the dots. In its fifth episode, titled ‘The Price You Pay’, Jen comes face to face with some lapses on her part and the details she couldn’t have anticipated. Things are spinning out of control now, and Jen will have to deal with the consequences.

Dead to Me Season 2 Episode 5 Recap

Charlie finds Steve’s car and believing that Jen had bought it for him, he takes it out for a spin with his girlfriend. Meanwhile, Jen discovers that she has a lot more money problems than she had imagined. She thinks about shifting to a more humble residence, but Lorna tells her to get her house in order, along with the fact that Jen can’t sell the house because Ted had put her name on the lease.

Ben meets with Judy to find out if she knows anything about where Steve might have gone. Her nervousness gets the better of her, and she tells him that he had pulled out of a deal with Jen about selling his house. This leads Ben to Jen, who is suffering from chronic back pain. He helps her with it, and they end up spending quality time together.

Dead to Me Season 2 Episode 5 Review

Reaching its season mid-mark, ‘Dead to Me’ piles up all the problems for Jen. As if too many people weren’t suspicious enough of her, now she has her neighbors divulging her secrets. She has left a good trail behind, and if one were to start looking into it, it would be game over pretty soon. There is the CCTV footage not just of her own backyard but also of the street in Karen’s camera. One she can take care of, the other is beyond her control, and even if she demands Karen to remove it, it will only create more suspicion.

Then there is the matter of the car. Karen’s camera also has Judy taking away the car, which she had then stashed at the storage. Jen is lucky in the matter that Karen doesn’t spend all her time pouring through the recordings, and even if she does, she is not attentive or smart enough to notice the events of that night and conclude what happened.

Like Jen and Judy made a mistake by keeping Steve’s body in their house for longer than they should have, they did the same with his car. They should have gotten rid of it as soon as possible. If not that, then at least, they should have hidden it in a more inconspicuous place. But again, they were not thinking straight. Henry came close enough to see a dead body in the freezer, and Charlie took out the car of the man who had been murdered in his own backyard.

Not only that, but he also made it very visible. It is on the street cams now, and a cop has also seen him and his girlfriend with it. This will undoubtedly make the FBI’s task easier. Speaking of which, Ben says that they have a bigger fish to fry. What if this fish is also looking for Steve? Now, Jen has given both the cops and the criminals enough to track her down.

After burying Steve and getting rid of the crystal from the Petrified Forest which Judy thinks brought all this misfortune on them, she and Jen believe that they can finally relax. They even decide to put some space between themselves and shrug off their increasing co-dependency. After all that happens in this episode, it looks like they are not ready for that yet.