Is Dead to Me a True Story? 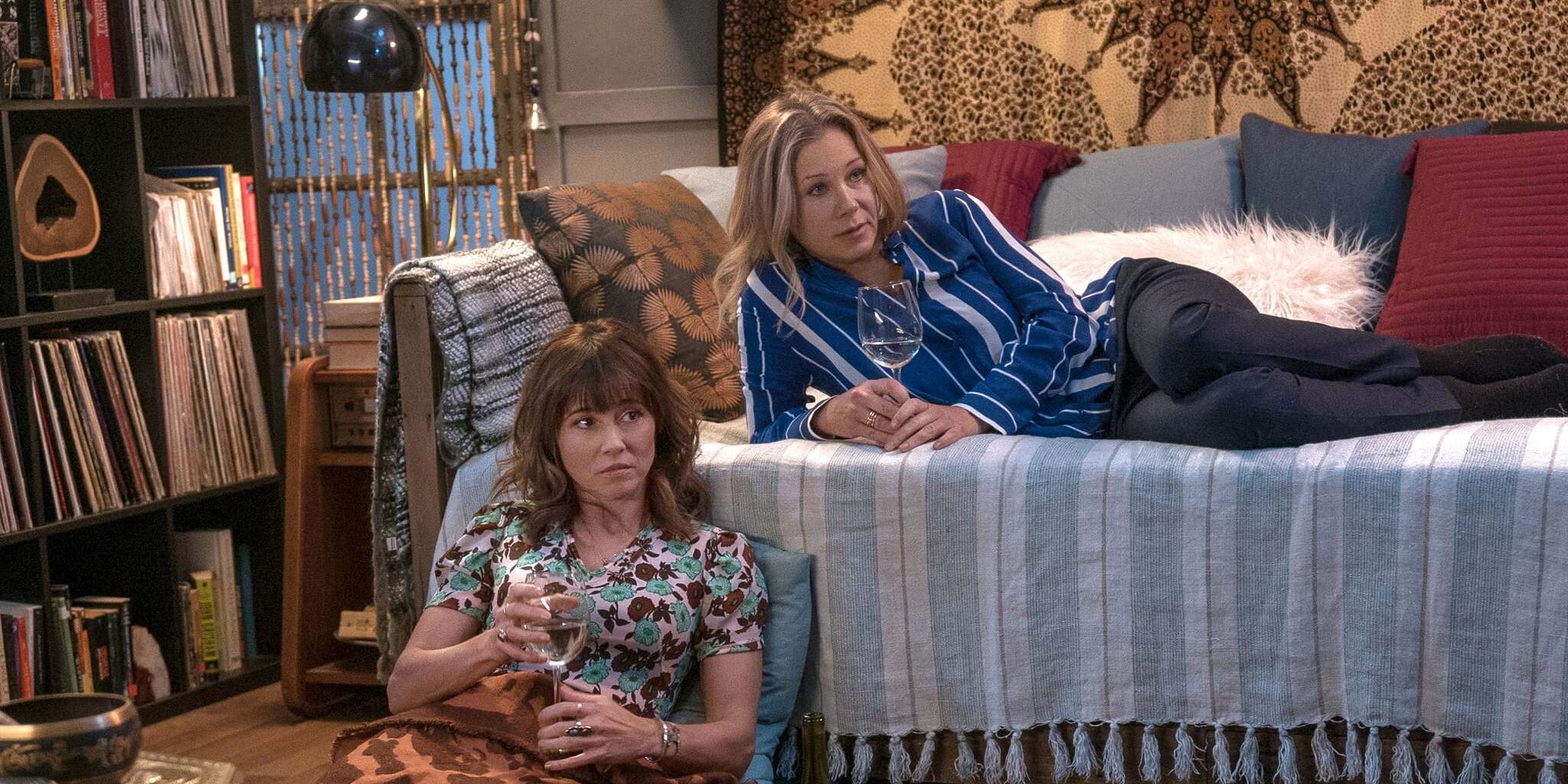 Netflix’s ‘Dead to Me’ follows the story of Jen and Judy, who meet each other while dealing with personal grief. Jen’s husband is killed in a hit-and-run, and Judy is heart-broken after her fiancé’s death. Despite their completely opposite personalities, the women find an unlikely friend in each other, and things take a turn for the better. However, there are things that they are keeping from each other, and that marks the beginning of trouble for them.

One of the distinct things about the show is how well it captures the friendship between two women, along with the idea of grief and guilt that haunts them. It also focuses on the real problems of real people, which is what makes it resonate so well with the audience. Where does it get this authenticity? Is it based on a true story? Here’s the answer.

Is Dead to Me Based on a True Story?

No, ‘Dead to Me’ is not based on a true story. It is a dark comedy-drama created by Liz Feldman. It follows the story of two middle-aged women who get caught up in a vicious cycle of murders, secrets, and lies, while tackling their personal demons. To tell their story, Feldman drew from the experiences of her own.

Around her 40th birthday, Feldman received the news of the death of her cousin, with whom she had shared a close relationship. Around the same time, she had also been facing challenges with fertility, and the insecurity about it was exacerbated by the fact that several of her friends were pregnant. “Maybe just because of where I was at in my life, it just sort of dawned on me: Okay, two women. One of them is a widow, they meet at this support group, and they become each other’s confidants but one of them isn’t telling the whole story, or maybe both of them aren’t. And it sort of started from there, and then I kept developing it as we went along,” explained Feldman.

As the process moved forward, Feldman also drew from the stories of the women involved in the project. Because the show revolves around the friendship of two women, it was only logical to have opinions of more women in the matter. If you look at the slate of directors and writers who have worked on ‘Dead to Me’, you will find that most of them are women. “We know what female friendships are. God bless men, but they have a skewed view of what female friendships are. And as remarkable as what happens at the end, [Jen and Judy’s] bond is something that’s bigger than all of it,” said Christina Applegate, who also serves as the executive producer for the show.

She had been the first and only choice to play Jen, and when she came on board, she added more insights into the character. The part about Jen’s breast cancer and mastectomy comes from Applegate’s real-life experience. “I thought it was so generous and, kind of, just amazing of her to want to give that story over. She’s like, “I just think it will resonate with people.” I imagine she’s right because it’s not something that you see a lot about. And it brings such a humanity and a vulnerability to her character,” said Feldman.

In bringing Jen closer to herself, Applegate also found that playing the role turned into a cathartic and therapeutic experience. For those who think Jen is too rough on people, and her behavior should have been mellowed a little bit, Feldman believes otherwise. Grief and rage were the things that defined Jen, and tapping into her anger is what made the character better for them. Considering the way that she had been written, it only seemed logical to present her in this crude manner. The trick worked, for sure, especially with Applegate’s knack to play Jen, which also landed her an Emmy nomination.