12 Deadliest Assassins and Hitmen in Movies

Hollywood has introduced to us some of the most cold blooded, deadliest killers that could grace the screen. They are killing machines, pure and simple and one would not want to end up in their crosshairs. Here is a list of the deadliest assassins and hitmen in movies: 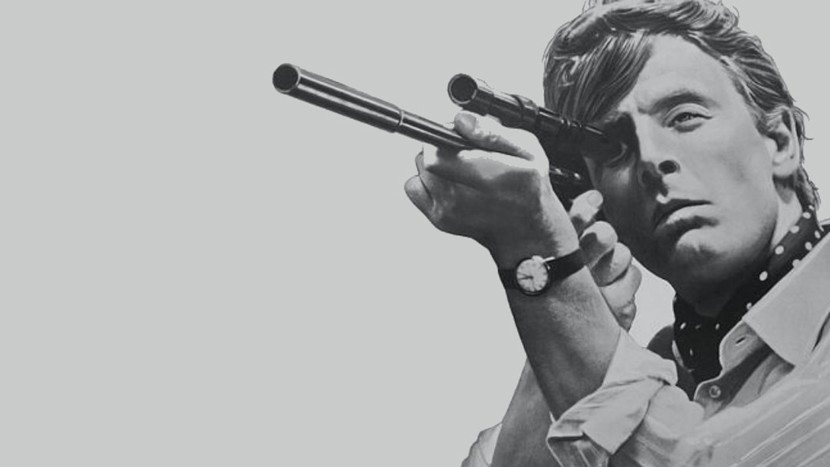 Based on the novel by Frederick Forsyth, this movie introduced to us the most methodical cold blooded assassin ever – the Jackal. A man with ingenious planning, coupled with resourcefulness and ruthlessness he made us cringe every time he moved forward with his nefarious plot of assassinating the French President Charles de Gaulle. Although the assassination attempt was a failure, the Jackal came incredibly close to successfully accomplishing his task and his punctilious manner and cold eyes will send a chill up the viewer’s spine. 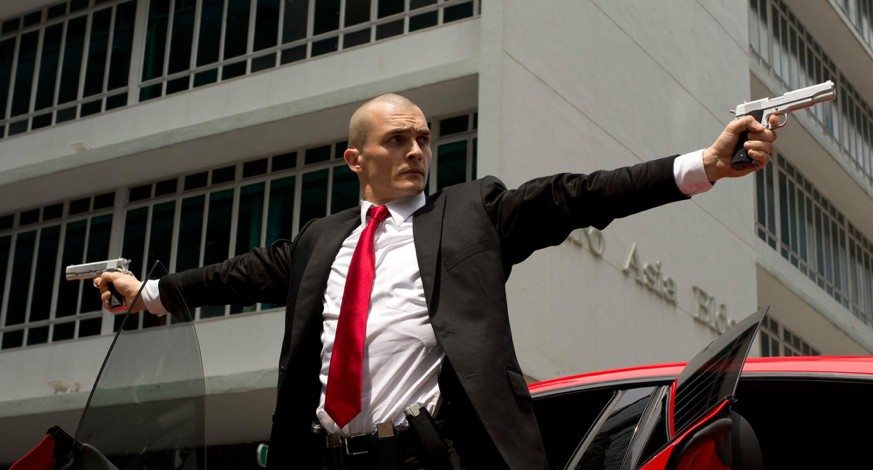 The movies were based on the video games titled ‘Hitman’ . It introduces Agent 47, a person with no name, who had been brought up from the moment of birth being trained how to kill. He is an absolute killing machine, adept with his dual sidearms called Silverballers and a preference for using a garrote. Adept as disguise, emotionless with a one track mind he is undoubtedly one of the deadliest killers on this list. 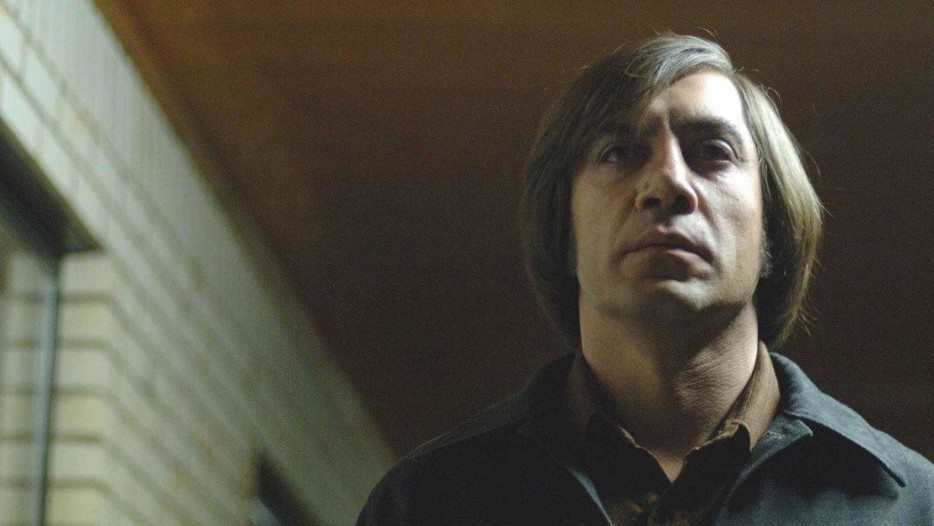 This character is from Cormac McCarthy’s novel ‘No Country for Old Men’ which was made into a film by the Coen brothers. Played to perfection by Javier Bardem, Anton is an unstoppable force. He is almost like a hand of fate meeting out death to those he encounters. Armed with a twisted set of morals, a captive bolt pistol he often flips a coin to decide on a victim’s life. Needless to say Chigurh never misses and is often considered as the modern equivalent of Ingmar Bergman’s Death from ‘The Seventh Seal’. One would definitely not want to come across this thoroughly dangerous individual during one’s life span. 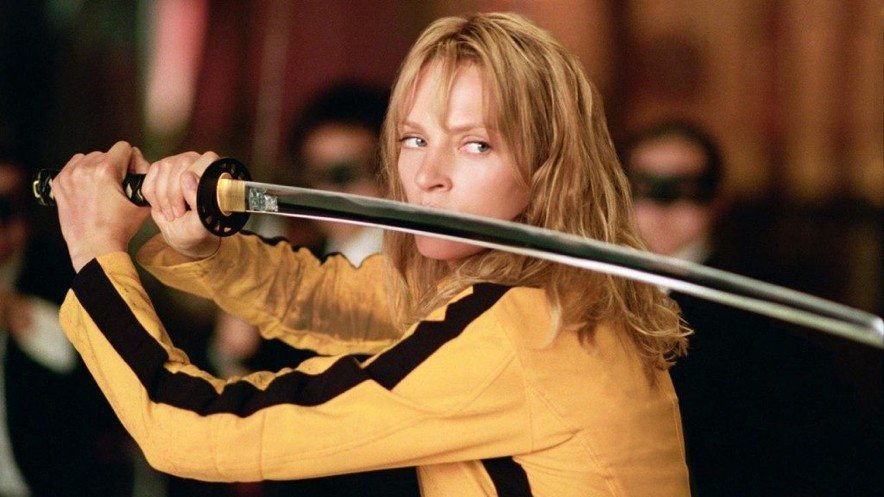 If anyone reading this list was under the misconception that only men can be cold blooded, dangerous killers – this will surely change their minds. The Bride from Tarantino’s Kill Bill movies is one of the deadliest assassins to have come out of Hollywood. A remorseless woman on a path of revenge she successfully takes down her former teammates, all dangerous assassins in their own right. Skilled with a katana and packing some serious martial arts skills one should definitely be very wary of crossing the Bride, because she will keep coming for you till one of you is dead, and a smart person would put money on the Bride to finish her job.

Played by Liam Neeson, in the film Taken, this man is a retired CIA Operative with previous experience in the US military in the armed special forces unit. It comes as no surprise then that he is adept at hand to hand combat and weapon handling. However, what makes him more dangerous is his persistence and his resourcefulness. A man with powerful contacts within the US government and foreign authorities, his detection skills are at par with his combat techniques. As he says himself his particular skill set makes him a nightmare. To use his own dialogue, this assassin will find you and kill you if you are on his list. 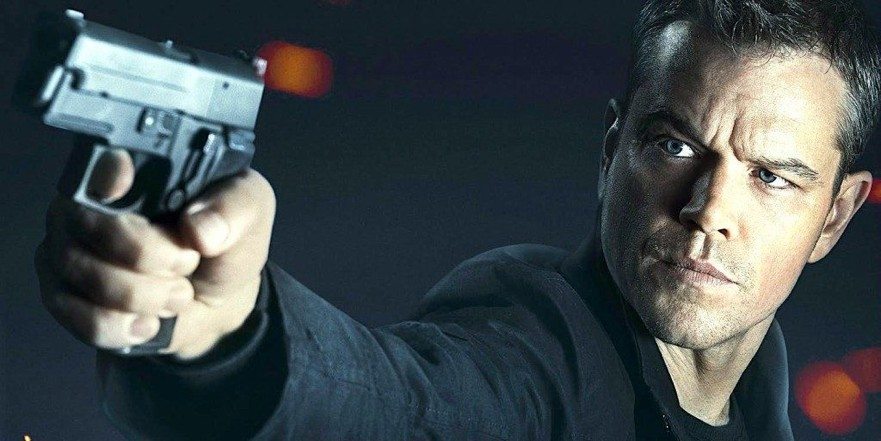 The CIA produces some of the best killers in Hollywood, that is a fact. Jason Bourne played by Matt Damon is a CIA trained operative gone rogue. Skilled in multiple languages, trained specifically to evade authorities, extremely skilled at infiltration and data gathering, this man single handedly fights the CIA, local authorities and trained assassins. What’s more, he does it in style. Adept at using firearms and hand to hand combat, Bourne can turn almost anything into a weapon including a book ! This rogue agent is a thorough killer and one would definitely be advised to give him a wide berth. 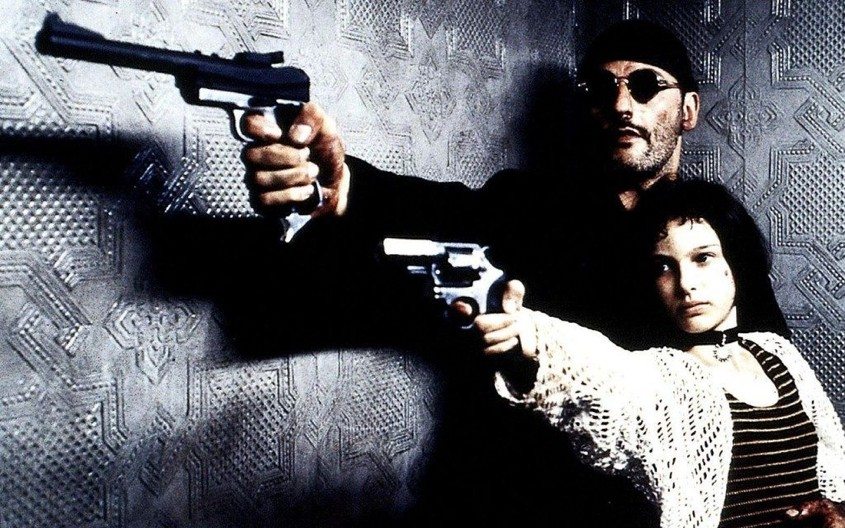 He is a professional. The title of the film suggests the same. Played by Jean Reno in Luc Besson’s movie, this man is trained in a wide range of weapons ranging from a sniper rifle to a knife. Not much is known about his personal life except that he is almost sociopathic and has no interactions except for his handler who gives him names of people to kill and the young child played by Natalie Portman who he reluctantly takes in. The opening sequence of the film shows us how deadly Leon is and he maintains the aura of danger throughout right until the moment he blows himself up to protect the young Mathilda. One of the most thoroughly professional assassins, Leon is as dangerous as they make them. 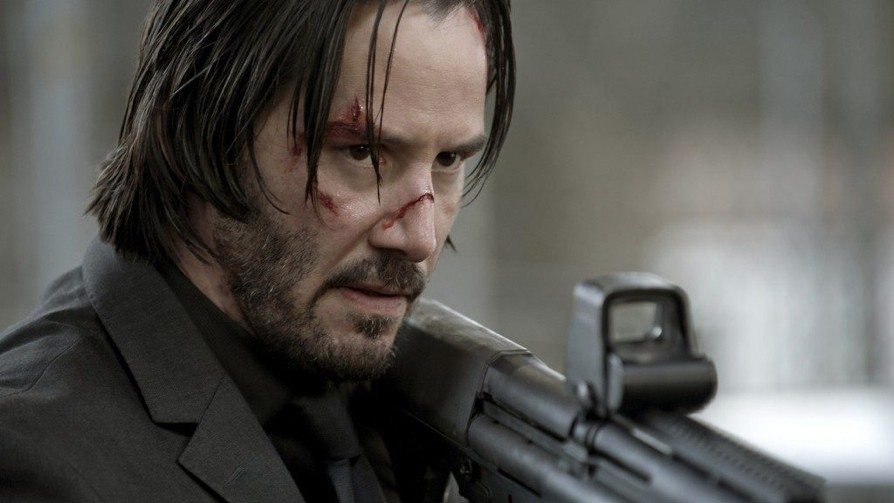 Played by Keanu Reeves, Wick is a dangerous hitman. A former employee of the Russian mob, he is globally known in hitman circles and is well-respected and feared. Nicknamed Baba Yagga after a Slavic mythological witch, Wick is dreaded for his one track mind, his ruthlessness and his formidable shooting expertise. John Wick stops at nothing, he fears nothing and once provoked he is unstoppable. Rumored to have once killed an entire bar full of people with only a pen, it effectively makes him one of the most dangerous people on this list, a person of international repute as a world class assassin. 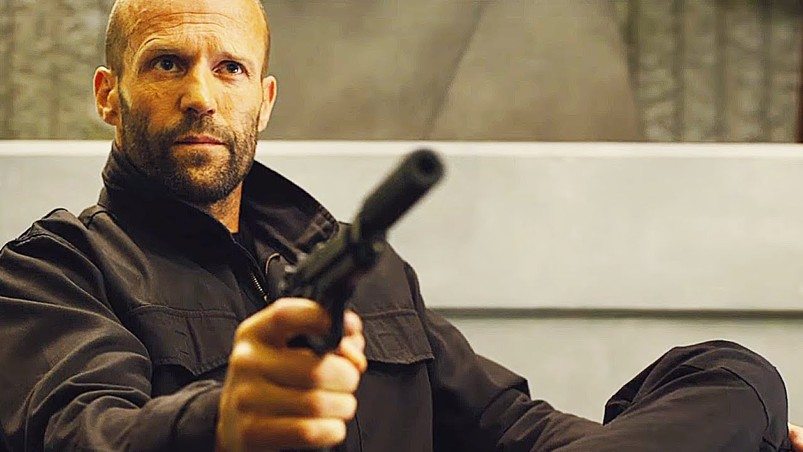 Played by Jason Statham, Bishop is a professional assassin employed by an organization that provides him with names of high profile victims which includes a Colombian drug lord. He is an expert at stealth infiltration and skilled at hand to hand combat. He is also extremely resourceful and often uses his surroundings to help him in his mission. A completely cold and manipulative person Bishop is a highly calculating killer and like a snake that charms its prey he too can be affable and charming when required. He displays a great deal of sophistication as is evident in his music choices and is also adept at designing explosives. He is a thoroughly dangerous man and a cold blooded killer if ever there was one to grace the Hollywood screens. 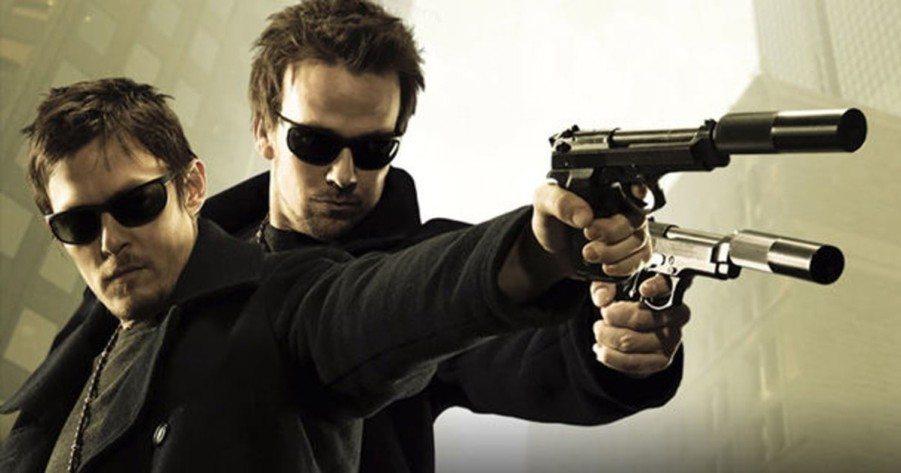 Two Irish brothers who live a tough and troubled life, they start off as youths trying to hold down a job and merry making and wasting their lives away. However, they get into a tiff with a Russian mobster and retaliation from said mobster changes their lives. The brothers shoot straight, carry heavy firepower and depend on each other to watch their backs. A couple of crazy shooters who prefer frontal approaches and shooting their way out of situations, the duo display an enormous amount of courage and resilience to pain and a lot of resourcefulness. Guided by deeply moralistic and religious codes, these brothers are a nightmare to organized crime be it Italian or Russian mafia and these Irish lads are definitely two armed and extremely dangerous individuals and their chilling prayer said to dying victims will definitely send a shiver down the viewers’ spines – “And Shepherds we shall be For thee, my Lord, for thee. Power hath descended forth from Thy hand, Our feet may swiftly carry out Thy commands. So we shall flow a river forth to Thee. And teeming with souls shall it ever be. In Nomeni Patri, Et Fili, Spiritus Sancti.” 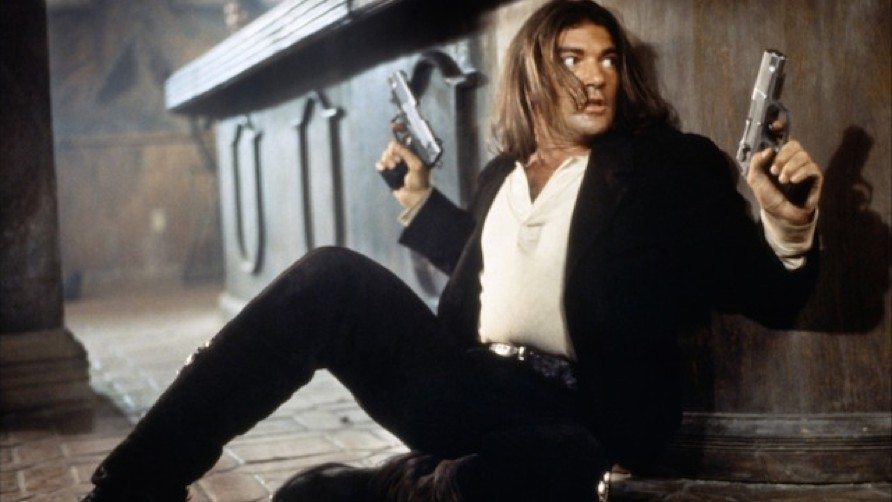 The name when translated to English is the musician. Pretty harmless right ? Wrong! Because, the only thing El Mariachi does better than play the guitar is shoot Mexican cartel members. Ingenious use of guns concealed in his guitar case, this man is a nightmare for the Mexican cartel. Initially swearing an oath of vengeance against the cartel in the first film of the same name, El Mariachi’s daring and heroic escapades are followed through the two better known films of the Mexico trilogy – Desperado and Once Upon a Time In Mexico. The character is played by Antonio Banderas in these two films and his dark eyes smolder with rage as he wields his gun effortlessly to shoot fast and shoot straight. One would definitely not want to be caught staring down the barrel of El Mariachi’s gun – to do that would be to be certain of death. 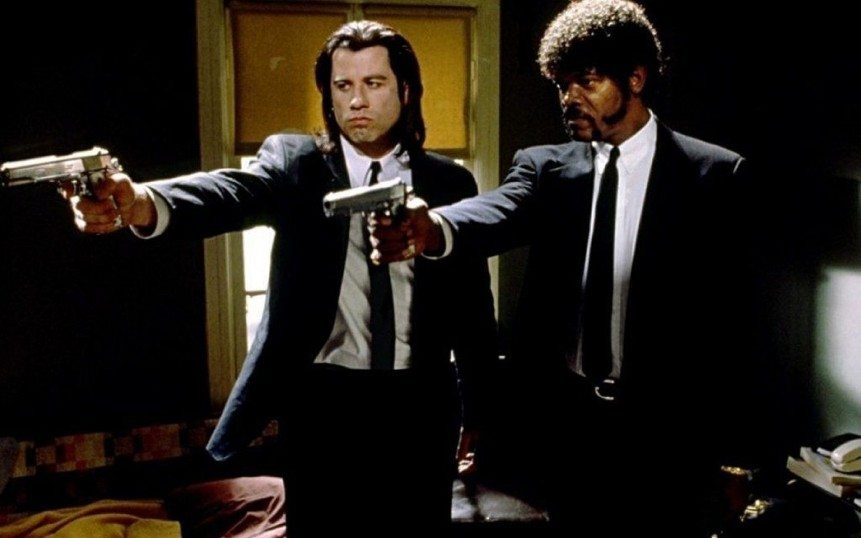 The iconic duo from Tarantino’s Pulp Fiction, despite their comic mishaps are thoroughly dangerous. They shoot straight and are completely cold blooded – one only need remember how effortlessly they talk about foot massages to while away the time before breaking into an apartment and killing most of the residents. Employed by a gangster by the name of Marcellus Wallace, Vincent played by John Travolta and Jules played by Samuel L. Jackson, are quite professional and highly dangerous. Jules’ recitation of the Bible before killing his victims has become a cult dialogue and it is safe to say that this duo is, as it says on Jules’ wallet, ‘Bad motherfucker’.