Death of Me Ending, Explained

In Darren Lynn Bousman’s horror-thriller film, ‘Death of Me,’ a couple vacationing on a small island off the coast of Thailand find themselves trapped in a nightmarish reality. Intriguingly ominous and seemingly impossible video footage from the previous night leads them to question their own sanity. Maggie Q and Luke Hemsworth star as the couple whose idyllic holiday on an exotic island takes a horrifying turn after a night of drunken revelry. If you have questions about the movie’s ending, you’ve come to the right place. Let’s take you through a quick synopsis of the film’s plot and then discuss the final minutes of ‘Death of Me.’ SPOILERS AHEAD.

Death of Me Plot Synopsis

Neil and Christine are a married couple vacationing on a tiny Thai island. The two wake up on the morning they are supposed to fly back, covered in dirt and unable to remember the previous night’s events. They’re forced to stay on the island for one more day because they cannot find their passports anywhere. To find out what exactly happened the night before, Neil and Christine watch a video recording on Neil’s camera and are shocked to see the eerie events of last night unfold in front of their eyes. The husband and wife watch in horror as the video shows Neil forcing himself on Christine, choking her to death, and burying her in the ground. 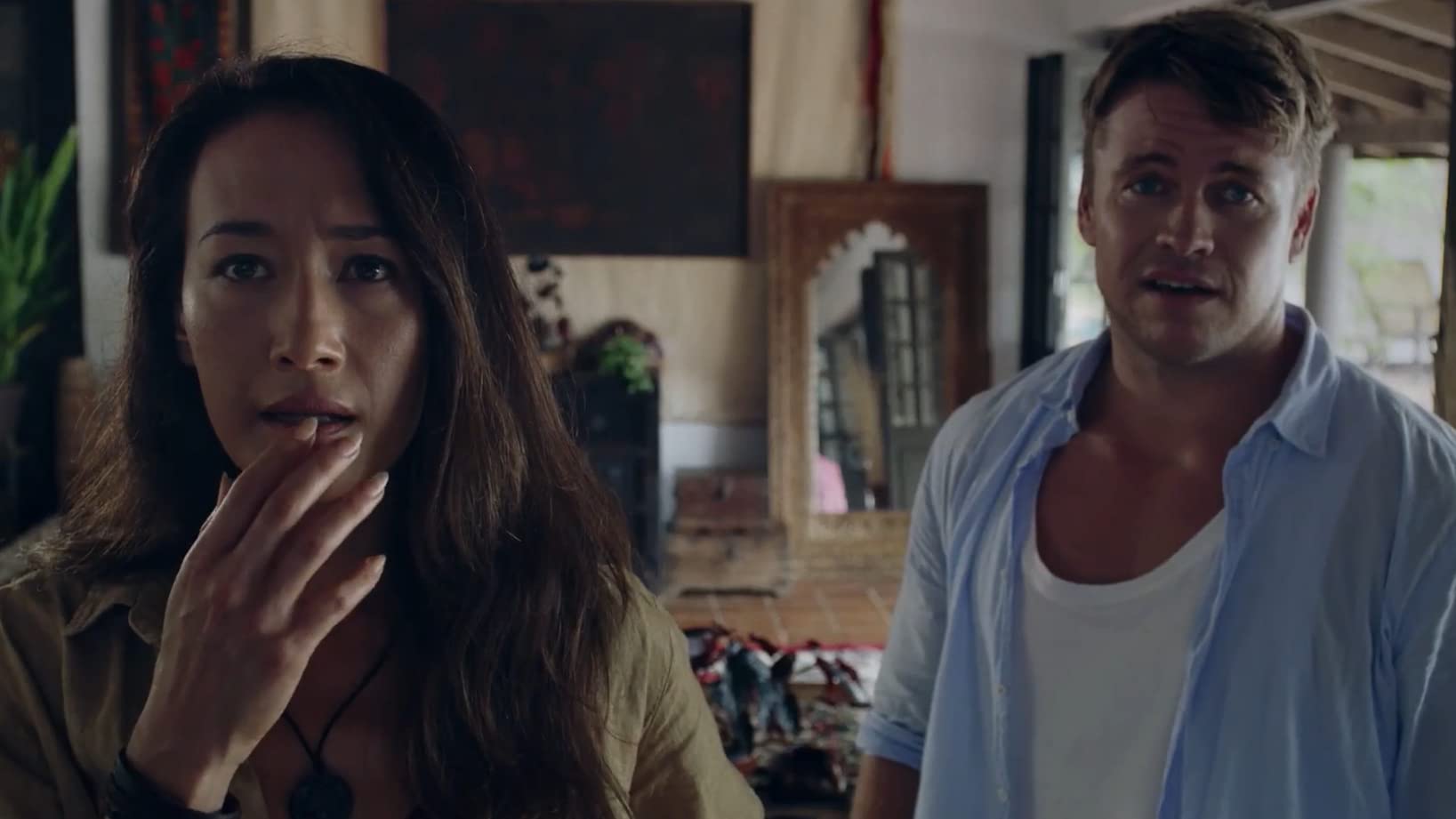 Unable to comprehend what’s on the video, especially because Christine is very much alive, the couple is forced to admit that something weird and unnatural is at work. They soon discover that the local islanders, who are preparing for an obscure festival, are also behaving strangely and creepily. With a massive typhoon about to hit the area, it becomes imperative that Neil and Christine find a way off the island. But the locals keep reassuring them that the island has not been hit by a storm in over 200 years. To cap it all, Christine starts experiences strange visions in which scary old ladies with eyes and mouths sewn shut are performing some kind of a weird ritual on her.

Death of Me Ending: Is Christine Dead?

Kanda tells Christine the truth about what is happening with her. In order to maintain the island’s protection against storms, the islanders regularly sacrifice pregnant women in a creepy ritual. Christine is going to be sacrificed as the pregnant woman this time. What they saw on the video – Neil brutally killing Christine and burying her in the dirt – was very much real, but Christine hadn’t really died because of the pendant Madee put on her earlier. 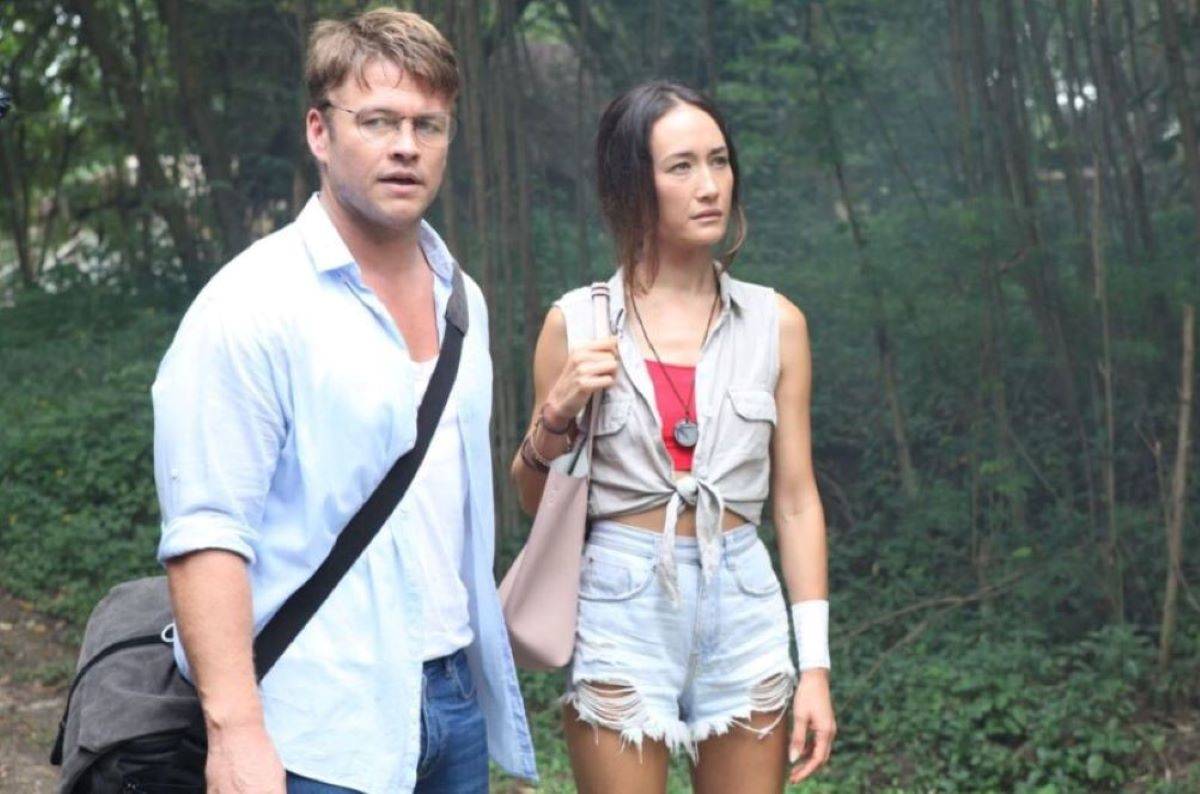 That pendant keeps Christine on a supernatural plane of existence, not really dead and not really alive. That’s why whenever Christine takes the pendant off, she starts getting sick because the pendant’s power is the only thing keeping her alive. At the very end, when Christine runs away from the ritual, she manages to get away in a boat, but the typhoon is already upon the island.

The next morning, we see the utter devastation that the storm brings upon the island, all because Christine escapes before the ritual could be completed. The coast guard finds Christine in her getaway boat and pronounces her dead. As Christine lays in a body-bag alongside several of the island natives, the officer rounding up the bodies tosses the pendant back in Christine’s body-bag. She wakes up inside the zipped-up body-bag. 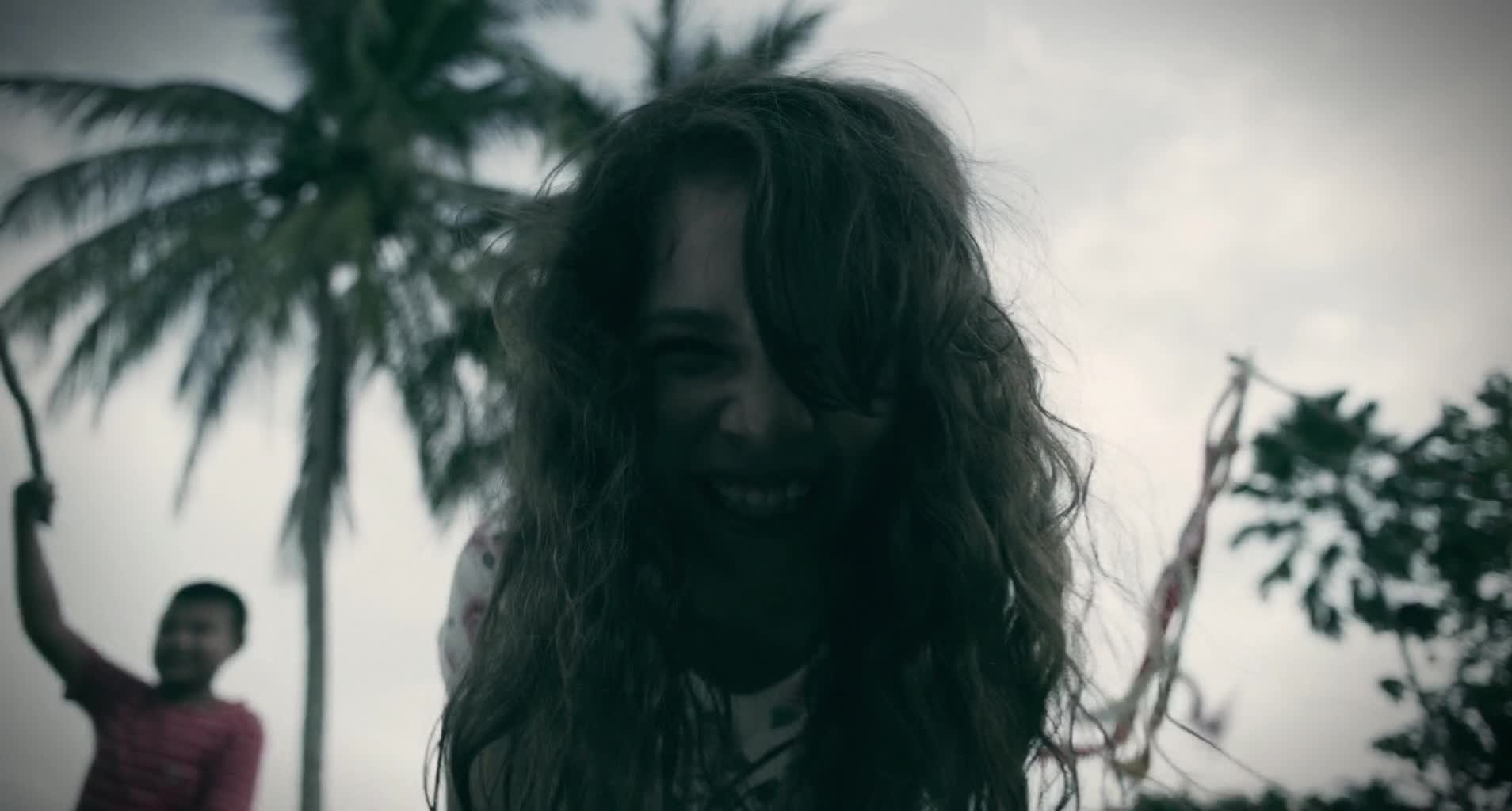 Since she cannot really die as long as she keeps the pendant on, there’s a chance that Christine manages to get out of the body-bag and goes on to live a life of relative peace. If she does, in fact, get away from the island after waking up at the end, it is important to note that Christine is still pregnant. What kind of a demon baby is she carrying? Will she choose to give birth and keep the baby? ‘Death of Me’ leaves these questions unanswered and open to the audience’s own imagination.

Why Does Christine Kill Samantha?

When Samantha shows up dressed like an islander, it’s pretty clear that she is in leagues with the locals. She says she is taking Christine to the ferry, but Christine notices that Samantha is not turning her car towards the sea. Albeit too late, Christine realizes that Samantha is also one of the people who wants to sacrifice her. Christine asks Samantha to stop the car, but she doesn’t pay her any heed. Samantha tells Christine that Neil is long dead, and the previous night, he wasn’t himself when he choked Christine. Neil was under the control of the islanders. Christine, realizing that Samantha won’t stop the car, shoots her in the head and escapes.

Yes, Neil actually cuts his own gut open and kills himself. That scene is the last time we see him alive. When Christine sees Neil sitting next to her on the beach, that’s only her subconscious imagination at work. The previous night at the bar, Madee had laced Neil’s drink with corpse oil, something that let the islanders control his mind and actions. The islanders made him kill Christine and bury her, but he couldn’t remember any of it the following day. 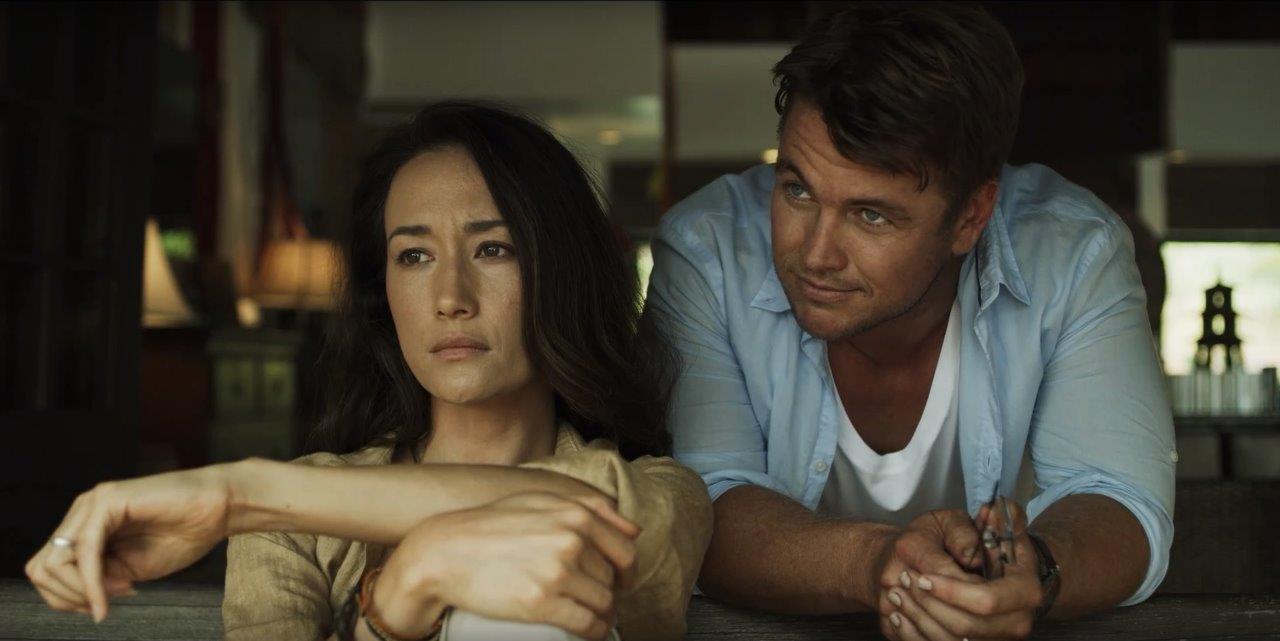 The islanders also made him commit a gruesome suicide by pulling out his own intestines and then falling into the sea. In pretty much the same manner, the village doctor forces Kanda to take the corpse oil and makes her kill herself also. It’s ironic how the islanders can control the actions of the people who are not important to their ritual, but they cannot control Christine. The ritual only works if Christine sacrifices herself of her own free will.

Read More: Where To Stream Death of Me?