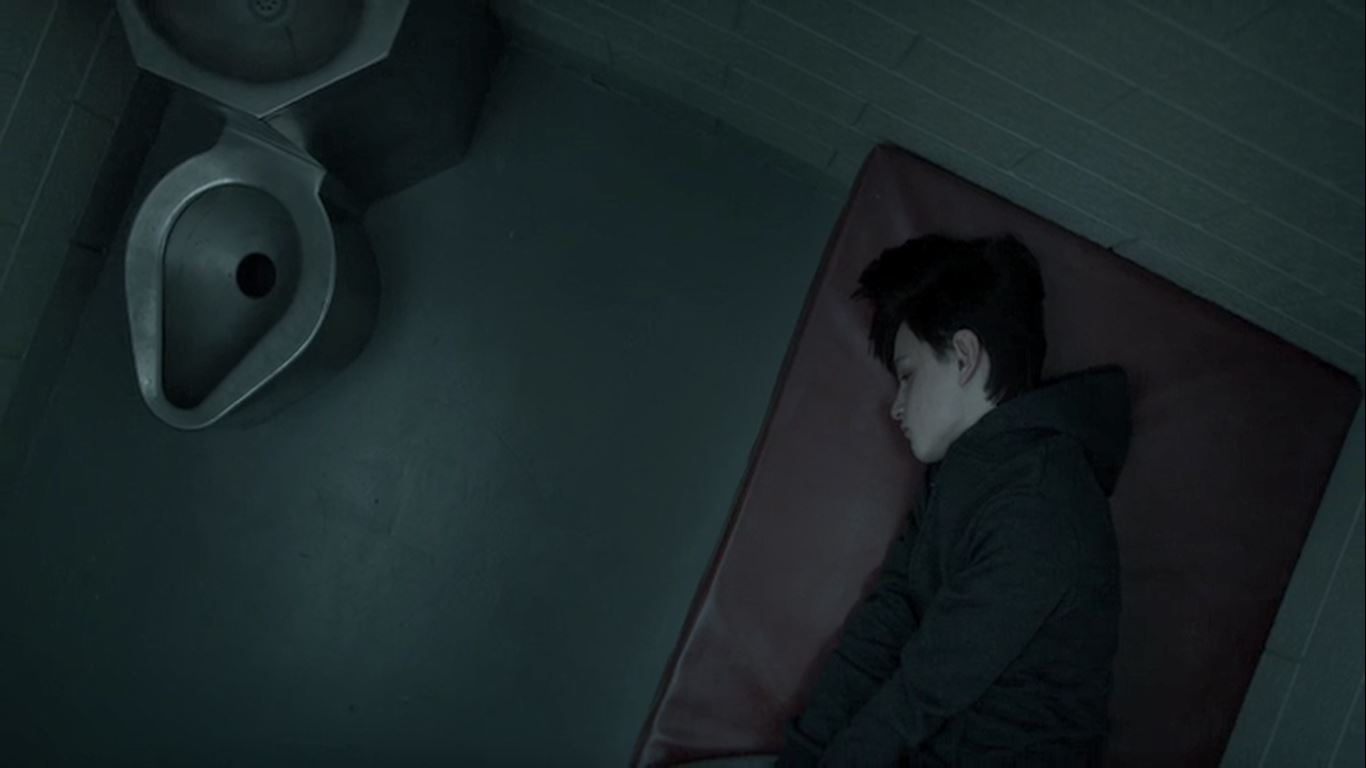 ‘Defending Jacob‘ is an Apple TV+ murder mystery series that has been adapted from a novel of the same name by William Landay. The show stars Chris Evans in the leading role while Michelle Dockery and Jaeden Martell essay pivotal roles. The first episode sets up the murder mystery premise in a slow-burn fashion: depicting the death of a fourteen-year-old boy by stabbing. Furthermore, it depicts how the character played by Martell, Jacob starts to be suspected of the murder. Evans plays the character of Jacob’s father, Andy.

The second episode begins with Andy and Laurie confronting Jacob about the knife. Jacob tells them that he had no real reason for buying it and gets offended when Andy asks him indirectly whether he was involved in the murder of Rifkin. Andy and Laurie apologize to Jacob.

Laurie asks Andy if they should go to the police to report Jacob possessing a knife on their own. Andy does not think its a good idea and throws the knife in the trash. Leonard Patz is taken by the police for questioning. After interrogation, the police officers do not think that he is involved, but Andy wants them to question him anyway. Patz’s lawyer arrives, and the interrogation has to stop.

Sarah, the girl that almost tells Andy and Duffy something about Jacob in the previous episode, talks to Jacob in school. She tells him that Derek has been saying things about him (Jacob) to others. Several volunteers from the town search the park for the knife that killed Rifkin. Then, the episode flashforwards to Andy being questioned in front of the jury by Neal. Neal asks Andy about Jacob’s knife. It is revealed that Jacob tells the police officers about his knife.

Back to the original timeline, Andy’s superior, Lynn, tells him that he is being removed from the case and handed a paid leave. He is told that Jacob is being suspected of the murder and will be arrested. Their house will be searched too.  Jacob sees the police officers outside his house and turns away. Lynn tells Andy that Jacob’s fingerprints were found on Rifkin’s sweatshirt.

A knife is found in the park. Jacob is found in the playground and arrested. He tells the police officer that he had seen Rifkin’s body in the park. Jacob tells the officer that upon turning Rifkin’s body, he (Jacob) had realized that Rifkin was dead. Jacob says that he had gotten scared and hadn’t told anyone what he saw. Jacob has to spend the night in jail. On the other hand, Patz is shown eating at a restaurant. He is looking at his phone, at pictures of Rifkin. He deletes all the pictures.

The second episode of ‘Defending Jacob’ certainly picks up pace. However, its slow-burn approach remains to be largely unimpactful. A sense of something extremely unexpected happening has not yet been developed. The undertone of Jacob having been up to something shocking, seems to have been quelled. His innocence feels almost certain unless that rug is pulled sometime later.

Furthermore, the time jumps feel pointless. They do not reveal much, and at this point, do not seem to be making the story any more engaging either. However, the revelation that Neal is the prosecutor grilling Andy does add some much-needed drama. The characters and characterization, in general, have been quite up to the mark. Each and every character has been sketched believably, albeit slowly.

Moving on, the small-town feel is maintained too. For instance, in a few shots, the episode shows how news of Jacob’s arrest spreads in the close-knit community. The cinematography is quite effective as well. The town of Newton feels like a living, breathing community because of that, making ‘Defending Jacob’ slightly atmospheric. Yet, the show misses a big bang: something that compels viewers to be glued to their seats. So far, Evans has been the only reason keeping viewers engaged, despite the first two episodes having ended on a twist.

This brings us to the last point: Patz having and deleting photos of Rifkin from his phone. This twist does not have the intended impact: of a large brick being thrown on the viewer’s head. Instead, it just ends up making the tale more predictable.