‘Demon Slayer: Kimetsu no Yaiba‘ season 2 episode 15 starts with Tanjirou desperately searching for a safe place for Nezuko away from harms’ way. Once he has ensured that she is safe, he returns to join Tengen Uzui to fight Gyutaro and Daki. Unfortunately, by the time he joins the Sound Hashira along with Zenistu and Inosuke, the Demon Slayer is seriously injured but somehow still manages to be in a good spirit. As soon as Daki tries to attack the four of them, Zenitsu forces her to fight away from her brother on the rooftop. He is joined by Inosuke while Tengen and Tanjirou face Gyutaro. Here is everything you need to know about the ending of ‘Demon Slayer: Kimetsu no Yaiba’ season 2, episode 15. SPOILERS AHEAD!!!

Following the explosion, Gyutaro and Daki emerge from the wreckage unscathed, looking just as strong as they have ever been. However, by that time, Tengen Uzui had sustained several injuries all over his body but appeared to be in a good spirit. Gyutaro is surprised by the strength and courage of the Sound Hashira and praises his adversary by calling him the chosen one. He also mentions that the poison that entered his body from all the cuts that he has sustained so far, any other Demon Slayer would have started struggling by now, but Tengen shows no signs of weakness. 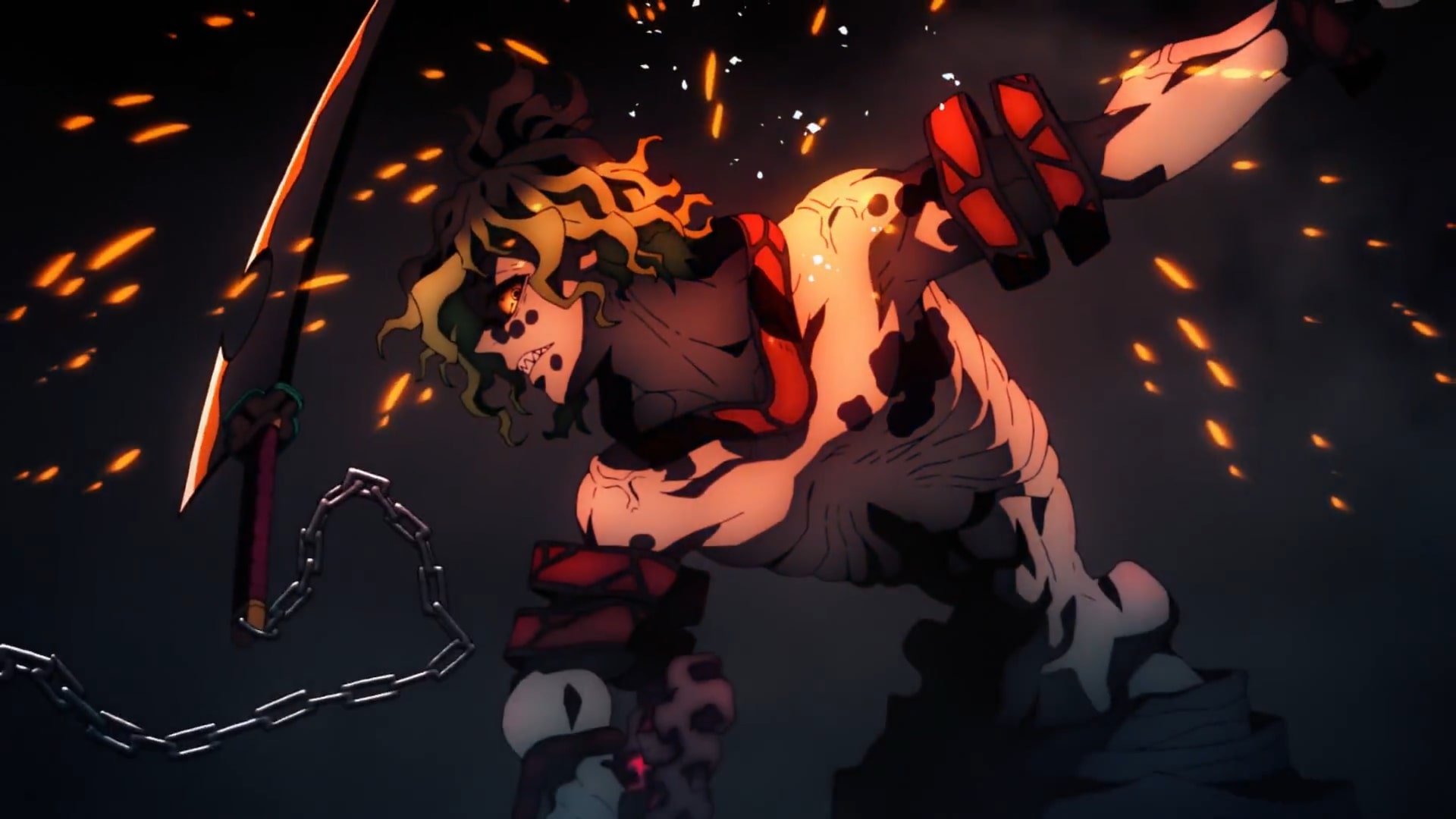 The Sound Hashira explains that he is a shinobi, and his clan has become immune to all kinds of poison from a long time ago. He does not like being called the chosen one, as some of his companions took merely a few days to become a Hashira while he struggled and worked hard for a long time to become a Demon Slayer worthy of joining the supremely talented fighters. However, while they are having a conversation in the middle of the fight, Gyutaro realizes that Tengen is not immune to the poison but has merely slowed down its effects, so their victory is just a matter of time.

But to his surprise, the Sound Hashira has a lot of fight left in him as he suddenly attacks the brother and sister duo. He manages to slit Daki’s neck again but fails to decapitate Gyutaro. The Upper Rank Six Demons are shocked by Tengen’s inner strength and courage despite the adversity that he is facing. Luckily, Tanjirou, Inosuke, and Zenitsu all arrive to assist him in his fight against the dangerous demons. When Daki tries to attack Tengen, Zenitsu forces her to fight him instead. While Inosuke joins him on the rooftop, Tengen and heavily injured Tanjirou prepare to fight Gyutaro. 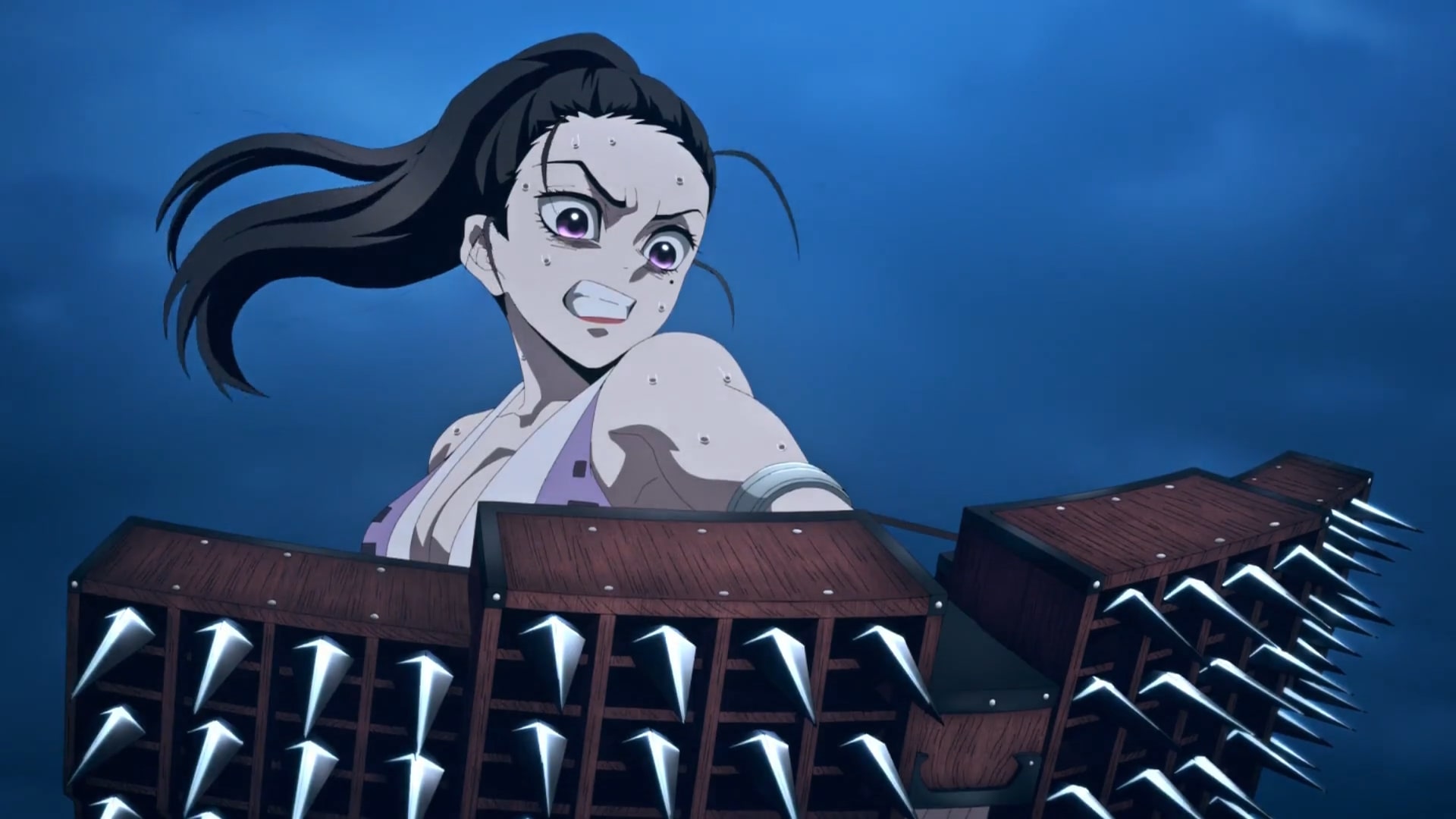 With their backs against the wall, the Upper Rank Six demons finally show their true powers, and it becomes evident to the Demon Slayers that they are not fighting an ordinary enemy. The Sound Hashira realizes that Tanjirou will not be able to fight for long as his injuries are severe. As the two are fighting Gyutaro, Hinatsuru suddenly shows up on one of the rooftops and launches several blades laced with the extraction of Wisteria towards the demon. One of them strikes the demon’s neck, and as he is momentarily distracted, he suddenly realizes that Tanjirou’s blade is about to decapitate him.

Demon Slayer: Kimetsu no Yaiba Season 2 Episode 15 Ending: How Does Daki Survive Despite Being Decapitated Twice by Tengen Uzui?

Fans of the dark-fantasy series probably already know by now that the demons can die after being exposed to sunlight. However, the other way to get the job done is by decapitating the demons using Nichirin Blades. But by now, some of the Twelve Kizuki have come up with innovative ways to avoid their death in this fashion.

In Natagumo Mountain Arc, Rui decapitates himself when Tanjirou is about to behead him, which turns out to be a life-saving trick for the demon. Something similar happens in the Mugen Train Arc when Enmu fuses her body with the locomotive rendering the direct beheading of her physical body ineffective and meaningless. So, even though decapitating the demons using Nichirin Blades works, the higher-ranked demons can always come up with some innovative method to trick their enemies.

In Daki’s case, the same is true as she along with her brother Gyutaro holds the Upper-Rank Six. Interestingly, not only are their ranks shared, but their lives are also intertwined with each other. So, even though Tengen beheads Daki, she does not die because her brother is still alive, and as long as one of them lives, the two demons cannot die.

Is Gyutaro Dead or Alive?

No, Gyutaro does not die in ‘Demon Slayer: Kimetsu no Yaiba’ season 2 episode 15 titled ‘Gathering.’ We see Tanjirou on the verge of slitting his throat when the episode ends. However, before that, he is also hit with a blade laced with Wisteria extraction making his survival even more difficult. As of now, there are two possibilities, Tanjirou manages to behead the demon, or Gyutaro somehow stops him in his tracks by some means. 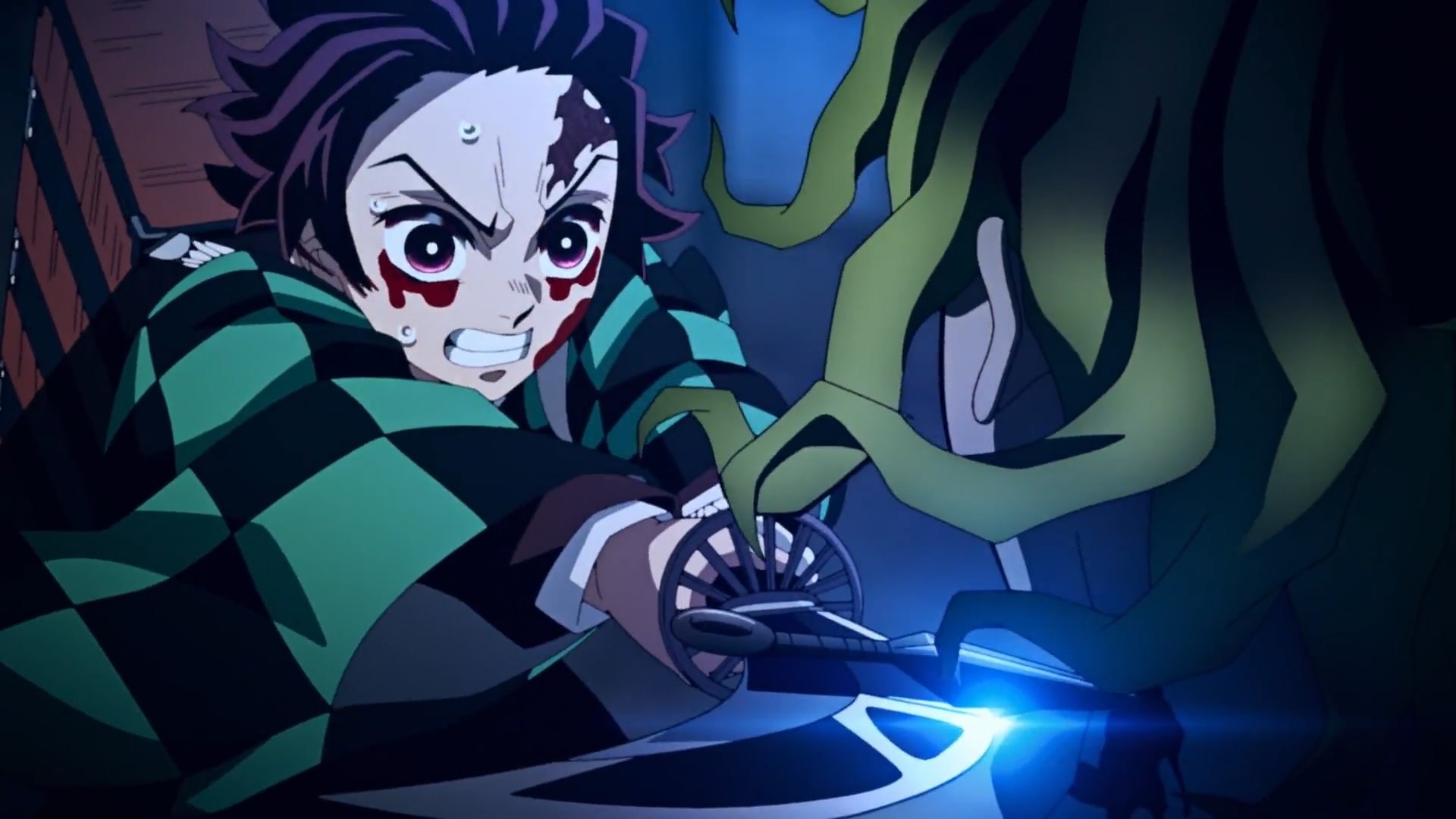 In the second case, the survival of the demon is guaranteed, so let’s just assume that Tanjirou beheads him. Unfortunately, even in that case, Gyutaro probably won’t die. The episode gives an important clue when Tengen tells his companions that the only way to kill the brother-sister duo is by beheading them both at the same time.

Since Zenitsu and Inosuke are in no position to simultaneously slit Daki’s throat just when Gyutaro is decapitated, the survival of the demon is almost guaranteed. The Wisteria laced blade may slow the demon down just like poisoned Sound Hashira is struggling a bit, but it won’t be fatal for him. However, if we are to look at the eponymous manga, it is very clearly mentioned that the Upper-Rank Six Demon duo have a rough road ahead of themselves. So, even though Gyutaro will survive, for now, he has a bleak future ahead of himself.