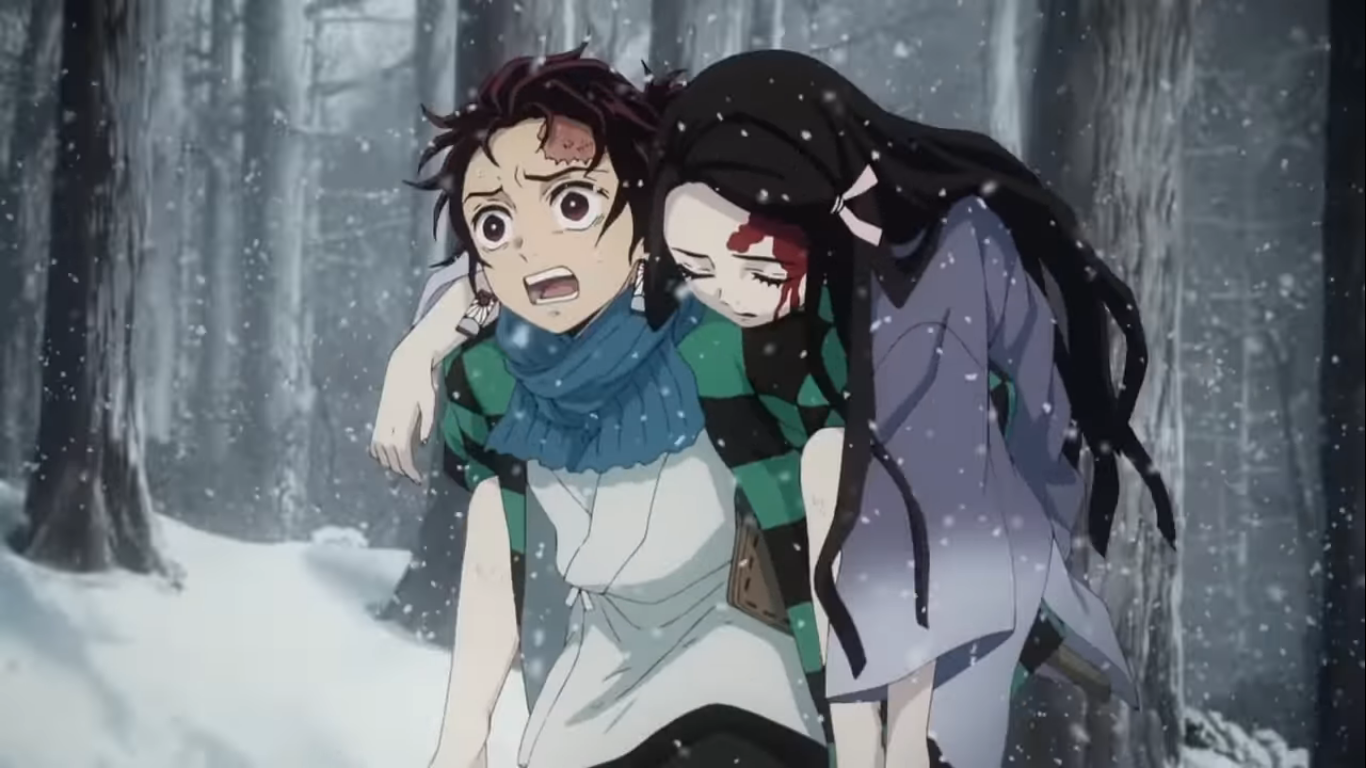 ‘Demon Slayer: Kimetsu no Yaiba’ is the perfect blend of a tale of revenge and a mystical backdrop, making it a cult favorite amongst anime lovers. It revolves around Tanjiro Kamado and his younger sister, Nezuko. Tanjiro is initially shown to be a kind-hearted and intelligent boy who also becomes the sole bread-winner for his family after his father’s death. His and Nezuko’s lives turn upside down when their family is attacked and slaughtered by a demon, while Nezuko herself is transformed into a demon. Despite the transformation, Nezuko somehow retains the human capacity to perceive and express emotions and thoughts.

Following the tragic incident, Tanjiro is recruited into the Demon Slayer Corps, where he trains to acquire the skills to become a demon slayer. Once his training commences, Tanjiro also sets his mind to avenge his family’s death and help his sister turn human again. The anime represents the classic tale of good versus evil through a beautifully crafted plot, which leaves us wanting more. We have compiled a list of similar anime that you’ll appreciate if you love ‘Demon Slayer.’ Most of these series like ‘Demon Slayer: Kimetsu no Yaiba’ are available on Netflix, Amazon Prime, Funimation, Hulu, and Crunchyroll. 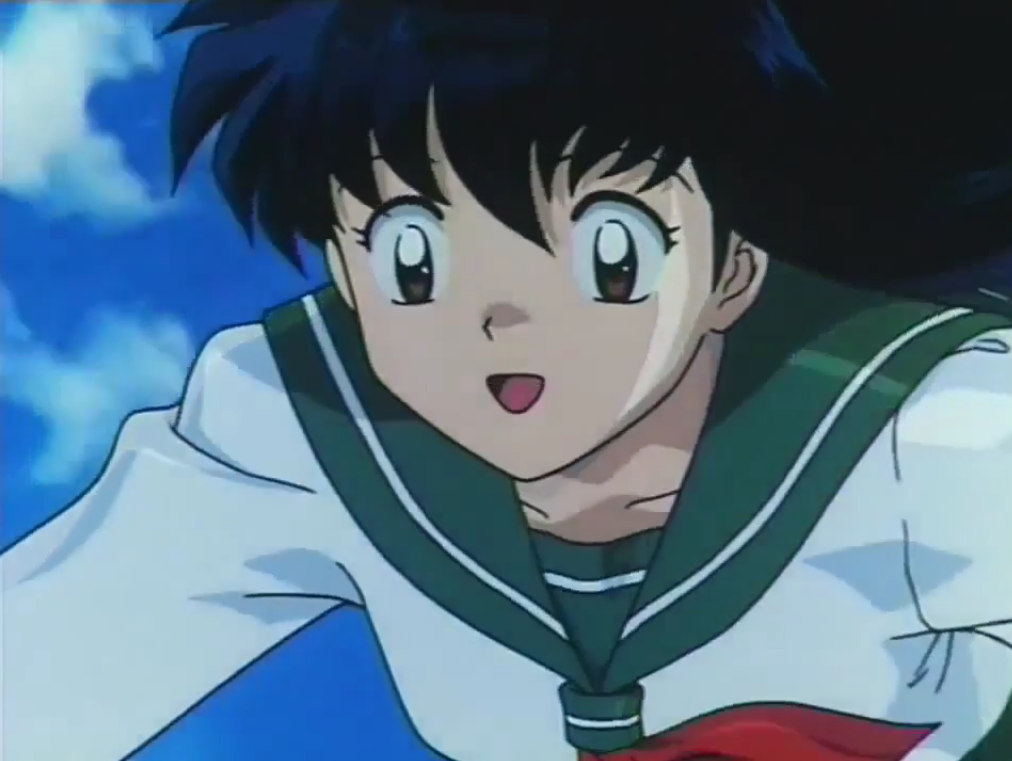 An adaptation of an award-winning manga of the same name, ‘Inuyasha’ follows a 15-year-old girl named Kagome Higurashi. When Kagome falls into the cursed well of her family’s shrine, she is transported through time to 500 years in the past instead of hitting the bottom. Unlike the ordinary life she leaves behind, Kagome now has to fight against a demon who wants a jewel hidden inside her body.

She seeks the help of half-demon Inuyasha and some other friends to keep the demon away from the gem, which has shattered, and the fragments dispersed across several locations. Like ‘Demon Slayer: Kimetsu no Yaiba,’ the story of ‘Inuyasha’ is also one with demon slayers and a demon-human hybrid, teaming up to defeat the forces of evil. Both Kagome and Tanjiro are devoted to their loved ones and will go to any lengths to protect them. 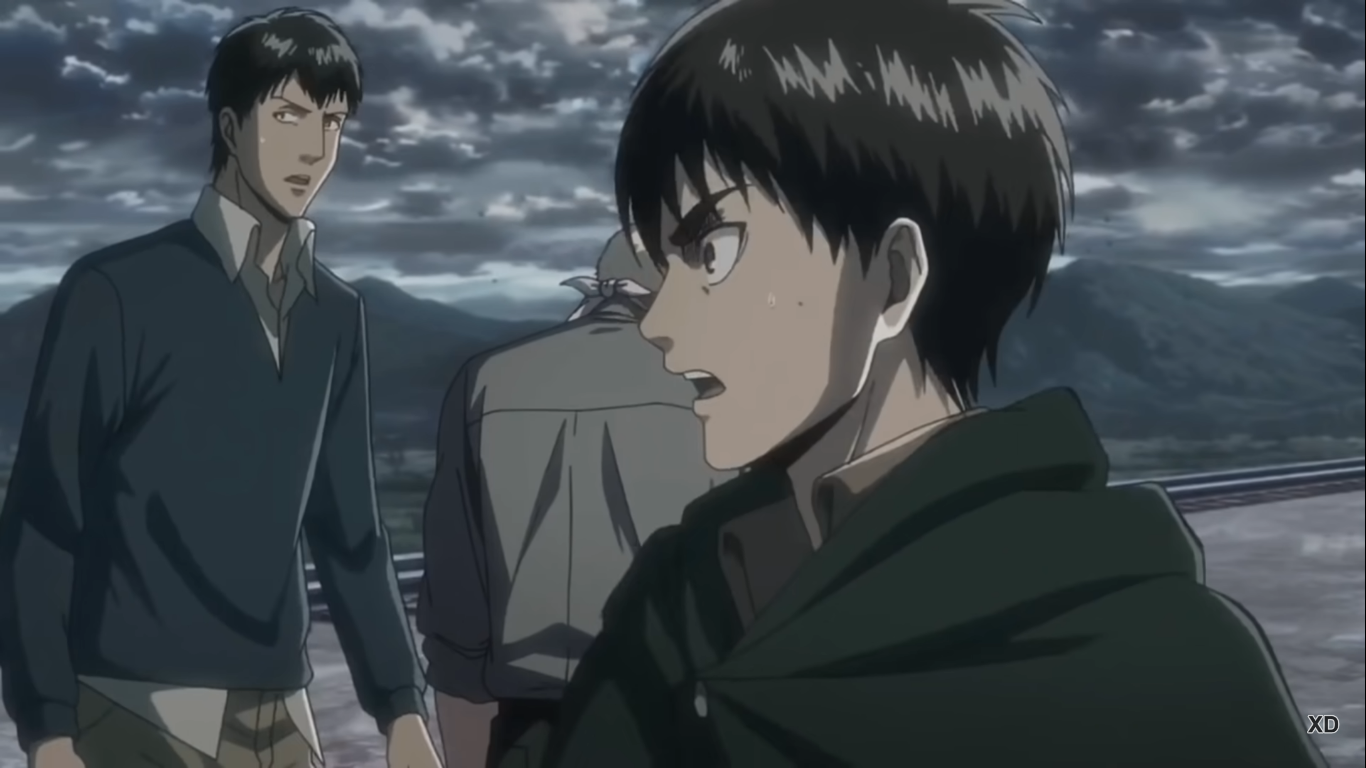 The critically acclaimed and award-winning manga adaptation, ‘Attack on Titan’ (known in Japanese as ‘Shingeki no Kyojin’), is set in an alternate universe where giant humanoid creatures called Titans continue to wreak havoc and plague the world by consuming human beings. Three youngsters – Eren Jeager, Mikasa Ackerman, and Armin Arlert – enlist with the Survey Corps after their families are killed in the attack. As the three friends train with the elite group of militants engaged in killing Titans, Eren discovers he possesses extraordinary power.

‘Attack on Titan’ might seem to be different from ‘Demon Slayer: Kimetsu no Yaiba,’ but the underlying narrative of both anime are more similar than contrasting. For example, the protagonists in both the anime train with an experienced group to fight against a common enemy responsible for destroying their families. Moreover, pivotal characters in both the series, Eren and Nezuko, are not wholly human. 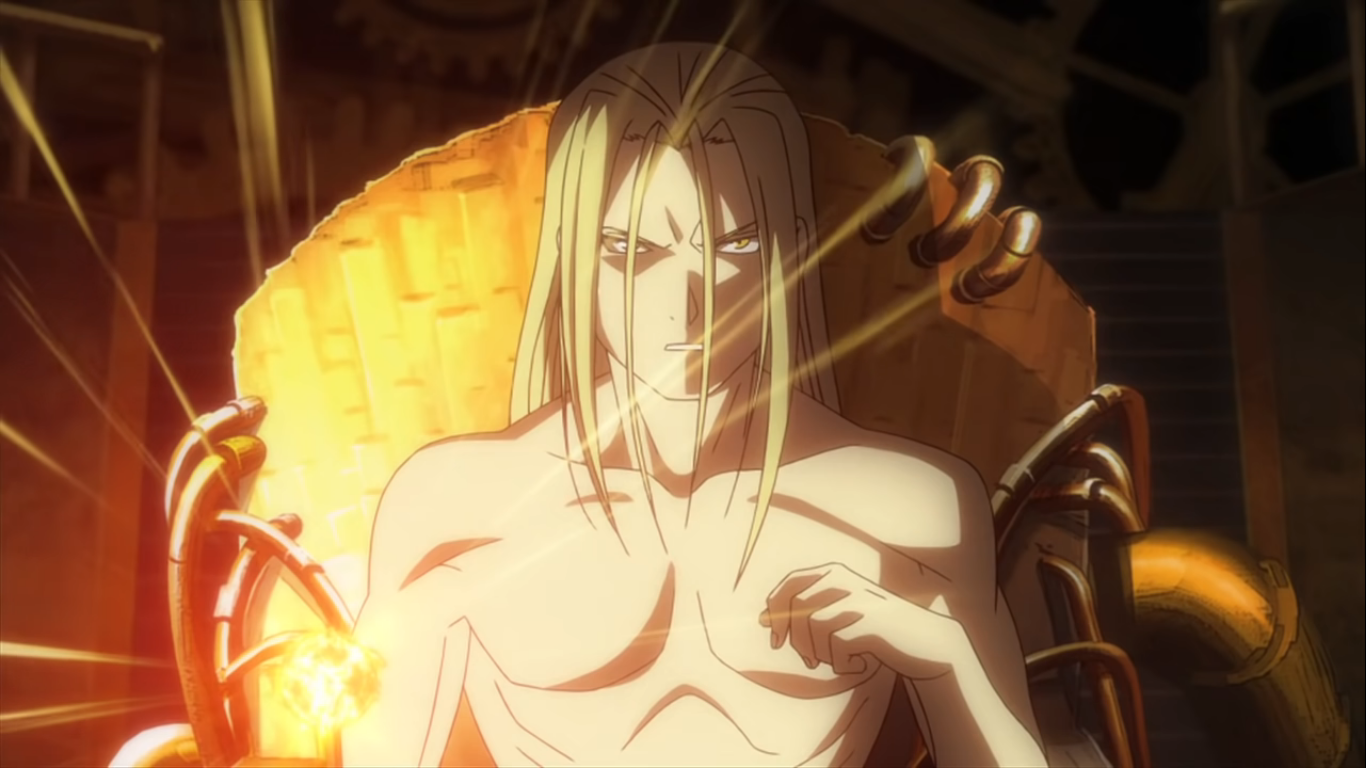 Spanning across 64 episodes, ‘Fullmetal Alchemist: Brotherhood’ centers around two alchemist brothers, Edward and Alphonse Elric, who perform a ritual to bring their dead mother to life. In the process, Alphonse loses the entirety of his body while Edward loses a hand. The brothers embark on a quest to enhance their alchemy knowledge to restore their bodies. But the pursuit is riddled with hurdles, including a deep government conspiracy and homunculi, artificial humans formed via alchemy.

Just like ‘Demon Slayer: Kimetsu no Yaiba,’ ‘Fullmetal Alchemist: Brotherhood’ has a sibling pair with tragic pasts, with one of the siblings not being in their pure human forms while the other sibling is dedicated to helping them. The theme of good vs. evil persists in both the anime as the siblings fight against dangerous enemies using their skills and knowledge. 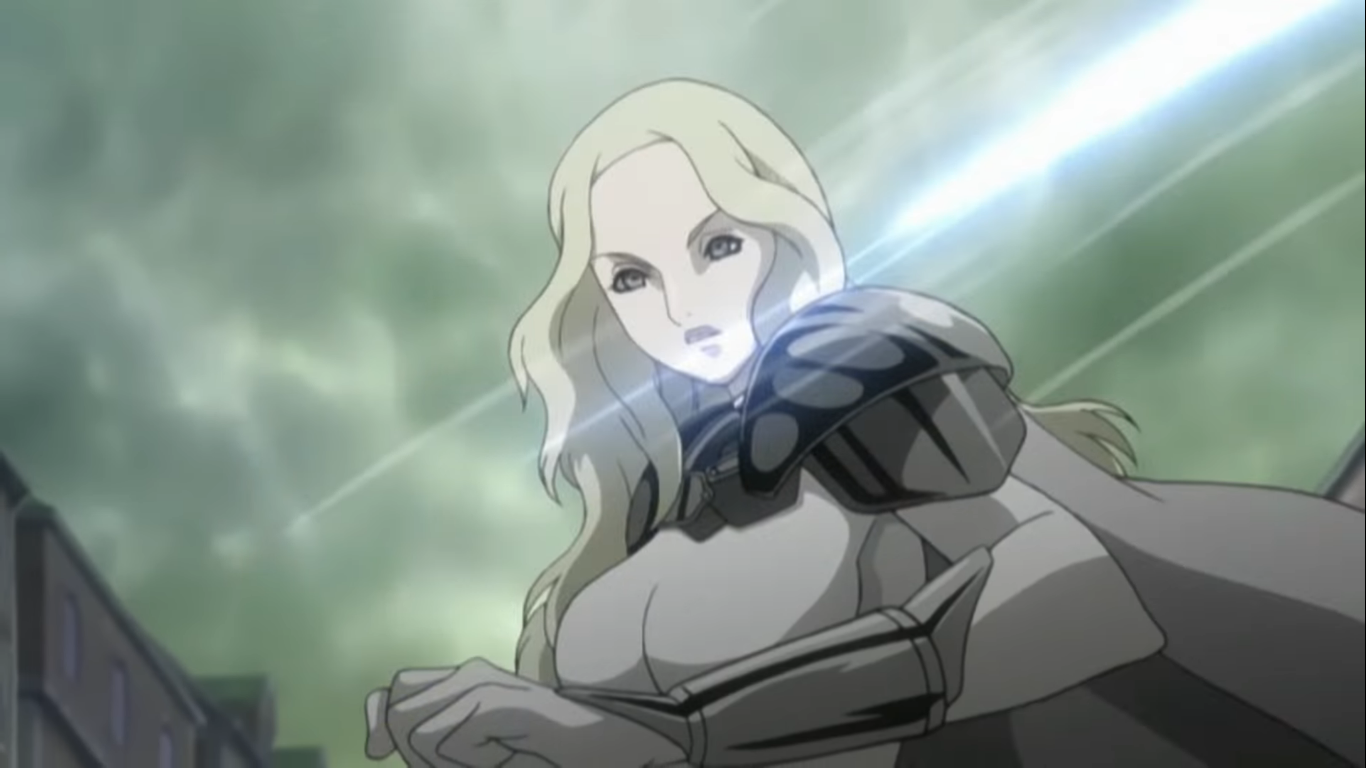 ‘Claymore’ is set on a medieval island where the human population is under constant attacks from Yoma, humanoid shape-shifting demons that devour humans. A group called The Organization has developed a strategy to kill these demons. The group creates human-Yoma hybrids called Claymore, who work for a certain fee to kill Yoma. Clare, a Claymore, is dispatched to the village of a young boy named Raki, where a Yoma has wreaked havoc and killed Raki’s entire family.

Raki then follows Clare, traveling from town to town after she saves his life from the Yoma and he is banished from the village. The primary similarity between ‘Claymore’ and ‘Demon Slayer: Kimetsu no Yaiba’ is the storyline chronicling the fight of the human world against demons ravaging the people’s existence. Here too, we have human-demon hybrids and fierce warrior protagonists. 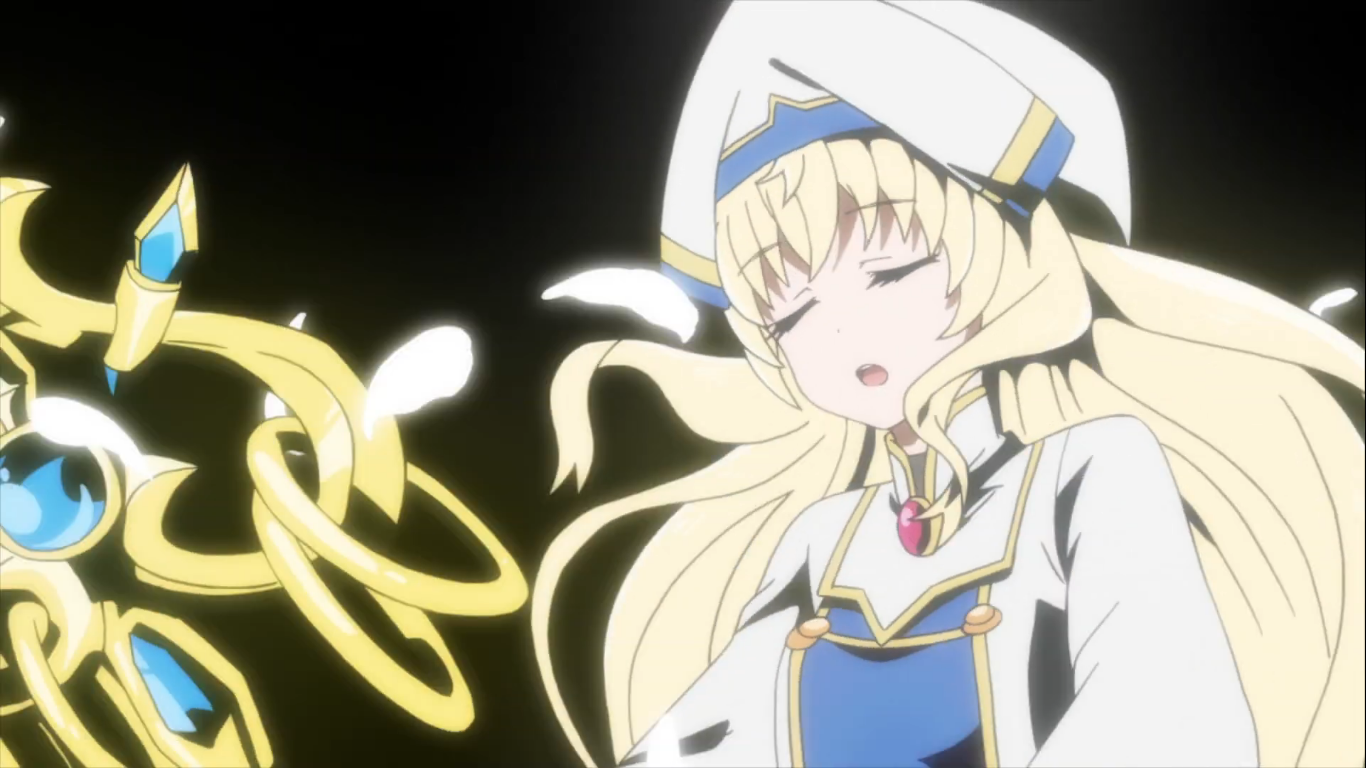 While in ‘Demon Slayer: Kimetsu no Yaiba,’ the evil entities are demons, in ‘Goblin Slayer,’ the entities are goblins. The anime has faced plenty of controversy concerning the gory depictions of death and sexual assault in the first episode, leading Crunchyroll to apologize and place a content warning on all subsequent episodes as well. The anime built in a fantasy world portrays the efforts of the protagonist, the Goblin Slayer, who is on a mission to eradicate all goblins from the face of the world. Evidently, the two anime are not so different after all. 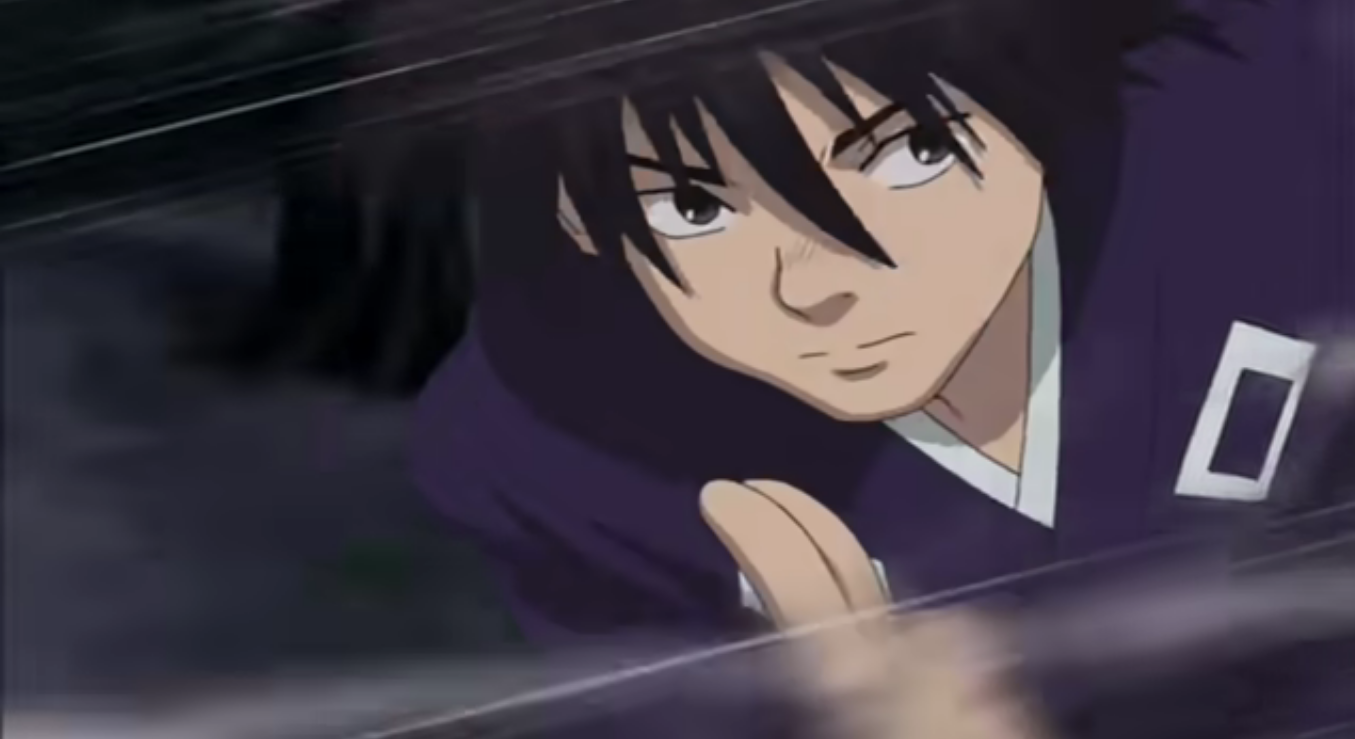 Similar to the Demon Slayer Corps in ‘Demon Slayer: Kimetsu no Yaiba,’ the Kekkaishi in the anime ‘Kekkaishi’ are burdened with one main objective: to obliterate demons who are called the Ayakashi. The storyline describes the adventures of Kekkaishis Yoshimori Sumimura and his childhood friend and neighbor, Tokine Yukimura, as they destroy the evil creatures breaching the human realm from time to time. The two friends are also the Hazama clan’s heirs and have supernatural abilities like their ancestors, which they harness to kill the demons. Like Tanjiro has an emotional anchor in Nezuko in ‘Demon Slayer,’ Yoshimori and Tokine are each other’s emotional tethers. 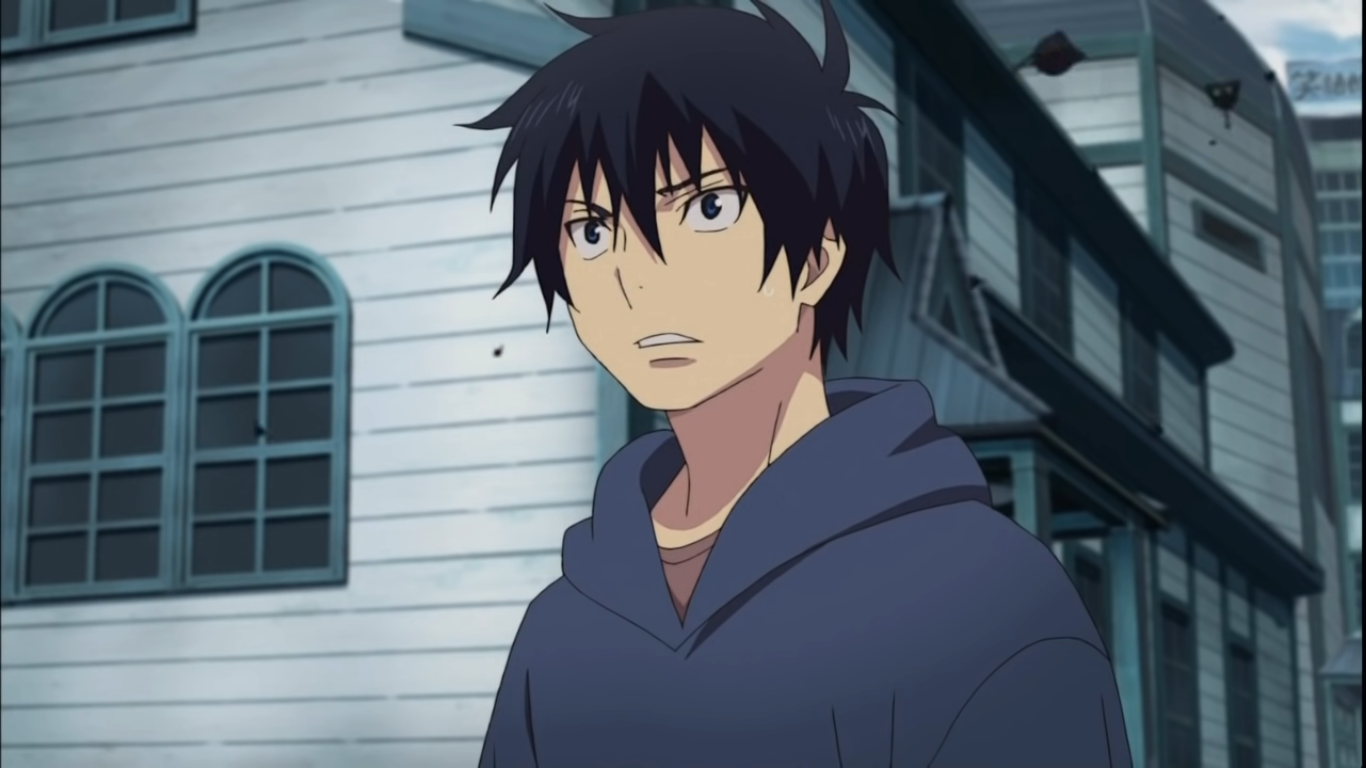 ‘Blue Exorcist’ also narrates a tale of revenge within a world of demons and magic, just like ‘Demon Slayer: Kimetsu no Yaiba.’ What sets ‘Blue Exorcist’ apart is the origin story of the protagonist Rin Okumura, who discovers he is the son of Satan. Following the death of the man who has raised him, Rin pledges to become an exorcist, like his guardian was, to defeat Satan. He enrolls in an exorcist cram school called True Cross Academy. And just like Tanjiro, Rin goes on a journey of learning and vengeance. This anime also hinges on the sibling bond as Rin has a twin brother – Yukio – and they form one another’s support-system, just like Tanjiro and Nezuko.