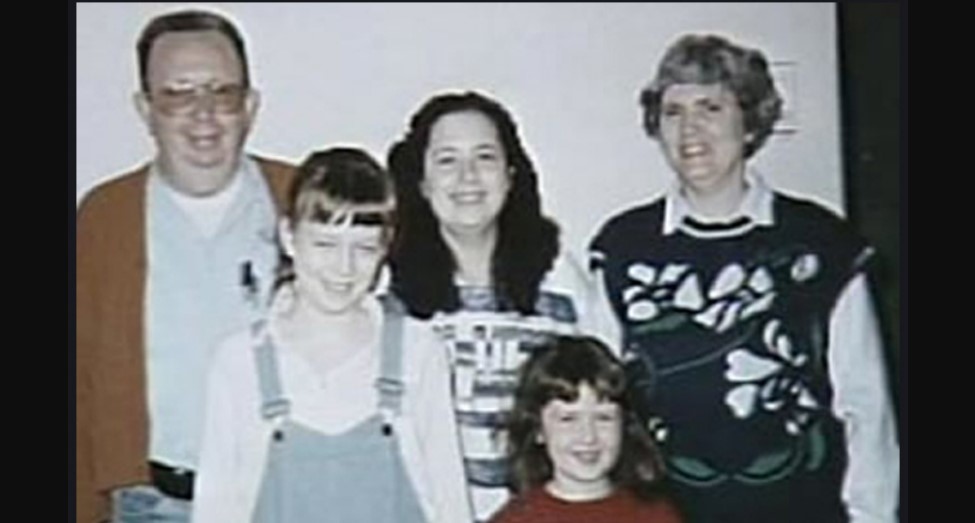 A chilling sequence of events that occurred one day in April 1989 was uncovered months later, leading to shock and horror all around. The Avery family, consisting of Dennis and Cheryl and their three daughters, were murdered in a grave, with everything pointing to a cult-connected killing. Netflix’s ‘Devil in Ohio’ is based on these very slayings, with the leader Jeffrey Lundgren eventually being sent to prison with other cult members. So, if you’re wondering what really happened, we’ve got you covered.

How Did the Avery Family Die?

49-year-old Dennis and 46-year-old Cheryl Avery lived in Independence, Missouri, with their three daughters, Trina (15), Rebecca (13), and Karen (7). The couple was hardworking and religious, with great dedication to God. In the spring of 1987, the family left Missouri to follow the teachings of Jeffrey Lundgren, a self-proclaimed teacher who conducted religious classes, talking about his interpretation of the Scriptures.

In January 1990, the authorities acted on a tip and began digging at a barn in Kirtland, Ohio. To their shock, they found Dennis, Cheryl, and the three kids’ dead bodies buried there. Dennis was shot twice in the back, while Cheryl suffered three gunshot wounds in her torso. While Trina and Karen were shot in the head, Rebecca was shot in the thigh and back. All five appeared to be bound with duct tape, and the murder weapon was a .45-caliber handgun.

Who Killed the Avery Family?

The authorities’ tip led them to Jeffrey Lundgren, the religious teacher with a questionable past. Jeffrey was also from Missouri and raised in the Reorganized Church of Jesus Christ of Latter Day Saints (RLDS). He married Alice, whom he met at college, and then served in the Navy. After an honorable discharge in 1974, Jeffrey worked odd jobs until they moved to Kirtland in 1984. There, he served as a senior temple guide.

However, Jeffrey was soon fired for stealing about $25,000 to $40,000 in temple funds and was also dismissed from his position as the lay minister of the RLDS. Soon after, he began gaining a large following based on his teachings. Jeffrey knew the scripture well, and court documents indicated that he followed a different way to interpret the message by looking for recurring patterns.

Once Jeffrey was fired, his family and followers rented a farmhouse in Kirtland. While he taught his classes, the followers contributed financially to cover expenses. Over time, Jeffrey claimed to talk to God and, at one point, said that they had to take over the temple in Kirtland by force to reach Zion and for Jesus Christ to return. The followers took paramilitary training, and Jeffrey collected weapons and ammunition. While the group planned the takeover in May 1988, it didn’t happen.

Then, by 1989, Jeffrey claimed that they could only reach Zion by retreating into the wilderness after giving up worldly possessions. By then, the Averys were also planning to follow Jeffrey. However, the investigation revealed that Jeffrey didn’t like the Averys. He felt Dennis was weak and Cheryl was controlling, in addition to thinking that the children weren’t obedient.

Furthermore, Jeffrey told his other followers that the Avery family had to be sacrificed for the rest of them to reach Zion. So, the plan was put in motion in April 1989. At the barn, Jeffrey asked some of the members to dig a pit. He also told Cheryl to write to her family that they were all moving to Wyoming. Then, the Averys were invited to a dinner party on April 17, 1989.

The authorities learned of the events from that night through Larry Keith Johnson, a former member. Larry’s wife, Kathryn, was picked by Jeffrey. She was to become Jeffrey’s second wife, and that angered Larry. So, he went to the police in December 1989, and the bodies were discovered in January 1990. They learned that Jeffrey killed the Averys one by one, with other cult members helping.

The plan involved cult member Ron Luff bringing out the family members one after the other, starting with Dennis. Then, Richard Brand and Danny Kraft were to bind them with duct tape and place them in the pit, with Jeffrey executing them. While Greg Winship ran the chainsaw to mask the gunshots’ sound, Damon, Jeffrey’s son, acted as the lookout. Some others were assigned to distract the rest of the Avery family members.

That night, Jeffrey calmly executed Dennis, Cheryl, and the three kids, one after the other. The group then covered the bodies with lime and dirt, leaving the area after the murders. Soon after the police found the bodies, Jeffrey was arrested and charged with the murders, with the others also being arrested for their involvement. During his trial in 1990, Jeffrey maintained he could talk to God, adding, “It’s not a figment of my imagination that I can in fact talk to God, that I can hear his voice. I am a prophet of God. I am even more than a prophet.”

How Did Jeffrey Lundgren Die?

In all, thirteen cult members were charged in the case, including Alice and Damon, who received life terms for their involvement. Jeffrey was convicted of five counts each of aggravated murder and kidnapping, ultimately being sentenced to death. He was executed by lethal injection on October 24, 2006, at around 10:26 PM at the Southern Ohio Correctional Facility in Lucasville, Scioto County. Jeffrey was 56 years old at the time and said in his final statement, “I profess my love for God, my family, for my children, for Kathy (his wife). I am because you are.”