How Much Money Do the Derricos Earn? What Are the Expenses? 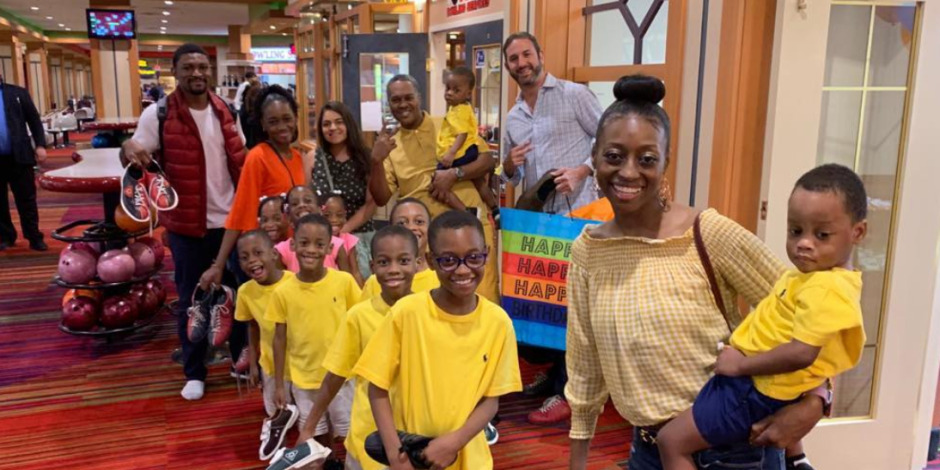 TLC has garnered a separate fanbase by producing thoroughly entertaining supersized family-based reality shows under its banner. And the latest addition to its family-centered programming slate, ‘Doubling Down with the Derricos’ is no different when it comes to churning out a shedload of parenting drama and lighthearted entertainment, courtesy of the Derrico family of multiple multiples, i.e., fourteen children, comprising a set of triplets, quintuplets and two sets of twins. In case you are wondering how do the parents keep the household running when there are so many mouths to feed? We have got your back!

How Much Money Do the Derricos Earn?

Karen and Deon Derrico have been married for over a decade. Their first-born Darian was born in 2006 followed by Derrick in 2011. A year later, Karen gave birth to twin brothers Dallas and Denver. Their life changed in September 2013, when they welcomed a set of quintuplets – Deniko, Dariz, Deonee, Daician, and Daiten – into their lives. As they bagged the headlines, Karen and Deon were approached by over 10 production companies for a reality show.

Unfortunately, a tragedy struck the Derricos household in 2014, when Deon got embroiled into a bogus criminal case of property theft and real estate fraud filed against him by the State of Nevada. After enduring the mental suffering and pain for years, on Aril 28, 2018, Deon was acquitted of 16 felony counts and was found not guilty by the court of law. Once his path was clear, the producers of TLC approached the Derrico family and they jumped upon the opportunity.

Since the birth of the quints, Karen has become a full-time stay-at-home mother and spends most of her time looking after the kids, along with her mother-in-law, Marian Derrico. Over the years, Deon has amassed enough credibility and experience in the real estate business which helps him land lucrative deals to provide for his family of sixteen. Sometimes when the family goes out to dine or have fun, a few generous locals offer to pay for their expenses and the couple express their gratitude for the treats. Also, now that the family has their own television show, Deon might be able to heave a sigh of relief as far as the financial load is concerned. Considering the growing real estate profile and a high visibility reality TV show to boot, we won’t be surprised if Deon Derrico’s net worth is close to $ 1 million.

What Are the Expenses at the Derricos Household?

Back in 2013, real estate investor Deon Derrico said to NYPost, “To go from four for nine, that’s a level of preparation that requires you be a billionaire. But whatever has to be done to take care of my children, I’m going to do it.” And he did it, not only for the nine kids but also for the additional five – a set of twins and triplets – that followed the quints.

When the kids were young, the duo had to arrange for 40 bottles of milk and change over 100 diapers per day. As the kids began growing up, new financial requirements began to pop up. Except for the triplets and a set of twins, the 9 kids go to school. Apart from that, they also have a house mortgage to take care of. To make the best of the space in their four-bedroom, 2,400-square-foot home, the Derricos have assembled bunk beds for the kids.

As far as the groceries are concerned, the mother of 14 revealed that they spend easily around $2,500-$3,500 a month on groceries. Additionally, they go through 15 boxes of frozen waffles, 20 rolls of toilet paper, and 18 loads of laundry per week. With more children, comes more financial responsibility and it looks like the Derricos are crushing it. (Featured Image Courtesy: Deon Derrico/Instagram)

Read More How Did Karen Derrico Conceive So Many Children?