Is Derek Hough Married? Who is His Girlfriend? 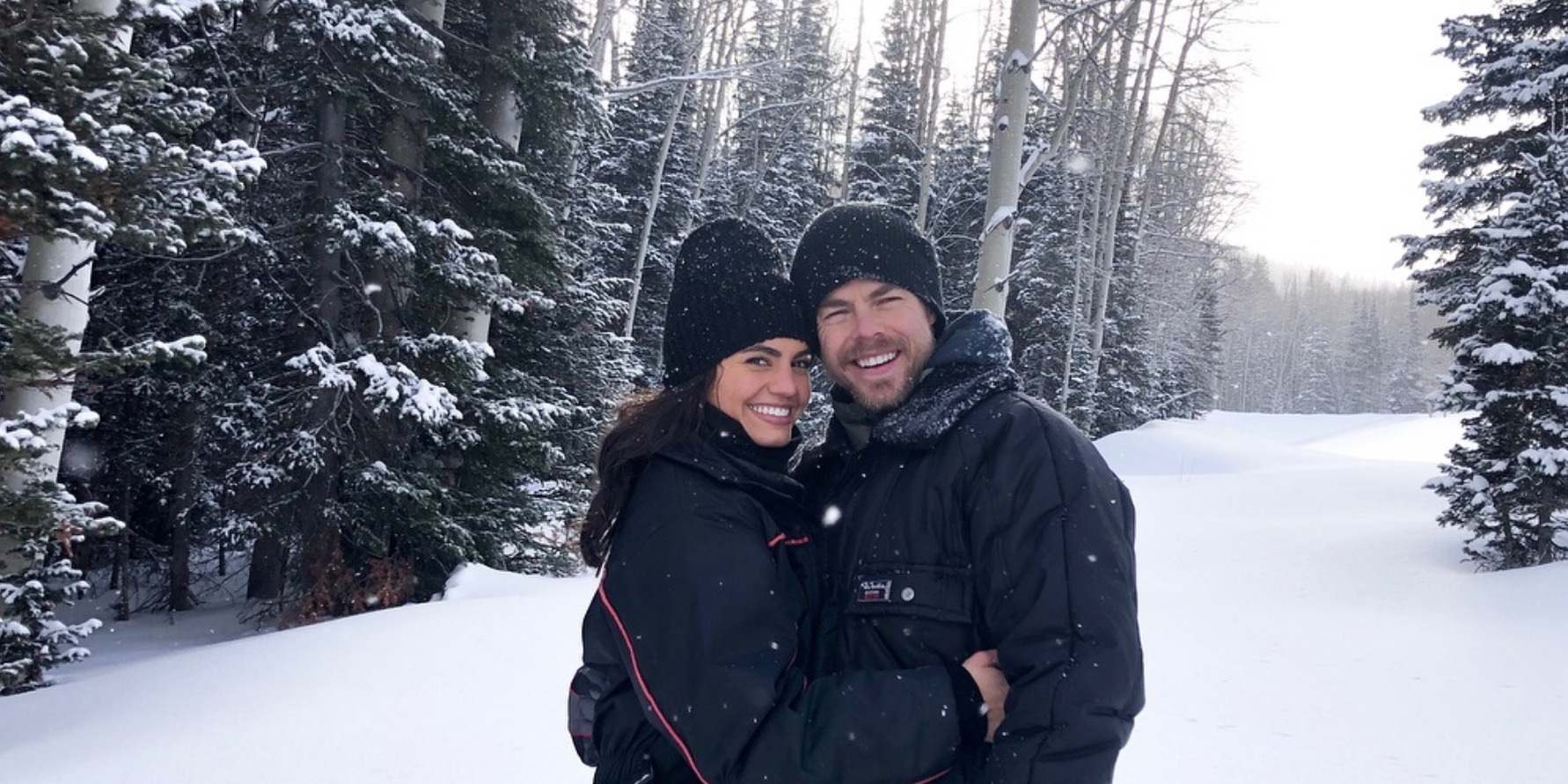 Derek Hough is not only a gifted dancer but a professional choreographer who has achieved a lot at a young age. Starting his dance training at the age of 12, Derek Hough has put years of hard work into his craft and carried on with sheer determination. Having practiced the song, theater, gymnastics, and many forms of dance, including jazz, ballet, and tap, Derek finally polished himself as a Latin and Ballroom dancer.

‘Dancing with the Stars’ gave him a platform to showcase his talent to the entire world and the opportunity gave a boost to his career. He is the only star to have won the dazzling Mirrorball Trophy six times since his appearance in its fifth season. Now he is all set to judge season 29 of the reality show. Naturally, all the success makes one wonder: Has Derek Hough been shot by the Cupid’s arrow yet? Let’s find out!

The electrifying dance moves definitely run through Derek’s family genes. His grandparents were all performers and even his parents met while on a ballroom dancing team during their college days. His sisters Sharee, Marabeth, Katherine, and Julianne are all accomplished artists like him. Interestingly, Julianne Hough is as famous as Derek and has also been a pro and two-time winner at the DWTS stage.

Sadly, his love life started on a slightly less exciting note. After making serious commitments to Nina Dobrev, Shannon Elizabeth, Cheryl Cole, and India De Beaufort, he suffered multiple heart-breaks at the hands of his former lovers. Despite that, Derek has maintained dignified friendships with them all. He finally met the love of his life on the very stage he planned to never come back to. Thankfully, he got to keep his lady and also make an independent career path for himself.

The pro dancer found love the same year he won DWTS for the sixth time. As a stroke of luck, his now-girlfriend Hayley Erbert grabbed the attention of a producer while she was on a tour ‘Move Live!’ with Derek and his sister, Julianne Hough in 2014. He, fortunately, got a chance to spend a lot of time with Hayley in 2015 after she had been hired as a member of its troupe for season 21. During the same year, they competed in separate reality series but came together on the famous American dancing show’s ‘Live’ to gracefully gyrate on the tunes of ‘Thinking Out Loud’ by Ed Sheeran. The audience could see the sparks flying all around them but the two did not admit to seeing each other as yet.

Initially, they credited the great on-screen chemistry purely to their skills, but around 2016, Derek and Hayley began posting adorable pictures together. They have been in a relationship ever since and have celebrated all the big days, including birthday, Christmas, and New Year as a couple. Derek had made it very clear that he wants to get married only once in his life and so he does not want to rush into anything. In fact, both of them are on the same page about this. Thus, no wedding bells are ringing in the near future and they definitely do not wish to become parents any time soon.

Both of them are insanely talented dancers and choreographers who have luckily quarantined under the same roof. There are high chances of a couple cracking under the pressure of constantly being around one another but it looks like Derek and Hayley had great fun doing so. They spent their time cooking, swimming, and of course grooving together!