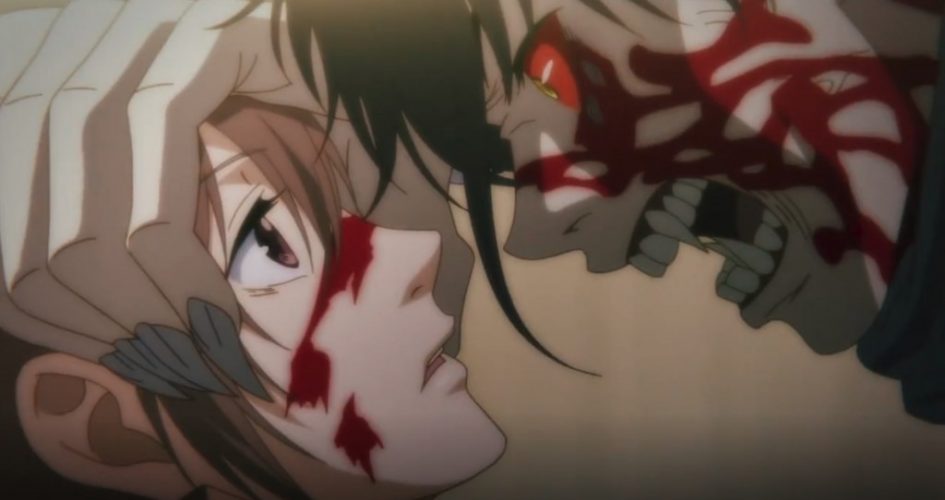 Devils’ Line (also known as Debiruzu Rain in Japanese) is a dark fantasy anime television series which is based on a manga series of the same name. Written and illustrated by Ryou Hanada, the manga series was first published on March 22, 2013 and new chapters are being published even to this day. Half a decade after the initial publication of the manga series, a Japanese anime studio called Platinum Vision announced plans to adapt it into an anime television series and Season 1 of Devils’ Line made its way to viewers’ screens on April 7, 2018. While it wasn’t a major hit, it still managed to impress fans of the manga series and some new viewers, and since then, fans of the show have been waiting to hear news on a second season. Here’s everything you need to know about the prospects of Season 2 thus far.

Devils’ Line Season 2 Release Date: When will it premiere?

Devils’ Line season 1 premiered on April 7, 2018 and ran for 12 episodes till June 23 of the same year. A couple of months after the conclusion of Season 1, Platinum Vision also released an original video animation (OVA) special episode titled Devils’ Line: Anytime Anywhere, much to the delight of fans. However, since then, there has been no word on the future of the show and it remains unclear whether Devils’ Line will see a second season being made.

That being said, if you’re hoping for a second season, there’s no reason to get worried just yet. Anime shows sometimes take several years to renew and hence, there’s plenty of time left for Platinum Vision to announce a renewal. Further, since new chapters of the manga series are still being published, and Season 1 only adapted a few of the 60+ chapters in the manga series, there’s definitely no dearth of source material for a second season. Given these facts, we think that there’s a decent chance of Devils’ Line being renewed for a second season. However, the anime industry is not a very predictable one and nothing can be said for certain till Platinum Vision makes an announcement on the future of the show. We’re keeping our ears open for news on Devils Line season 2 release date and we’ll update this section as soon as we hear something reliable.

You can stream ‘Devils’ Line’ on HiDive, Netflix, and Hulu.

Devils’ Line is a dark fantasy show and has a storyline involving vampires (also called devils) who live among humans, blending in with the human population.

In particular, it follows a half-human, half-vampire named Yuuki Anzai who works as a member of a shadowy police force called Division 5 which investigates vampire-related crimes in the city. Yuuki’s life, however, takes a dramatic turn when he rescues a human college student called Tsukasa Taira from a vampire attack, and takes her into his protection. While Yuuki is not a pure-blood vampire, he yearns for blood like other vampires, but has a strict rule of never drinking human blood.

As Yuuki forges a bond with Tsukasa, his rule of never drinking human blood is put to the test as he strives to control himself from becoming a monster and wreaking havoc on the entire city.

Yuuki Anzai: The male protagonist of the show, Yuuki is a vampire-human hybrid who works as a police officer for a special force called Division 5, which was constituted to investigate vampire-related crimes and apprehend guilty vampires. In spite of not being a pure-blood vampire, Yuuki still yearns for human blood and despises the vampire inside him and all vampires in general. He is also shown to be skeptical about the coexistence of humans and vampires and thinks that such an arrangement is bound to be harmful for human society in the long run. As far as Yuuki’s personality is concerned, he comes across as a mysterious man shrouded in mystery. However, he is shown to have a very strong sense of justice and often goes out of his way to help those in need. In one of his outings, he saves a human college girl named Tsukasa Taira from a vampire attack and takes her into his protection. This marks a dramatic change in Yuuki’s life and he starts to despise the vampire in himself even more. Over the course of the show, Yuuki also starts dating Tsukasa and is forced to evaluate his relationship with her in light of his hybrid ancestry.

Tsukasa Taira: The female protagonist of the show, Tsukasa is a first-year student at Keio University, where she studies Humanities and Geography. The only child of her parents, Tsukasa had a nice childhood and grew up to be a kind-hearted and caring young woman. When Yuuki rescues her from a vampire attack, Tsukasa falls in love with him almost at first sight, and over the course of the show, the two get into a relationship. In spite of the difficulties of maintaining a relationship with a half-human, half-vampire, Tsukasa remains determined to work things out with Yuuki. As far as Tsukasa’s personality is concerned, she is shown to be a gentle, caring, and kind-hearted person and is accepting of people in general, be it humans of vampires. She is also shown to be quick-witted and funny, but is rather slow to understand when other people like her.