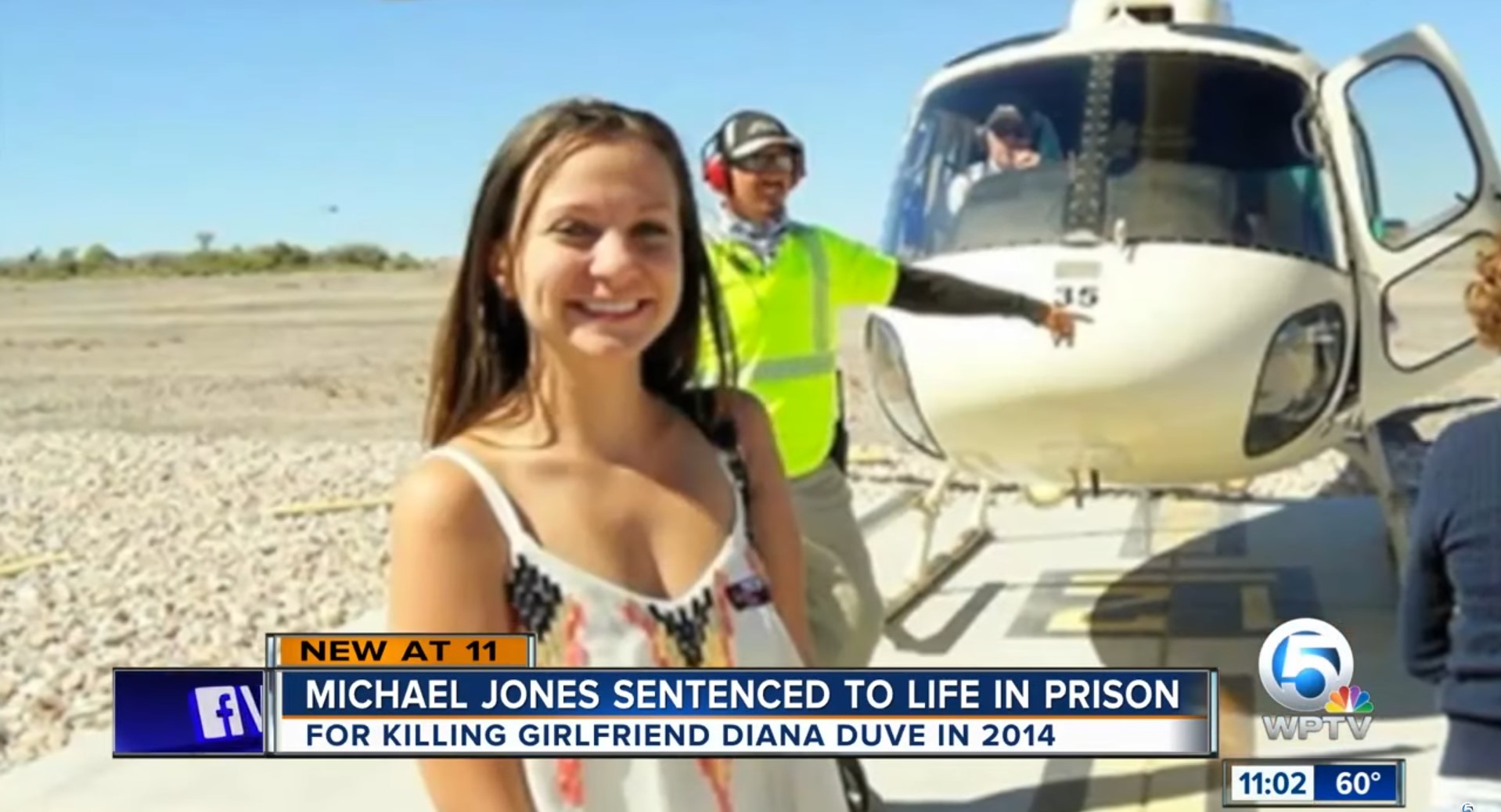 Diana Duve was last seen on June 20, 2014, with her ex-boyfriend, Michael Jones, at the What-A-Tavern restaurant at Royal Palm Pointe, Vero Beach, Florida. In a strange set of circumstances, the couple vanished into thin air moments after leaving the restaurant. Diana’s family immediately informed the police when she didn’t come home that night, and on investigating, the police found that even the couple’s cars were missing.

This strange and peculiar missing person case soon turned into homicide when the police located Diana’s car in Melbourne and discovered her body to be in the vehicle’s trunk. Investigation Discovery’s ‘True Conviction: Heinous, Atrocious and Cruel’ essays this horrifying murder and shows how the police investigation brought the perpetrator to light. Let’s find out more about this case and where the murderer is today, shall we?

How Did Diana Duve Die?

Diana Duve was employed at the Sebastian River Medical Centre as a nurse. She lived with her parents in Vero Beach, Florida, and was a much-loved member of her family. It has also been reported that just before she went missing, she broke up with her then-boyfriend, Michael Jones. On June 20, 2014, Diana and Michael were spotted leaving the Vero Beach restaurant, What-A-Tavern, at about 1:15 am. 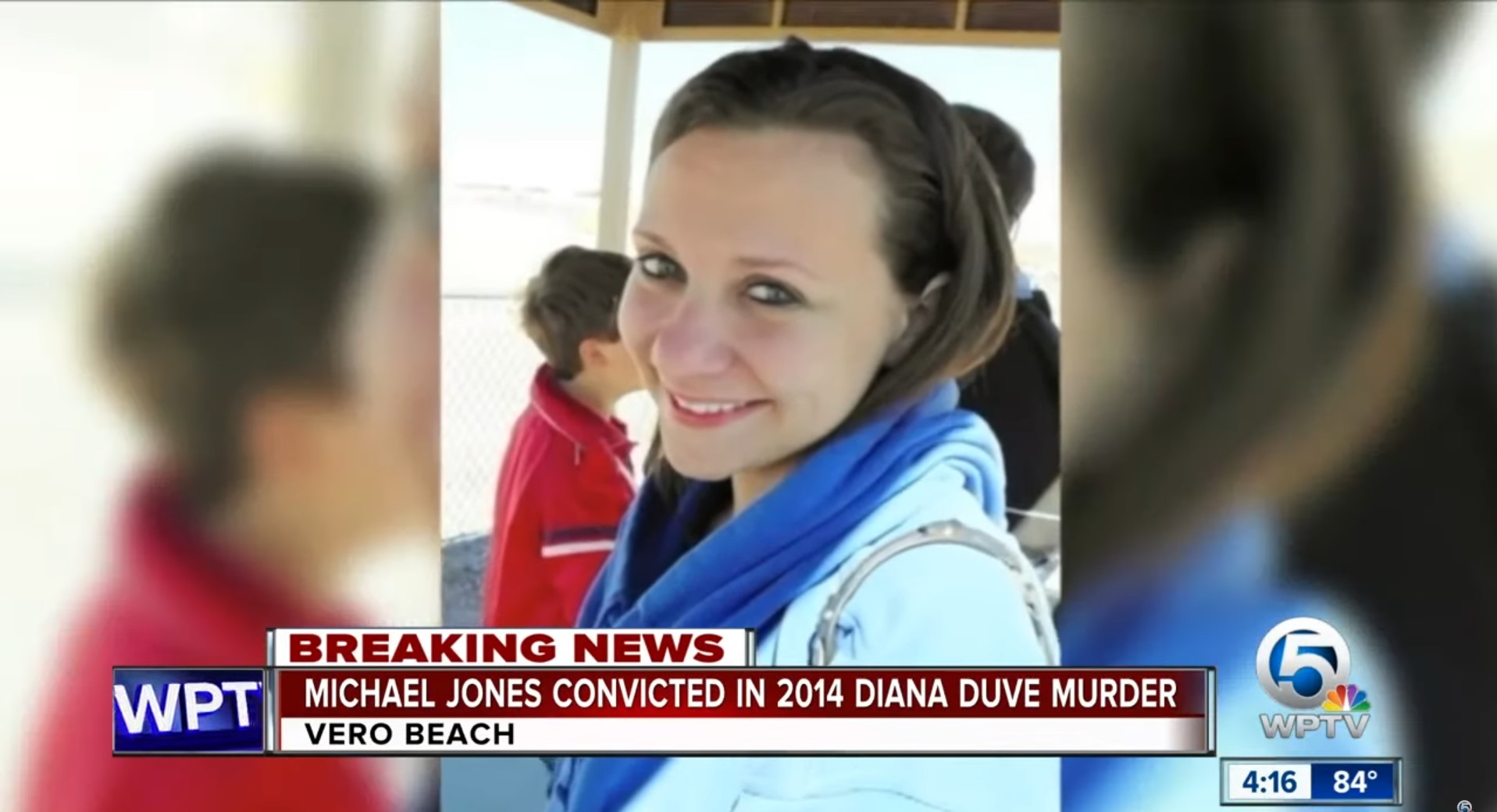 At 1:45 am, Diana’s parents received a text that said she would not be returning home. Concerned that Diana has never left unannounced before, her family contacted the police once Diana did not return home on Friday night. Furthermore, the employees at the medical center where Diana worked also got anxious when she did not turn up for work. They immediately reported her disappearance to the police as well. When the police started investigating, they discovered that not only Diana but also her ex-boyfriend Michael, along with their cars, were missing.

Determined to rescue the missing woman, the police decided to ping both Diana and Michael’s phones to find their locations. The first ping off Michael’s phone led authorities to a shopping center parking lot in Melbourne. In the parking lot off Babcock street, the police were able to locate Diana’s missing car. Upon closer investigation, the police made the gruesome discovery of Diana’s dead body stashed inside the trunk of the abandoned vehicle. The cause of death was determined to be strangling. She also suffered from blunt force injuries.

Diana’s then-boyfriend, Michael Jones, was convicted of her murder in 2019. Diana met Michael in February 2014 and had even lived together with him for some time. Reportedly, they grew apart as Michael got more and more controlling, which ultimately led to Diana breaking up with him. Michael also had a prior unrelated charge of aggravated stalking and aggravated stalking with a firearm against him. 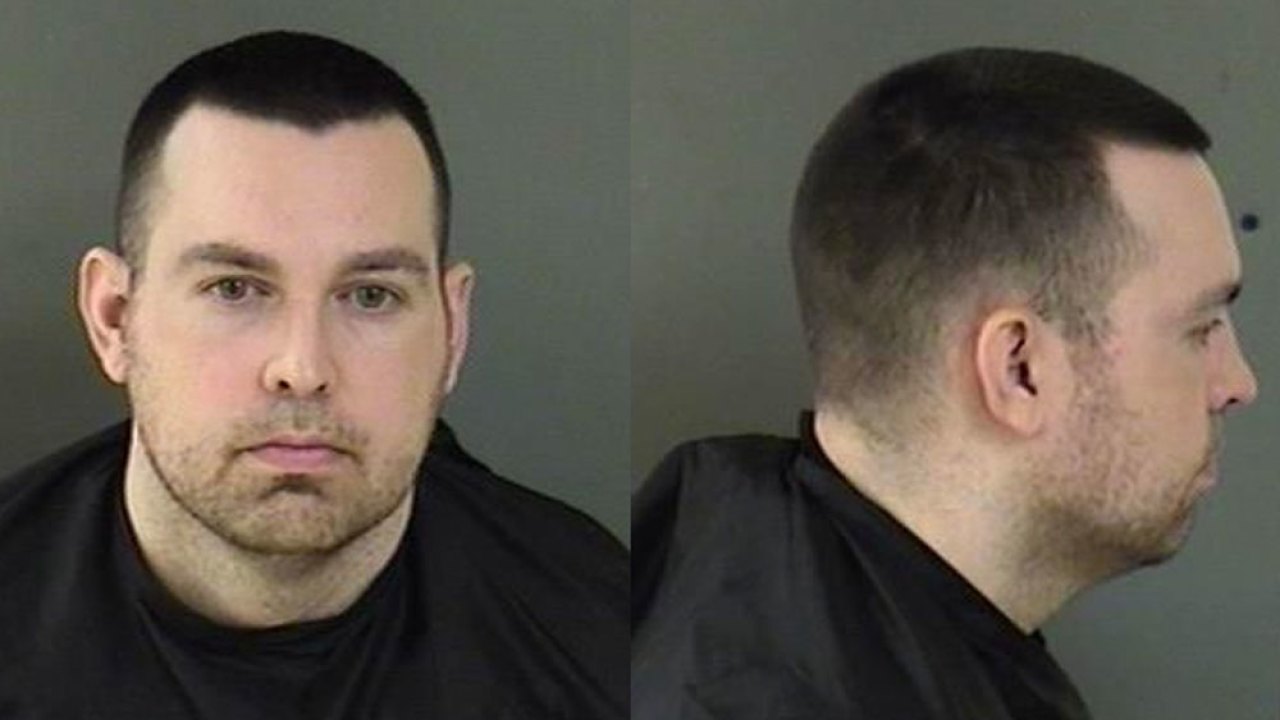 After the couple broke up, Diana moved back in with her family but shortly after, Michael located her, and the two were last seen together on June 20 at the Vero Beach restaurant. With Michael being the last person to see her alive, he immediately became a person of interest and the primary suspect in the crime. Though people at the restaurant mentioned that the couple was behaving normally, the police suspected that Michael might have had something to do with her disappearance.

When pinging Michael’s phone, the police were first led to Diana’s car and her body. The second ping off his phone led officials to a motel in Fort Pierce, where they found Michael. When the police went to question him, he showed no signs of resistance. There the police arrested him for violating probation on his aggravated stalking and aggravated stalking with a firearm charge. In the meantime, Diana’s mother contacted the police and told them that she had spoken with Michael on Friday night when her daughter did not return home. She said that when she called Michael, he said that Diana “was asleep and was tired from working (as a nurse) and couldn’t come to the phone.”

Through further investigation, the police determined that after the couple was seen leaving the restaurant in the early hours of Friday, Diana accompanied her ex-boyfriend, Michael, to his hometown. The police claimed that shortly after reaching his hometown, Michael strangled Diana and stuffed her body in the trunk of her car. When talking about the crime, Police Chief David Currey said, “This is a tragic case of dating and domestic violence by a weak, insecure, cowardly individual who felt the need to control his relationship with (her) by way of verbal and physical abuse.” In June 2014, Michael Jones was formally charged with first-degree premeditated murder.

Where Is Michael Jones Now? 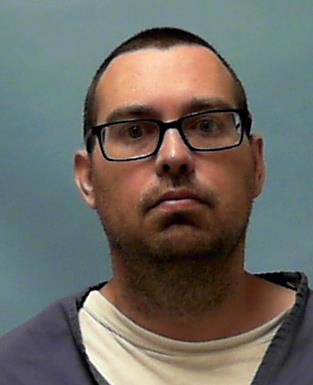 After Michael’s arrest, prosecutors and the victim’s family tried to push for the death penalty. In court, the defense argued and wanted to make it known that Michael suffered from a traumatic brain injury resulting from numerous accidents and car crashes previously. After the trial, the jury found Michael Jones guilty of the murder of Diana Duve. After deliberating for some time, the jury decided not to send Michael Jones to his death, but he was sentenced to life in prison without the possibility of parole in 2019. Presently, Michael Jones is serving his life sentence at the Walton Correctional Institution in Florida.