Diary of a Gigolo Ending, Explained: Who Killed Ana?

Created by Sebastián Ortega, Netflix’s Spanish-language mystery series ‘Diary of a Gigolo’ revolves around a high-profile gigolo named Emanuel Morillo, who gets arrested for the murder of a client. The police’s murder investigation unravels a world of male escorts, operated by a gallerist named Minou Arias. Starring Jesús Castro as Emanuel, the series progresses through the murder investigation and its consequences that rewrite the fates of the gigolo and the people he loves and cares for. Since the first season of the show ends with astounding revelations and ambiguous developments, we have attempted to decode the same. If you are interested in a detailed look at the season’s ending, let us share our thoughts! SPOILERS AHEAD.

Diary of a Gigolo Recap

‘Diary of a Gigolo’ begins with Emanuel getting arrested for the murder of his client Ana Miró Sanz, the owner of the renowned Bolonte Laboratories. Emanuel reveals to the investigators that Ana is a client and she had asked him to get close with her daughter Julia, who had been living an alienated life. Ana wanted Emanuel to make Julia experience the sensations of physical and emotional intimacy. After reading Julia’s diary, Emanuel accepted the assignment and succeeded in seducing Julia, only to really fall in love with her. Upon realizing that he had real and strong feelings for Julia, he stopped seeing Ana, which infuriated her. 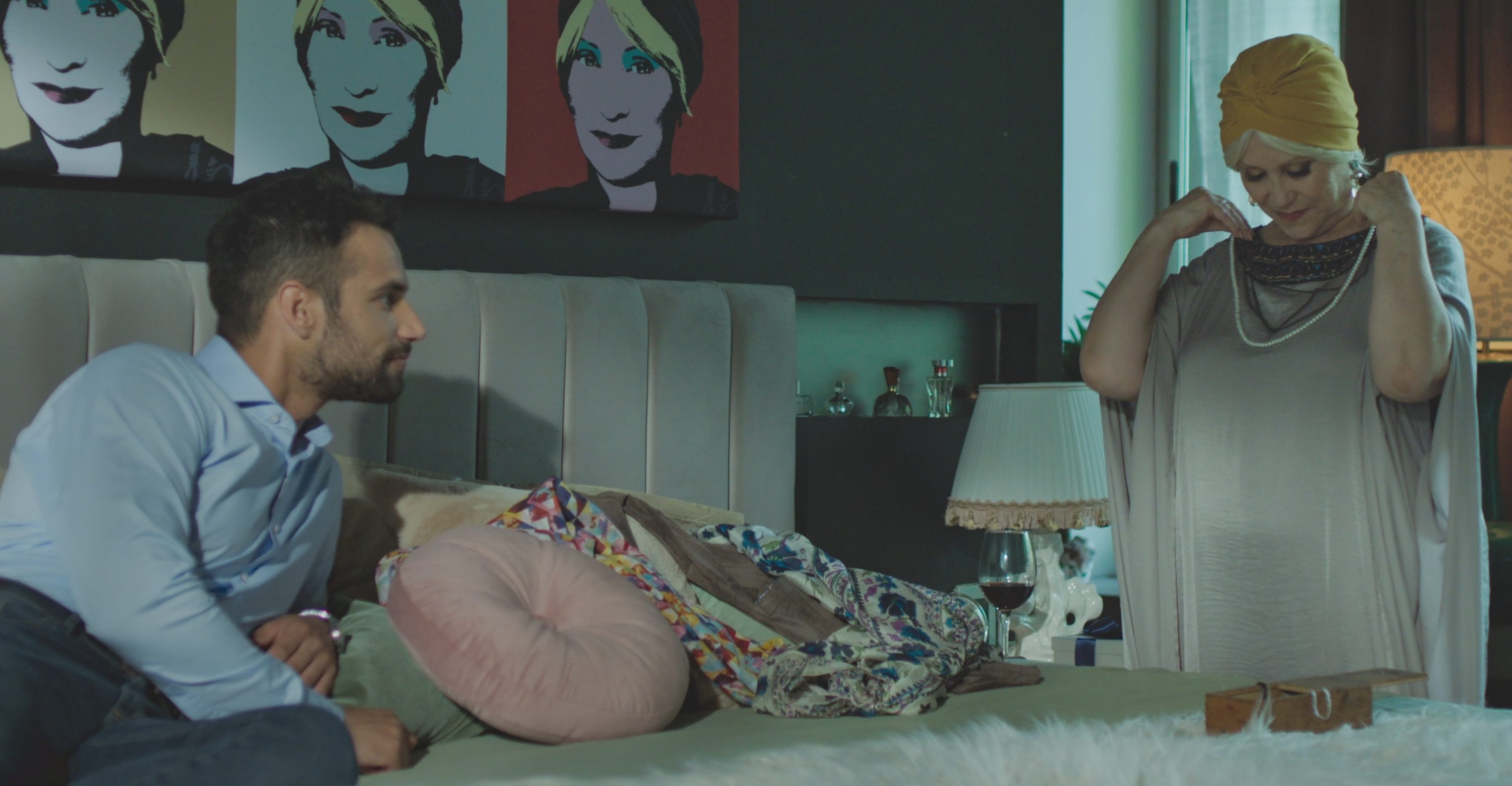 Victor, Ana’s husband and her dead ex-husband Lorenzo Bolonte’s best friend, runs the family’s Bolonte Laboratories amid several protests against the production of a drug named serolixine. Since the drug generates unignorable revenue for the company, Victor tries his best to kill the protests. Ana and Julia start to suspect whether Victor killed Lorenzo to acquire the lab and produce serolixine since Lorenzo was against the addictive drug. Ana, who starts to miss sharing intimacy with Emanuel, further stoops to distress as she starts to regret sharing her life with the murderer of her dear former husband. When Julia’s best friend dies due to consuming serolixine, she decides to replace Victor at her father’s company.

Upon nurturing feelings for Julia, Emanuel decides to put an end to his life as a gigolo. His decision infuriates Minou’s daughter Florencia, who starts to have an affair with Victor. Dolores, Ana’s best friend, reveals to Julia that Emanuel is just a gigolo paid to love her. The housemaid working at Ana and Julia’s house discovers the murder weapon that killed Ana in Victor’s car. He reveals to the investigators that Florencia had his car the night Ana was killed. When the police arrest her, Minou steps forward and confesses to killing Ana for rescuing her daughter from imprisonment.

Diary of a Gigolo Ending: Who Killed Ana?

Since Ana is found dead at Emanuel’s house, suspicions initially lead to the male escort but he manages to provide an alibi for the night she was killed. The discovery of the murder weapon inside Victor’s car leads the investigators initially to him and then to Florencia. When Minou encounters the investigators with a confession to killing Ana, she gets imprisoned and eventually convicted for the same. However, it was Julia, Ana’s daughter, who killed her. The night before Julia’s surgery, she woke up dreaming of her father Lorenzo’s death, which made her crave Emanuel’s presence. She went to his house to see him, only to encounter her mother.

Through Ana, Julia realized that Emanuel is a gigolo who has been deceiving her. After the death of Lorenzo, the only time she was able to share genuine feelings with someone was with Emanuel. She had held him closer to her heart upon believing that he will never hurt her like her mother or disappear from her life like her father. She even repeatedly asked him whether he intends to harm her, only for him to reaffirm his love for her, which made her trust him. The realization that her boyfriend has been living a life damaged the same trust, stirring uncontrollable waves of anger in her.

Julia killed Ana while expressing the same anger. Without giving any thought to what she is doing, she grabbed a sculpture and hit Ana repeatedly to release the anger that accumulated in her. However, it doesn’t mean that Ana is the victim of Julia’s rage toward Emanuel. After revealing the truth about Emanuel, Ana added to her daughter that she had to pay someone for her to be loved, which must have made Julia worthless. Her reaction, which paved the way for Ana’s death, could really be a reaction to Ana’s insensitive claim that she doesn’t deserve to be loved.

Ever since Julia had survived the accident that killed Lorenzo, Ana had started to treat her daughter differently. Rather than feeling relieved to know that her daughter survived, Ana seemingly started to think that Lorenzo should have escaped from death instead of Julia. In addition, Emanuel’s decision to choose Julia over Ana also hurt the latter, which did influence Ana to hurt Julia with her words. Thus, even though the daughter killed her mother without premeditating the same, it wasn’t entirely the result of a spontaneous reaction but also the repercussion of Ana’s contemptible way of playing with Julia’s life and emotions.

Do Emanuel and Julia Break Up or End Up Together?

The discovery of Ana’s dead body and Emanuel’s arrest pave the way for his and Julia’s separation. Still, they reunite after one year as Julia succeeds in forgiving her former lover upon experiencing the sincerity of his love for her. They make love despite the tensions between them as Julia can feel how much Emanuel loves her irrespective of her disappearance from his life. Although these factors pave the way for their reunion and togetherness, Emanuel’s discovery of the real truth behind Ana’s death is expected to change the fate of their relationship.

Emanuel doesn’t value anyone more than Minou in his life since the woman helped him build his life. She taught him the job that made him rich and offered him the environment that enabled him to stay away from the troubles of the streets. The realization that the same woman is in prison at her old age for a crime Julia committed may not be easy for Emanuel to confront. If that’s the case, he may consider separating from Julia so that he won’t need to share his life with the person who indirectly pushed his “mother” to misery.

The future of Emanuel and Julia’s togetherness heavily depends upon how well the former can confront Julia’s revelation that she killed Ana. If his feelings towards his mother succeed in the battle against his love for Julia, their relationship may meet an end soon. However, it doesn’t necessarily mean that the couple will part ways. The only time Emanuel prioritized his life and choice over Minou’s happened when he wanted to stop being a gigolo for Julia’s case. If he manages to prioritize Julia again, despite the fact that Minou is suffering due to his girlfriend’s actions, the couple may stay together.

Is Victor Dead? Who Sets Him on Fire?

Even though Victor manages to hide his involvement in the murder of Lorenzo, the truth surfaces somehow and Julia makes sure that he will pay for the same by filing a suit against him regarding the production of serolixine. While he is in jail, a group of fellow inmates barges into his cell and tries to kill him. Victor catches fire and it is unlikely that he will survive the same, especially since he is drenched in an inflammable liquid. The same inmates must have made sure that guards are away for them to set Victor on fire to kill him.

The group that sets Victor on fire can be people hired by Julia to exact her vengeance on the murderer of her father Lorenzo. As someone who had witnessed her father dying in the same fire that caused an enormous scar on her back, it is appropriate that Julia likely wants Victor to get burnt down. Julia must have arranged the killers through the leader of the protestors, who offers her his help in return for her assistance to bring down Victor. His possible killers can even be people who had suffered due to serolixine or ones who had lost their relatives due to the same drug addiction.

If that’s the case, like Julia, they must also be exacting vengeance on Victor for harming them or their families through the drug he sold without any consideration for the people who took it.