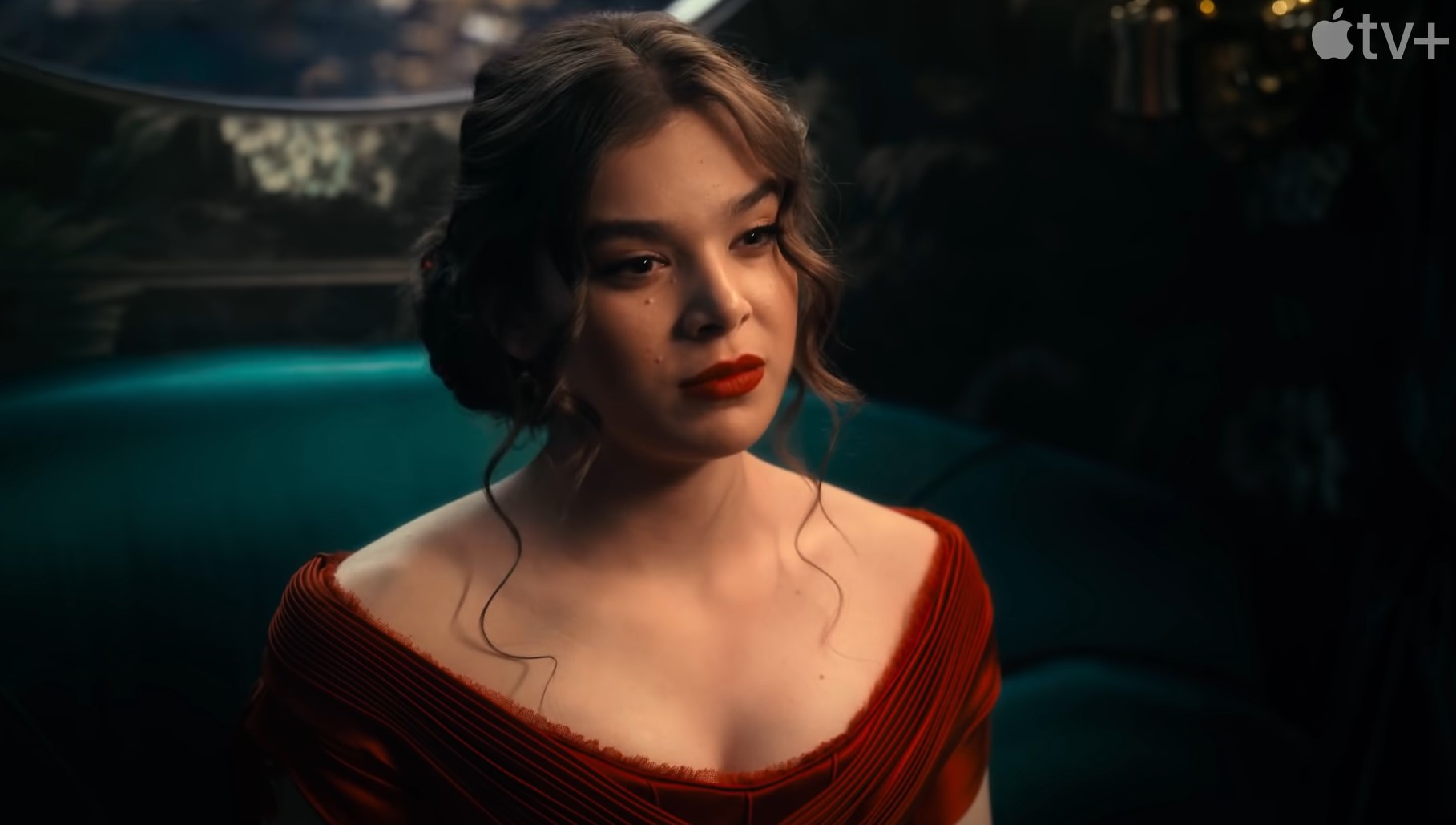 ‘Dickinson’ is a historical comedy-drama that uses a modern lens to look at Emily Dickinson, her passion for poetry, and her eccentric but loving family and friends. Created by Alena Smith for Apple TV+, the coming-of-age series set is a spunky, entertaining, and deeply socially aware exploration of Emily’s rebellious artistic process as well as her experiences in the patriarchal, restrictive, and politically polarized society of the 1850s and 1860s.

With two seasons already under its belt, the show has firmly established and continues to examine the gritty and spirited persona of Emily that we have come to love. In season 3 episode 1, we see the Dickinsons face the horrifying gloom and doom of the American Civil War. As a result, Emily finds herself approaching her poetry in a new way. If you were looking for a quick recap of the first episode of the third season of this highly acclaimed show, as well as explanations about its ending, then we’ve got you covered! Here’s everything you need to know about the recap and ending of ‘Dickinson’ season 3 episode 1. SPOILERS AHEAD.

The first episode opens with a voice-over explaining that even though Emily Dickinson is not traditionally considered a war poet due to her secluded life, it is a fact that her most productive period was during the American Civil War when she churned out a poem almost every day. We see Emily imagining herself as a soldier and experiencing the horrors of the battlefield. Later, we see that she is in her room, furiously jotting down her thoughts as poetry. In the next scene, we see the Dickinsons attending Aunt Lavinia’s funeral in Boston. Austin and Sue are conspicuously missing. Emily sees a yellow bird on the coffin, and it fills her with hope even as those around her despair. 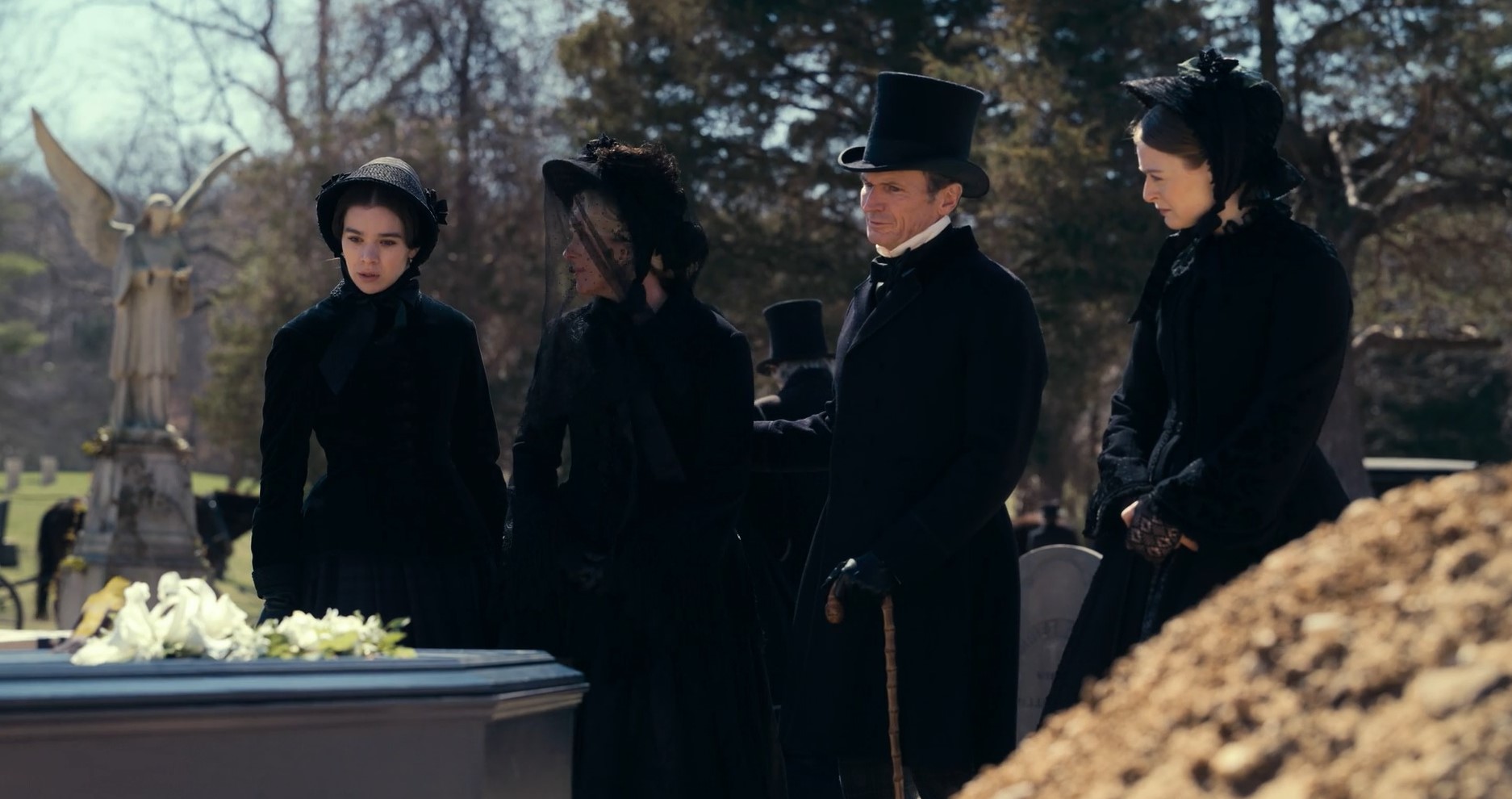 In the next moment, she sees the carriage of Death. It is revealed that Death is depressed because of the war and its repetitive ways of killing men. He asks Emily how she manages to stay inspired in spite of her uneventful life. Emily confesses that she wishes to be a source of joy and hope to those around her. She cites Death himself as her inspiration.

Back in Amherst, we find out that Sue is heavily pregnant. Emily’s father, Edward, complains about Austin’s frequent absence and worsening alcoholism. Sue and Emily talk about her pregnancy and their relationship. Sue promises to be receptive to Emily’s poems even after the birth of her child. Emily seems worried in spite of their mutually confirmed love. Later, Edward scolds Austin for his irresponsible behavior and asks him to become mature for the sake of his baby. Austin crudely comments that he’s unsure about whether the baby is his. Edward gets sudden pain in his chest and Emily rushes to check on him.

Betty comes to the Dickinson household, and Emily finds out that Henry hasn’t written in a month. At the reception held in Aunt Lavinia’s memory, Jane tells Vinnie that Joseph Lyman got killed on the battlefield. Vinnie laments the loss of all her ex-lovers. Ithamar Conkey shows up and, shockingly, proposes to Emily. She turns him down politely and Betty saves her from further awkward conversations with the old man.

Briefly, we cut away to Henry, who is secretly and determinedly traveling South. At the dinner table later that night, Edward talks to his family about the importance of seeing the good in each other during troubled times. Emily explains how Aunt Lavinia’s death made her realize her love for her family. She adds that she wishes to bring hope and joy to her loved ones.

Austin loses his cool at Emily’s kind words. He accuses his family of being “a joke” and claims that his marriage is a lie. He blames Edward for being too controlling and consequently killing the dreams of his children. Austin then confesses that he has turned to alcohol because the Dickinsons have always been and will continue to be miserable. 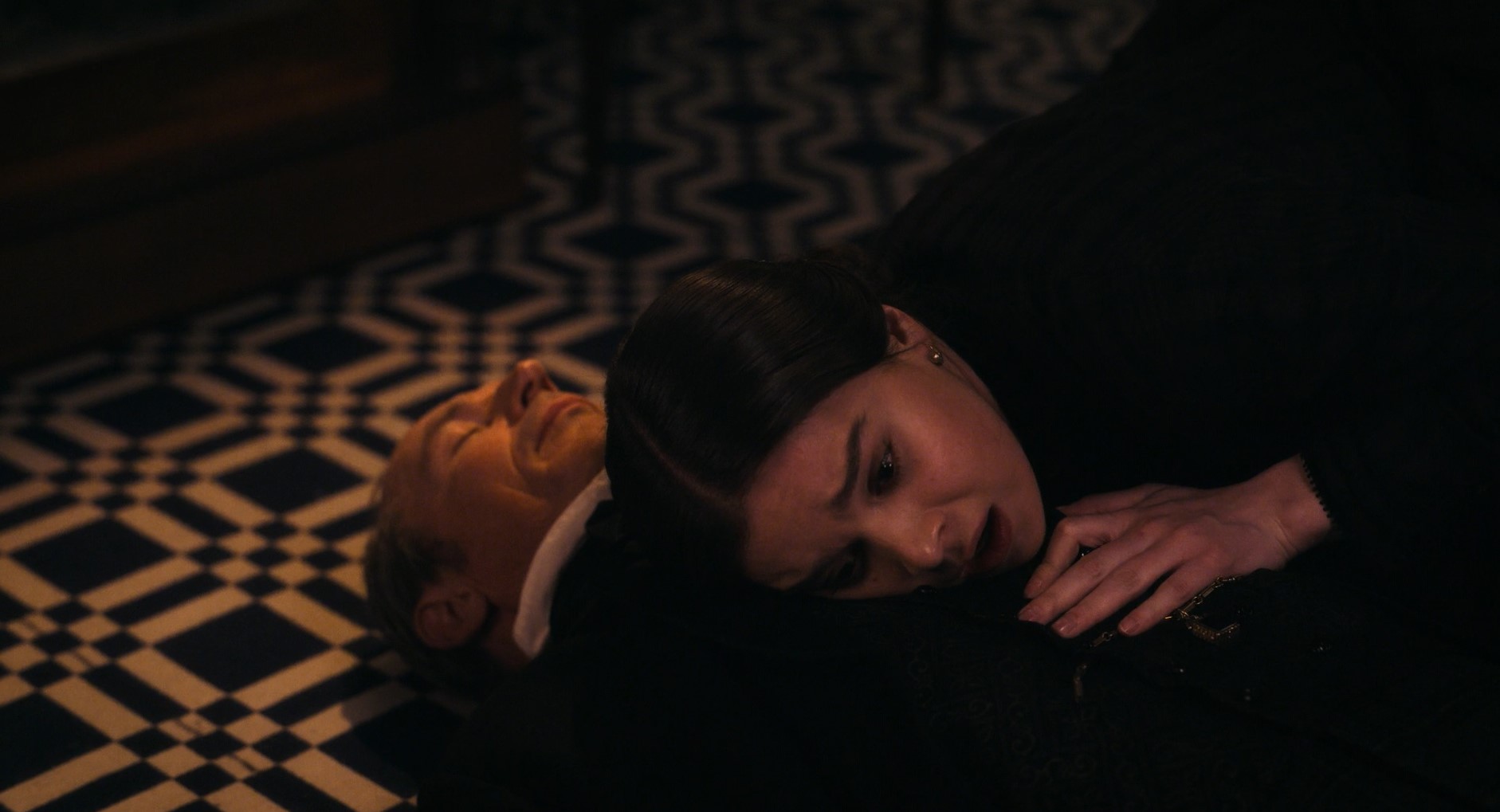 Edward, seething with anger and sorrow, collapses of what seems to be a heart attack. As Emily rushes to her father’s side, Austin exits the house, loudly declaring that he’s seceding from the family. Emily’s mother quietly weeps and Sue begins to get labor pains. Emily realizes that her father is still breathing. She imagines the yellow bird from the funeral flying around the candles in the room. Although Edward is still alive, it is likely that he will face grave health issues and take a long time to recover.

Are Emily and Sue Still Together?

Emily and Sue are still together, but not in the conventional sense of the term. The two best friends are vocal about their love for each other and continue to be physically intimate in secret. However, Emily is uneasy about their intimacy because Sue is carrying Austin’s baby. Sue tells Emily that she wishes her child could have two mothers. Emily states that her poems are her children. 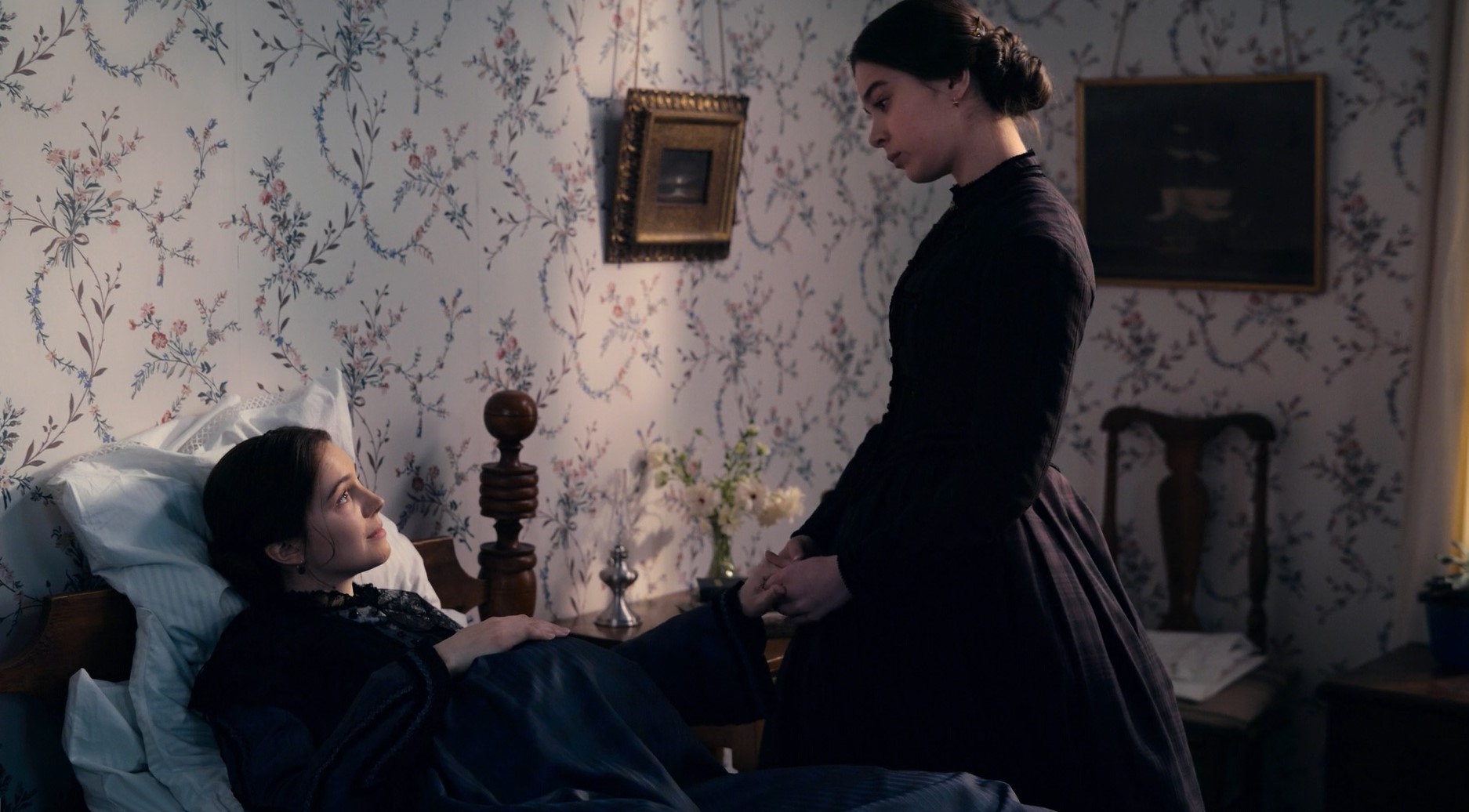 It is clear that both women love each other, but Emily is afraid of how the baby will change their relationship. Even though Sue promises that Emily’s poems will always be important, the rebellious poet cannot help but feel insecure and guilty. Plus, they clearly have different perspectives towards motherhood and marriage.

What is Happening Between Austin and Sue? 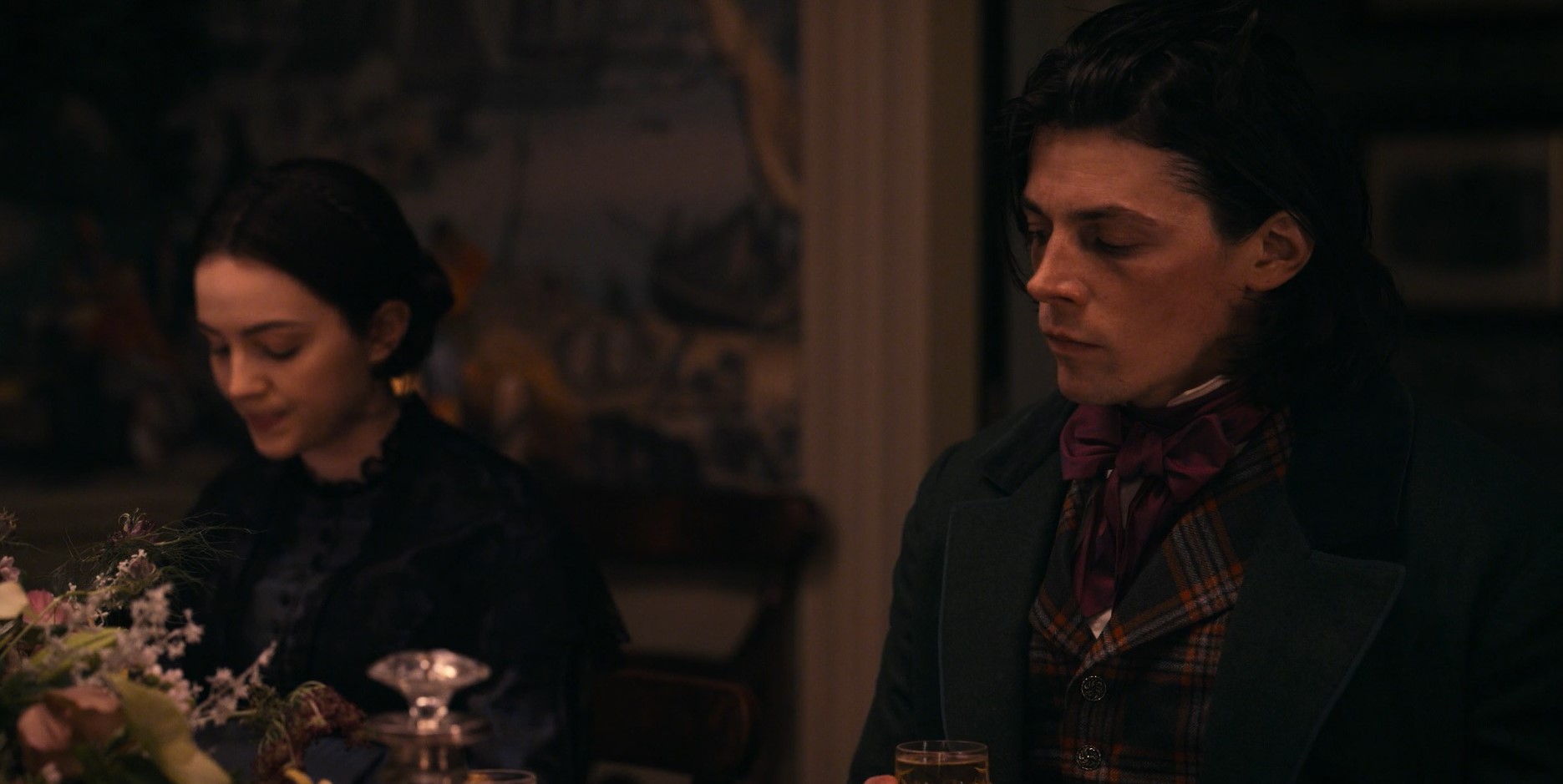 Austin and Sue’s marriage is in shambles. Austin is openly having an affair with Jane Humphrey, who feels guilty about hurting a pregnant Sue. On the other hand, Sue seems to have accepted Austin’s alcoholism and womanizing behavior with a heavy heart, relying on Emily for comfort. She also mentions that Austin accidentally got her pregnant. Austin is clearly mistrustful of Sue (because of her past affair with Samuel Bowles) and doubts whether he is the child’s father. Additionally, he feels closer to his godson (Jane’s son) than to Sue’s baby. Tired of Edward’s authoritarianism and Sue’s lies, Austin chooses recklessness and indifference as his coping mechanisms.