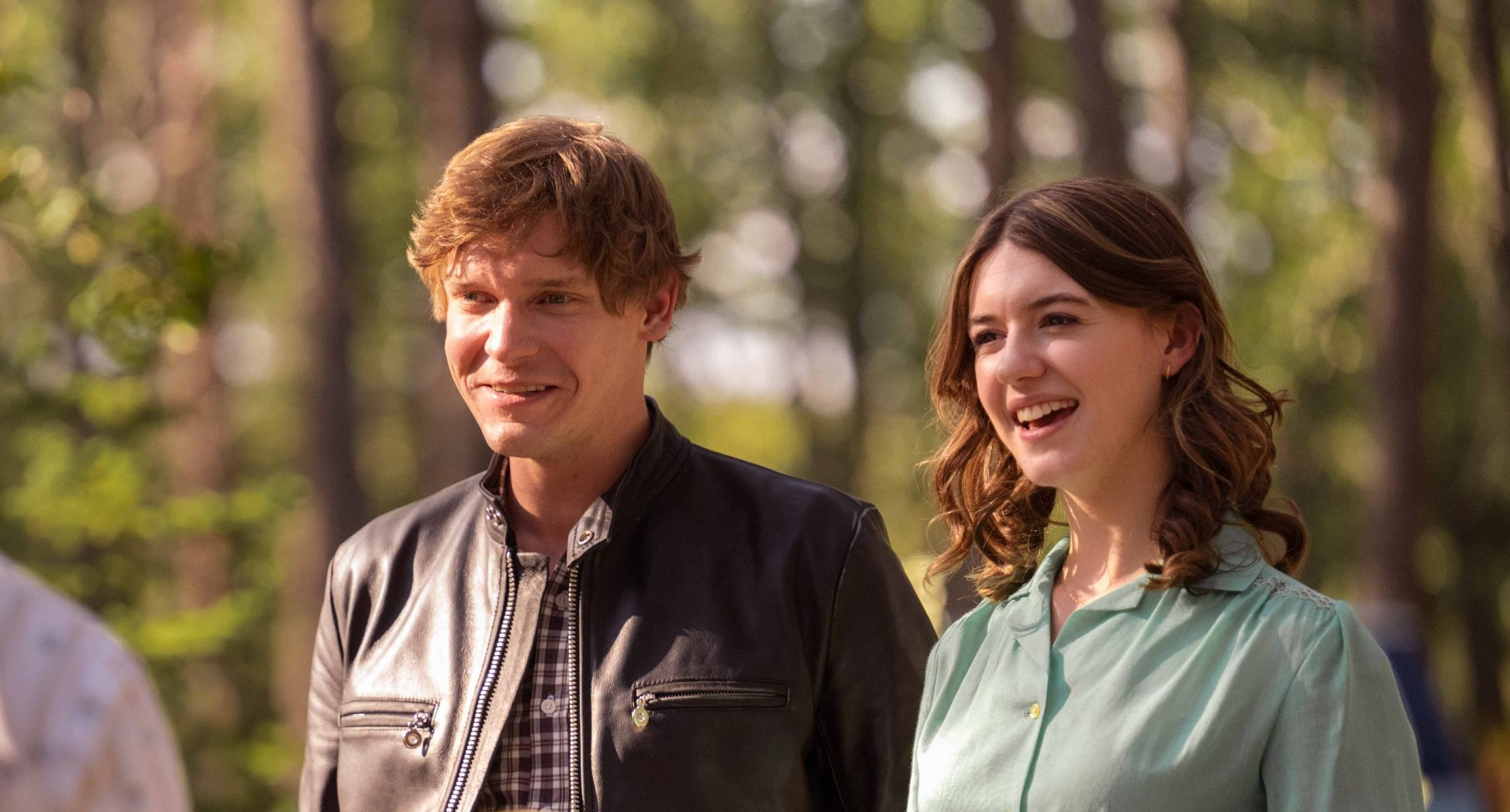 FX on Hulu’s crime series ‘Under the Banner of Heaven’ begins with Detective Jeb Pyre inspecting the crime scene of the double murder of Brenda Lafferty and her daughter Erica Lafferty. After the primary inspection, Pyre encounters Brenda’s husband and Erica’s father, Allen Lafferty, in clothes soaked in blood. Allen becomes the primary suspect as Pyre and his partner Bill Taba move forward with the double homicide investigation.

Pyre and Bill arrest Allen’s brother Robin, who tries to escape from the police. After interrogations, Pyre considers the possibility of Robin being the murderer. Naturally, the viewers must be eager to know whether Allen and Robin were involved in the murders. Well, here’s everything you need to know about the same! SPOILERS AHEAD.

No, Allen and Robin Lafferty did not kill Brenda Lafferty. In the show, Allen becomes the primary suspect of Brenda and Erica’s murders since the husband, as Bill tells Pyre, is always the murderer. Meanwhile, Pyre comes across Robin’s aggressive behavior towards law enforcement. Robin tells him that the Lafferty brothers are committed to safeguarding the rules and interests of God from the threats of the government and its entities. Pyre, who knows that Brenda did challenge the conventional notions of Mormonism practiced by the Laffertys, doubts whether Robin had killed her for living a life that didn’t align with his religious beliefs.

However, the reality is far from what the fictional Pyre and Bill suspect. Brenda, along with Erica, was killed by Ron and Dan Lafferty, the brothers of Allen. According to Jon Krakauer’s eponymous true-crime book, the source text of the show, Allen was taken into custody by the American Fork police as the show depicts and was eventually released. As far as Robin is concerned, the character is seemingly a partially-fictional character, conceived by creator Dustin Lance Black and possibly based on Allen’s brother Mark Lafferty, who wasn’t involved in the crimes.

On July 24, 1984, Ron and Dan Lafferty arrived at Allen and Brenda’s house at American Fork to kill their sister-in-law and niece. As per reports, Ron beat Brenda and strangled her with a vacuum cord before slashing her throat with a knife. Dan, on the other hand, killed Erica by slitting her throat. The brothers believed that they were asked by God to eliminate Brenda and Erica, which motivated them to commit the murders. Ron wrote down the supposed “instruction” he received from God, which was later known as “the removal revelation.”

“Thus saith the Lord unto my servants the prophets. It is my will and commandment that ye remove the following individuals in order that my work might go forward. For they have truly become obstacles in my path and I will not allow my work to be stopped,” Ron wrote in the note. “First thy brother’s wife Brenda and her baby, then Chloe Low and then Richard Stowe. And it is my will that they be removed in rapid succession,” the note further dead. Ron and Dan couldn’t kill Chloe and they eventually dropped the plan to kill Richard Stowe.

Ron and Dan were subsequently arrested and tried separately. Ron was sentenced to death. However, he died on November 11, 2019, due to natural causes while imprisoned in Utah State Prison on death row. Dan was sentenced to two life sentences, to be served concurrently. In an interview given in July 2004, Dan expressed that he does not repent for what he did. “Allen once asked my mom why I wouldn’t repent. There’s some things you can’t repent for. I’m sure Allen thought I was talking about an unpardonable sin. What I meant is, you don’t repent for things that aren’t wrong,” Dan told Deseret News.